Accessibility links
Interview: Edwidge Danticat, Author Of 'Everything Inside' Most of the characters in Edwidge Danticat's new collection are Haitian American, and Haiti is often in their hearts and on their minds. Danticat says the stories reflect her own immigrant experience. 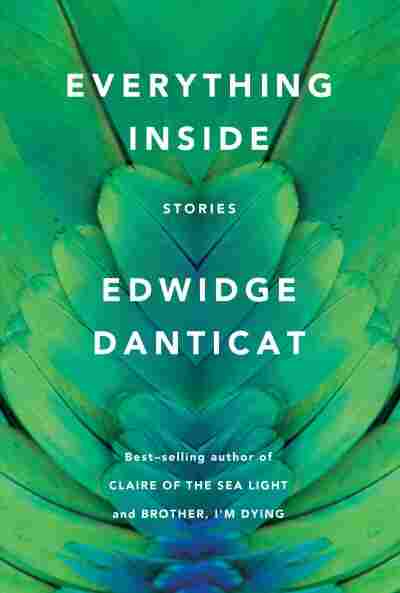 In a new short story by Edwidge Danticat, a mother and daughter need to have a hard talk. So they go out to dinner — which the daughter finds ironic. "The daughter thinks, why do people wait until they're in a public place with a mouth full of food to reveal the most horrible news," Danticat says. "And a lot of us do that! You're like, let's go out to dinner, I have some news for you."

The bad news in this story involves the main character's family, and her country of origin. She's from Haiti — most of the characters in Danticat's new story collection Everything Inside are Haitian American. Natural and political disasters have sent many of them fleeing to the U.S; they live in New York or Miami, but Haiti is often in the hearts and on their minds.

Danticat says the book reflects her own experience as an immigrant — her father came to America when she was only two years old and overstayed his tourist visa. Her mother followed when Danticat was four, and together the two lived undocumented for about eight years. "And during that time we were separated," she says. "I stayed in Haiti with my aunt and uncle. And when I was 12, after they had changed their status and got their papers, then they were able to send for me and my brother, to join them in Brooklyn, New York, in 1981."

On being separated from her parents for so long. 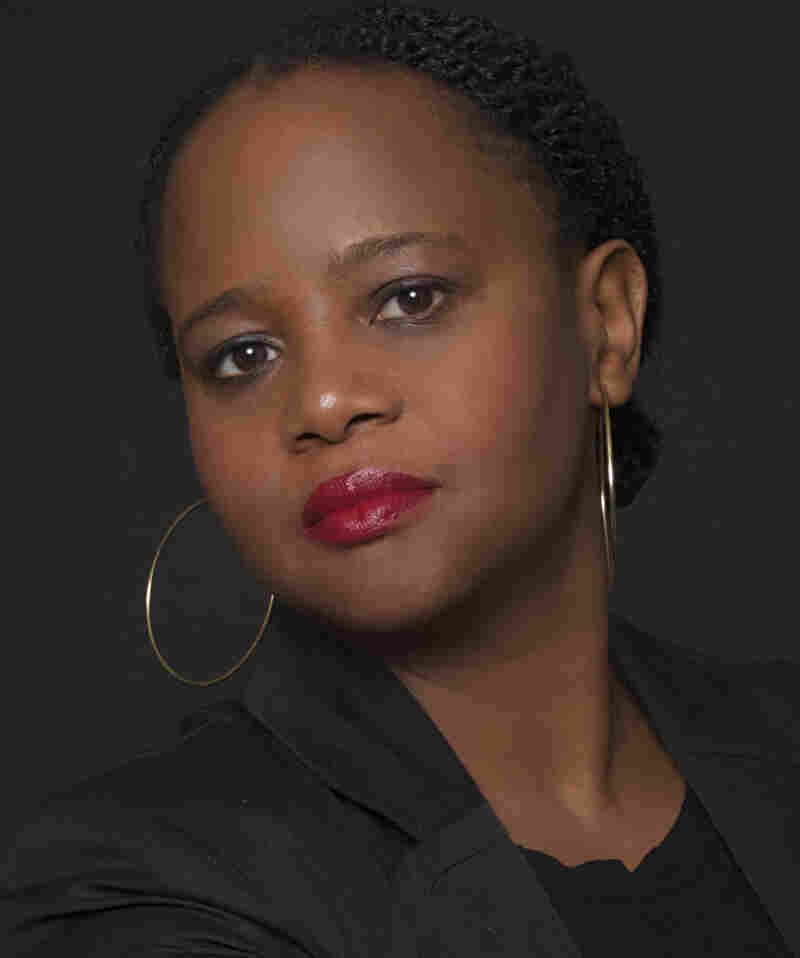 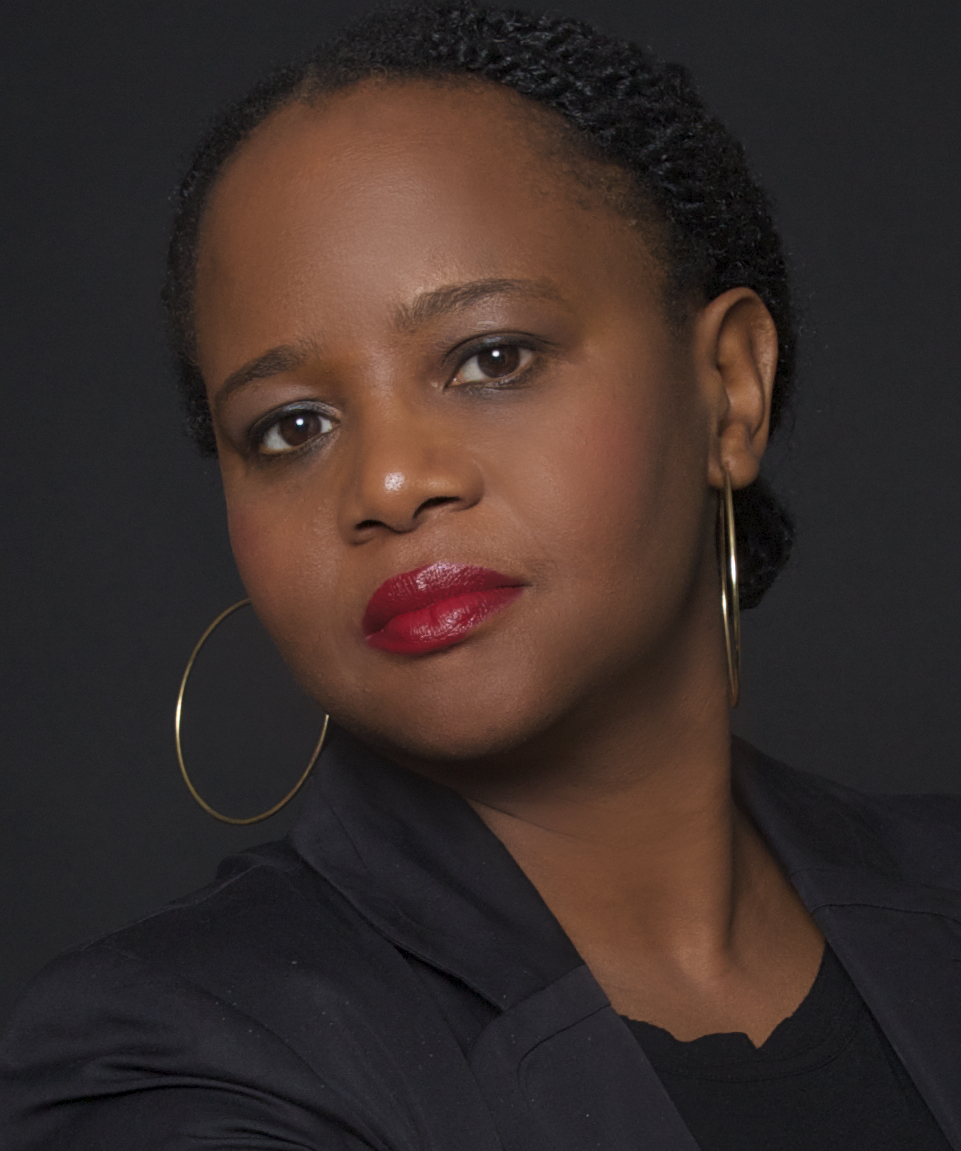 It wasn't easy, but it was the lot of so many of us, and even in the house where I was growing up, my aunt and uncle were looking after my cousins whose mother was in Canada, and another cousin whose father was in the Dominican Republic. And our parents had made this choice so that we could have a better life. You know, they could have either stayed with us and struggled and tried to make a living, or they thought that they could carve out a future for us by going abroad and leaving us behind, and then later sending for us.

I mean, we see a lot of the parallels in the news right now. And then what we're seeing with parents and children, and the way parents are being forcibly separated from their children. When the parents make that choice, they know they're taking a big risk with their children. However, it's just that they might be in such a devastating situation that they're thinking, I'm sacrificing in this moment so that my child can have a better future.

My father died in 2005, and I've had to make that journey to see him. I remember going to his bedside soon after my daughter was born and literally presenting my newborn to him, and and having them meet, and then also losing my Uncle Joseph in immigration custody in 2004. He was 81 years old. He was a father figure to me, because he had raised me in the absence of my parents. And in 2004 there was some trouble in Haiti, and he had a valid visa, but he took a flight and came to Miami. And when he got to the airport they asked him how long he would be staying. He requested asylum, and he was detained, and he died without his medication which was taken away from him, five days later, in a county hospital chained to a bed. And I tried very hard to go see him during that time, and I never got that last moment that the character in the story gets, to say a final goodbye to him.

On what loving America and loving Haiti means for her

Coming To Terms With Loss And Grief In Gorgeous 'Everything Inside'

Loving Haiti, you know, comes in the blood. And loving America, being grateful for what it's afforded my family, there are so many Americans now in my family. That's what also makes it sad to see what's happening now, in terms of how new immigrants are being scapegoated, to hear about children who could have been myself, dying at the border for lack of medical care. There's a kind of ache for for both places at the moment, a kind of ache for the troubles that Haiti has had. And then the kind of ache for this, for my second home, the place that had received my family, to see the way that others like us are being treated here at the moment.

America has a very complicated history with Haiti in terms of occupations and interventions. So that has always been part of my formulation of how I see America. You know, before we came to America, in many ways, it came to us — you know, from 1915 to 1934. So I've always had a very nuanced view of America. But the America we see these days — and it's not all Americans, it's not all of America — but the most visible representation of America through the presidency we have, and and how people like me are viewed. It's certainly helping me to reshape, and sort of worry about the future that my children, who are U.S. born, what future they will face as black children of Haitian immigrants in this country.

Well I sometimes feel like I belong here. And then often I'm reminded by certain things — like when my uncle died in immigration, I was, you know, I felt like "Oh I thought I belonged. And yet I couldn't save my uncle from the jaws of death, from the immigration service," so often, I think, these days more than ever, we are reminded that whether or not we belong is not defined by us.

This story was edited for radio by Emma Talkoff, and adapted for the Web by Petra Mayer.