Accessibility links
These 5 Fire-Breathing Books Will Warm The Hearts Of Dragon Fans Has the end of Game of Thrones and the long wait for the next Song of Ice and Fire book got you, uh ... dragon? We've rounded up some of this year's best scales-and-wings reads to help fill the void. 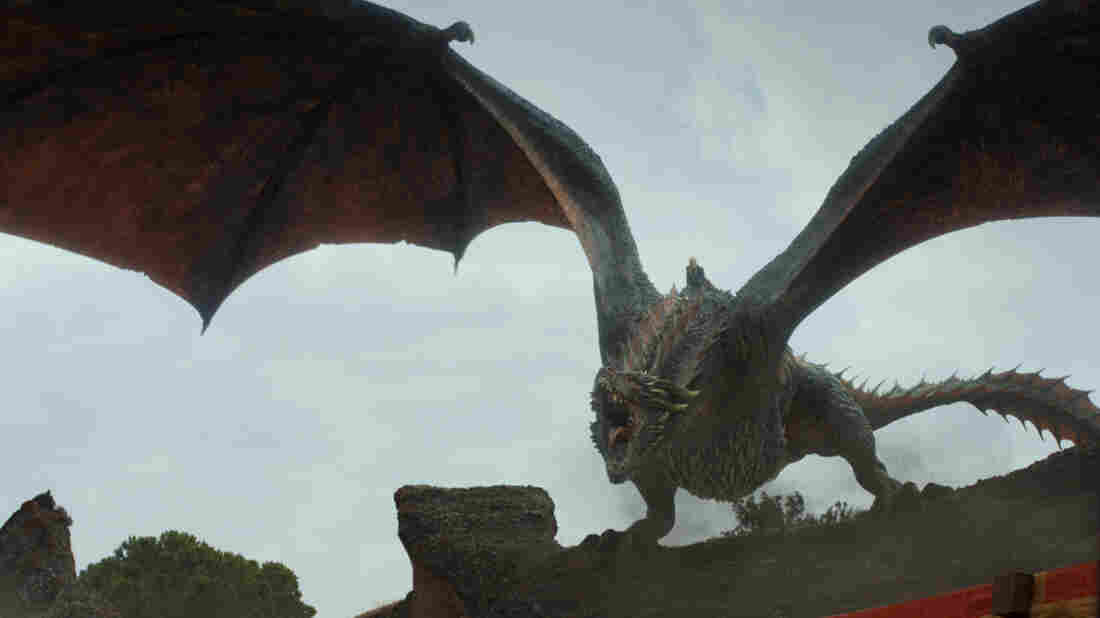 Where are my dragons? Get your fix with these five fire-breathing reads. HBO hide caption 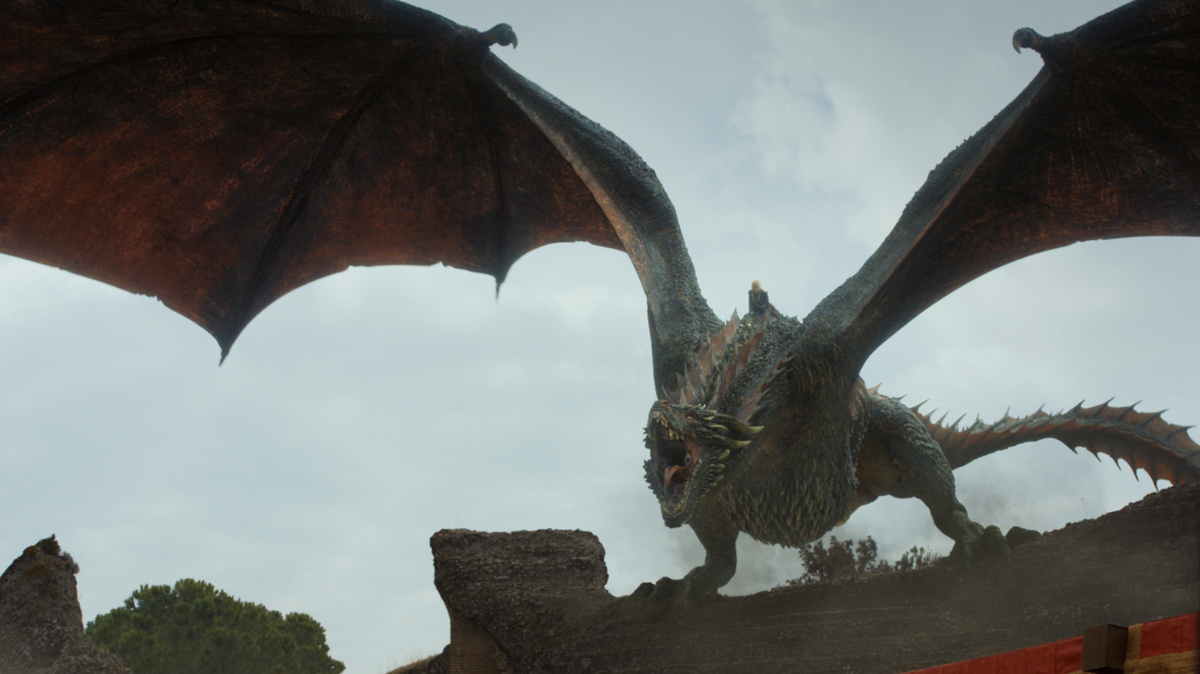 Where are my dragons? Get your fix with these five fire-breathing reads.

The end of Game of Thrones — not to mention the long gap between installments of George R. R. Martin's A Song of Ice and Fire — has left a smoldering, dragon-shaped hole in the hearts of fantasy fans. Dragons have been a staple of fantasy literature since The Lord of the Rings, and everyone from Ursula K. Le Guin and Anne McCaffrey to Robin Hobb and Naomi Novik have expanded upon the collective mythology of our favorite giant lizards. There's something primal about the appeal of dragons: their beauty, their majesty, their mystique, their bottomless symbolism. But what will fill the current void in dragon fandom? Luckily, this year so far has seen a raft of new, dragon-centric novels that explore these creatures on an epic scale — sometimes traditionally, sometimes radically, but all with fire-breathing fabulousness.

The Ruin of Kings

One of the most immersive new fantasy series of 2019 is Jenn Lyons' A Chorus of Dragons. The first book in the series, The Ruin of Kings, came out in February, and it established the empire of Quuros, a place where the magical Academy helps protect the citizenry from the threat of monsters that abound in the land. One of the most profound yet tricky of these menaces are the dragons, an ancient race that's been known to defeat God-Kings, yet hibernates for centuries at a time, making them particularly hard to anticipate and counter once they awake. One such conscious dragon is Sharanakal, otherwise known as The Old Man, an elemental force contained in the body of a leviathan lizard — and a being whom Khirin, a gutter-raised thief with a noble heritage, must learn to contend with.

Blood of an Exile

The first book in the Dragons of Terra series doesn't skimp when it comes to the giant reptiles. Brian Naslund's Blood of an Exile takes place in a realm rife with dragons, and the protagonist, Silas Bershad the Flawless, is a fallen hero who seeks redemption by undertaking a perilous trek — and if that sounds like a fairly straight-up fantasy scenario, you're not wrong. Rather than rewriting the rulebook, Naslund imbues Bershad's meat-and-potatoes exploits as a legendary dragon slayer — the most successful in all of history, despite the fatal flaws that make his name ironic — with deep characterization, philosophical insight, a colorfully wrought world and enough sword-swinging to satisfy the heartiest bloodthirst.

If Blood of an Exile doesn't fulfill your recommended allowance of dragon slaying, well, there's Dragonslayer. Kicking off a trilogy of the same name, the novel resembles A Song of Ice and Fire in one key way: Dragons are, at least at first, thought to be extinct. The story's main character, Guillot dal Villevauvais — a former member of the king's guard grieving the death of his family — is swiftly disabused of the notion that dragons no longer exist. He's tasked to kill one of these supposedly nonexistent beasts, and his quest becomes complicated after said dragon turns out to be a complex character in and of itself. Twisting tropes while treasuring them, Dragonslayer is one of the most refreshing of 2019's crop of dragon books.

The most recent book to add to this year's dragon mythos just so happens to be written by one of the contemporary masters of dragon lit: Marie Brennan. Her Memoirs of Lady Trent series established a fertile setting full of dragon biology and lore, all told with scientific rigor. But where Memoirs focused on the eponymous Lady Trent, its spinoff novel, Turning Darkness Into Light, deals with Lady Trent's granddaughter, Audrey Camherst, and her own adventures in a fictionalized Victorian world where dragons rule the seas and skies and political intrigue lurks behind every corner — all told in the rich, epistolary style of the original series. And although Darkness is a sequel to Brennan's beloved pentalogy, it works beautifully as a standalone novel for newcomers to her elaborate, dragon-centric world.

Due to be published in September, The Bone Ships has already built up plenty of anticipation — and with good reason. The opening installment of R.J. Barker's The Tide Child Trilogy, the novel is set in a seafaring milieu called The Hundred Isles, torn apart by contentious nations who wage war on the oceans. But the book's greatest angle is how it portrays dragons. Long thought extinct, these aquatic creatures have been exhumed and used as building materials: Their bones are turned into the skeletons of the ships, then used to fight never-ending maritime battles. Joron Twiner is a conflicted sailor caught up in the pursuit of a supposedly still-living dragon. Barker's previous series, the acclaimed The Wounded Kingdom Trilogy, was a powerhouse of gritty fantasy, and The Bone Ships promises to launch one of this season's greatest, grandest dragon sagas.