Biden Hears Frustration From Labor Union In His Campaign's Backyard

Biden Hears Frustration From Labor Union In His Campaign's Backyard 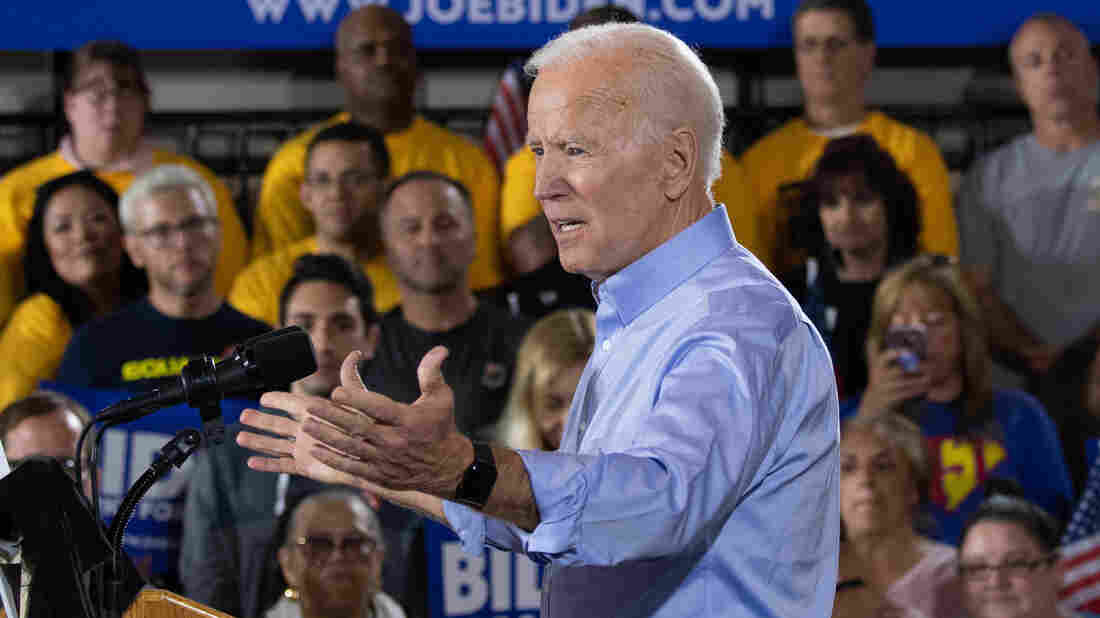 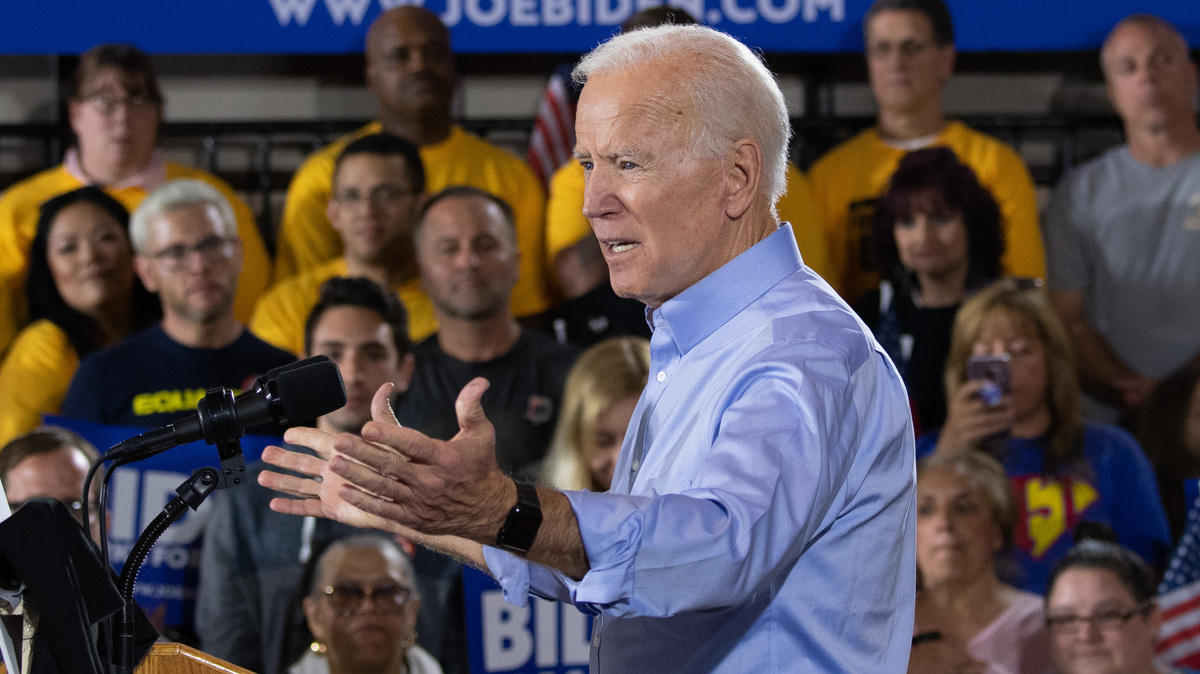 Former Vice President Joe Biden has heavily courted union votes, but a powerful labor union in his campaign's home base of Philadelphia, crucial in a general election, is feeling snubbed.

Former Vice President Joe Biden plays up his Pennsylvania roots as much as anything and has heavily courted organized labor in his presidential campaign, but a key union in Biden's backyard is feeling neglected by the leading Democratic candidate.

At issue is a forum the AFL-CIO's Philadelphia branch is holding Sept. 17, which the union is branding a Workers' Presidential Summit. Seven candidates have agreed to attend so far, including Vermont Sen. Bernie Sanders, Minnesota Sen. Amy Klobuchar, billionaire activist Tom Steyer and entrepreneur Andrew Yang. But Biden is not among them.

"He always calls himself a Pennsylvanian at heart. His headquarters are here in Philadelphia. But his folks haven't found the importance of coming together and talking to our workers. And so that's very disappointing," AFL-CIO Philadelphia Council President Pat Eiding told NPR. "There's got to be some respect for the working people, if they want their vote."

The 150,000-member union is a key political player in the most important Democratic region of what could be the most important swing state of the 2020 presidential campaign, where total union membership in 2018 was about 700,000, over 12% of the state's workforce.

The leadership has been feeling slighted by Biden since the opening hours of his presidential run. The day he announced his candidacy in a video, Biden traveled to Philadelphia for a high-dollar fundraiser organized by David L. Cohen, the senior executive vice president of Comcast.

Biden held his first campaign rally at a Pittsburgh union hall three days later, but Eiding and his members were annoyed. "Our good friend Joe Biden, from down the road a bit, he makes his announcement in Philadelphia," Eiding said. "First place he goes is [the home of] the head of Comcast. No connection with labor. And they go forward. And it was a little disturbing because I thought, 'Well, here we go again.' "

Biden's campaign spokesman Andrew Bates rejected the notion that Biden is neglecting labor. "Vice President Biden is as proud to call Patrick Eiding a friend as his campaign is to call Philadelphia home," he said in a statement. "Shortly after he received the endorsement of the International Association of Firefighters, the very first rally of Joe Biden's campaign was held at a Teamsters hall in Pittsburgh, where he shouted-out the unions represented in the audience. Joe Biden has fought for working people his entire life, and as he said at his official campaign launch in Philadelphia, as president he would strive every day to build 'an economy that rewards work, not just wealth.' "

Biden has attended several labor-focused candidate forums, including recent events in Iowa and Las Vegas. Biden allies in Pennsylvania politics attribute the forum snub to scheduling conflicts, though the Biden campaign doesn't deny that it has strategically avoided several multiple-candidate forums in an apparent effort to maintain the former vice president's image as an above-the-fray front-runner.

Still, a group that should be a key ally is upset, and Eiding has made it clear he thinks the AFL-CIO's statewide chapter should hold off on endorsing Biden or any other Democratic candidate for now.

If he ends up as the Democratic nominee, Biden will need strong labor support in southeastern Pennsylvania. Democrats traditionally carry the state by running up their margins in Philadelphia and the surrounding suburbs. Clinton's net Philadelphia vote total in 2016 was about 20,000 votes smaller than former President Barack Obama's 2012 margin — a difference that accounted for about half of President Trump's narrow statewide victory.

Many factors contributed to that, including lower enthusiasm among African American voters, but study after study showed Trump did better among union members than most recent Republican presidential candidates. And Eiding says, "labor in Philadelphia moves the vote."

"Biden's going to have to decide to what extent he's got to reach out," said Terry Madonna, a longtime Pennsylvania political observer and pollster who runs the Center for Politics and Public Affairs at Franklin and Marshall College. "My sense is, if he reaches out properly, I think he can heal those wounds."

Madonna argues Biden is a natural ally for most labor groups but points out that "Bernie Sanders has really made appeals" to labor.

Sanders has visited several picket lines and union rallies this year, including an appearance last month protesting the closure of a Philadelphia hospital. His campaign says it has sent "hundreds of thousands of emails and a half-million texts" to supporters urging them to participate in strikes and other union actions.

It's something Eiding made a point to raise, noting in the interview that: "Senator Sanders certainly sees Philadelphia as important enough to talk here."