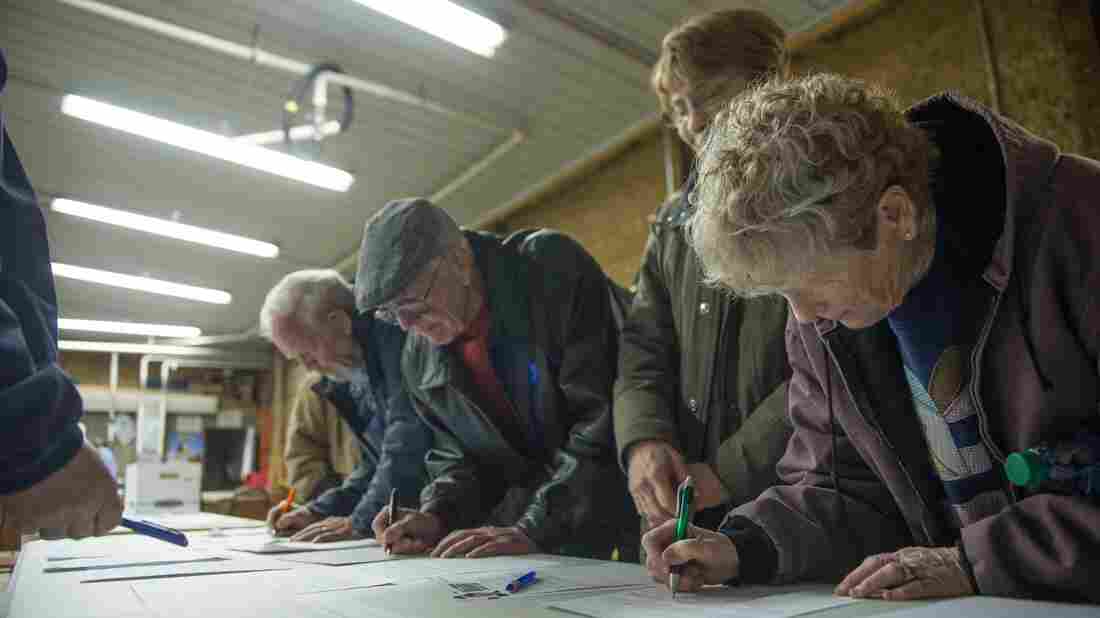 Participants sign in at a Democratic Party caucus at Jackson Township Fire Station in Keokuk, Iowa, on Feb. 1, 2016. The DNC has scrapped a virtual caucus plan for 2020. Michael B. Thomas/AFP/Getty Images hide caption 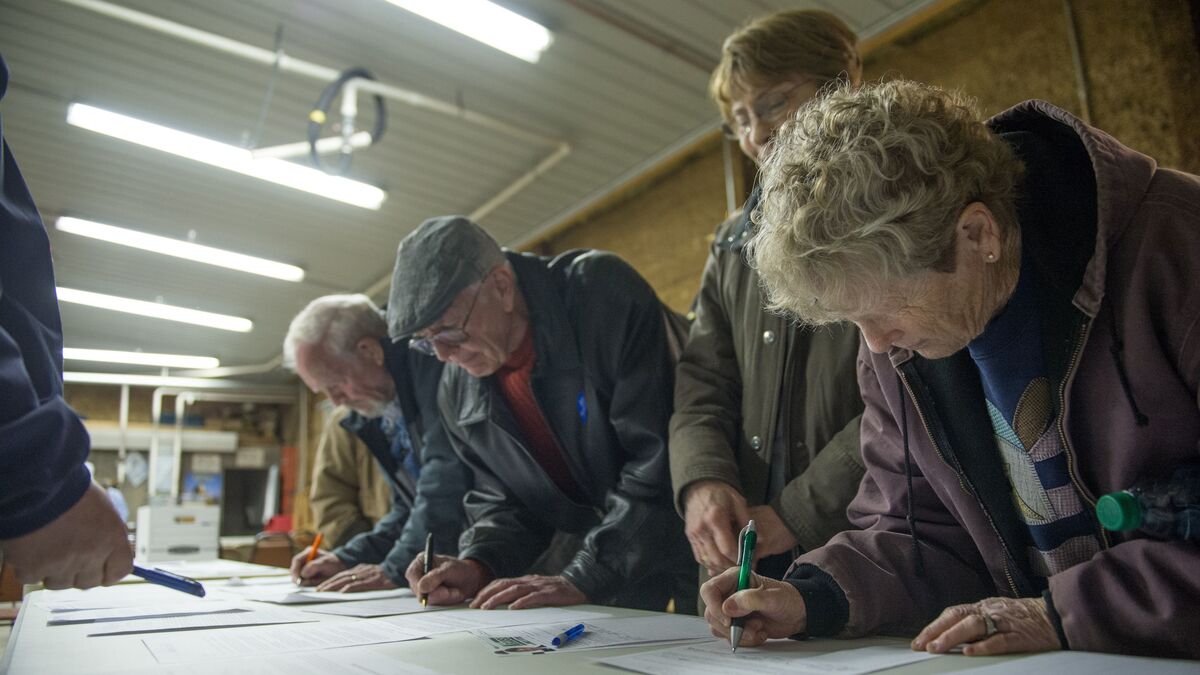 Participants sign in at a Democratic Party caucus at Jackson Township Fire Station in Keokuk, Iowa, on Feb. 1, 2016. The DNC has scrapped a virtual caucus plan for 2020.

Security concerns have prompted the Democratic National Committee to recommend nixing a plan that would have allowed Iowans and Nevadans to remotely caucus for candidates next year.

Supporters have long argued that "virtual caucuses" would open up Iowa's first-in-the-nation presidential contest, which requires caucusers to physically attend sometimes hours-long events to declare their choice for president.

But upon the recommendations of security consultants, the Democratic National Committee said Friday that it is recommending its Rules and Bylaws Committee reject Iowa's and Nevada's plans when it votes next week.

"There is no tele-caucus system available that meets our standard of security and reliability given the scale needed for the Iowa and Nevada caucuses and the current cybersecurity climate," said DNC leadership in a statement.

"For these reasons, we are recommending to the committee that virtual caucus systems not be used in the Iowa and Nevada 2020 caucus processes."

Iowa's caucuses require voters to go out in brutally cold February weather. And because the caucuses take place at set times and set places, people with inflexible hours at work also have trouble attending.

Predictably, all this has suppressed turnout and led to many calls for reform. In 2016, the Iowa caucus turnout rate was under 16 percent for the primary elections.

The plan proposed by the state party would have allowed people to participate in one of six virtual caucuses in late January or early February.

The technical details had not been made public, but an initial plan released earlier this year said the virtual caucuses "may include a teleconference, online virtual conference or another secure method."

In July, Iowa party officials said the caucus would be accessible by phone, The Associated Press reported. Nevada had proposed a similar plan for its caucuses later in February.

Some polling suggested that "virtual" participation could have increased turnout in the Iowa caucus by almost 30 percent.

But after reviewing preliminary technical plans, data flow designs and vendor contracts that the state parties provided, the DNC's chief security officers said in a memo that they "concluded that currently, there is no tele-caucus system available that is sufficiently secure and reliable."

The veto by the national Democratic Party underscores the constant tension in voting practices between accessibility and security, as well as the tricky political balance that comes with weighing both at the same time.

Security experts say that it is not yet possible to truly secure voting over the phone or Internet.

"If you're doing phone voting or Internet voting, it's pretty much garbage in, garbage out. You don't really know what you're getting in or what's coming out the other side," said Joseph Lorenzo Hall, the chief technologist at the Center for Democracy and Technology.

"This is why we often demand a paper record — a software-independent, indelible record that can be recounted later. It can't be hacked."

A source familiar with the DNC's decision said Iowa's plan would pose a "huge risk" of foreign interference — and that several Democratic candidates had voiced concern about that risk as well.

Hall agreed with that assessment.

Notably, presidential campaigns were hesitant to weigh in publicly on the DNC's decision in the initial hours after it was first reported.

Former Housing and Urban Development Secretary Julián Castro was among the first to respond Friday, issuing a statement blasting the national party's move as "a decision that will disenfranchise tens of thousands."

"For years, our party has fought for increased access to the ballot, most recently evidenced by the legal struggles in Georgia, North Carolina, and my home state of Texas. This decision goes against everything our party says we stand for," Castro said.

He said the Hawkeye State needs to reform the way it selects candidates.

"As I've campaigned in every corner of Iowa, I've heard from teachers, home care workers, nurses, single parents, shift workers, and senior citizens who tell me the same thing: One night of caucusing is not enough," Castro said.

But Sen. Ron Wyden, D-Ore., who is not running for president but has become an outspoken supporter of election security upgrades, said the DNC has made the right decision.

"Expanding caucus participation is a worthy goal. However, phone and Internet-based caucusing is simply too vulnerable to attack by foreign hackers," Wyden said.

"Other options, like hand-marked, ranked-choice paper ballots for absentee caucusgoers, would also increase turnout while providing strong protections against hacking," he said.

Democrats are on high alert over cybersecurity risks following a 2016 election that saw Russian hackers break into party networks and release internal emails that were damaging to Hillary Clinton's presidential campaign.

There is no evidence any votes were changed in the election or any data were manipulated. Even so, a Senate intelligence committee report released this summer alluded to the possibility of future attacks that could target voting systems.

Iowa Democratic Party Chair Troy Price said in a statement that he was disappointed in the party's decision but that he remains confident "the 2020 Iowa Caucuses will be our best yet, and set the standard for years to come."

"While only five months remain before the caucuses, we will explore what alternatives may exist to securely increase accessibility from previous years given the time allowed," Price said.

Observers said the DNC made the right decision to rein in the Iowa virtual caucus.

"Showing restraint usually isn't exciting or flashy," wrote Joshua Geltzer, a former official with the National Security Council, after news of the DNC's decision became public. "But it can be admirable."