Accessibility links
Great Barrier Reef Outlook Very Poor Because Of Climate Change, Australia Says "Despite concerted efforts and investments, the condition of the Great Barrier Reef has declined since 2014, and this is largely due to the impacts from climate change," the main scientist said. 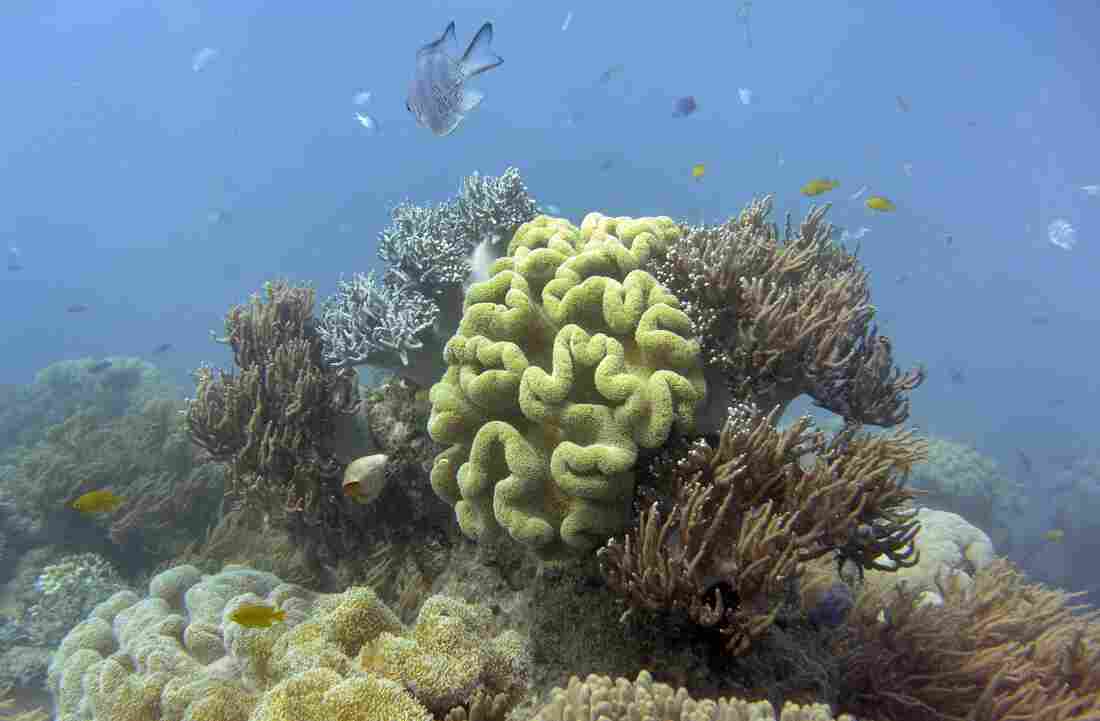 The Australian federal government has downgraded its long-term outlook of the Great Barrier Reef to "very poor," and it says that climate change is the most significant threat. William West /AFP/Getty Images hide caption 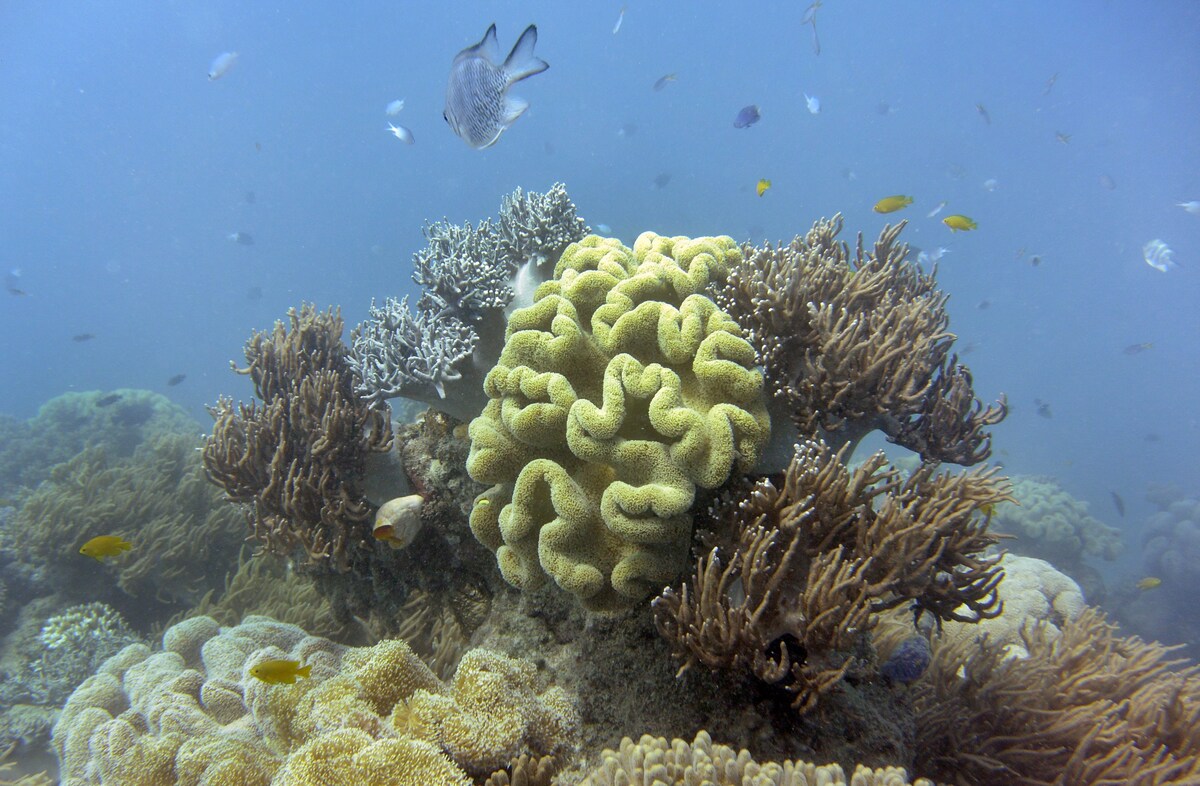 The Australian federal government has downgraded its long-term outlook of the Great Barrier Reef to "very poor," and it says that climate change is the most significant threat.

A major Australian government report is warning that the time to take action to protect the Great Barrier Reef's long-term future is now.

The Australian federal government says the overall outlook of the reef to "very poor," a downgrade from the "poor" grade assigned to the reef in 2014, the last time Australia released this type of report.

The biggest threats to the reef remain the same as in 2014: climate change, runoff from the land, coastal development and some kinds of fishing.

"What has changed this time is the increasing prominence of climate change as a greater threat than the others," says Wachenfeld.

The Great Barrier Reef Marine Park Authority released the first report of this kind 10 years ago. At that time, "the Reef was considered to be at a crossroads between a positive, well managed future and a less certain one."

Five years ago, the report says that it "was seen as an icon under pressure, with continued efforts needed to address key threats," such as climate change.

Now, the situation has deteriorated. "The outlook is no longer about forecasting the effects of climate change; the Region and those people dependent on it are already experiencing climate change and, as a result, a changed and less resilient reef," the report states.

The prescription is clear, the scientists say: "Initiatives that will halt and reverse the effects of climate change at a global level and effectively improve water quality at a regional scale are the most urgent to improve the Region's long-term outlook."

And the ecosystem's short- and medium-term future depends on what happens in the next five to 10 years, the report states.

There are a few bright spots in the report. For example, it says that populations of humpback whales and southern green sea turtles are showing signs of recovery after conservation efforts. And water quality is showing signs of improvement in some areas impacting the reef, but slowly.

Without significant improvement in the climate change trajectory, the report estimates that by about 2030, the reef could look more drab, with fewer fish. Seagrass meadows could experience major losses. And the reef could face major marine heatwaves every year.

The report encourages people to not become overwhelmed by the sheer scope of the problem. It says: "It is important not to lose optimism by thinking the job is too big, or to think that a changed Reef is far in the future – actions taken now will matter."