Accessibility links
Trial Date Set For 5 Men Charged In 9/11 Terrorist Attacks A U.S. military court judge in Guantánamo Bay, Cuba, has set a trial date of Jan. 11, 2021, though a number of other deadlines would need to be met for the trial to begin then. 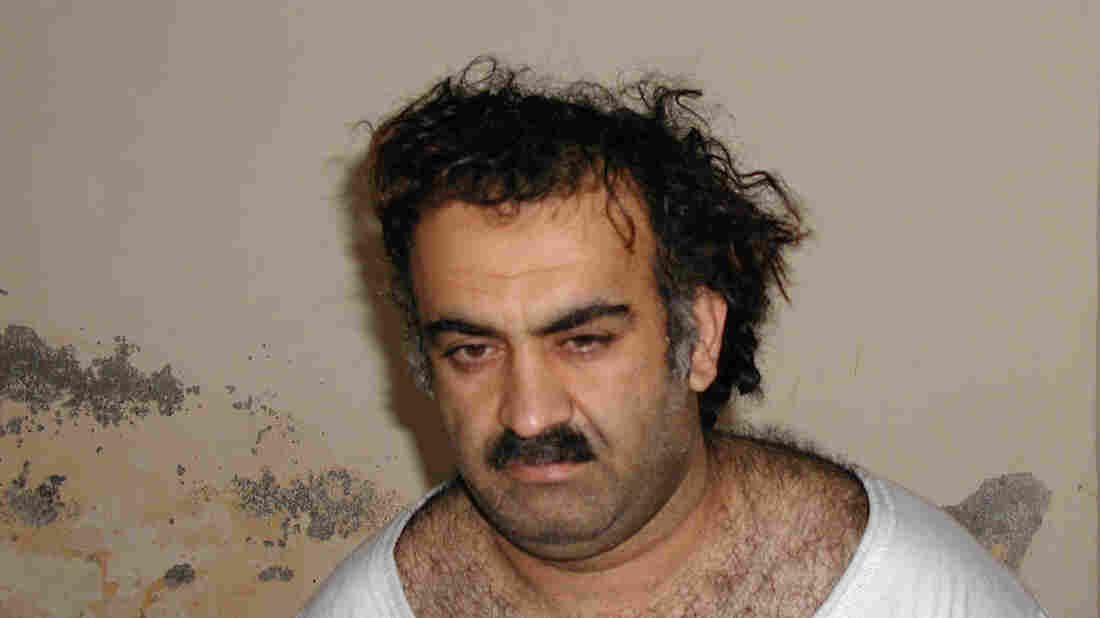 Khalid Sheikh Mohammed, seen shortly after his capture during a 2003 raid in Pakistan, is accused of masterminding the Sept. 11, 2001, terrorist attacks that killed nearly 3,000 people. AP hide caption 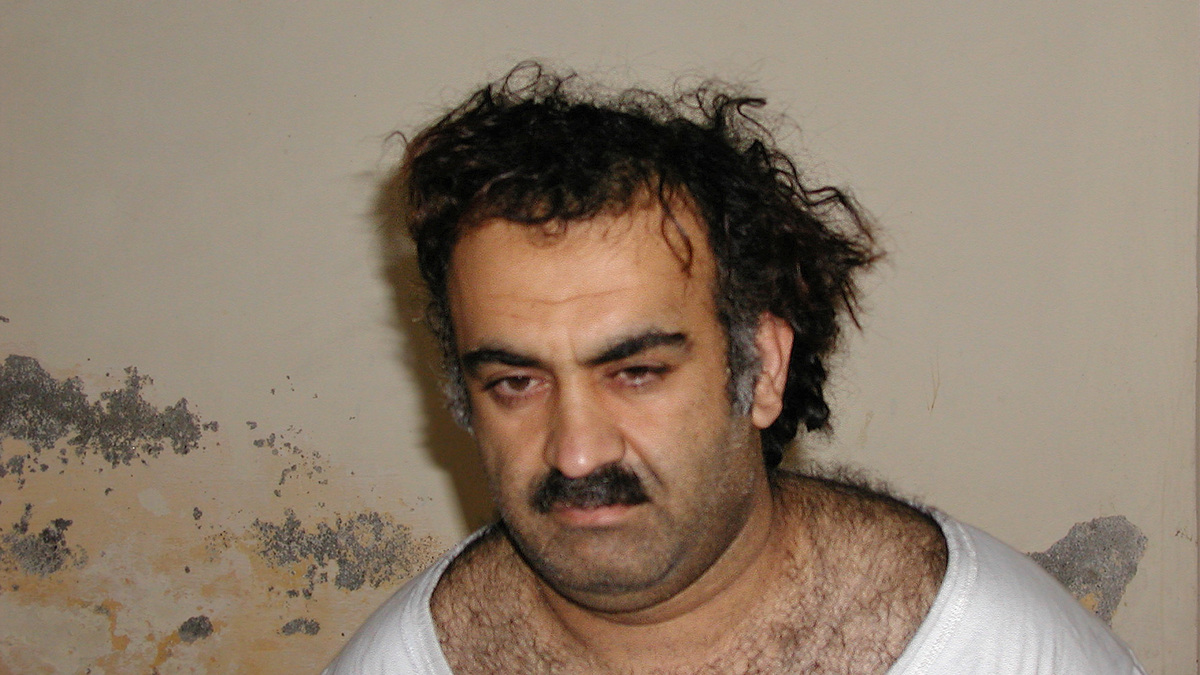 Khalid Sheikh Mohammed, seen shortly after his capture during a 2003 raid in Pakistan, is accused of masterminding the Sept. 11, 2001, terrorist attacks that killed nearly 3,000 people.

For the first time, a U.S. military court judge in Guantánamo Bay, Cuba, has set a trial date for Khalid Sheikh Mohammed and the other four men charged with plotting the terrorist attacks of Sept. 11, 2001.

Judge W. Shane Cohen, an Air Force colonel who took over the case in June, said the trial should begin on Jan. 11, 2021, though a number of other deadlines would need to be met for the long-delayed trial to begin.

That includes the U.S. government turning over all evidence it is required to give to defense attorneys. Lawyers for the five defendants say prosecutors have not been forthcoming.

Several defense attorneys told NPR they think the scheduled trial date is unrealistic, and they say Guantánamo isn't physically ready for a trial of that magnitude. But prosecutors have been asking for a trial date for several years and say that finally having one will motivate all parties to meet the deadline.

Mohammed, alleged mastermind of the attacks, and his four co-defendants are charged with war crimes punishable by death for allegedly helping 19 airliner hijackers carry out the plot nearly two decades ago.

Dozens of pretrial hearings already have been held in the case. The lawyers involved fly to Guantánamo for hearings that usually last a few days. When the hearing ends, the court is typically adjourned for a couple of months.

The complicated nature of the case, combined with these logistical challenges, has led to the repeated delays.

Hearings are planned for next month, where defense attorneys will try to bar confessions made by defendants to FBI agents in 2006. The lawyers are arguing that any confessions were tainted by harsh interrogations carried out by the CIA in the early days of the detentions.

After Mohammed's capture in Pakistan in 2003, he and the other four defendants — identified as Walid bin Attash, Ramzi bin al-Shibh, Ammar al-Baluchi and Mustafa al-Hawsawi — were brutally interrogated in a network of overseas secret CIA prisons, known as "black sites," before being turned over to the U.S. military.

In addition to his role in the twin tower strikes, Mohammed has also has been linked to the 1993 World Trade Center bombing, the murder of journalist Daniel Pearl in 2002, and the 2003 Jakarta Marriott bombing, as well as several other attacks orchestrated by the al-Qaida network.

The 2021 trial date was included in a trial conduct order issued by Cohen, who, as of June, became the third judge in the case since 2012. The order also sets a series of deadlines for the case, including a mandate for the government to provide the defense access to a magnetic resonance imaging machine and a protocol for requesting MRI scans by Oct. 1, 2019.

Mohammed's lawyers have argued brain scans prove the former al-Qaida leader suffered traumatic brain injuries at the hands of the CIA, which could cause the court to spare him the death penalty. They have been seeking for years to conduct more studies.

Of the nearly 800 men sent to Guantánamo during George W. Bush's administration, 40 remain today. One prisoner has been released during President Trump's time in office, and no new suspects have been sent there.

In June, the U.S. Supreme Court refused to hear an appeal from a Yemeni prisoner held without being charged at Guantánamo for more than 17 years.

But Justice Stephen Breyer said in a two-page statement that "it is past time to confront the difficult questions" surrounding the indefinite detention of prisoners there.