Accessibility links
Homeland Security's Priorities Questions As Funds Transferred Ahead of Hurricane The transfer of funds has ignited new criticism that the administration's intense focus on the border and immigration enforcement is leaving the United States vulnerable to other threats. 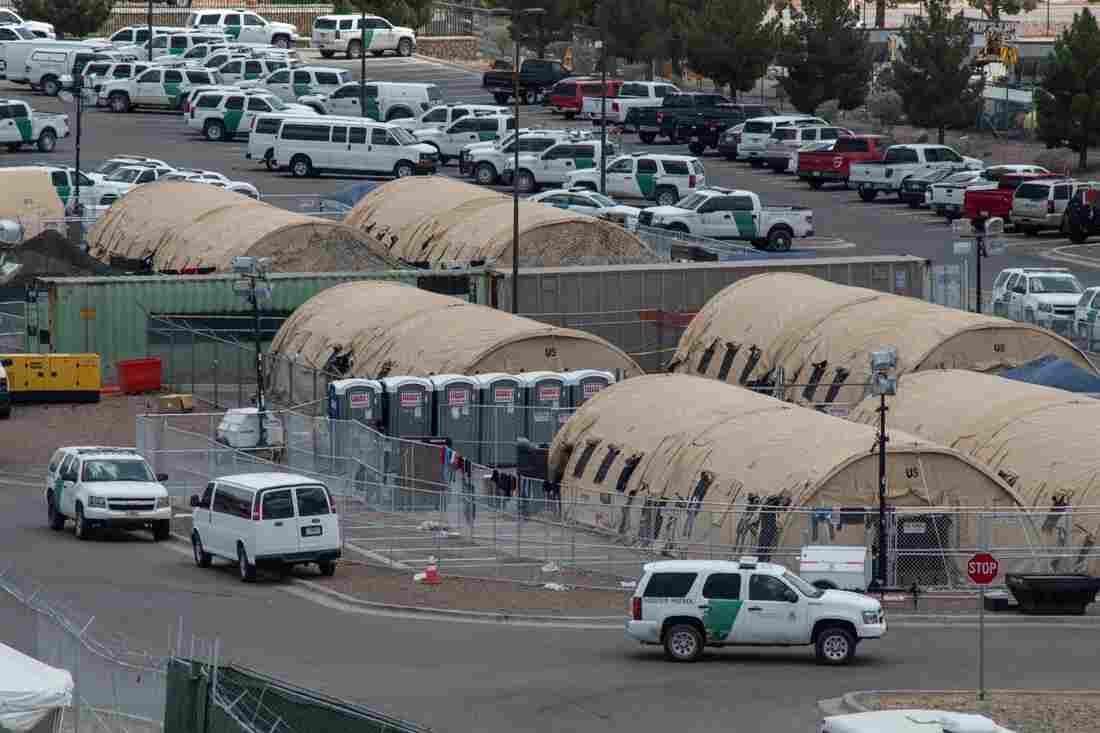 Tents at a temporary holding facility for migrants in El Paso, earlier this year. Under President Trump, the Department of Homeland Security focus has shifted increasingly towards immigration and border enforcement. Paul Ratje/AFP/Getty Images hide caption 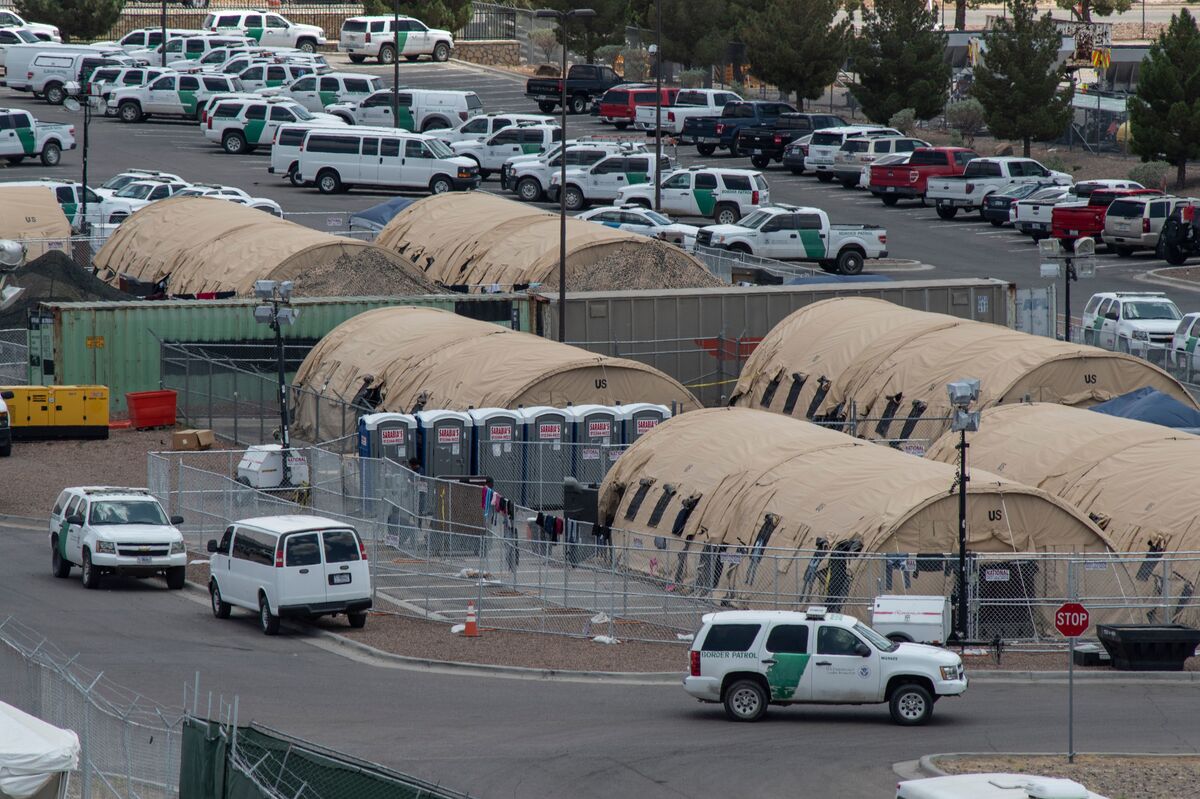 Tents at a temporary holding facility for migrants in El Paso, earlier this year. Under President Trump, the Department of Homeland Security focus has shifted increasingly towards immigration and border enforcement.

The Trump administration's decision to shift more than $100 million of federal disaster aid to help pay for more detention beds for migrants has set off an outcry just as Florida is bracing for Hurricane Dorian.

But the move, which also includes transferring money away from other department priorities, is also raising uncomfortable questions about whether the Department of Homeland Security is overly focused on border and immigration enforcement at the expense of other parts of its mission, potentially leaving the United States vulnerable to other threats.

David Lapan, a former Trump official and press secretary at the Department Homeland Security, said prioritizing border security above other important aspects of the department sends a clear message to the country and the DHS workforce about what's really important and what's not.

Tracking Trump On Immigration: A Relentless Push to Reshape Migration

In total, DHS told Congress that it plans to re-allocate $271 million to to fund more detention beds for migrants who were caught after crossing the border illegally.

What Do New Citizenship Rules For Kids Of U.S. Military, Workers Abroad Mean?

In the run-up to the 2020, DHS is working hand-in-hand with state election officials to prevent cyber-attacks like those that plagued the 2016 elections.

Lapan says the redirected funds may not directly affect federal election security efforts, but given the nature of the threat to the U.S. from Russia and other actors, Lapan said he'd expect the administration would want to strengthen its capabilities in this area rather than take away from them.

Speaking on background, a senior DHS official said the border is the department's unquestioned priority and the administration must be able to shift resources to address the emergency there. But he said no money is being taken from election security efforts or other critical matters.

"While the Russian efforts were small and didn't affect the outcome of the elections, but what it did do was it prompted our administration to put real measures in place to secure the integrity of our elections," Gidley said.

When the Department of Homeland Security was created after the Sept. 11 terrorist attacks, it was to help coordinate the many different agencies that work to protect the United States.

Then-President Bush said the new department would help the United States defend itself against the dangers of a new kind of war against terrorism.

What Do New Citizenship Rules For Kids Of U.S. Military, Workers Abroad Mean?

"Today, we are taking historic action to defend the United States and protect our citizens against the dangers of a new era," Bush said. "With my signature, this act of Congress will create a new Department of Homeland Security, ensuring that our efforts to defend this country are comprehensive and united."

But there has been a long debate about whether it was right to bring together so many agencies with different missions. And Lapan and others say binding them together in one larger department has also made it easier for Trump to shift money toward his signature issue - immigration.

Trump signaled that shift this spring when he shook up leadership at the department. He pushed out Secretary Kirstjen Nielsen and pulled the nomination of Ron Vitiello to lead Immigration and Customs Enforcement.

The Trump administration claims the surge of migrants crossing the border illegally this year has overwhelmed resources and that they need the money to address the lack of detention space for the increasing number of detainees, particularly single adults.

Congress has given the president the authority to decide how best to move around certain resources within the DHS budget, said Jessica Vaughan, director of policy studies for the Center for Immigration Studies, which lobbies for stricter immigration laws.

Further, times have changed since 9/11, said Vaughan and the United States faces different challenges today than it did then.

"None of these organizations are set in stone because the federal government needs to be able to respond to challenges that change over time," she said.

There is no question that border enforcement is an essential priority, said Juliette Kayyem, a former assistant secretary at DHS during the Obama administration. But she said a single-minded focus on just one security challenge means ignoring other vulnerabilities.

She said the government learned that lesson after just a few years of focusing on terrorism when Hurricane Katrina hit the U.S. Gulf Coast in 2005.

"The apparatus realized that if you focus solely on stopping 19 guys from getting on four airplanes again you're not going to be able to save an American city from drowning," Kayyem said.