Accessibility links
Opinion: The Real Problem At A Beltway Dog Park? Hint: It's Not The Dogs A disagreement over barking at a Washington, D.C.-area dog park is indicative of why so many Americans have disdain for the culture of the capital. 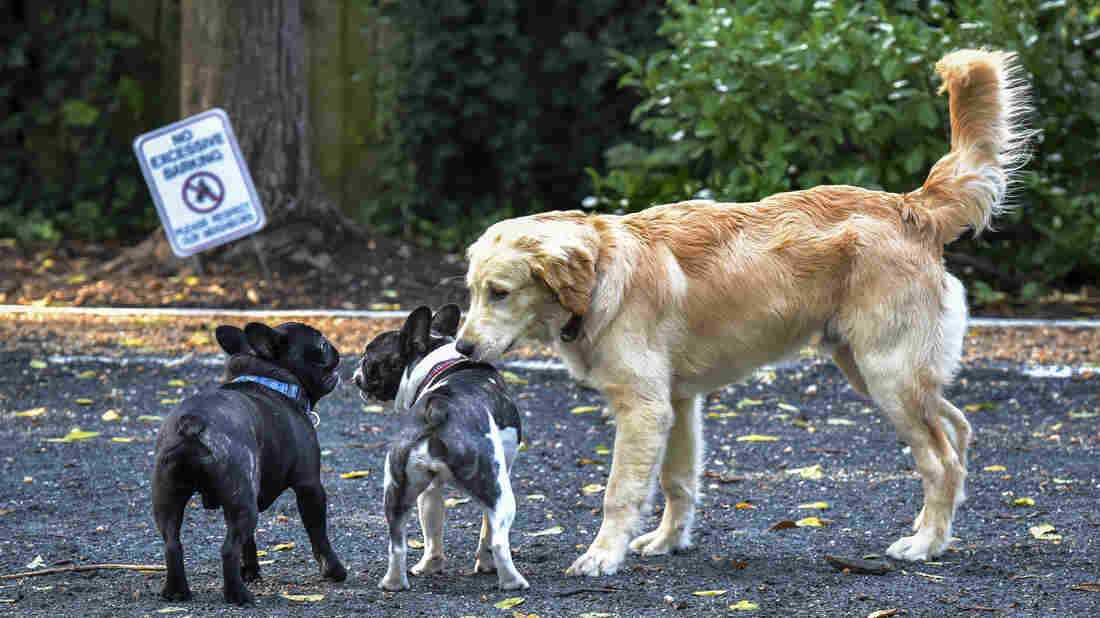 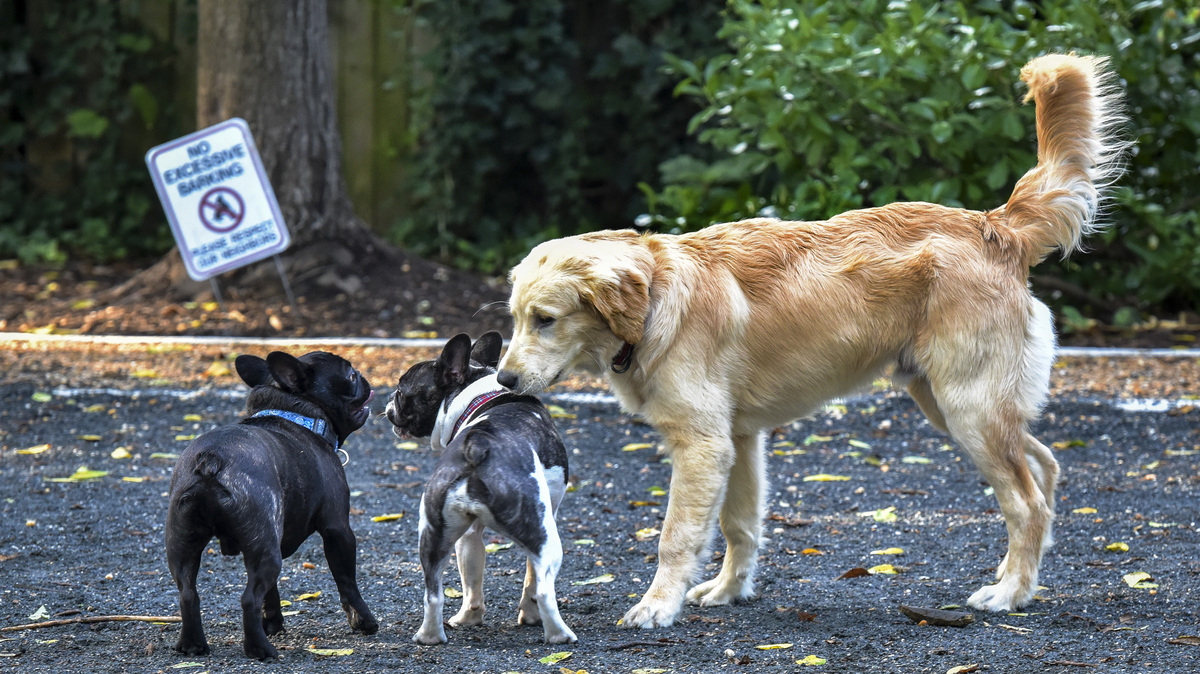 Chubbs, right, a golden retriever and his pal Louie, left, a French bulldog, greet their friend at a small dog park in Chevy Chase, Md.

There are signs hanging up in Chevy Chase Village, Md., an upscale suburb inside that circle of highway around metro Washington, D.C., called the Beltway, that may help us see what so much of America distrusts about Beltway insiders.

The signs say, "NO EXCESSIVE BARKING."

That might be wise advice for some of the lawyers, lobbyists and influencers who live in those posh precincts. But the signs are displayed in a Chevy Chase Village dog park.

A Washington Post story, admirably reported by Jessica Contrera, detailed this week how local police have gotten calls from neighbors who grumble that dogs are barking ... in the dog park! The nerve of those dogs ... to act like dogs!

People in Chevy Chase Village think big. They need contemplative quiet.
The Chevy Chase Village Board of Managers held public hearings this summer. Several residents complained that many of the cars they've spied, parking at the dog park, so dogs could leap out, frolic, sniff, scratch and, yes, bark, had District of Columbia license plates. Reverse commuters! Oooh, D.C. urban types. City folk. You know, with their loud, yapping dogs.

Elissa Leonard, chair of the Village board, who happens, by the way, to be married to Jerome Powell, chair of the Federal Reserve, reminded her neighbors that a public dog park can't be run like a private club.

But all mention of the dog park was struck from the village website, which makes it harder for outsiders to find. The board hired a trained epidemiologist to track down how many "outsiders" "park and bark" at the dog park. She found that it was perhaps only seven of the 54 dogs and their owners that she observed, and just one had relieved themselves outside the bounds of the park. One dog, presumably.

The story of the sign in the Chevy Chase Village dog park may remind us why so many Americans of different views can share a disdain for Beltway insiders.

They think of Beltway burghers as people who say something sounds like a great idea — as long as you keep it out of their backyard. They fear "outsiders," who cross borders. And Beltway denizens don't see the absurdity in legal commandments that may sound appealing, like "NO EXCESSIVE BARKING," but are as impossible to enforce as telling a dog not to bark.