Accessibility links
Trump's Iran Tweet Included Image From Specific Spy Satellite, Amateurs Find The satellite is believed to be among America's most advanced. Some believe it's as large as the Hubble Space Telescope. 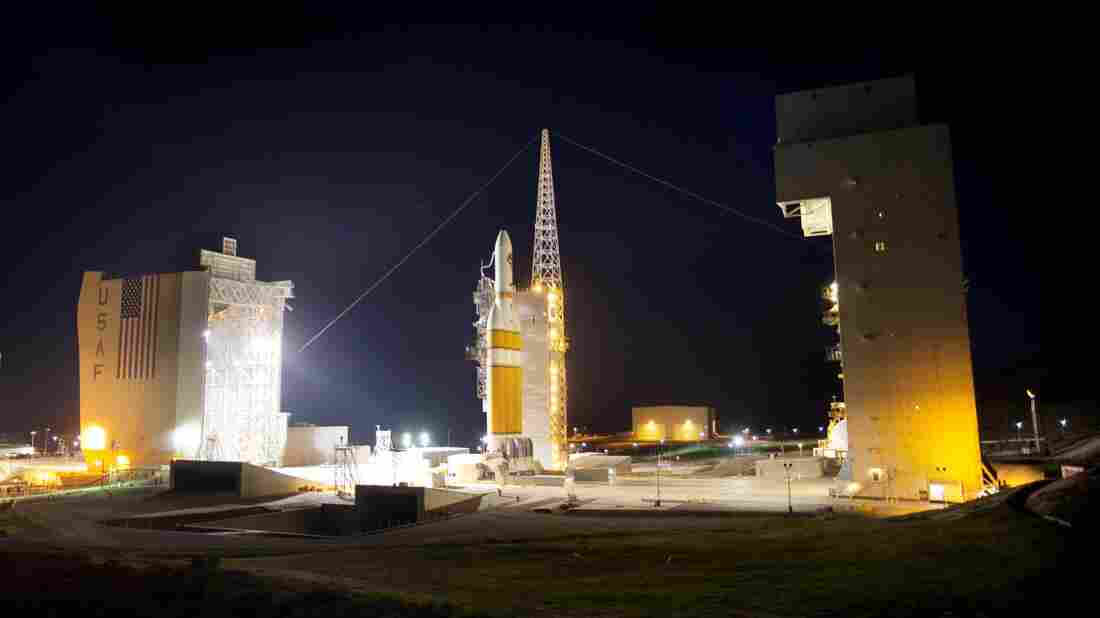 The spy satellite, known as USA 224 or NROL-49, was launched in 2011 from Vandenberg Air Force Base in California. United Launch Alliance hide caption 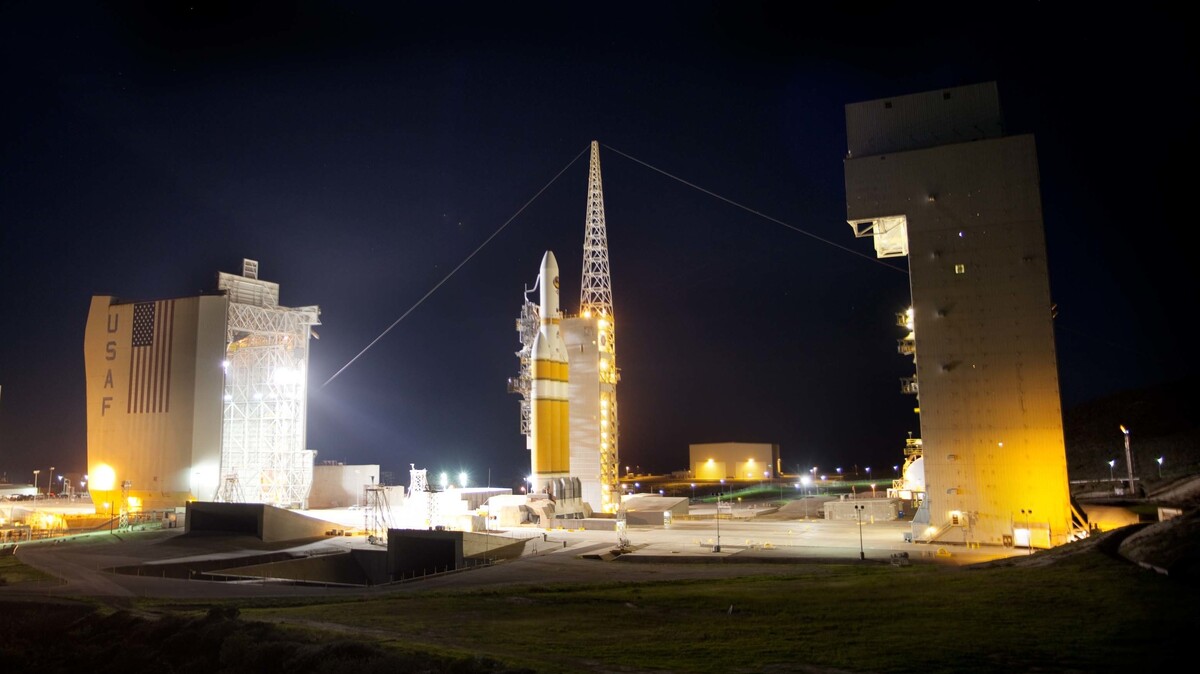 The spy satellite, known as USA 224 or NROL-49, was launched in 2011 from Vandenberg Air Force Base in California.

Amateur satellite trackers say they believe an image tweeted by President Trump on Friday came from one of America's most advanced spy satellites.

The image almost certainly came from a satellite known as USA 224, according to Marco Langbroek, a satellite-tracker based in the Netherlands. The satellite was launched by the National Reconnaissance Office in 2011. Almost everything about it remains highly classified, but Langbroek says that based on its size and orbit, most observers believe USA 224 is one of America's multibillion-dollar KH-11 reconnaissance satellites.

"It's basically a very large telescope, not unlike the Hubble Space Telescope," Langbroek says. "But instead of looking up to the stars, it looks down to the Earth's surface and makes very detailed images."

The image tweeted by Trump on Friday, showing the aftermath of an accident at Iran's Imam Khomeini Space Center, was so detailed that some experts doubted whether it really could have come from a satellite high above the planet.

Iran had been preparing to launch a rocket known as the Safir with a small satellite aboard, but experts believe it exploded during fueling. The image showed crisp writing painted on the edge of the launch pad, the scorched truck that had been used to move the rocket and other details.

Trump seemed to be using the sensitive reconnaissance image to troll the Iranians. "The United States of America was not involved in the catastrophic accident during final launch preparations for the Safir SLV Launch at Semnan Launch Site One in Iran," the president tweeted. "I wish Iran best wishes and good luck in determining what happened at Site One."

But a small community of amateur satellite trackers was far more interested in the picture than the words. These individuals use backyard telescopes to watch satellites whizzing across the sky, and they know where most of them are — even classified ones like USA 224. "They're super bright in the sky and are easy to find," says Michael Thompson, a graduate student in astrodynamics at Purdue University who spots satellites in his spare time. Once a satellite is seen, it's relatively easy to work out exactly where it will be at any point in the future. "Using math to calculate an orbit is really easy," he says.

Thompson was one of the first to use an amateur-curated database of known satellites to point the finger at USA 224. He showed that it flew over the Iranian space center shortly after the accident. 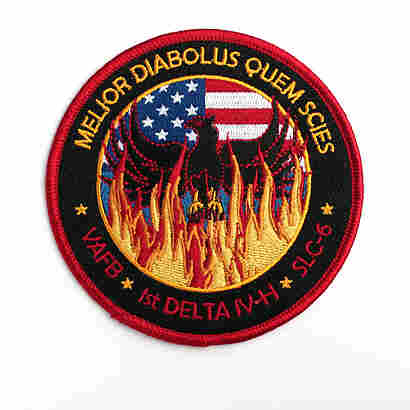 The mission patch for the USA 224/NROL-49 satellite includes the Latin phrase "better the devil you know." NRO/Wikipedia hide caption

Langbroek went further still. He was able to reconstruct the picture taken by USA 224 by matching the obliqueness of the circular launch pad in the image tweeted by Trump. His calculation showed that the photo was taken from the vantage of USA 224. Langbroek and another online researcher, Christiaan Triebert, also used shadows cast by towers around the launch pad as sun dials—allowing them to verify the time at which the photo was taken.

Both techniques suggest the pictures were snapped by USA 224, which flew near the site at 2:14 p.m. local time. "The match was perfect, basically," Langbroek says.

So the position of the satellite at 09:44:23 was taken, and in STK I let the viewq from the satellite point towards the launch platform. That yielded this. It is a very good match so there is no doubt in my mind that it is an image taken by USA 224. pic.twitter.com/R4XGdnzPis

Prior to the analysis, some experts suspected the image in Trump's tweet might have come from a drone or a spy plane.

"When I saw the image, it was so crystal clear and high-resolution that I did not believe it could come from a satellite," says Melissa Hanham, a satellite imagery expert and deputy director of the Open Nuclear Network in Vienna, Austria. But she finds the new analysis persuasive. "Given that the satellite is in position at that moment, it's now very likely that it was [the source of the picture]," she says.

Hanham says she is amazed a satellite can provide such clear imagery. Spy satellites must peer down through Earth's atmosphere, which is a bit like trying to look at objects in the bottom of a swimming pool. They also must snap their pictures while whizzing across the sky. Both effects can blur the fine details in images.

"I'm now scratching my head and curious about how they account for the effects of the atmosphere and motion of the objects," she says.

And she says she thinks she's not alone. Others will be trying to use the image to learn more about how USA 224 works. "I imagine adversaries are going to take a look at this image and reverse-engineer it to figure out how the sensor itself works and what kind of post-production techniques they're using," she says.

Hanham questions whether Trump's tweet zinging the Iranians was worth the information this image provides to other nations, but she adds: "It's his decision as the president."