Accessibility links
Brexit Showdown Looms As MPs Prepare To Return To Parliament Prime Minister Boris Johnson says he is not planning to seek early elections — though observers say that may change if his political opponents push through a bill blocking a no-deal Brexit.

Brexit Showdown Looms As MPs Prepare To Return To Parliament

Brexit Showdown Looms As MPs Prepare To Return To Parliament 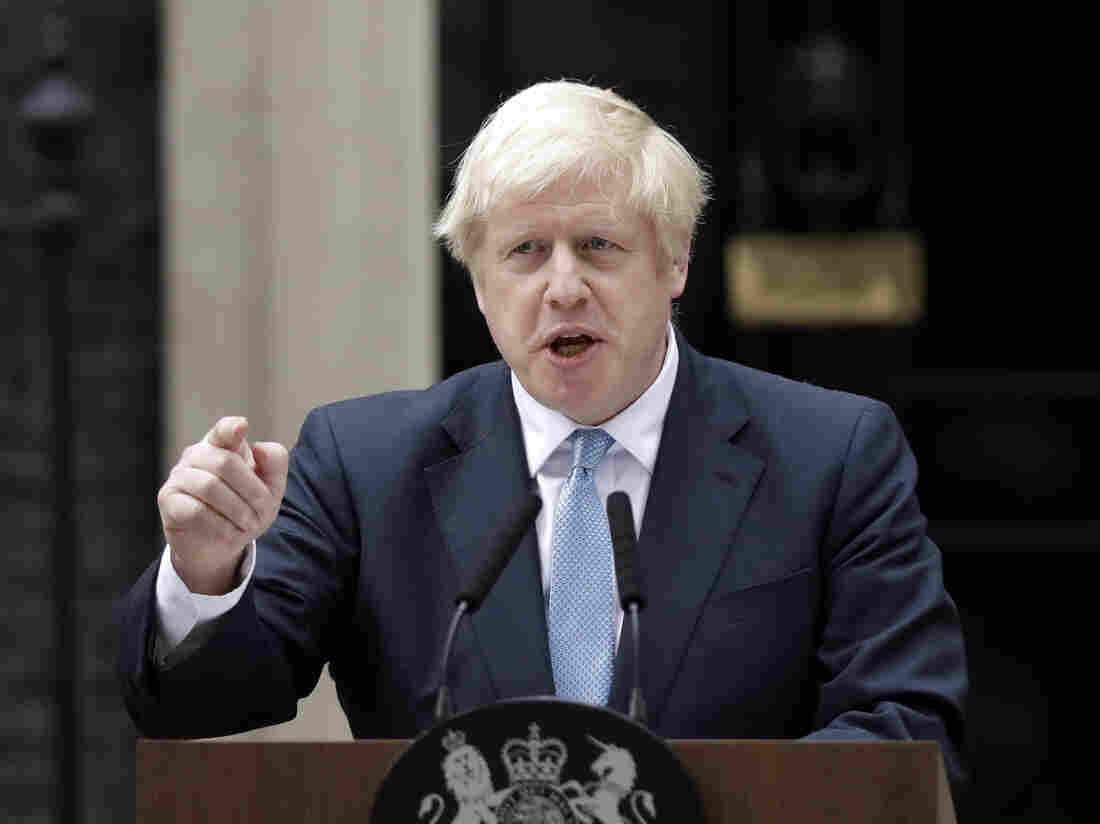 British Prime Minister Boris Johnson said Monday that he doesn't want an election amid the Brexit crisis and issued a rallying cry to lawmakers to back him in securing a Brexit deal. Matt Dunham/AP hide caption 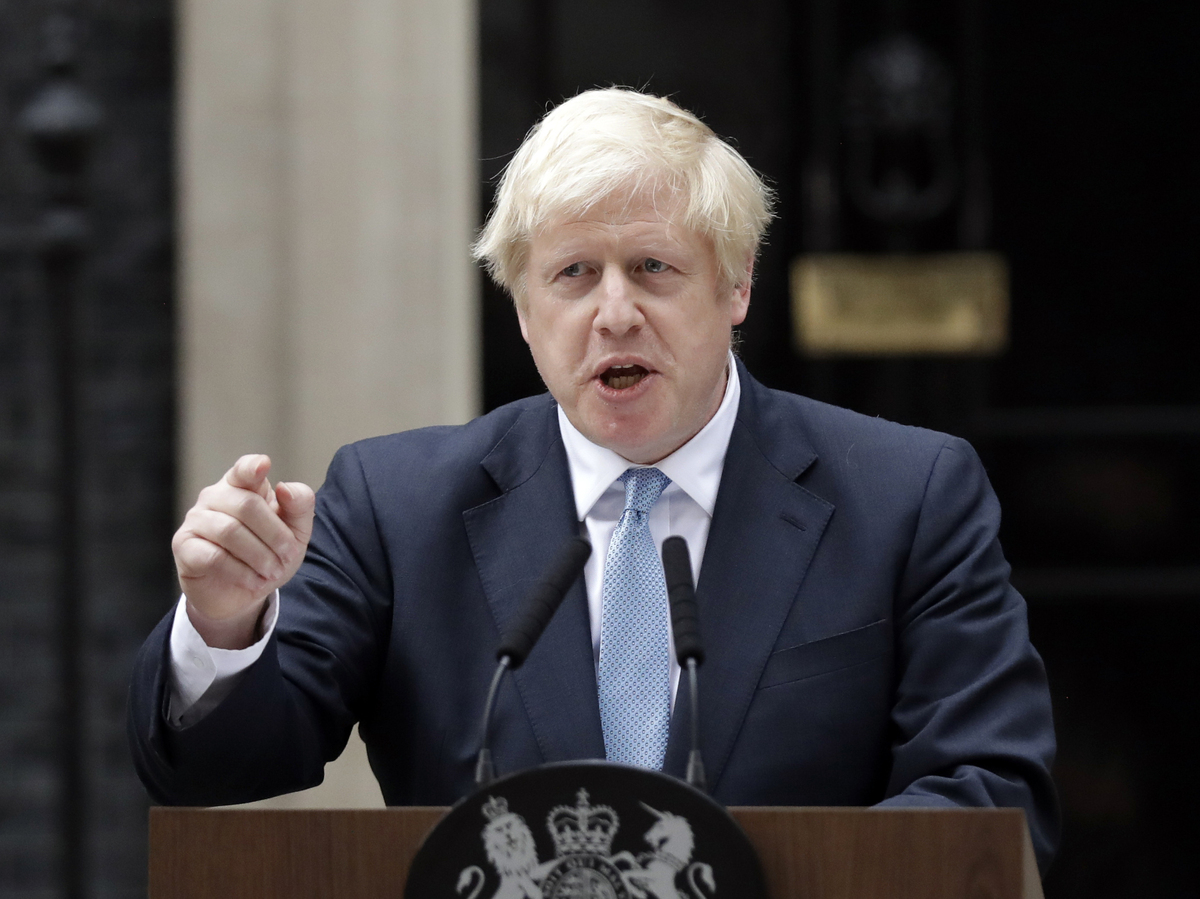 British Prime Minister Boris Johnson said Monday that he doesn't want an election amid the Brexit crisis and issued a rallying cry to lawmakers to back him in securing a Brexit deal.

It's a make-or-break week in the U.K. right now, as the country barrels toward a deadline to withdraw from the European Union without yet securing a deal on the terms of the divorce.

British Prime Minister Boris Johnson is pleading with lawmakers to support him amid a brewing rebellion in Parliament – even from members of his own party — to try to block the U.K. from leaving the bloc without securing a deal.

Parliament is set to return to session Tuesday, after Johnson controversially moved to suspend the body for a crucial upcoming several weeks. That move, which limits the amount of time Parliament will be in session prior to the Oct. 31 withdrawal deadline, was slammed by many of Johnson's critics as undemocratic.

Brexit Watch: Why The Move To Suspend U.K. Parliament Matters

On Monday, the shouts of protesters could be heard in the background as Johnson encouraged lawmakers to vote against a bill aimed at stopping him from crashing out of the EU without a deal. A no-deal Brexit is predicted to damage the economies of both the U.K. and the EU.

He slammed the bill, which MPs opposed to a no-deal Brexit will try to bring to the floor tomorrow, as "yet another pointless delay" that undercuts the U.K.'s negotiating position.

"If they do, they will plainly chop the legs out from under the U.K. position and make any further negotiation absolutely impossible," he said. "Let's let our negotiators get on with their work without that sword of Damocles over their necks."

As NPR's Frank Langfitt reports, Johnson's opponents are expected to succeed at taking control of parliament's agenda – typically set by the Prime Minister. If they do that and pass their bill, Langfitt adds, "we actually think that Boris Johnson is going to do what he just said he wouldn't do and doesn't want to do – he'll almost have no choice but to call an election and take this back to the people."

That would be risky for both Johnson and his chief opponent, Labour Party leader Jeremy Corbyn. Corbyn spoke in favor of an early election on Monday, though he is lagging in the polls. Johnson has a tiny majority in Parliament at the moment and would try to widen it to push through a Brexit deal, as Langfitt reported.

Johnson said on Monday that the chances of a deal with the EU are rising — though most analysts are skeptical and the U.K. has not publicly presented any new proposals to break the deadlock with Brussels.

The text of the opposition bill was tweeted out by Labour MP Hilary Benn shortly before Johnson spoke. It stipulates that the U.K. would not leave the EU on Oct. 31 without a deal, unless Parliament agrees.

The bill, which is supported by MPs from across the political spectrum, also would force the Prime Minister to ask the EU in October for a three-month delay if the government hasn't reached a deal with the EU or if Parliament hasn't agreed to a no-deal Brexit.

That's a suggestion Johnson flatly rejects. "I want everybody to know that there are no circumstances in which I will ask Brussels to delay. We are leaving on the 31st of October, no ifs or buts."

Benn said in a tweet that the bill is supported by MPs who "believe that the consequences of No Deal for the economy would be highly damaging. No Deal is not in the national interest."

The EU has thus far not been willing to budge on changing the terms of a deal reached after extensive negotiations with Johnson's predecessor, Theresa May. That deal was struck down three times by parliament.