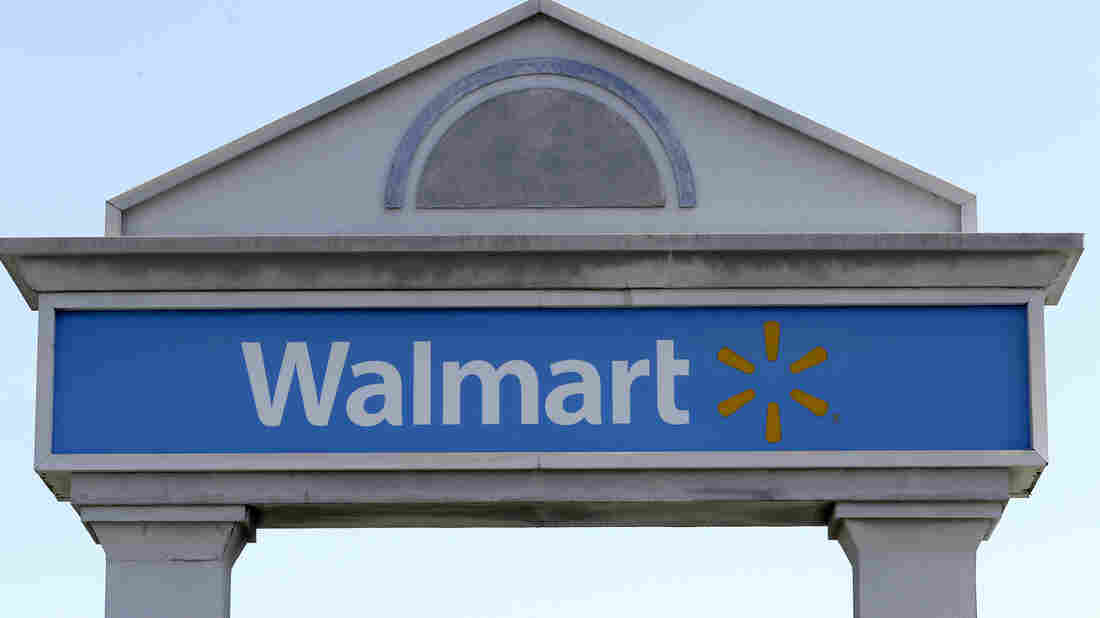 A Walmart logo forms part of a sign outside a Walmart store, Tuesday, Sept. 3, 2019, in Walpole, Mass. Walmart is going back to its folksy hunting heritage and getting rid of anything that's not related to a hunting rifle after a mass shooting this summer. Steven Senne/AP hide caption 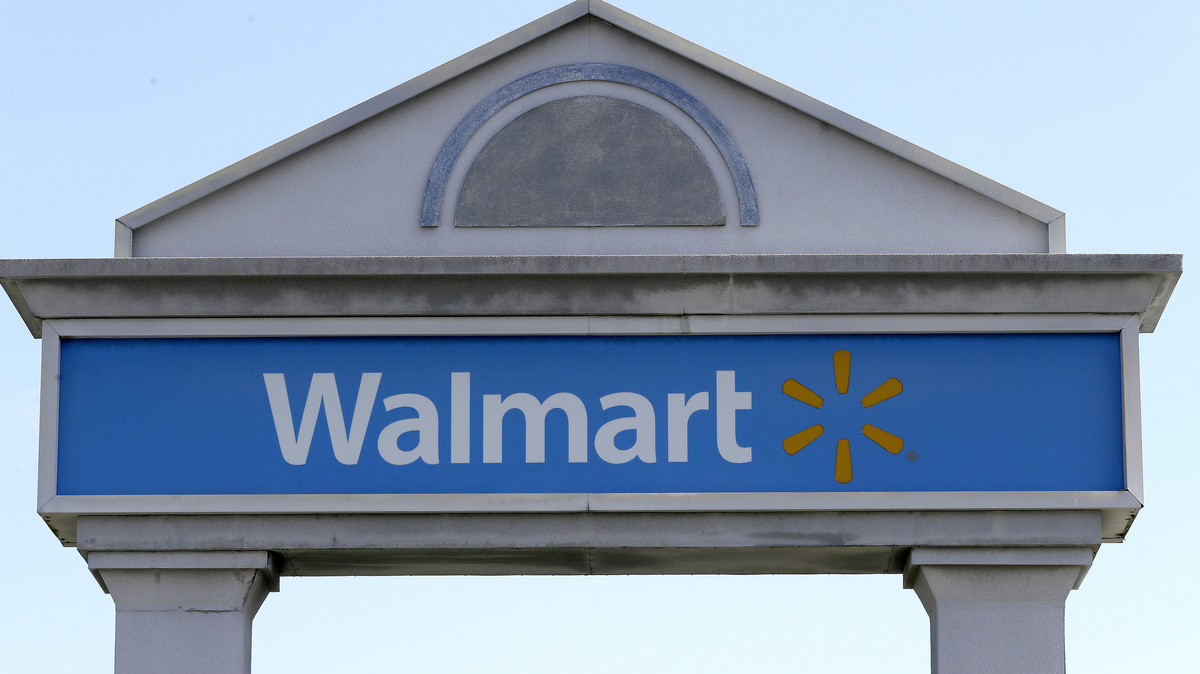 A Walmart logo forms part of a sign outside a Walmart store, Tuesday, Sept. 3, 2019, in Walpole, Mass. Walmart is going back to its folksy hunting heritage and getting rid of anything that's not related to a hunting rifle after a mass shooting this summer.

Walmart is dramatically cutting back sales of ammunition and asking shoppers to refrain from openly carrying firearms in its stores.

These are a few of the changes Walmart is making to its gun-sales policy following two shootings a month ago at two Walmart stores within one week.

"As a company, we experienced two horrific events in one week, and we will never be the same," Walmart CEO Doug McMillon wrote to employees on Tuesday.

Walmart has been in the middle of the gun-policy debate as it faces new calls to tighten sales of guns and ammunition. A month ago, 22 people were killed in a shooting at a Walmart in El Paso, Texas, an incident that's being treated as domestic terrorism. And, four days earlier, a disgruntled employee killed two Walmart workers in Southaven, Miss.

"It's clear to us that the status quo is unacceptable," McMillon wrote in Tuesday's memo. It marks one of the strongest statements from Walmart, the powerful, largest retailer in the U.S.

Walmart plans to stop selling ammunition for handguns and short-barrel rifles, which are commonly used for hunting, but they can also be used with military-style weapons. Walmart will also phase out the sale of handguns in the only state where it still sells them, Alaska.

Walmart says its current market share in ammunition is about 20% and the new cutbacks will reduce its profile in that market to around 6% to 9%.

The retailer is also asking shoppers to refrain from openly carrying guns in its stores even if cities and states allow guns in stores — unless they're authorized law enforcement officers.

"We know these decisions will inconvenience some of our customers, and we hope they will understand," McMillon wrote, adding that Walmart's retail focus will now shift further to "the needs of hunting and sport shooting enthusiasts."

The moves are the most far-reaching move by Walmart since the El Paso shooting, which prompted loud calls from gun-control advocates, Democratic politicians and some shoppers and employees for the retailer to stop all gun sales.

WATCH: Walmart Is Discontinuing Some Ammo Sales. Here's Why It Matters

Last month, Walmart instructed workers to take down displays of video games with violent imagery and make sure none of the screens in stores display violence.

Last year, Walmart also stopped selling guns and ammunition to people younger than 21 on the same day when Dick's Sporting Goods announced that it would stop selling military-style rifles and end sales of guns and ammo those under 21.

At the time, Dick's took a political stand on the issue, with CEO Ed Stack calling for "common-sense reforms," stricter background checks and other changes to gun laws. The shooter at Marjory Stoneman Douglas High School in Parkland, Fla., had purchased a different gun, not used in the shooting, at Dick's.

On Tuesday, Walmart's McMillon said that he's also writing to Congress and the White House, urging action on "common sense measures." He called for more debate on the re-authorization of the assault-weapons ban.

"We encourage our nation's leaders to move forward and strengthen background checks and to remove weapons from those who have been determined to pose an imminent danger," he wrote. "As we've seen before, these horrific events occur and then the spotlight fades. We should not allow that to happen."