Accessibility links
A-WA 'Want To Bring Something New' To Yemen's Musical Traditions NPR's Ari Shapiro talks with the three sisters who make up the genre-defying band A-WA after they performed at NPR's Tiny Desk. 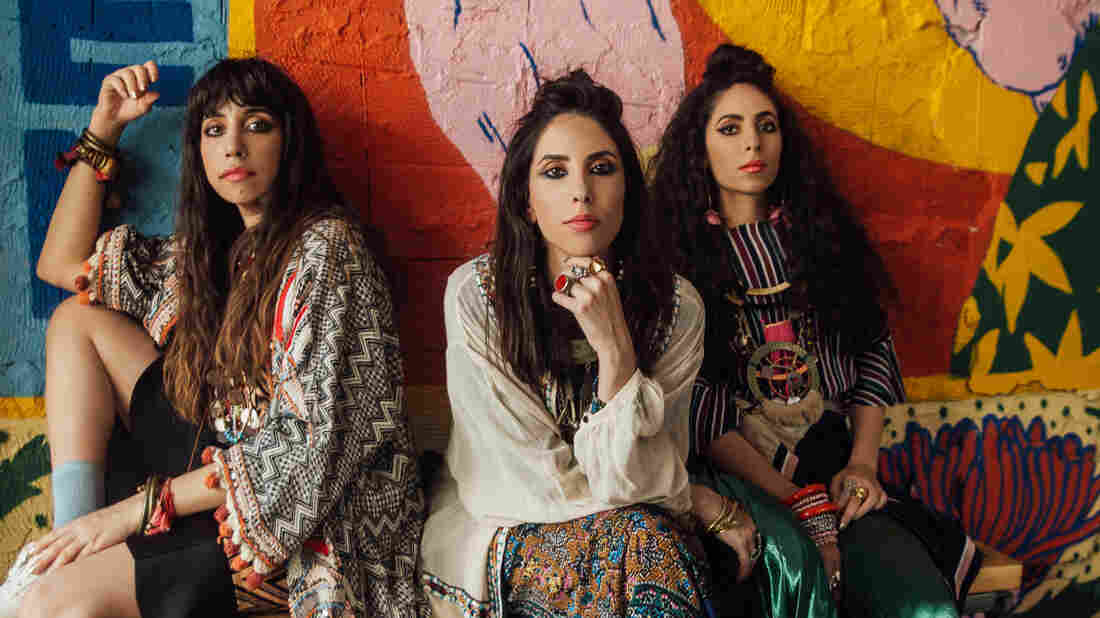 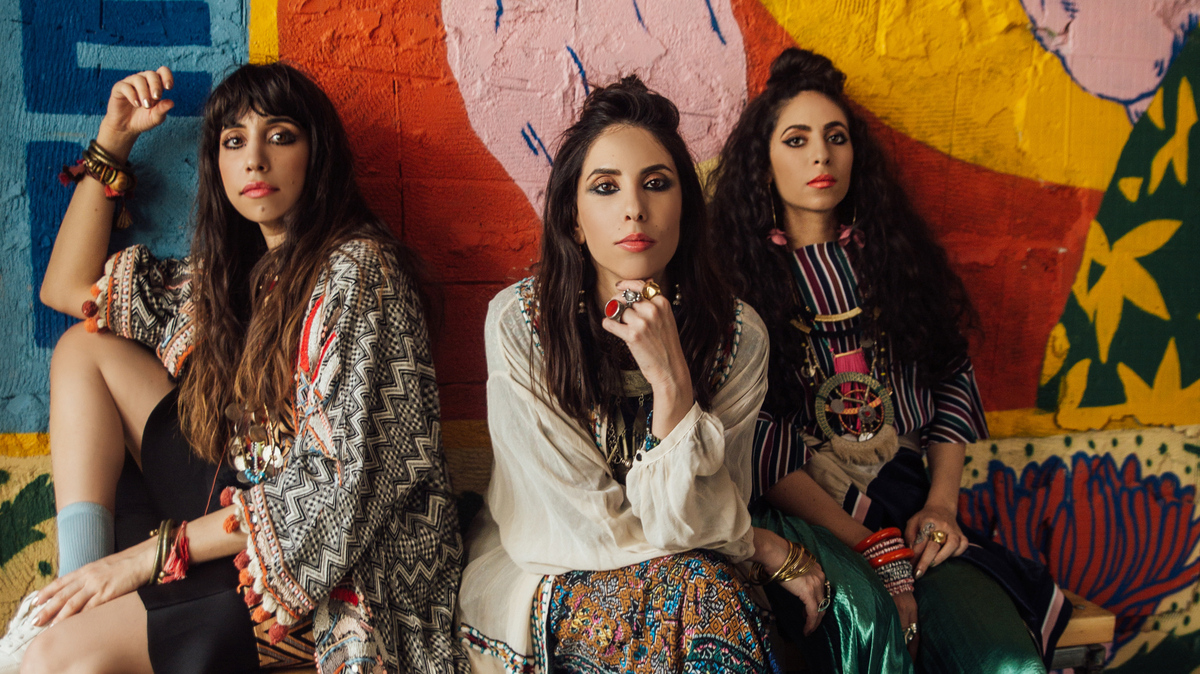 Rotem Lebel/Courtesy of the artist

A-WA is made up of three Israeli sisters, Tair, Liron and Tagel Haim. This melodic trio of Jewish women of Yemeni descent women emphasize mixing their culture's traditions with forward-thinking modifications to sound, visuals and ethos. The sisters are known for eye-popping music videos that challenge gender stereotypes. Picture women in traditional robes that are neon pink while off-roading across a barren desert. The trio's sound is just as distinctive. The sisters' latest album, Bayti Fi Rasi (My Home Is In My Head), is inspired by traditional music from their ancestors' home country of Yemen with modern hip-hop and electronic elements.

While A-WA was at NPR's headquarters in Washington D.C. to perform a Tiny Desk concert, the members spoke with NPR's Ari Shapiro about the messaging of the band's music.

"The songs on this album are inspired by our great grandma," Tair, the eldest sister, says. "She was traveling from Yemen to Israel as a single mom and ["Hana Mash Hu Al Yaman"] talks about her arrival in Israel. They put all the Yemenite Jews back then in transition camps or a tent camp. ... We talk about all the mixed emotions she felt."

With Bayti Fi Rasi being sung from the point of view of the sisters' great grandmother, Rachel, in 1949, Tair explains that this music upholds her legacy.

"She was a feminist before she even knew what a feminist is," Tair says. "She was so strong. Her journey was so courageous and she didn't have any help from anyone. But thanks to her, we are a generation born in Israel and our future and our present are better. We have a better life."

The ladies take what they have inherited from older generations — the harmonies, melodies and Yemenite traditions — and deliberately yank them into the 21st century by adding beats and production effects that their great grandmother would never have heard of.

"For us, it's not interesting to put the tradition as it is because we want to bring something new. We want to bring ourselves," Tair says. "We also have three voices as young women, so in the album, for instance, we sort of blended her voice — things that she couldn't say back then — with our voices."

With the current global refugee crisis, the Haim sisters hope that the story of their great grandmother will speak to people, especially women, who find themselves in these similar situations today.

"We felt that this issue is so relevant," Tair says.

"It's a story about one woman, but it's actually a story of so many other refugees around the world. So, for us, it's a story that we wanted to tell for years," Liron adds.