Accessibility links
Ella Fitzgerald, Ethel Waters And The Colors Of Sound Critics, scholars and fans are often caught up in the idea of an ideal black sound, using vocal tone to measure racial identity. What becomes of the black female singer who defies this categorization?

Ella Fitzgerald, Ethel Waters And The Colors Of Sound

Ella Fitzgerald, Ethel Waters And The Colors Of Sound 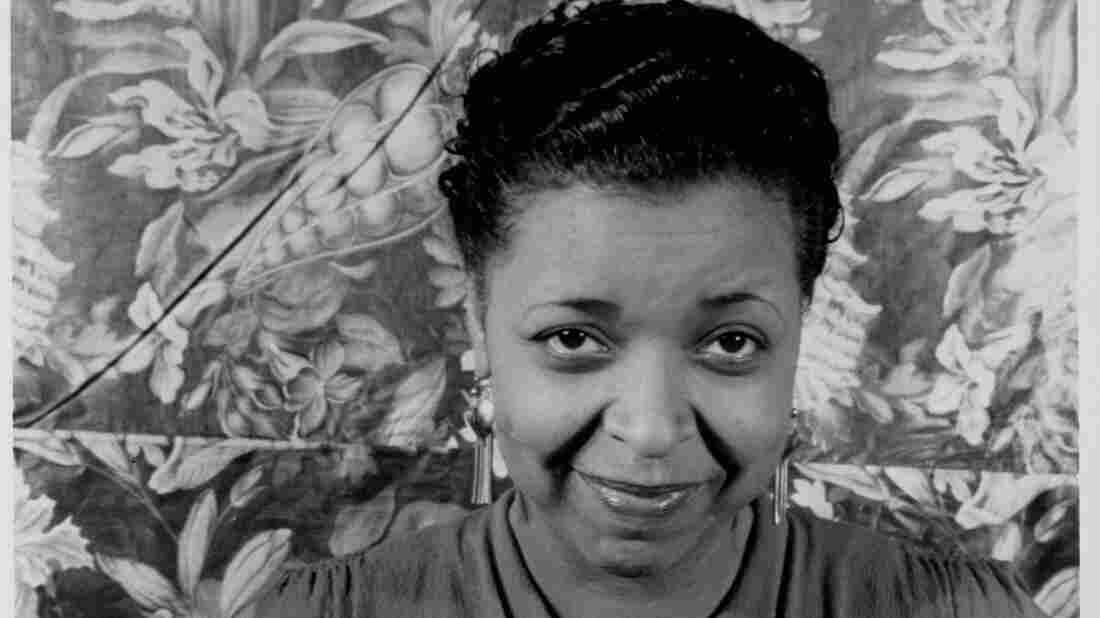 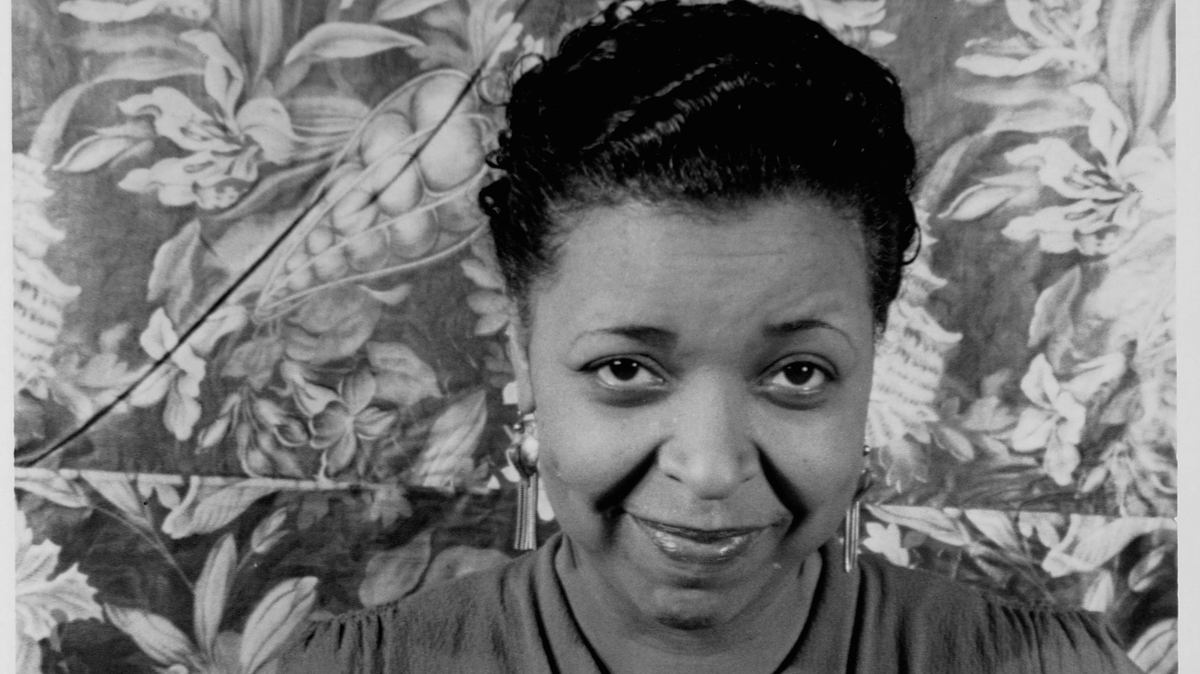 There is a widespread tendency to superimpose racial identity on the singing voice and musical genres, and for many years, my own encounters with this left me struggling to understand the sense of alienation I felt when I was accused or celebrated as sounding "white." Throughout adolescence and early adulthood, I was constantly on the lookout for role models who looked and sounded like me. There was always a sense of tension between what people expected of me and the eclecticism of my own vocal style, musical tastes, and sensibilities.

In my early twenties, I discovered something about myself that would fundamentally change the way I understood music. I was in graduate school at the time, taking a course on the jazz core repertory. The assignment was to listen and analyze different versions of the same song. I went through several songs, but eventually selected Hoagy Carmichael's "Georgia on My Mind." After listening to several versions, including the definitive 1960 Ray Charles recording, I came across one by a vocalist that immediately sparked a moment of recognition. In my listening, the timbre of her voice and her stylistic choices reminded me of my own, and having internalized the outside assumptions about my own vocal sound, I imagined the singer as a white female. Curious about her, I did a little more research only to learn that Ethel Waters was black. I went back to the recording and played it repeatedly. Where were the clues? Why hadn't I figured this out? And more importantly, why did it matter?

It wasn't my discovery of Waters that was the revelation, but the biases I had used to assess her voice. Having spent years internally resisting the labels that had been imposed on me, I was surprised to find that I had taken these same preconceptions as my own. I realized that the inclination to classify a voice had more to do with social and cultural constructions about race than it did with individual artistry, style, and technique.

Critics, scholars, and fans are frequently caught up in the idea of an ideal black sound. In her book The Race of Sound: Listening, Timbre and Vocality in African American Music, Nina Sun Eidsheim explores how the tone and color of the singing voice is used as a measure of racial identity. For instance, the fact that someone would identify me as sounding "white" reflects the observation, real or imagined, that I am not white, and that my voice does not align with my racial identity. This has played out in many ways from the ridicule I received in 7th grade chorus after auditioning for a solo — "You sound like a white girl!" "You're square." — to being asked by a director to try to sound "more black."

Comments like these, whether they were intended to be praise or criticism, always struck a nerve because they relayed the message that people did not hear or see me as an individual but as a reflection of their own expectations. As Eidsheim explains, listening is not neutral. When we tie a given vocal performance or sound to a particular race, we ignore the role our own biases play in defining a sound. This apparent disconnect between the sounds we associate with a type of raced body is something that is projected by the listener and not the singer herself. Even Ella Fitzgerald, who would come to embody the voice of jazz and popular song, was subject to similar assessments about her vocal sound, style and public image. In thinking about Ella Fitzgerald, I came to realize that Ethel Waters was one of her musical foremothers, not only in jazz and popular singing, but in the way audiences, black and white, perceived and valued their musical performances.

Ethel Waters began performing around 1917, the same year Ella Fitzgerald was born, and professionally came of age in the 1920s, during the era of black female blues singers. Their songs spoke to their personal experiences as black women and took on a ritual significance in the black community as expressive channels of shared beliefs and experiences. Through their individual recordings and performances on the black vaudeville circuit, theaters and tent shows, these women served as a prototype for black feminism. The most celebrated of these performers was Bessie Smith, whose vocal power and texture, emotional delivery and command of the blues idiom reshaped the vocal stylings of popular music.

Waters did not have the range, volume, or texture of Smith's voice, but she did manage to win over audiences with, in her words, her "own unique style." As she wrote in her autobiography His Eye is on the Sparrow: "I would sing 'St. Louis Blues' but very softly. It was the first time that kind of negro audience let my kind of low singing get by. For years, they had been used to Bessie Smith and Ma Rainey. They loved them and all the other shouters. I could always riff and jam and growl, but I never had that loud approach."

Waters understood singers, and how to capitalize on the unique qualities of her own voice. Marrying her bell-like tone with precise enunciation, inventive phrasing, vocal characterization and a penchant for storytelling, as well as the rhythmic sensibilities and timing of black musical traditions, Waters' creative sensibilities had broadened her public appeal. By the mid-1930s, she was one of the most popular entertainers in the country. However, in the pantheon of influential vocalists, Waters is frequently treated as a footnote. While Waters may not have had the biggest voice, she did challenge sonic racial barriers in popular music through her artistic choices and vocal sound, opening up new spaces for artistic innovation for other singers — like Ella Fitzgerald — to follow.

From her first big hit "A-Tisket, A-Tasket" to scat singing, the Songbook series and everything in between, Ella Fitzgerald's vocal performance was celebrated for its childlike clarity and infectious sense of joy. Absent of any vocal break or other signifiers of desire or emotional pain, Fitzgerald's technique, flawless phrasing, harmonic invention and rhythmic timing were a model of finesse and elegance. But despite all the accolades on her voice, technical skill and artistic sensibilities, the manner in which critics and fans discussed her is coded with preconceptions that detract from her own artistic license. Her physical size was also a frequent topic of discussion, equating the maternal image of a larger woman with a voice absent of sexual desire.

As with Ethel Waters, these qualities were seen to be critical to Fitzgerald's crossover success. Her sound, repertoire and stage presence prompted as much commentary on who she was not as much as who she was. As much as Ella Fitzgerald was praised for her ability to inhabit different musical spaces, the accolades she received were often filtered through narratives about race and gender in their construction of an idealized "white" voice. In a 1986 article for the New York Times, John Rockwell offered this assessment: "It is Miss Fitzgerald's lack of affinity with the blues, and that whole vein of oppressed passion that black music epitomizes — especially to some white [and I would add black] intellectuals — that may have led to a few critics to complain about her lack of depth. She has her limits, areas into which she will not venture. But in her case, it seems more accurate to perceive her limits as the clear, precisely focused definition of her artistic personality."

Accused of going commercial, Fitzgerald once retorted, "I'm trying to be myself. I'm not a glamour girl and I'm not a dancer. I'm just me. I could do all the acting with a song, all the stuff with the hands and those gimmicks if someone showed me and I learned it. But it's not me." And jazz critic Henry Pleasants offered this observation: "Ella's singing, aside from the characteristic rhythmic physical participation, the finger-popping and hip-swinging, and the obviously congenial scatting, has never been specifically or conspicuously black. It represents rather the happy blend of black and white which had been working its way into the conventions of American popular singing since the turn of the century."

What becomes of the black female singer whose musical identity and style defies categorization? The frameworks through which their voices are heard and remembered are particularly oppressive. Racialized perceptions of black female singers rob them of their agency and their ability to occupy multiple spaces by reducing their identities to ideals about blackness, whiteness and femininity, and those who don't embody the standards of black musical authenticity in their sound fall out of favor in contemporary reappraisals of their careers.

The story of the black female singer is often equated with the tragic suffering figure who represents the story of centuries of racial oppression, struggle and fighting for survival. Her counterpart is a maternal figure whose warm and comforting presence resonates with a calm, uplifting spirit. Implicit in both narratives, or in their erasure, are biases against those whose voice does not reflect the deep reservoir of pain, passion and raw emotion that black music is "supposed" to epitomize. Many historical narratives diminish the importance of Waters' cultural influence. Despite her artistic talents, she is, ironically, overshadowed because her broad popular appeal signified a less authentically black performance style. While Ella Fitzgerald's stature as a jazz vocalist and purveyor of popular song is rarely questioned and deservedly so, it strikes me as strange that even today, despite all the accolades she does not receive the continual critical reappraisal or interest that is accorded to other singers of her stature.

As listeners, we are indoctrinated to understand musical genres and styles along racial lines. Assessments framed in the terms of authenticity versus marketability, and "black" versus "whitened" sound, are frequent in writing about popular music — so much so that it's easy to assume that the two are necessarily aligned. When we attribute a vocal quality as belonging to one race, we not only ignore the singer's own artistic choices but the way our own biases shape how and what we hear. In doing so we form opinions about meaning and the intention of the vocalist that frequently lead to judgments about historical value, censure, or cultural erasure.

We have the capability to reframe our listening. When we do that, we free ourselves from the implicit and explicit tropes that hinder our ability to hear the voice as pure sound, minus the assumptions we place upon who is singing. The limits placed on the performative and intrinsic value of the human voice are traps of our own imagining. Ethel Waters and Ella Fitzgerald taught me that. Now it's time for the rest of us to really listen.