Accessibility links
Planting Trees Can Combat Effects Of Urban Heat Island, Climate Change Trees are one of the best ways to fight deadly urban heat, but U.S. cities lose millions every year. And many low-income areas are starting at a disadvantage. 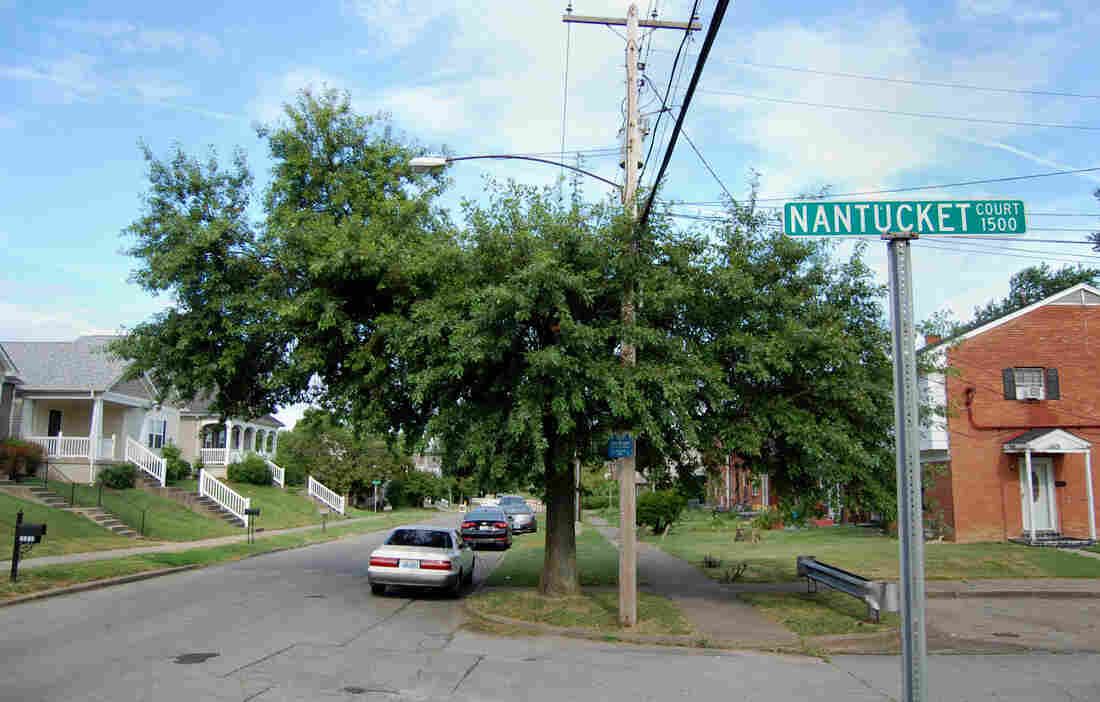 A tree grows beneath a power line in the Park DuValle neighborhood of Louisville, Ky. Urban environments can be especially harsh on trees. Sean McMinn/NPR hide caption 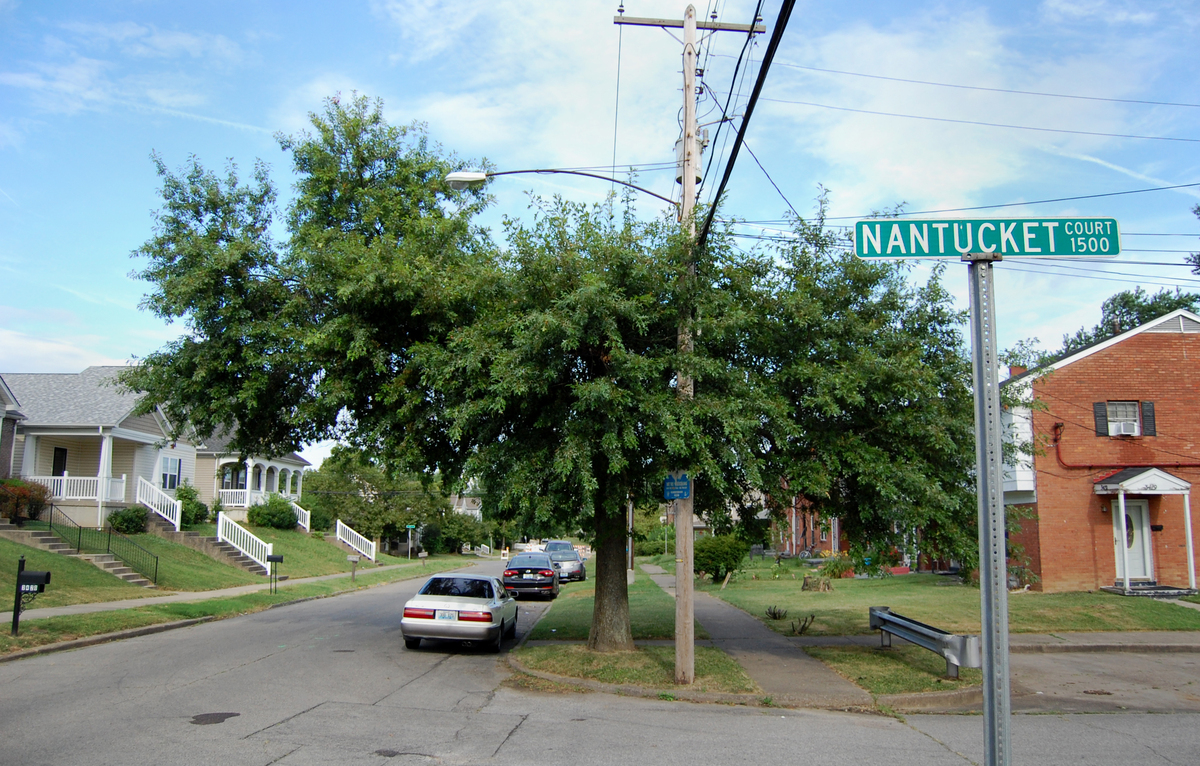 A tree grows beneath a power line in the Park DuValle neighborhood of Louisville, Ky. Urban environments can be especially harsh on trees.

Annie Haigler steps out of her home in Louisville, Ky., pulling a handkerchief out of her pocket to dab sweat off her forehead. She enjoys sitting on her porch, especially to watch the sunrise. She has always been a morning person.

But as the day progresses, the heat can be unbearable for her. On summer days like this, when highs reach into the 90s, the lack of trees in her neighborhood is hard for Haigler to ignore.

The tree cover in her neighborhood, Park DuValle, is about half the city average. As one of the lower-income areas of Louisville, it's in line with a citywide trend: Wealthier areas of the city have up to twice as many trees as do poorer areas. 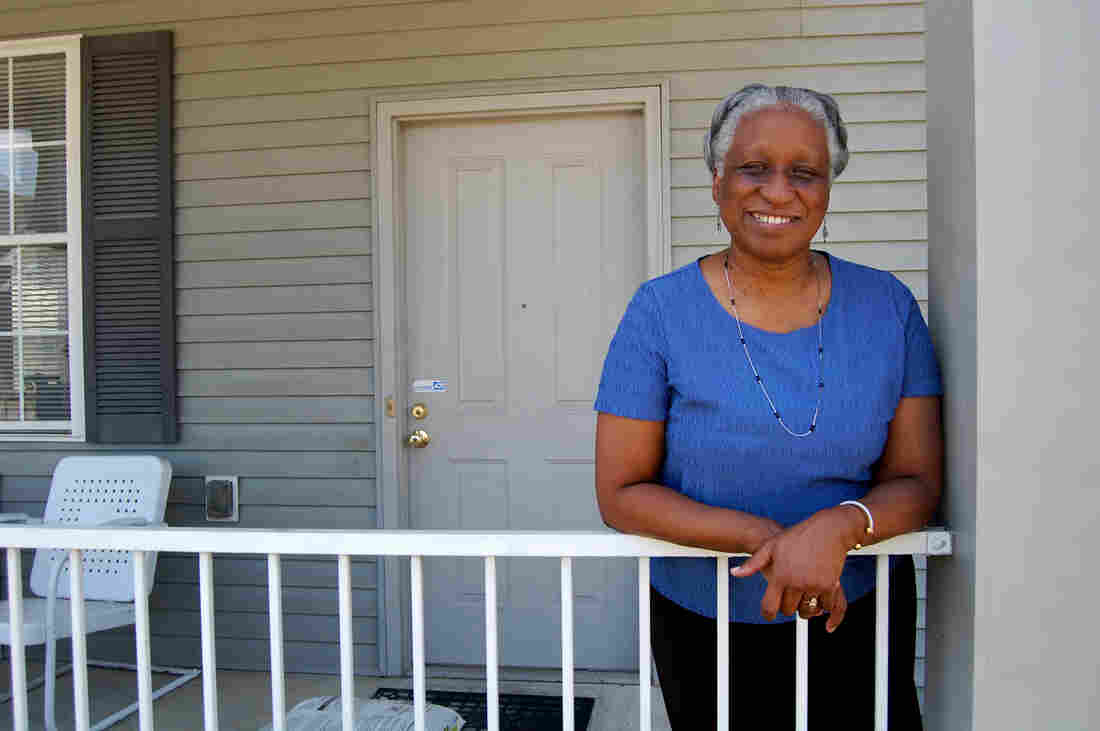 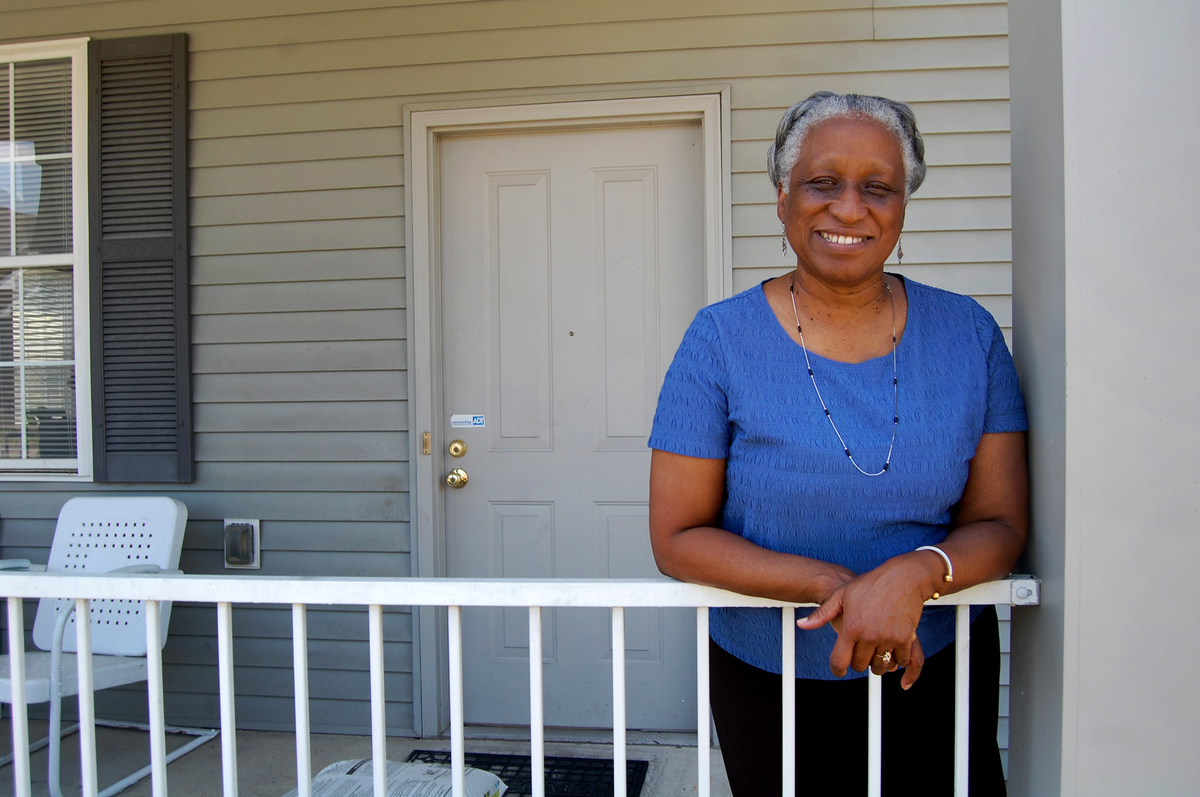 Annie Haigler poses on her front porch in the Park DuValle neighborhood of Louisville. Haigler says she wishes her neighborhood had more trees.

Trees can play a huge role in the health of people living in cities, but across the country, cities are losing millions of trees year after year. And many poor urban neighborhoods — often home to a city's most vulnerable — are starting at a disadvantage.

That lack of tree cover can make a neighborhood hotter, and a joint investigation by NPR and the University of Maryland's Howard Center for Investigative Journalism found just that: Low-income areas in dozens of major U.S. cities are more likely to be hotter than their wealthier counterparts, and those areas are disproportionately communities of color.

"If you live in an area in cities that is seeing more extreme heat days, but you don't have tree cover to cool down your neighborhood, that can literally be a life or death issue," says Daley. "The folks who are least likely to have air conditioning to weather heat waves, the folks who are most likely to have preexisting health conditions that put them at greater risk from those heat waves, aren't getting the benefits of trees."

A study by the Georgia Institute of Technology found Louisville to be getting hotter faster than any of the other 50 largest U.S. metropolitan areas, compared with the rural areas around them. One reason cities tend to be hotter? Fewer trees.

Louisville is losing 54,000 trees each year from development, natural disasters, disease, invasive species and lack of tree care. And it's not alone. From 2009 to 2014, 44 states lost tree cover in urban areas — that's around 28.5 million trees lost every year, according to the U.S. Forest Service.

"Make no mistake, we are losing trees all around the U.S., and cities are struggling to keep up with restoring and establishing a healthy, thriving tree canopy," says Dan Lambe, president of the Arbor Day Foundation.

In Louisville, St. James Court is an oasis: A fountain bubbles in the center of a scenic boulevard. There are few spots left unshaded by the dense tree canopy that stretches overhead.

But maintaining the quarter-mile stretch of land will cost around $20,000 this year, according to the St. James Court Association. That money comes from the annual St. James Court Art Show. Not all neighborhoods can afford that kind of tree maintenance, and neither can the city government. 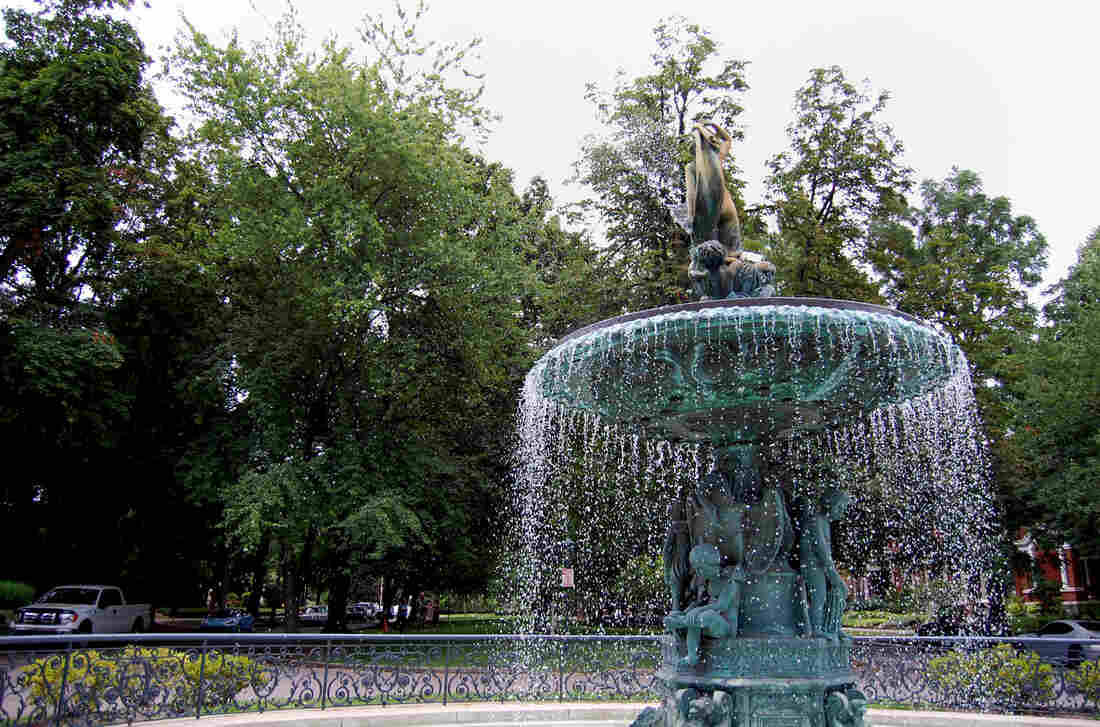 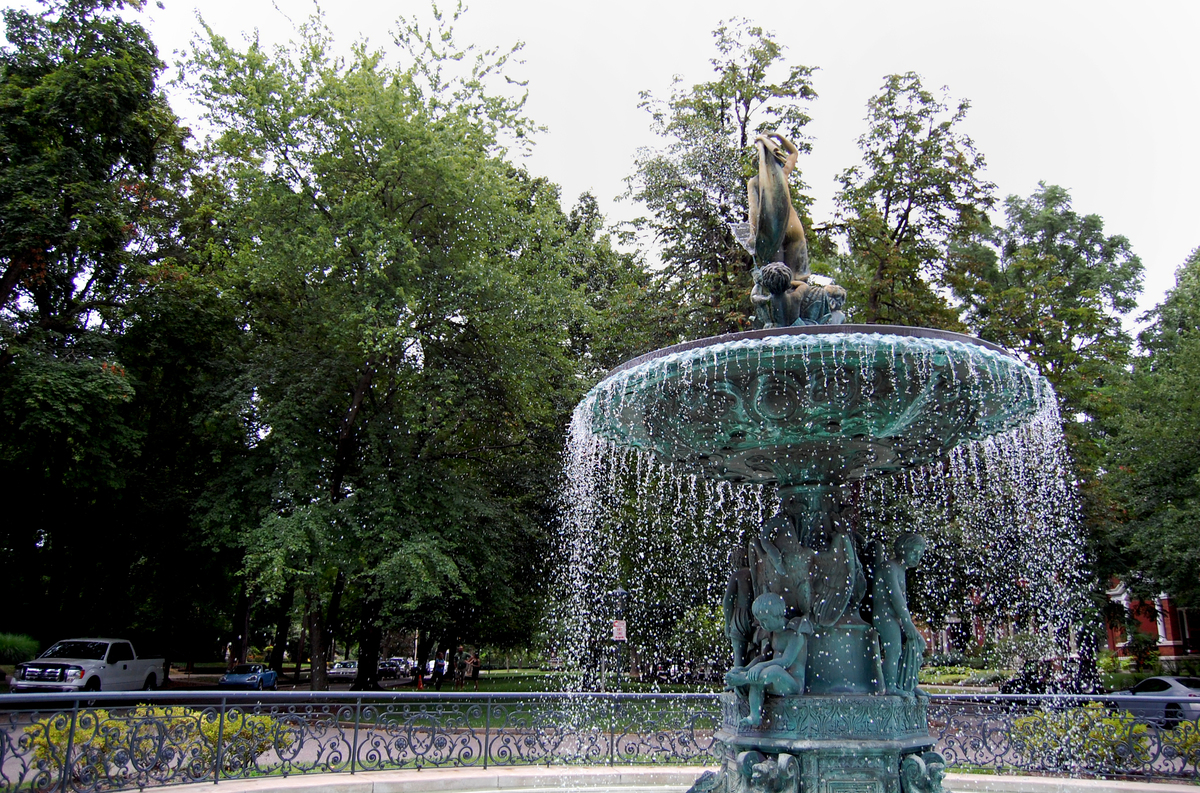 A bronze fountain stands in the center of St. James Court, a tree-covered boulevard in Old Louisville.

Louisville is facing a $35 million budget deficit, which has already resulted in cuts to libraries, pools and firehouses. The city also eliminated the Office of Sustainability, which was coordinating tree planting and heat island issues in the city.

Still, the city estimates it has planted and donated nearly 30,000 trees since 2013. That ends up being more than 5,000 trees on average each year — not nearly enough to make up for the more than 50,000 lost annually.

"We've got to wrestle with this great American challenge, right? People want everything but they don't want to pay for anything," says Louisville Mayor Greg Fischer. When it comes to increasing tree cover, "city government is not going to be able to do all that by itself," he says.

This story is part of a series in partnership with the Howard Center for Investigative Journalism at the University of Maryland.

To read the Howard center's stories on heat in Baltimore, including efforts to increase that city's tree canopy, visit its series website at cnsmaryland.org/code-red.

Maria Koetter, the former director of the Office of Sustainability, says one of the reasons sustainability initiatives can lack political support and resources is that their benefits often aren't immediate. That is especially true, she says, when it comes to trees.

"Instead of giving pills, we plant trees"

In one Louisville neighborhood, a team of researchers is trying to prove that trees are just as important to the health of people in cities as are widely accepted practices like building codes and water treatment.

The Green Heart Project — a multimillion-dollar effort funded in large part by the National Institutes of Health and the Nature Conservancy — is starting to plant fully grown trees, as tall as 30 feet, in a test area within the city. The five-year study will measure health indicators, particularly those for heart health, for around 700 participants, half of whom will be living under the shade of those new trees. The other half will be part of a control group, who live where new trees haven't yet been planted.

"The idea was to run this whole project as a clinical trial, but instead of giving pills, we plant trees," says Aruni Bhatnagar, director of the University of Louisville's Christina Lee Brown Envirome Institute, which is leading the study. 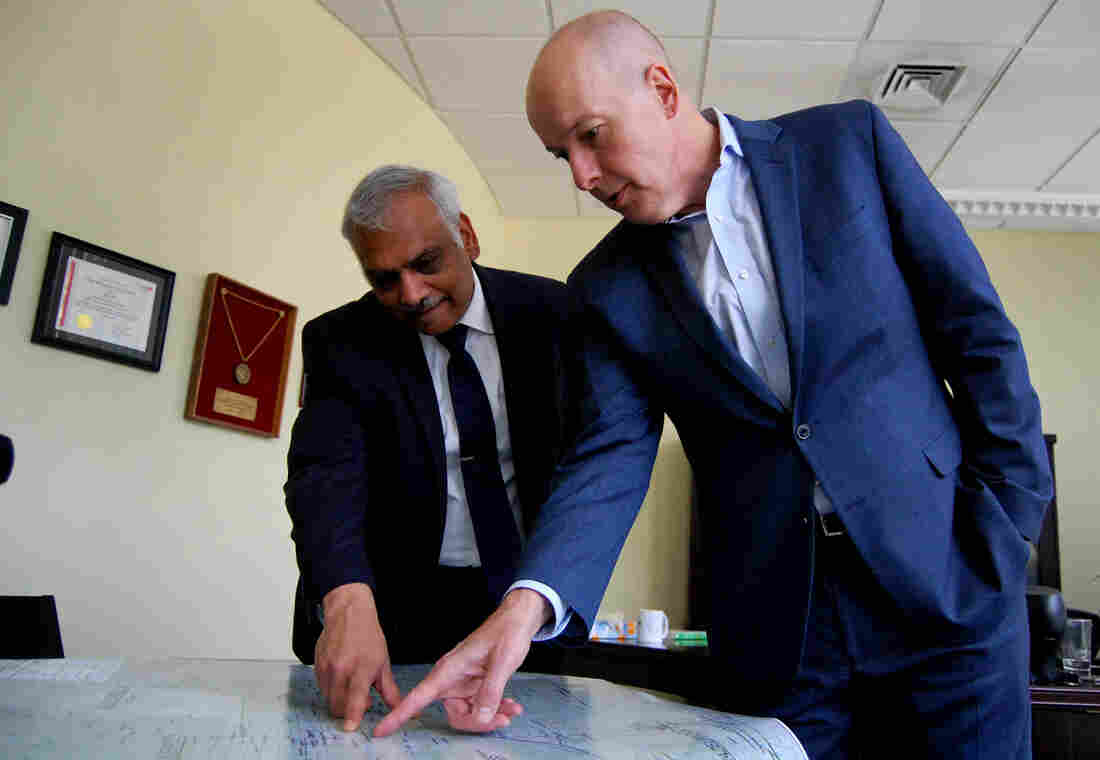 Aruni Bhatnagar (from left) and Ted Smith, researchers at the University of Louisville's Christina Lee Brown Envirome Institute, point to the areas in the city where their team is planting trees. Sean McMinn/NPR hide caption 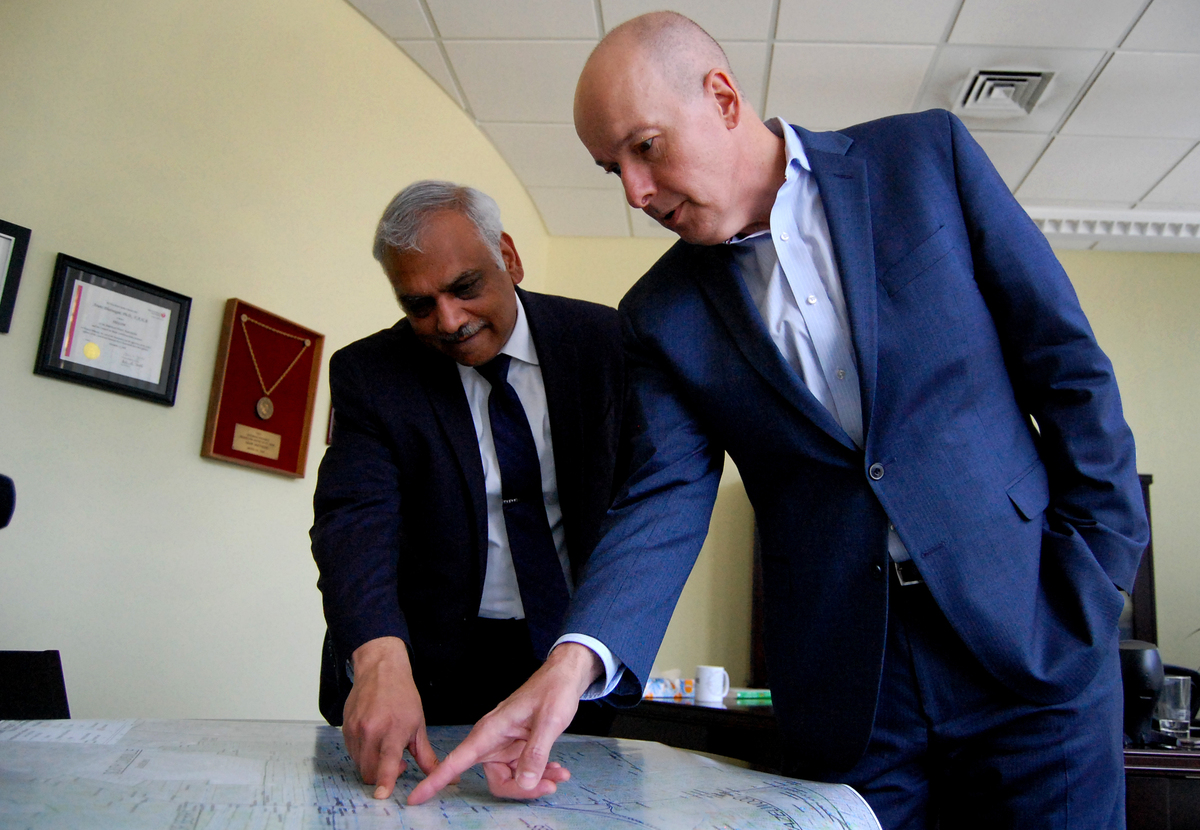 Aruni Bhatnagar (from left) and Ted Smith, researchers at the University of Louisville's Christina Lee Brown Envirome Institute, point to the areas in the city where their team is planting trees.

Beyond cooling a city's temperature down, which on its own can improve health, trees have been linked in prior studies to myriad positive health outcomes: longer life spans, lower levels of stress, better air quality and lower rates of cardiac disease. But Bhatnagar says those studies haven't been enough to get city leaders to prioritize trees.

"We're trying to convince other cities that this is worth doing," says Bhatnagar. "Design cities and neighborhoods that first think about health, not last. That should be the first consideration before you put a single brick into a neighborhood."