Accessibility links
Heat Can Be Particularly Dangerous For People With Mental Illness A new NPR probe found low-income areas in dozens of major U.S. cities are more likely to be hotter than wealthier ones, and people with severe mental illness are impacted by that increase in heat. 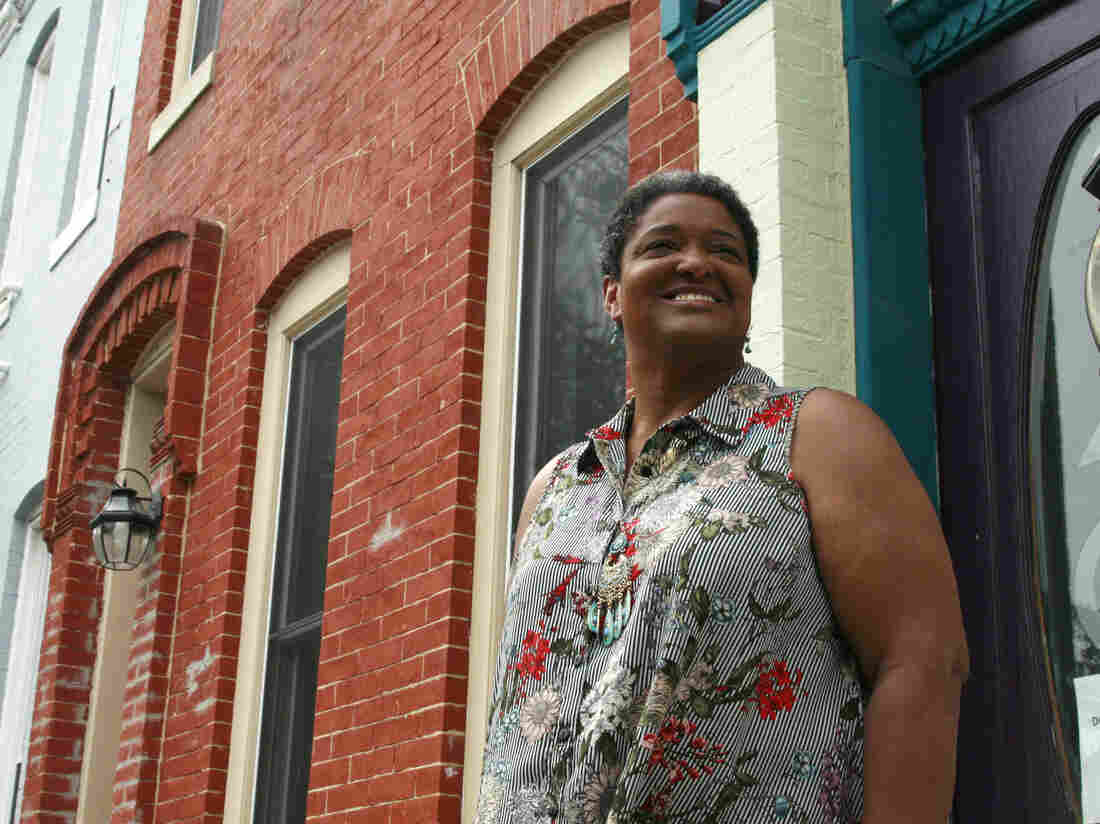 Jeanetta Churchill stands outside of her Baltimore row house. She says she has to keep her air running constantly in the summer in order to manage her bipolar disorder. Nora Eckert/NPR hide caption 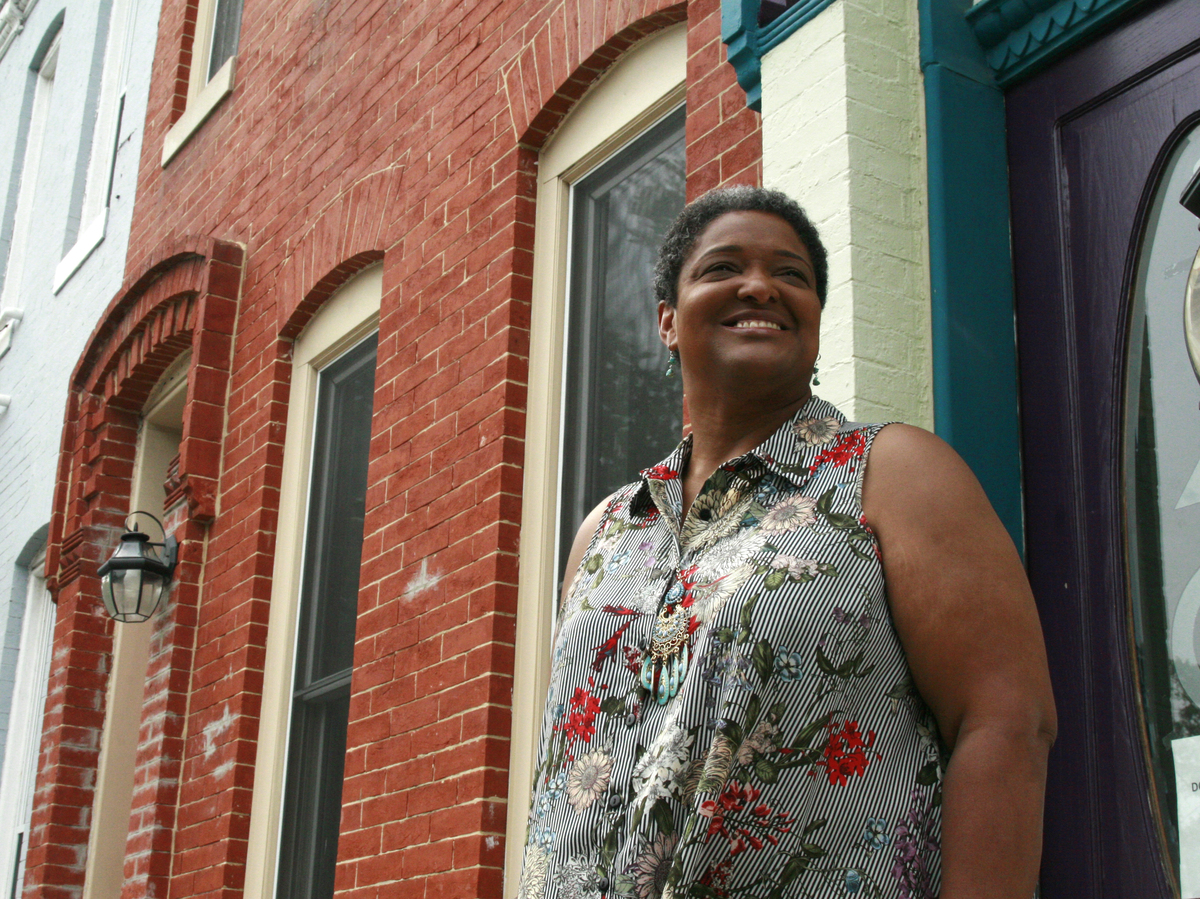 Jeanetta Churchill stands outside of her Baltimore row house. She says she has to keep her air running constantly in the summer in order to manage her bipolar disorder.

Jeanetta Churchill is blasting the air conditioning in her Baltimore row house. A massive heat wave just swept through the city, with temperatures topping 100 degrees. "I don't even want to see what my power bill is this coming month," she says.

Keeping cool in the summer months isn't just a matter of comfort, says Churchill. It helps her manage the symptoms of her bipolar disorder. Churchill says if she doesn't keep her house cool enough to sleep through the night, she can spiral into a manic episode with fits of rapid talking, irrational purchases, or even suicidal thoughts.

She's not alone. For the nearly 1 in 5 adults who experience mental illness, heat can be dangerous, according to Ken Duckworth, medical director for the National Alliance on Mental Illness.

Duckworth says prescribed medications are a major factor. If a patient is on anti-psychotics, for example, the medication can interfere with the body's ability to regulate temperature, leading to dehydration or heat stroke, he says.

One example is Lithium, a drug used to treat bipolar disorder, which Duckworth says can increase the risk of dehydration, especially on hotter days.

Andrea Landry-Brown used to take Lithium and several other drugs to manage her post-traumatic stress disorder, bipolar disorder and anxiety. When she lived in California, the combination of heat and prescription medicines ramped up her symptoms in a way she'd never experienced before.

This story was reported and produced in partnership with the Howard Center for Investigative Journalism at the University of Maryland.

Student and professional journalists at the center spent a year examining the effects of climate change-driven temperature extremes on the health and lives of people in Baltimore.

To read the Howard Center's stories on heat and health in Baltimore, visit its series website at cnsmaryland.org/code-red.

"I'm driving down the street and I literally saw people walking in front of my car," Landry-Brown says. As she stopped to wait for the people she saw to pass, her kids in the backseat told her to keep moving.

She was hallucinating - an incident Landry-Brown, who now lives in Baltimore, says she thinks was caused by the combination of the medications she was taking and the summer heat.

Data backs up the relationship between heat and mental health too. An analysis by the University of Maryland's Howard Center for Investigative Journalism found emergency response calls relating to psychiatric conditions increased nearly 40% in Baltimore in the summer of 2018, when the heat index spiked above 103.

"On hotter days we do see a larger volume of patients, and since it comes in fits and spurts here, that can sometimes be close to overwhelming," says Dr. Reginald Brown, chair of emergency medicine at Bon Secours Baltimore Hospital on the west side of the city. "Any extreme conditions in the weather we'll see a lot more of our behavioral health patients as well, which will also divert some of our care and stretch our resources."

Often, mental health patients are struggling with more than a mental illness. Studies have linked heat and increased drug overdoses, as well as heightened effects of alcohol poisoning - and the Howard Center found calls relating to substance abuse more than doubled during dangerous heat in the summer of 2018. 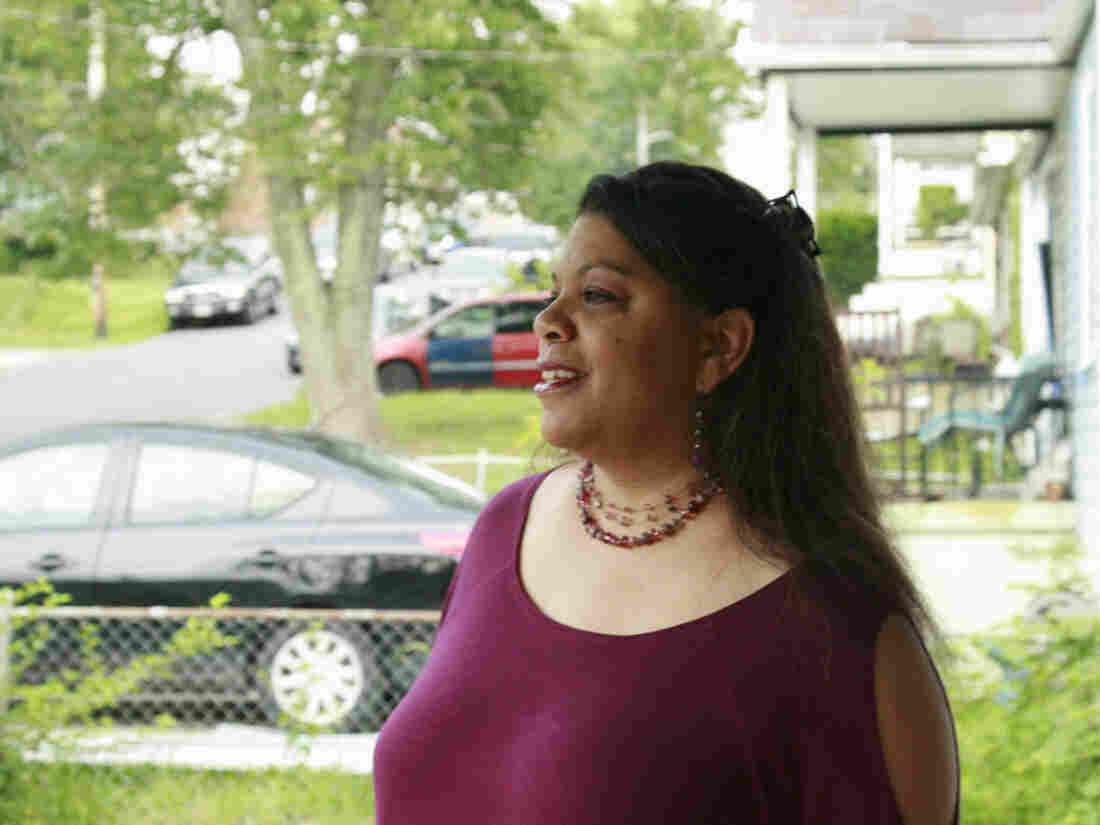 Andrea Landry-Brown stands on the front porch of her Baltimore home. She says she has previously suffered hallucinations in the heat while taking medication to manage her mental illness. Nora Eckert/NPR hide caption 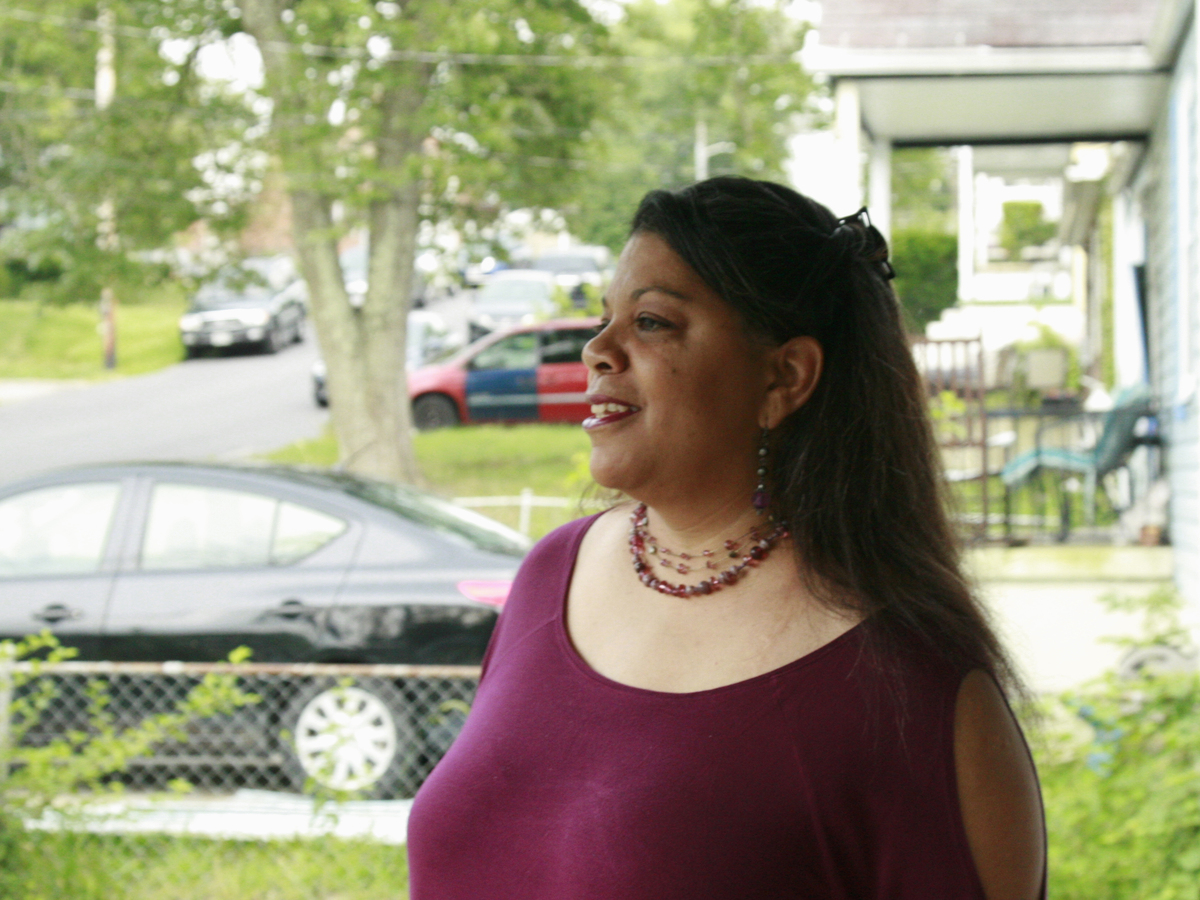 Andrea Landry-Brown stands on the front porch of her Baltimore home. She says she has previously suffered hallucinations in the heat while taking medication to manage her mental illness.

Edgar Wiggins, founding executive director of Baltimore Crisis Response Inc, says 3 out of 4 of their patients in a behavioral health crisis also suffer from substance abuse.

"These are people that are vulnerable and essentially can get into trouble before they know it," Wiggins says, adding that the heat can also exacerbate medical conditions like diabetes or chronic obstructive pulmonary disorder.

"So if you've got a chronic behavioral health condition, chances are you're not taking care of or managing your diabetes, or your hypertension. So if you want to add to that temperatures of over 100 degrees with this vulnerable population, it really puts them at risk," Wiggins says.

As the threat of climate change increases, Duckworth says its effects on mental health can't be ignored. He says when he was trained, it wasn't a big part of the conversation in the medical community.

"I think that now, you just have to think more creatively about how the weather is impacting your patient," says Duckworth. "It's impossible not to think about our climate."

NPR's Meg Anderson and the Howard Center's Sean Mussenden contributed to this report.