Accessibility links
'It's The Stone Age Of Fossil Fuels': Coal Bankruptcy Tests Wyoming Town Hundreds of coal miners in Wyoming are still out of work two months after their employer declared bankruptcy. It's a moment of reckoning for a town some think relies too much on the energy industry. 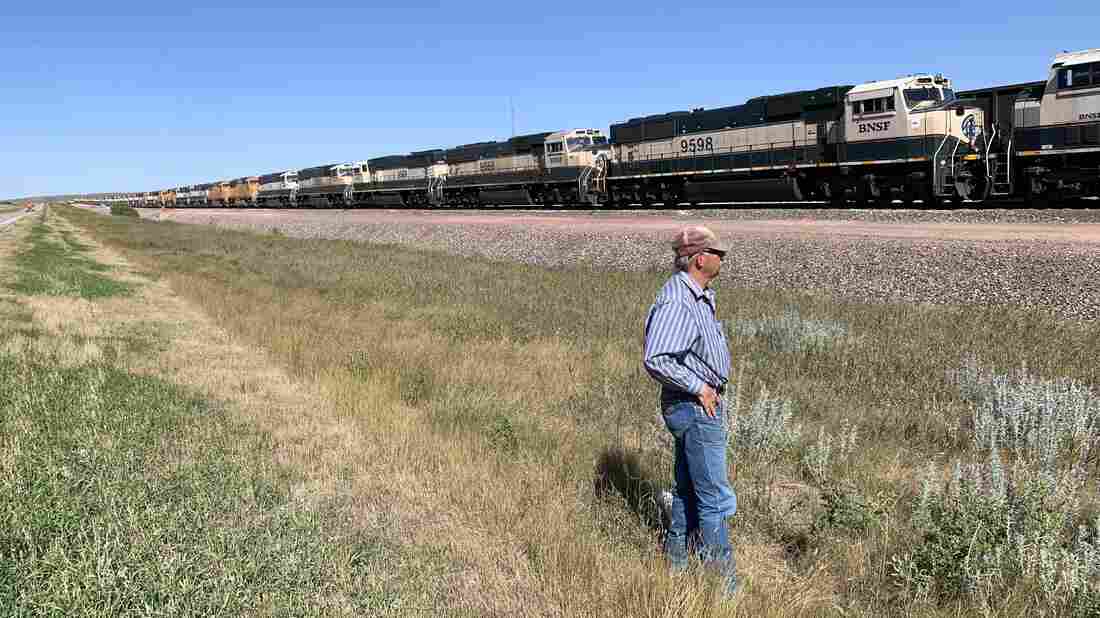 In Gillette, Wyo., miner Bill Fortner stands by stalled trains that normally would be transporting coal. Local production has declined by one-third in the past decade. Cooper McKim/Wyoming Public Media hide caption 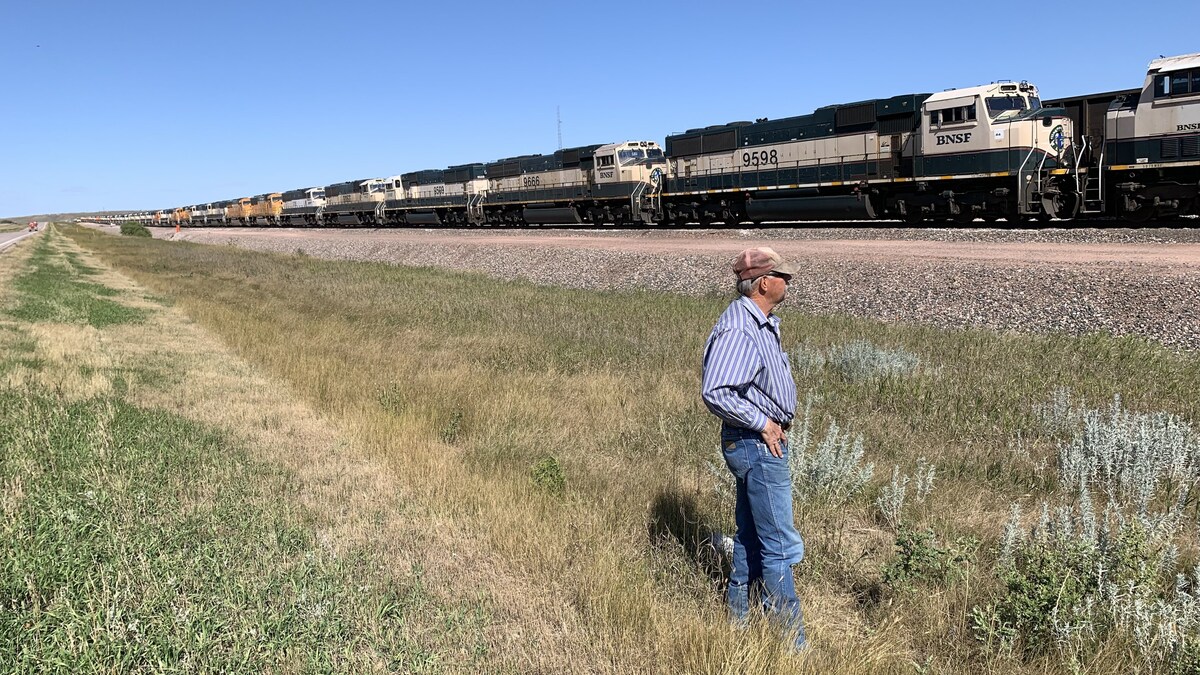 In Gillette, Wyo., miner Bill Fortner stands by stalled trains that normally would be transporting coal. Local production has declined by one-third in the past decade.

Two months ago, coal company Blackjewel declared bankruptcy, putting hundreds of miners in Wyoming and across Appalachia out of work. Miners affected by the bankruptcy in Kentucky have been camping out on a train track for six weeks in protest.

Blackjewel is the third coal company in Wyoming to declare bankruptcy this year, but this one is more dramatic: paychecks went unpaid, a CEO was pushed out and, most importantly, the gates of the mines in Gillette, Wyo., which calls itself the energy capital of the U.S., were locked, stopping coal production. Miners say that just doesn't happen.

The move left about 600 people out of work in Gillette. In two months, only 25% of workers have found jobs, according to local management.

Until two months ago, Darlene Rea worked in Blackjewel's warehouse. She received freight, wrote invoices and found parts. Since the coal company's abrupt bankruptcy, she's been stuck looking for work.

Next to many is the word "rejection."

Rea has a medically retired husband and a mortgage. Worst comes to worst, they might have to sell the house and move — a tough option with grandkids nearby. Rea says her positivity is fading with each passing day of a particularly prolonged bankruptcy.

"I didn't think it was going to be this long. Seriously."

Ty Cordingly is one of the few who managed to land a new job.

"I got some co-workers that had to go to Nevada, Montana, South Carolina, you know, Arizona," he said. "When there's not very many jobs — our entire community is based around the energy industry."

Gillette isn't just losing people — it's losing money, too. Blackjewel owes the county $37 million — funds that support not only local services but state education. It's left local vendors unpaid. The company even owes the federal government more than $60 million. Cordingly thinks Wyoming relies too much on energy.

"This isn't a story about one individual or one generation. The state has always just counted on us being the cash cow for the state of Wyoming and they didn't have to do any planning because the oil kept flowing and the trains kept rolling out with coal on it," he says. 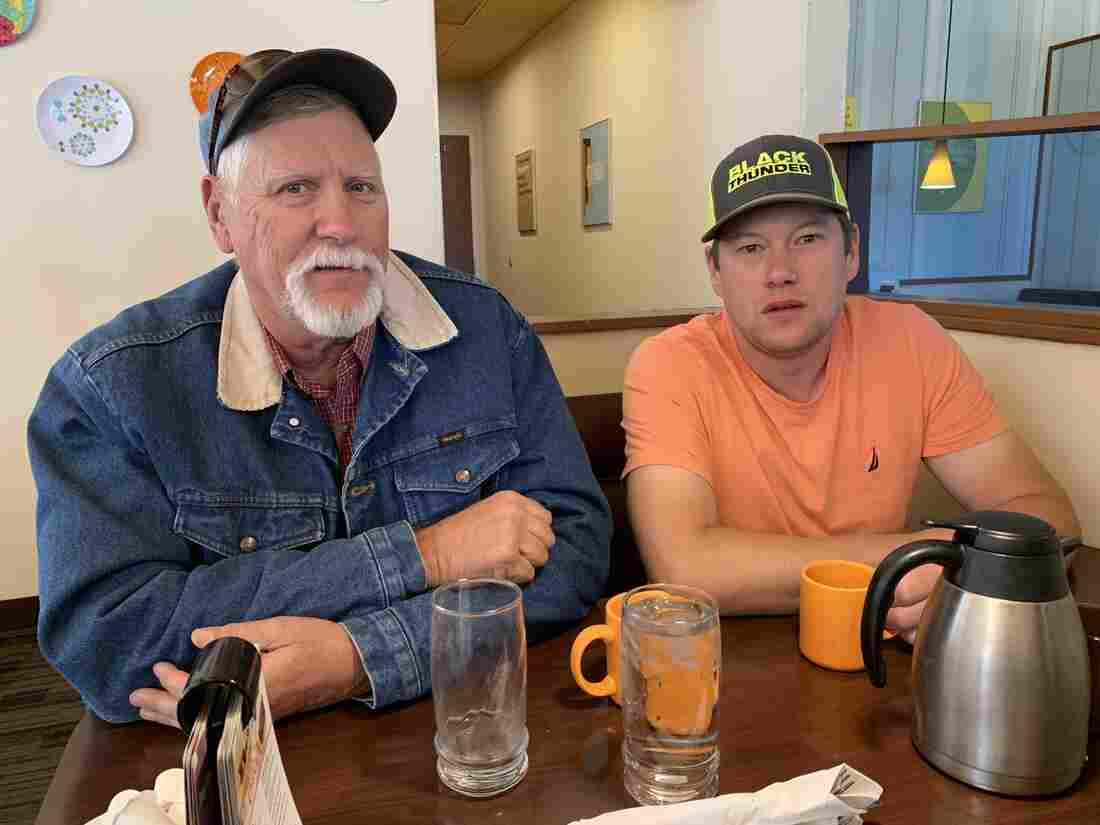 Ty Cordingly and his dad at a local Gillette diner. He's seen coworkers leave the state for jobs and thinks Wyoming relies too much on the energy industry. Cooper McKim/Wyoming Public Media hide caption 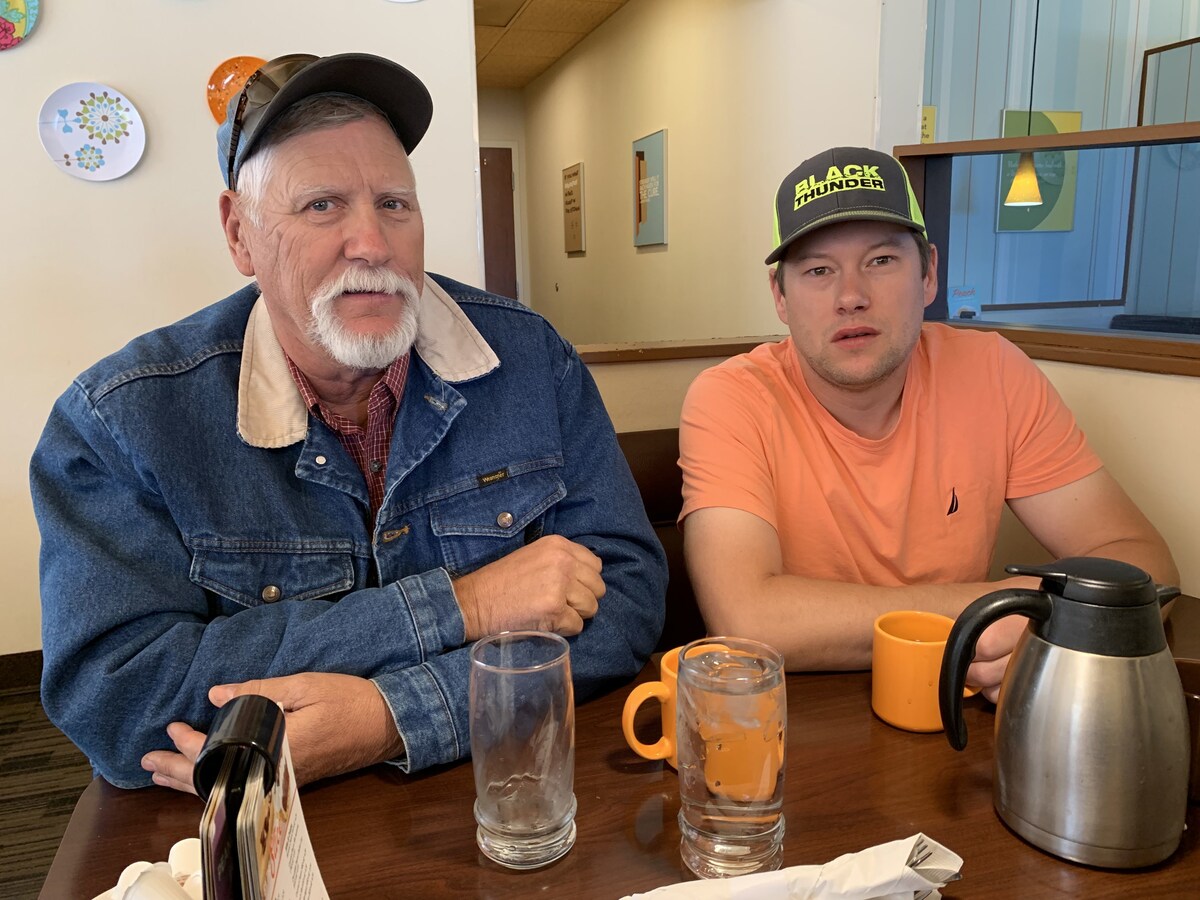 Ty Cordingly and his dad at a local Gillette diner. He's seen coworkers leave the state for jobs and thinks Wyoming relies too much on the energy industry.

Over the past year, Campbell County produced the most tax revenue for the state: 15% of it. Oil and gas are certainly still flowing, but coal isn't having as much luck.

Driving to his regular diner, retired coal miner Bill Fortner says, "It's the Stone Age of fossil fuels, coal is. It's done."

His ancestors homesteaded here four generations ago. Fortner is a staunch Republican who has mined coal for much of his life. He says President Trump has been the best shot coal has had, but it hasn't been enough. Production in the Powder River Basin has declined by one-third in the past decade. Fortner says the area needs to adapt, and quickly.

"Otherwise, we're going to be sitting here looking at another ghost town," he said.

Local leaders say Gillette is already taking steps to diversify its economy. While that's underway, Wyoming Gov. Mark Gordon says there may be some tight financial years ahead.

The future is still uncertain for Blackjewel's two mines. The former owner says it plans to buy them back but would only keep them open for the short term.