Accessibility links
'S****y Media Men' List: What Happens When The 'Whisper Network' Goes Public In 2017, a crowdsourced spreadsheet gave women the opportunity to anonymously share allegations against prominent figures in journalism and publishing. One writer has filed a defamation lawsuit. 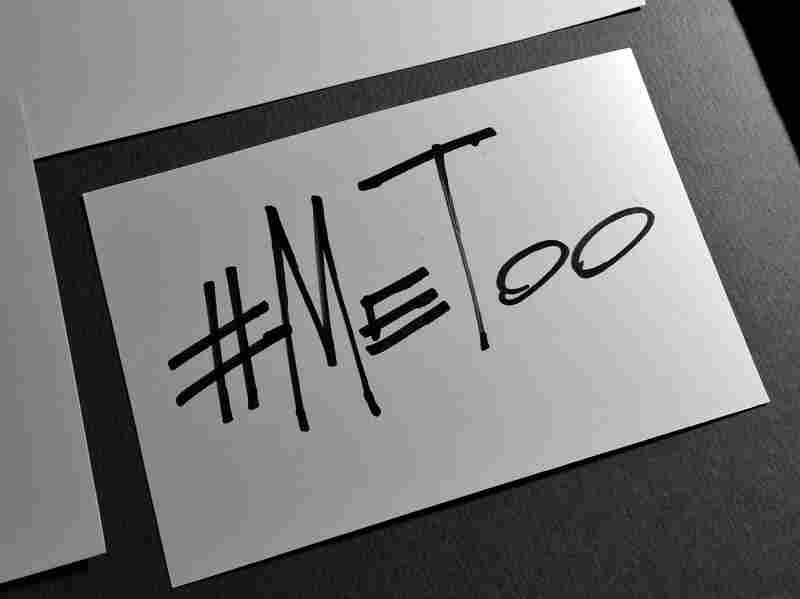 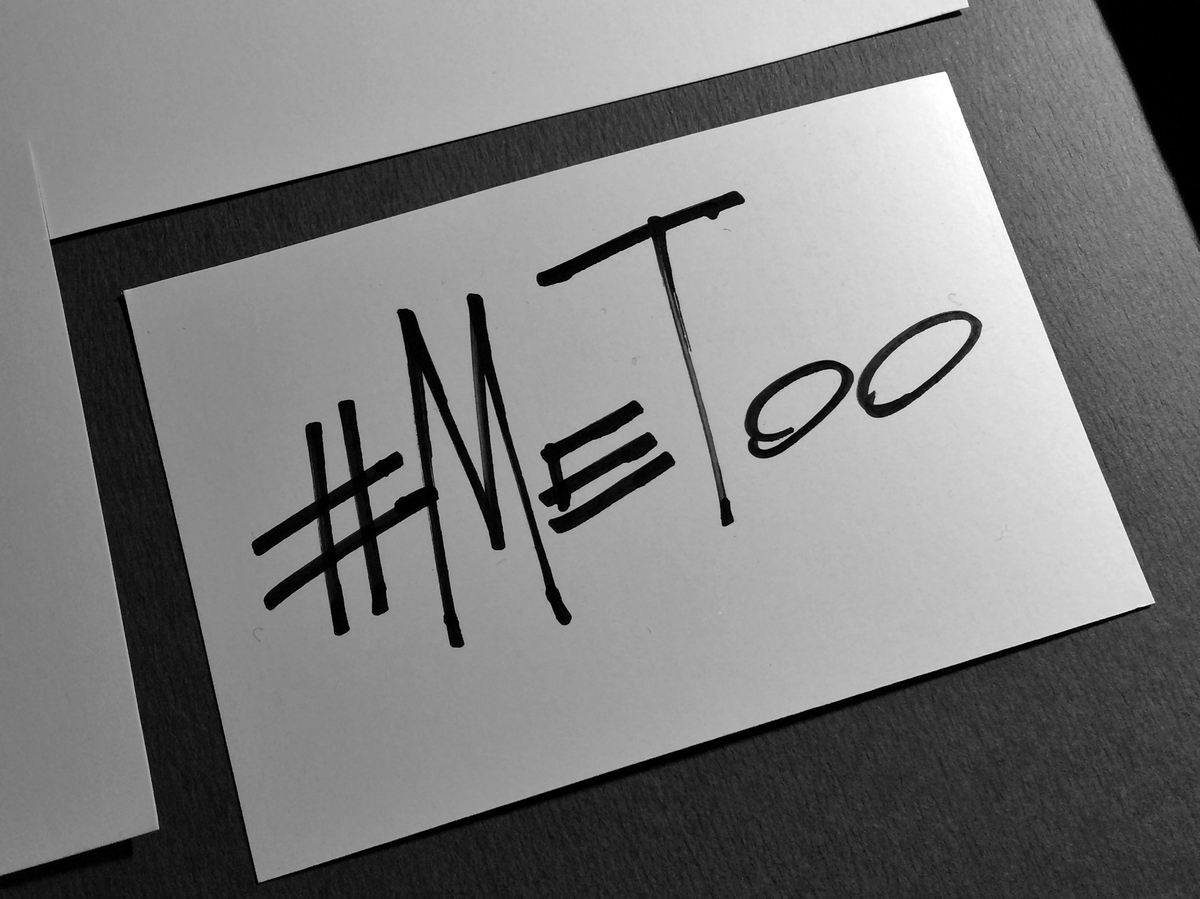 In 2017, the "S****y Media Men" list began making the rounds on the Internet. Coming right on the heels of the downfall of movie producer Harvey Weinstein, the list seemed poised to take down even more men in media. The editable, crowdsourced spreadsheet contained accusations — all made anonymously, that ranged from "creepy" direct messages to "rape" — against prominent figures in journalism and publishing.

"Wikipedia wrapped in razor blades" is how journalism professor and news veteran Jill Geisler described the list at the time, pointing out that the list represented a welcome reversal of power and gender dynamics, as well as potential to cause harm. "By all means examine it — but do so carefully or there may be a lot of blood on your hands," Geisler wrote.

One man on the list who believes his life was damaged is Stephen Elliott, author of The Adderall Diaries, as well as other books. He has filed a defamation lawsuit against list creator Moira Donegan, and the anonymous "Jane Doe" contributors.

The list takes shape and begins to take a toll

The Google spreadsheet Donegan created and shared with her female friends in media allowed contributors to add men's names, employers and allegations against them. Donegan has said the list was meant to be private. In an essay in The Cut, in which she outed herself as the list's creator, she says she took it down after 12 hours because she was overwhelmed by the response. But the spreadsheet — which was not password protected — was shared widely throughout the media industry, reported on in a Buzzfeed article, and versions of it were posted on Reddit and YouTube.

As Stephen Elliott describes it, appearing on the list resulted in a brutal fallout — both personally and professionally. Elliott is an acclaimed writer who has written extensively about his own destructive behavior. The New York Times wrote that his novel Happy Baby is "the most intelligent and beautiful book ever written about juvenile detention centers, sadomasochism and drugs." A movie inspired by The Adderall Diaries starred James Franco and Cynthia Nixon.

But, Elliott says, when his name appeared on the Media Men list, the literary community "turned" on him. "I kind of stopped introducing myself as a writer, actually," he says. He thought at first that the accusation against him — rape — was ludicrous. "I knew that was false," he says. "I knew, not only that I had not ever raped anybody but also that there was nobody out there that thought I raped them."

You're accused of rape. You're on the S****y Media Men list. You're canceled. You cannot be in this community anymore.

Even so, he says that media coverage planned for a new book he had coming out was canceled and that he was uninvited from book events. He claims his agents dropped him. Some sources close to his agents' decisions deny Elliott was dropped because of the list. Elliott wrote a long essay — published on Quillette — in which he denied the allegations and talked about how the list damaged his career. But, he says, even that didn't make things better. Within the literary community, he contends, minds were made up.

"I just realized that my community was not going to engage with me on this in good faith," says Elliott. "'You're accused of rape. You're on the S****y Media Men list. You're canceled. You cannot be in this community anymore.'" Elliott figured: "The only way to clear my name is to file a lawsuit."

Long before the #MeToo movement reached its peak, women shared the names of the men they believed to be sexual predators informally, through "whisper networks." Moira Donegan has compared the "S****y Media Men" list to those networks.

She declined to be interviewed for this story, but her attorney, Roberta Kaplan, agrees, saying the goal of the list was to keep women safe: "So that if a certain guy who you worked for was on the list you would know not to go out to drinks with him, or not to be alone in a room that you might be compromised with him in. And it was really meant as a kind of a warning and as a protection mechanism."

What Moira was doing with this list was a very good faith effort, not to try to get men in trouble — but to protect women from not being in these situations going forward.

At the top of the spreadsheet, Donegan included a disclaimer that reads: "This document is only a collection of misconduct allegations and rumors. Take everything with a grain of salt. If you see a man you're friends with, don't freak out."

"What Moira was doing with this list was a very good faith effort," says Kaplan, "not to try to get men in trouble — but to protect women from not being in these situations going forward. And under the First Amendment, given the fact that she did in good faith and given the fact that that was her motive, she can't be sued for doing it."

Kaplan has filed a motion to dismiss Elliott's defamation suit. A date for oral arguments on that motion has not been set.

Repercussions for men — and for women

In October 2017, as the world was reeling from the numerous sexual misconduct allegations against Harvey Weinstein, women fired up by the #MeToo movement saw the "S****y Media Men" list as a necessary agitator. And for alleged victims of sexual violence, the list felt like the closest they would get to justice.

Writer Deirdre Coyle says she did not contribute to the list but was "happy" it existed. One of the roughly 70 names on an early version of the list included the freelance journalist she alleges raped her and other women she knows. "A few editors reached out to me who had worked with him in the past to say that they would not work with him again and, in some cases, that they were warning other editors they knew not to work with him, which I appreciated," says Coyle.

Some of the men on the list lost their jobs or freelance work. Some are still working and have even gotten new jobs. Some disappeared from public life.

NPR reached out to several men on the list. Aside from Elliott, only one agreed to an interview on the condition that his name not be used. He denies the allegations made against him. "It's breached every corner of my life," he says.

When you're accused of something like that it's hard not to suspect yourself, I guess, in the way other people might suspect you.

A man who appeared on the 'S****y Media Men' list, who asked to be quoted anonymously

"Being accused of sexual assault is a really difficult thing to deal with. It makes you call into question every potential or actualized romantic or sexual relationship. Every interaction that I've had," he says. "I spent months just thinking through everything that I had ever done and looking for something that would back [the allegation] up. When you're accused of something like that it's hard not to suspect yourself, I guess, in the way other people might suspect you."

He believes all men — including those not on the list — should take time to do similar soul-searching.

He does not disparage Donegan for creating the list, nor does he plan to take legal action. But, he says, while he believes she intended the list to be private, he called her actions "dangerously naïve." He says the media world is full of the "nosiest people on Earth."

As for Elliott's defamation lawsuit against Donegan, a judge gave Elliott permission to subpoena Google for the names of the anonymous contributors. A Google spokesperson tells NPR the company "objects" to the subpoena.

Elliott's lawyer Andrew Miltenberg says this case isn't just about the "S****y Media Men" list. It's about how we feel, as a society, about anonymous allegations of serious offenses that can stay online forever.

But anonymous allegations might be the strongest tool the #MeToo movement has. When women do report sexual misconduct at work, 1 woman in 3 says she faced retaliation, according to the National Women's Law Center. The only way to understand the scope of the problem, says writer Deirdre Coyle, is to let women name names anonymously. "Any kind of broad, sweeping change is not going to be perfect. It may have some negative consequences. But for change to happen, something like this needed to happen. That's my opinion," Coyle says.