Accessibility links
Hurricanes And U.S. Territories In The Caribbean : 1A "I have to sit in this seat, and wonder as a U.S. Virgin Islander, and wonder if we'll exist in twenty years," reporter Peter Bailey told us. He says he isn't hopeful that Congress will act on climate change, in light of the fact that the island is majority black.

A fisherman looks out to the sea from a fishermen village in Vieques, Puerto Rico. RICARDO ARDUENGO/AFP/GETTY IMAGES hide caption 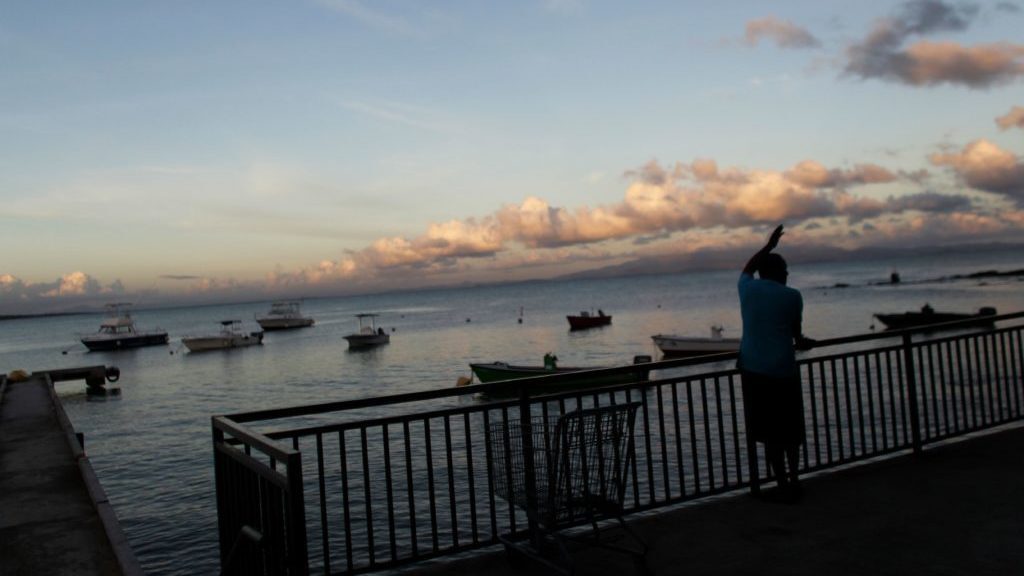 A fisherman looks out to the sea from a fishermen village in Vieques, Puerto Rico.

Hurricane Dorian continues to make slow progress up the southeastern coast. But we're only starting to comprehend the storm's destruction in the Bahamas.

Much of Grand Bahama Island is underwater. Multiple people are known dead, including two confirmed Tuesday night. The once-category five hurricane, now heads towards the southeastern coast of U.S. and is expected to hit North and South Carolina on Thursday.

How should we help regions where hurricanes and tropical storms are becoming more common? How much is climate change a factor in their severity and frequency?

To answer these questions, we spoke with Miguel O. Román, the founding director at the Earth and Space Institute from the University Space Research Association; and Peter Bailey, director of the documentary "Paradise Discovered: The Unbreakable Virgin Islanders."