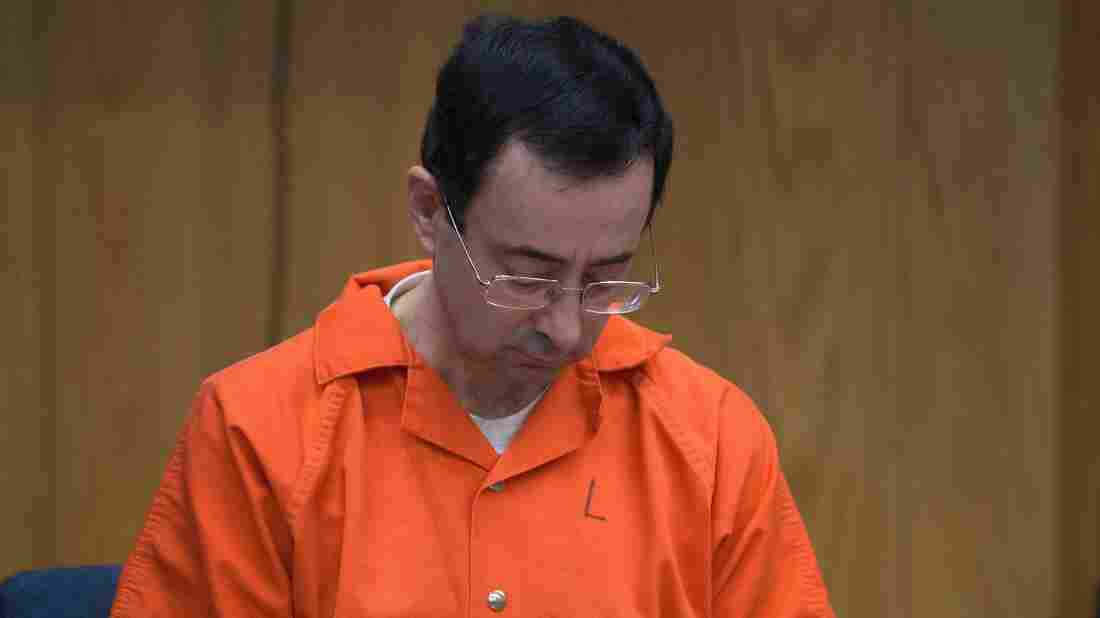 Michigan State University and USA Gymnastics doctor Larry Nassar, seen at a sentencing hearing last year in Charlotte, Mich. On Thursday, the Department of Education fined the university $4.5 million for its response to Nassar's conduct while he was employed by the school. Rena Laverty/AFP/Getty Images hide caption 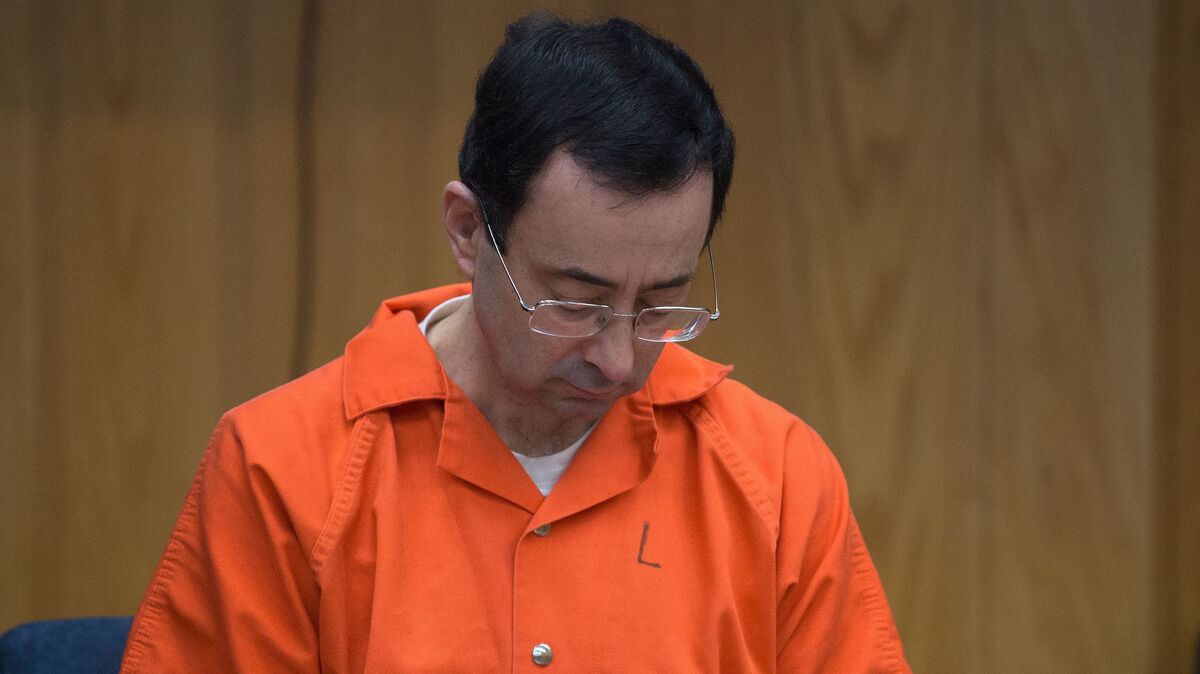 Michigan State University and USA Gymnastics doctor Larry Nassar, seen at a sentencing hearing last year in Charlotte, Mich. On Thursday, the Department of Education fined the university $4.5 million for its response to Nassar's conduct while he was employed by the school.

The U.S. Department of Education has levied a $4.5 million fine against Michigan State University for its "systemic failure" to address the sexual abuse committed by Larry Nassar, the MSU and USA Gymnastics doctor who admitted to sexually assaulting his patients for decades.

The fine that was announced Thursday came after two investigations ordered by Education Secretary Betsy DeVos.

"What happened at Michigan State University was abhorrent," DeVos told reporters by telephone Thursday. "The crimes for which Larry Nassar and [former Michigan State Dean] William Strampel have been convicted are disgusting and unimaginable. So, too, was the university's response to their crimes. This must not happen again — there or anywhere else."

Last year Nassar was sentenced to up to 175 years in prison for abusing dozens of girls and young women under the guise of providing medical treatment. He was also hit with a separate sentence of up to 125 years for the abuse and an additional 60-year federal prison term for child pornography.

Strampel led Michigan State's college of osteopathic medicine and oversaw Nassar during the doctor's tenure at the school. Strampel, too, faces prison time for his role in the abuse scandal: In June, he was convicted of two counts of willful neglect of duty and one count of felony misconduct for sexually harassing female students in his own right.

The investigations — one conducted by the federal Office of Civil Rights, the other by the office of Federal Student Aid — found that despite having received reports of sexual violence, Michigan State failed to properly disclose the incidents, notify campus security authorities or issue timely warnings about what was going on. The school was also found to have violated the terms of Title IX, a federal statute that bans sex discrimination in education programs that receive federal funding.

"Too many people in power knew about the behaviors and the complaints," DeVos said, "and yet the predators continued on the payroll and abused even more students."

As part of its punishment, the university must establish a new office dedicated to complying with federal regulations and also "create a system of protective measures and expanded reporting to better ensure the safety" of students and minor children who visit the campus, the Department of Education says.

Of the $4.5 million fine, the Department of Education says it is a record for punishments of this type. But the fine is not likely to make a dent in the university's finances: As of the end of June, Michigan State said its endowment was estimated to be $2.9 billion. The Department of Education did not immediately clarify where the money from Thursday's fine will be directed.

The fine is part of the school's settlement with the Department of Education, which also stipulates that "nothing in this Agreement constitutes an admission of liability or wrongdoing by MSU."

Believed: The Story Of Larry Nassar — And How He Was Brought Down

Still, MSU President Samuel L. Stanley — whose predecessor resigned last year and faces criminal charges of her own for the Nassar scandal — said Thursday the federal findings are "very clear that the provost and former president failed to take appropriate action on behalf of the university to address reports of inappropriate behavior and conduct, specifically related to former Dean William Strampel."

"I'm grateful for the thoroughness of these investigations and intend to use them as a blueprint for action," Stanley added in his statement.

In an op-ed published Thursday in the Louisville Courier-Journal, the lead state prosecutor in the case against Nassar, Angela Povilaitis, said credit for taking down Nassar should go to the first victim to go public with her story, Rachael Denhollander.

"When the judge issued a gag order prohibiting victims from speaking publicly, Rachael challenged the order in federal court (and won). And when 204 women and girls stood up to Nassar at the historic sentencing hearings, Rachael was there for support, every single day, watching those victims become survivors," Povilaitis wrote.

"She inspired greater oversight of national sports bodies," she added. "But her greatest contribution may be to the untold number of girls who will never meet Larry Nassar."