Accessibility links
Robert Mugabe, Veteran President Of Zimbabwe, Dead At 95 Mugabe led the nation formerly known as Rhodesia from its independence from Britain in 1980 until 2017. He was once seen as a hero, but his leadership grew increasingly authoritarian.

Zimbabwe's longtime president Robert Mugabe has died. He was 95. Mugabe's death was announced by the office of Zimbabwe's president.

Mugabe came to power at independence from Britain in 1980, after a guerrilla war ended white-minority rule in then-Rhodesia. He was heralded as a model leader — but that image steadily eroded over time as his leadership became more authoritarian. Democracy, the rule of law and the economy suffered.

The start of a new era

When Robert Mugabe took the oath of office in April 1980, there were high hopes for Africa's newest nation. He was hailed as a pragmatic African leader.

Representing Queen Elizabeth II, Prince Charles echoed a feeling shared around the globe when he said, "Today is a moment of immense historic significance, a rare occasion in lives of nations, where a new and greater beginning is possible, which we must not allow to fail."

Robert Gabriel Mugabe was born in 1924 in Zvimba, southwest of the capital (which was then called Salisbury, and is now Harare). 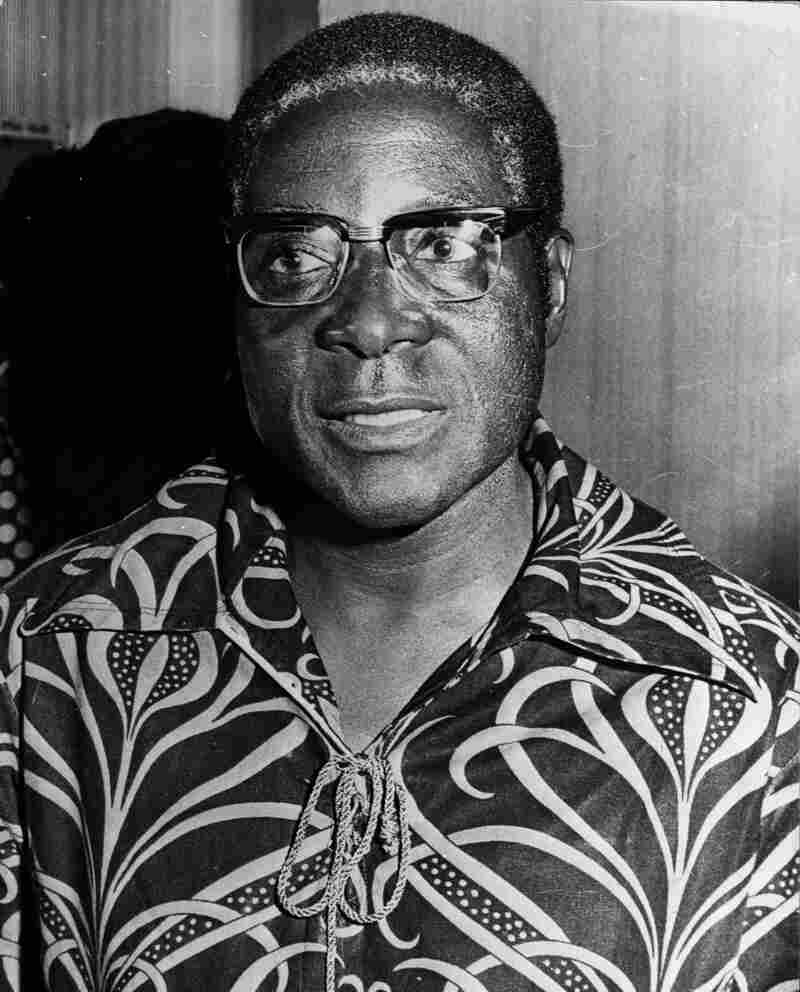 Mugabe, shown in 1976, was regarded as a hero in his younger days, but over the decades his leadership became increasingly authoritarian. Under his watch, Zimbabwe suffered runaway inflation, mass unemployment and chronic food, water, electricity and fuel shortages Keystone/Getty Images hide caption 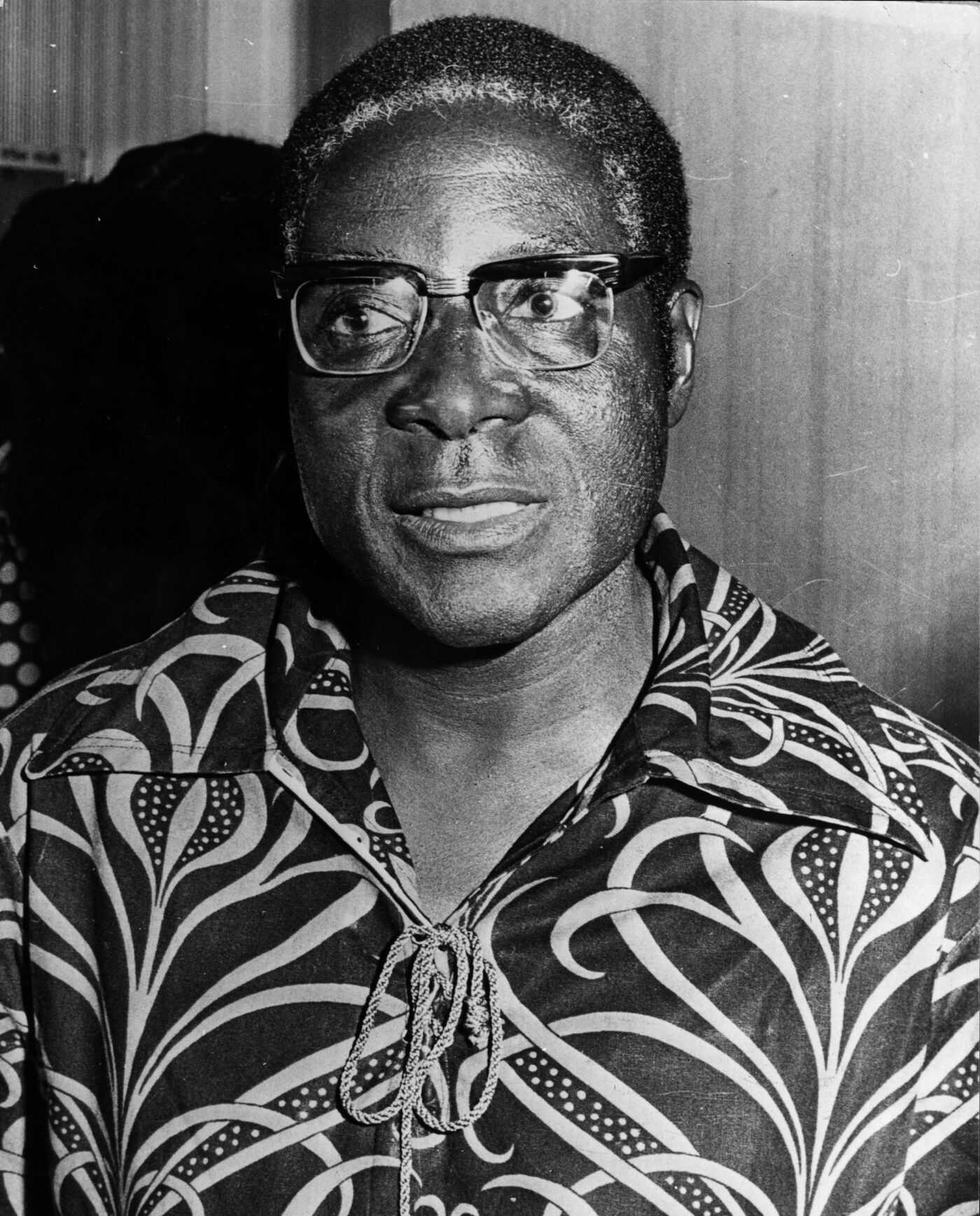 Mugabe, shown in 1976, was regarded as a hero in his younger days, but over the decades his leadership became increasingly authoritarian. Under his watch, Zimbabwe suffered runaway inflation, mass unemployment and chronic food, water, electricity and fuel shortages

Educated by Jesuit priests, he became a teacher before joining the liberation struggle. Mugabe, the intellectual — with his many academic degrees — was considered the political leader and the brains behind the guerrilla war, and was imprisoned for 11 years.

Mugabe preached a message of harmony and promised to pursue a policy of inclusion for all Zimbabweans. In 1980, he said, "The phase we are entering, the phase of independence should be regarded as a phase conferring upon all of us — the people of Zimbabwe — whether we are black or white — full sovereignty, full democratic rights."

From optimism to violence

Fast-forward 20 years and the flowering of an opposition movement. Mugabe tasted defeat for the first time in 2000, in a referendum on constitutional reform. The situation soured.

That same year, he encouraged the often violent seizure of thousands of flourishing, white-owned industrial farms. Gone was Zimbabwe's reputation as the breadbasket of southern Africa.

Mugabe blamed the nation's woes on the British and Zimbabwe's white farmers, who openly supported the new opposition Movement for Democratic Change, the MDC party.

"The MDC opposition, formed at the behest of Britain in 1999, is now on an evil crusade of dividing our people on political lines," Mugabe said at the time, "as they continue to fan and sponsor heinous acts of political violence, targeting innocent citizens."

Hero Or Dictator? Mugabe After 34 Years At Zimbabwe's Helm

Hero Or Dictator? Mugabe After 34 Years At Zimbabwe's Helm

But pro-Mugabe political thugs were accused of muzzling the opposition, using brutal tactics. Criticized for rigging earlier votes, the president lost the first round of elections in 2008. But, before the second round, Mugabe's militants — and loyalists within the security services — unleashed a wave of violence, leaving an estimated 200 people dead.

The opposition leader, Morgan Tsvangirai, pulled out of the runoff, and Mugabe cruised to victory. But he ruled over a diminished Zimbabwe. The U.S. and the European Union had already imposed sanctions on his inner circle. Mugabe tore into then-British prime minister, Tony Blair.

In Zimbabwe's Media, It's All About Robert Mugabe

"We belong to this continent, Africa. We don't mind having and bearing sanctions banning us from Europe. We are not Europeans," Mugabe said. "We have not asked for any inch of Europe. ... So, Blair — keep your England and let me keep my Zimbabwe." 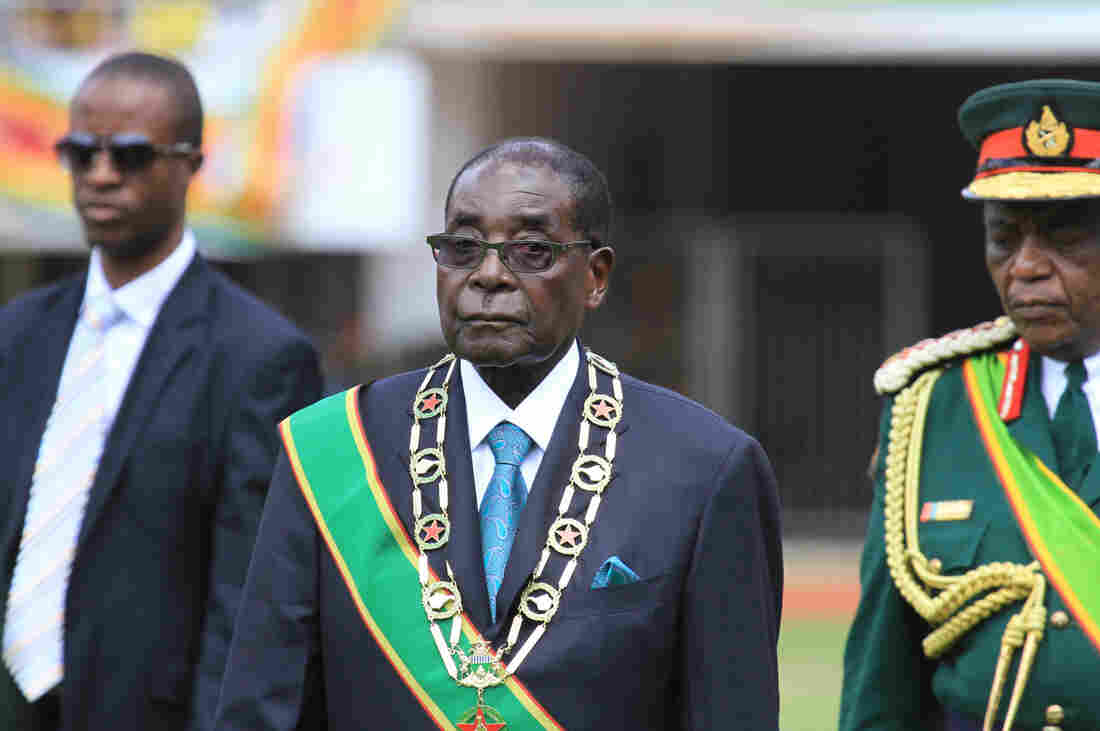 Robert Mugabe, shown at Zimbabwe's 34th annual independence celebrations in 2014, led the nation from its independence in 1980 until 2017. Tsvangirayi Mukwazhi/AP hide caption 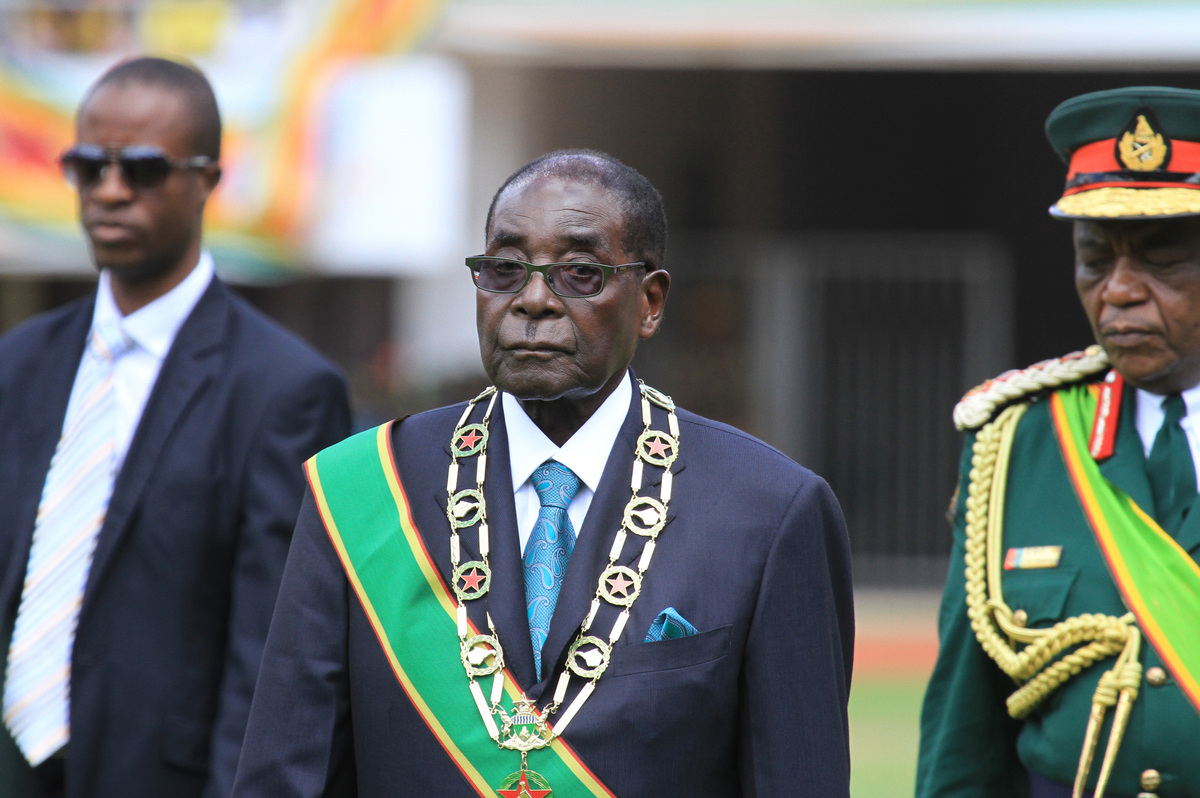 Robert Mugabe, shown at Zimbabwe's 34th annual independence celebrations in 2014, led the nation from its independence in 1980 until 2017.

Reflecting on his legacy, in an interview with South Africa's Dali Tambo in 2013, Mugabe remained defiant and unrepentant.

"If people say you are a dictator ... they are saying this merely to tarnish you and diminish and demean your status," he said. "My people still need me and when people still need you to lead them, it's not time, sir, doesn't matter how old you are, to say goodbye."

In November 2017 Zimbabwe's army staged a coup and took control of the government. Mugabe resigned as president several days later. At the time he was the world's oldest head-of-state.

Mugabe did not yield to his critics, says veteran Zimbabwean journalist and commentator Cris Chinaka.

"The legacy of Mugabe's life will be one of a leader with so much, but [who] missed so many opportunities," he says. "One who opened up so much but never used the knowledge he had for his own people — a national leader who ruined his own country."

Many Zimbabweans remember the brutal campaign by Mugabe's forces to crush an armed uprising in Matabeleland soon after independence, or him goading the security forces decades later to "bash" the political opposition, because his political adversaries deserved "to be bashed."