Accessibility links
House Retirement Tracker: Who Is Deciding To Leave Congress In 2020 Experiencing life in the minority and increasing concerns about the GOP's prospects for retaking control are prompting more departures. Suburban areas remain the key political battlegrounds. 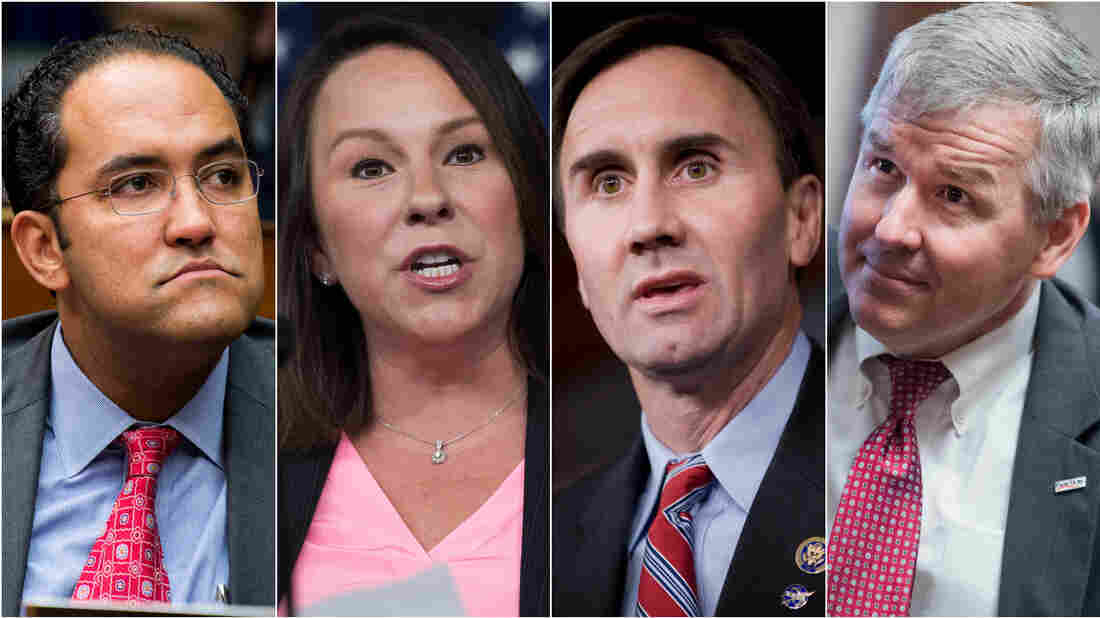 Ahead of the 2020 elections, more than two dozen Republican House members have said they will not seek reelection, including (from left) Republican Reps. Will Hurd of Texas, Martha Roby of Alabama, Pete Olson of Texas and Rob Woodall of Georgia. Bill Clark, Tom Williams/CQ Roll Call/Getty Images hide caption 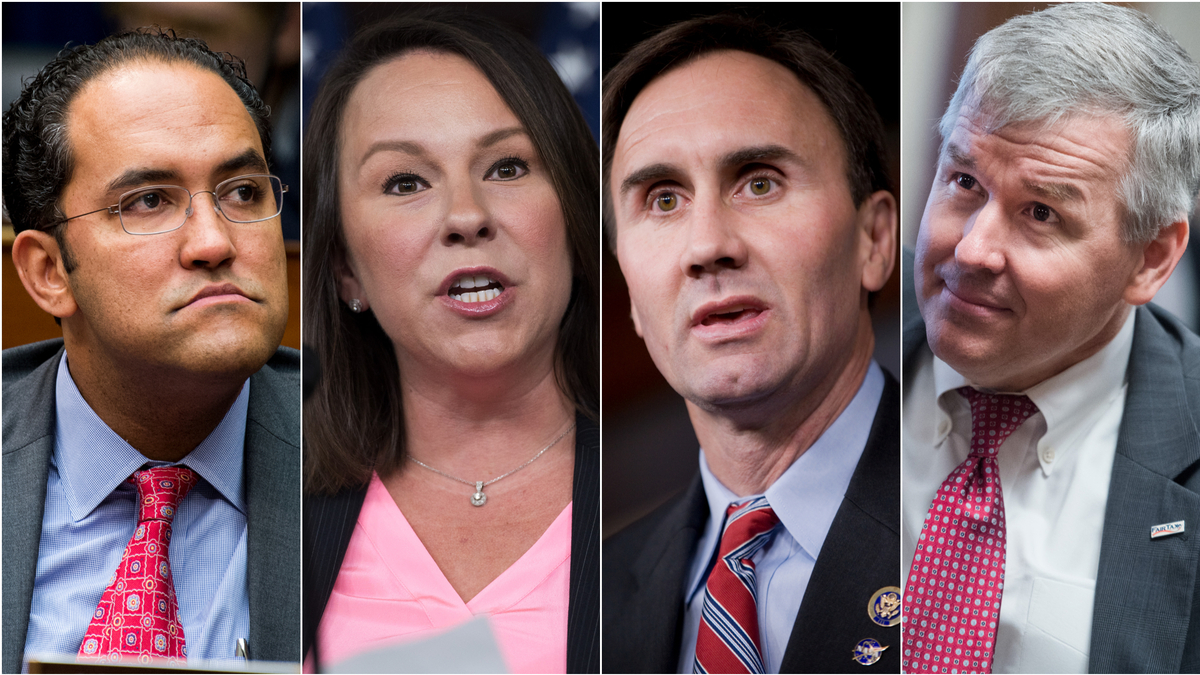 Ahead of the 2020 elections, more than two dozen Republican House members have said they will not seek reelection, including (from left) Republican Reps. Will Hurd of Texas, Martha Roby of Alabama, Pete Olson of Texas and Rob Woodall of Georgia.

The recent stream of Republicans announcing plans to retire in 2020 means GOP lawmakers may be losing hope that there is a path to retaking the majority in the House of Representatives next November.

So far, 29 House GOP lawmakers have announced they will not run for reelection. Four of them are seeking other offices.

Two have resigned already. A third, Rep. Duncan Hunter of California, is resigning Jan. 13 after pleading guilty to the misuse of campaign funds. California Gov. Gavin Newsom says that Hunter's seat will stay open until 2020, instead of being filled by a special election.

North Carolina redistricting also put some GOP lawmakers in solidly Democratic districts, including Reps. George Holding and Mark Walker, leaving them with little choice but to retire. Rep. Mark Meadows, a third North Carolina lawmaker and founder of the conservative Freedom Caucus, also announced his surprising decision to retire, although his seat remained one that voted heavily for President Trump.

On the Democratic side, nine members have said they will not run. Three are running for another office: Assistant Speaker Ben Ray Luján of New Mexico has decided to run for the Senate instead of for his House seat, while Massachusetts Rep. Joe Kennedy is challenging incumbent Democratic Sen. Ed Markey. Hawaii Rep. Tulsi Gabbard is running for president and has said she won't run for reelection to the House regardless of whether she wins the nomination.

When control flips in the House, life in the minority party is often an adjustment. Most Republicans serving now are just learning what it's like when their party isn't in charge of the chamber.

They have little ability to steer the legislative agenda, and opportunities for bipartisan cooperation are scarce in an increasingly polarized House heading into a presidential election year. Republican conference rules imposing term limits for committee chair posts also mean that senior members have fewer leadership opportunities.

GOP retirements in a significant number of competitive, mainly suburban districts gave Democrats a major boost in 2018. But the bulk of those calling it quits this cycle are in safe red seats in rural and exurban communities.

Democrats have focused their attention on Texas, the state with the most Republican retirements — six members are departing after this term. The Democratic Congressional Campaign Committee dubbed this dynamic a "Texodus." It has set up a satellite operation in the state to make a more aggressive push to register new voters and pump up turnout among Latino voters — a key bloc that helped Democrats win two House contests in the state in 2018.

GOP political strategists admit that changing demographics in some suburban areas, such as the one outside Houston, are making some formerly reliable red seats more competitive. But they also emphasize that Democrats will still have to spend resources defending freshmen lawmakers who won narrowly in 2018 but will face a tougher political environment with Trump on the ballot in 2020.

In a previous graphic on this story, we incorrectly described Reps. Bill Flores, Ben Ray Luján and José Serrano as white. All three are Hispanic, according to the House of Representatives Press Gallery.