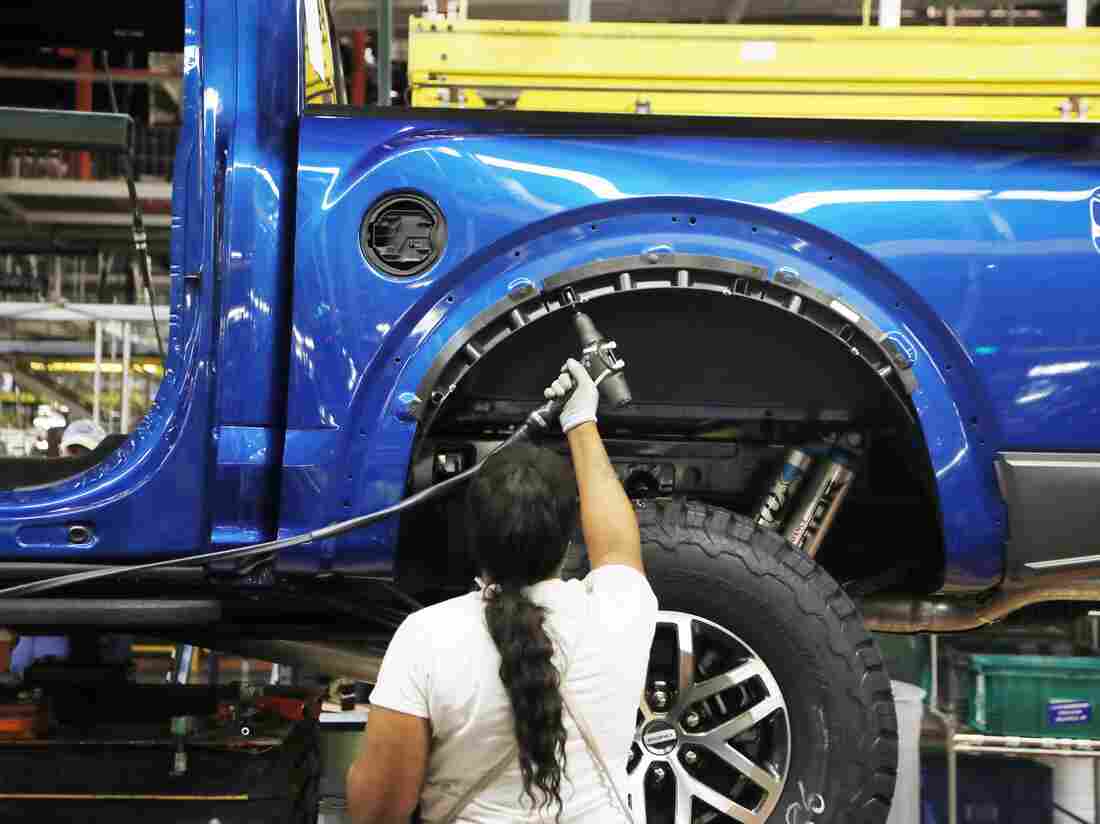 The manufacturing sector has seen a slowdown amid the continuing U.S. trade war with China. Carlos Osorio/AP hide caption 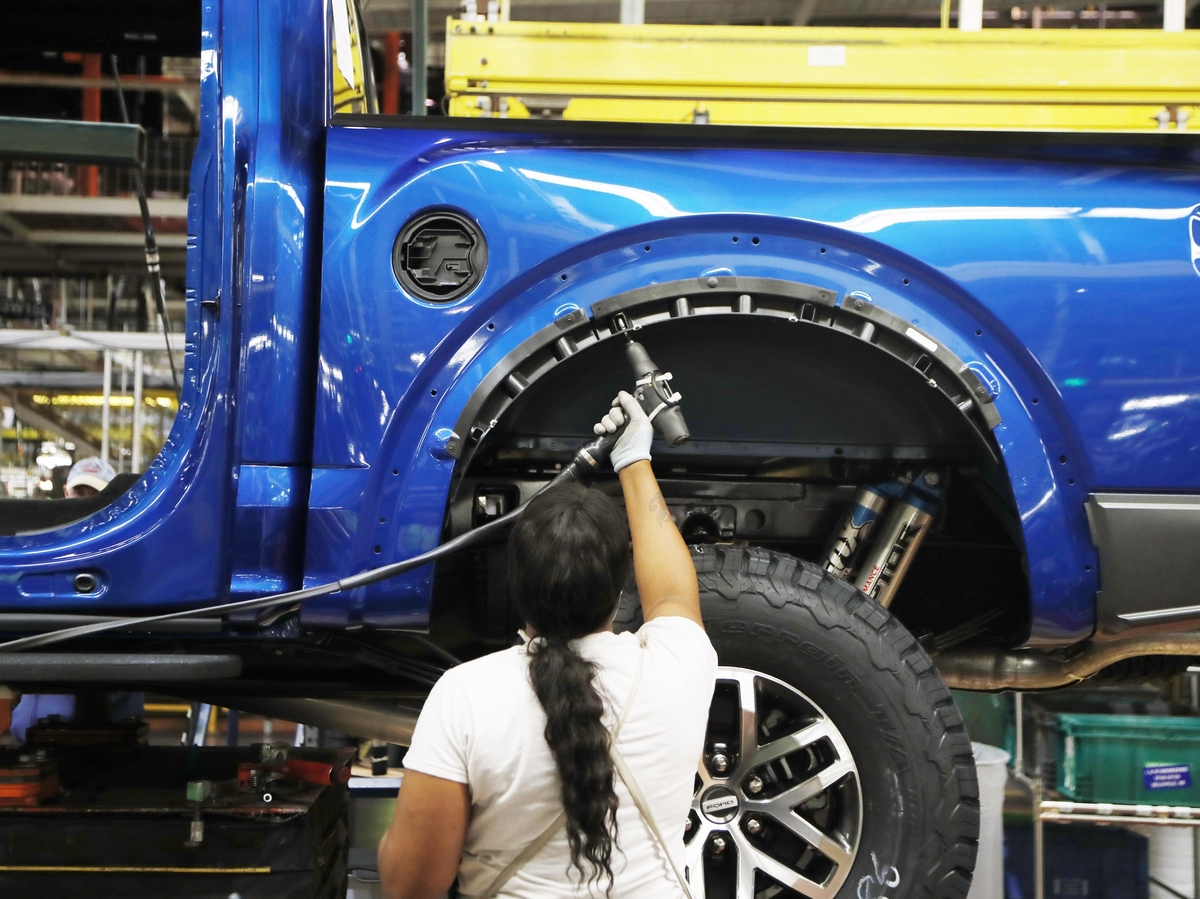 The manufacturing sector has seen a slowdown amid the continuing U.S. trade war with China.

U.S. employers added 130,000 jobs in August, according to a monthly snapshot from the Labor Department, signaling a slowdown in the pace of job growth.

Forecasters surveyed by the Reuters news service had predicted job gains of around 158,000.

The unemployment rate held steady at 3.7%.

The jobs total would have been lower without the addition of 25,000 temporary census jobs. Job gains for the two previous months were revised downward by a total of 20,000.

The report will be studied closely by forecasters trying to gauge the strength of the U.S. economy, which has been sending mixed signals in recent days.

Surveys this week from the Institute for Supply Management painted starkly different pictures of the manufacturing sector, which has been battered by the U.S. trade war with China, and the much larger services side of the economy, which continues to show strong growth.

"We've certainly seen a divide where the manufacturing sector has weakened much more notably," said senior economist Sarah House of Wells Fargo Securities. "But we have seen some softening in the broader service sector as well."

Employers added fewer than two-thirds as many service jobs in August as in the two previous months.

Still, manufacturing is more sensitive than the services sector to global forces such as the trade war. If the manufacturing slowdown is contained, the fallout could be limited.

"We haven't had a manufacturing-led recession for 50 years," said Jared Bernstein, an economist with the Center on Budget and Policy Priorities. "[It] doesn't mean we couldn't. But we're now talking about a sector that's 8% of employment and 11% of output. Those numbers used to be three times that."

Bernstein said that while the manufacturing sector is probably in a recession already, that need not bring down the larger economy.

"It's not pretty and it's not something I like to see and it's a totally self-inflicted wound, so it's really dumb," said Bernstein, who served as economic adviser to former Vice President Joe Biden. "But I don't know that it's recessionary at this point."

"We see the most likely case for the U.S. and for the world, too, as continued moderate growth," Powell said. "We're going to continue to act as appropriate to sustain this expansion."

The Fed is widely expected to cut interest rates by a quarter percentage point when officials meet later this month. But Powell acknowledged differences among his colleagues about how much monetary medicine the slowing economy needs.

"There will always be questions about how much to do and how fast to move," Powell said. "Sometimes things are relatively clear. Other times, it's murky out there. There's a range of views. And I think this is one of those times."

The jobs report seemed likely to reinforce those Fed officials who are calling for a modest dose of additional stimulus.

Wage gains and low unemployment helped to fuel strong consumer spending during the spring and summer.

"Household consumption right now is propping up the U.S. economy," said Joe Brusuelas, chief economist for the audit and consulting firm RSM. "We'll see if the uncertainty tax that's been placed on the economy by trade policy begins to adversely influence consumer attitudes."

A significant chunk of consumer spending is now going to nontraditional retailers. The retail sector continued to hemorrhage workers, shedding 11,000 jobs in August.

There was some positive news in the monthly jobs report. The labor force participation rate jumped two-tenths of a percentage point to 63.2%. And the average workweek rose by a tenth of an hour.