Accessibility links
'You Can't Stay Here': Dorian Leaves Parts Of The Bahamas Uninhabitable Before-and-after satellite imagery shows just how staggering the devastation is across the Bahamas, with entire neighborhoods drowning in floodwaters.

In the Bahamas, people are desperately trying to escape Great Abaco Island, days after Hurricane Dorian demolished homes and obliterated infrastructure there. Faced with no running water, no electricity and with food stores running out, residents say there's nothing left for them.

At least 43 people are confirmed dead, but that number is expected to rise as rescue and recovery efforts continue on the Abaco Islands and Grand Bahama, two of the hardest hit areas. 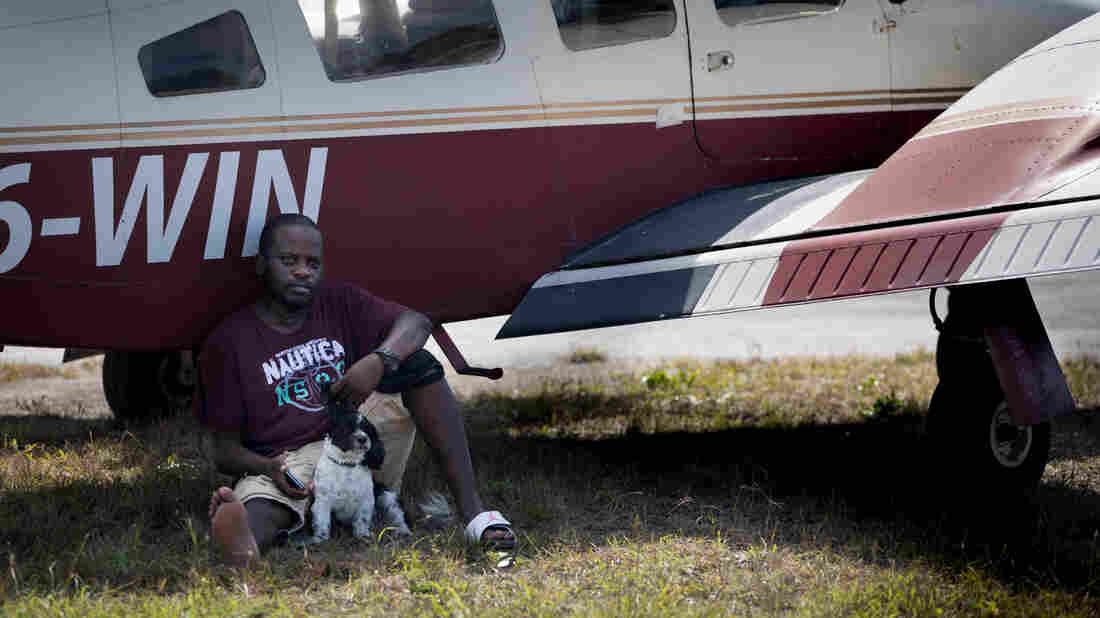 Evacuee Samazio Rolle and his dog, Logan, sit in the shade next to an airplane in the afternoon heat at a landing strip on Abaco, in hopes of catching a flight to Nassau. The pair survived Hurricane Dorian's punishing strike on the Bahamas — and now they want to leave Abaco. Cheryl Diaz Meyer for NPR hide caption 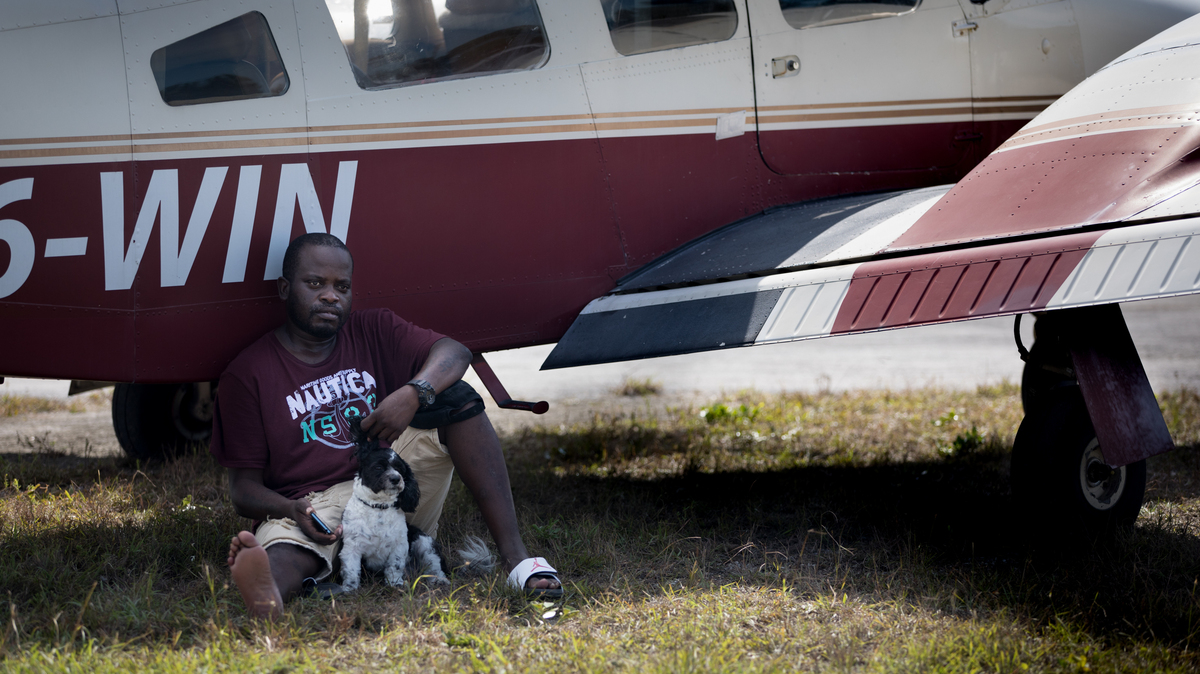 Evacuee Samazio Rolle and his dog, Logan, sit in the shade next to an airplane in the afternoon heat at a landing strip on Abaco, in hopes of catching a flight to Nassau. The pair survived Hurricane Dorian's punishing strike on the Bahamas — and now they want to leave Abaco.

Before-and-after satellite imagery shows just how staggering the devastation is across the Bahamas. Those photos show homes reduced to wooden piles of rubble and entire neighborhoods drowning in floodwaters.

"There's a lot of contamination in the water," Etienne-Cole says. "A lot of dead bodies and sewage, and the electrical company is wiped out. The banks are gone. It's no use staying here."

As Etienne-Cole waited in the hopes of catching a flight off the island, she said she doesn't plan on coming back to the Bahamas. Like many other residents, she's desperate to get out and start over somewhere else.

Getting a seat on a small plane is one of the only ways off Great Abaco Island right now. Leonard M. Thompson International Airport, which was under 6 feet of water, is still closed to most planes. The marina in Marsh Harbour was also ravaged, impeding rescue missions and the ability to get aid and supplies to the islands.

People have been lining up at a small airstrip in Abaco waiting to get off the island after the monster storm leveled homes and turned hundreds of Bahamians into refugees, as NPR's Jason Beaubien reports. On Friday, small planes continued to pick up the most vulnerable, as many more people waited on the tiny airstrip in Sandy Point trying to catch a flight to take them anywhere but here.

The U.S. Coast Guard says it rescued more than 200 people on Thursday and that those efforts are continuing as hundreds more remain missing. Rescue workers are struggling just to access areas because runways are ruined and harbors are unnavigable, the Coast Guard says.

"When folks come to the reality that they no longer have a roof over their head or a loved one who's gone, never to return again, it's really tough," Dames says. "So these places will certainly need a tremendous amount of support, and we're working to provide avenues for that to happen."

Dorian continues to travel northeast after it made landfall on Cape Hatteras on North Carolina's Outer Banks on Friday morning. The storm has been downgraded to a Category 1, and officials say it won't stick around wreaking havoc the way it did on the Bahamas.

When the storm slammed into the Bahamas as a Category 5 on Sunday, Regina Parotti-Kennedy tells NPR that the sound of the wind in Marsh Harbour was "unbelievable."

"It wasn't pounding. It was howling like demons from hell," she says. "I have nothing else to compare it to. My ears hurt so bad. I still can't hear properly out of one."