Accessibility links
Veterinarians Are Killing Themselves. An Online Group Is There To Listen And Help Veterinarians have suicide rates of more than double that of the general population. One group is building an online community to give advice and help out when stress adds up.

Listen · 8:41 8:41
Veterinarians Are Killing Themselves. An Online Group Is There To Listen And Help 8:41 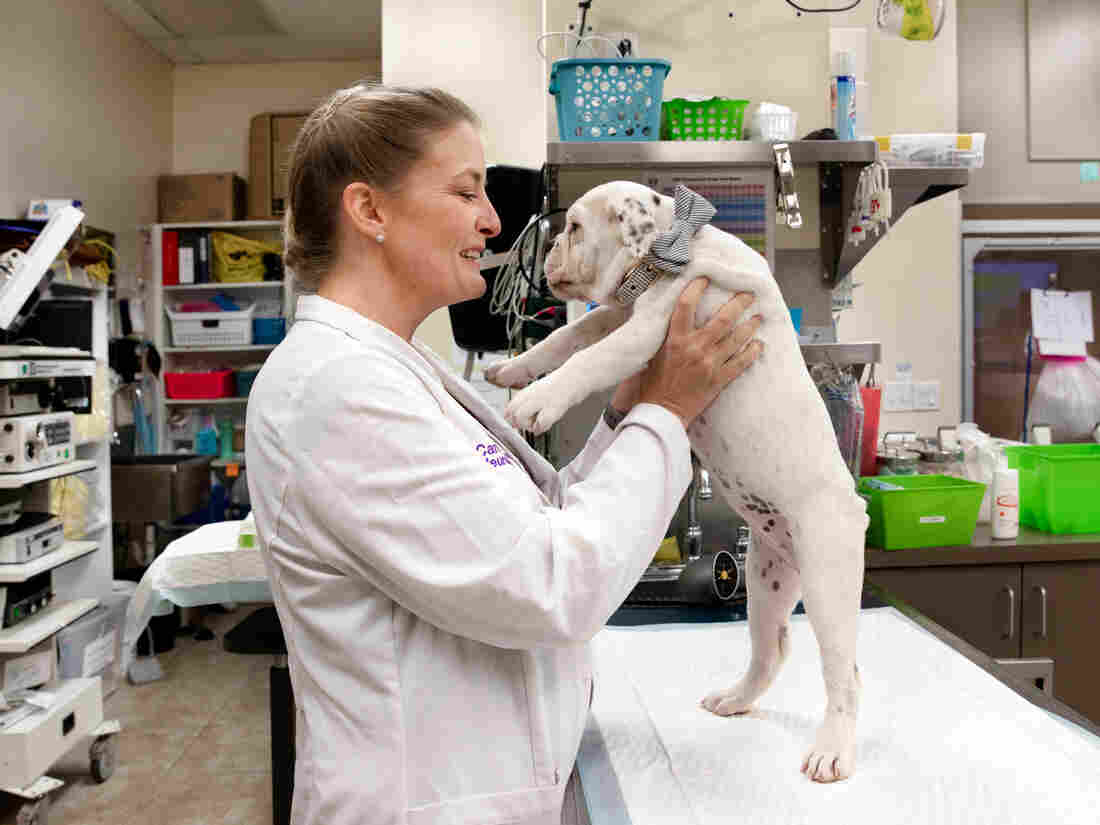 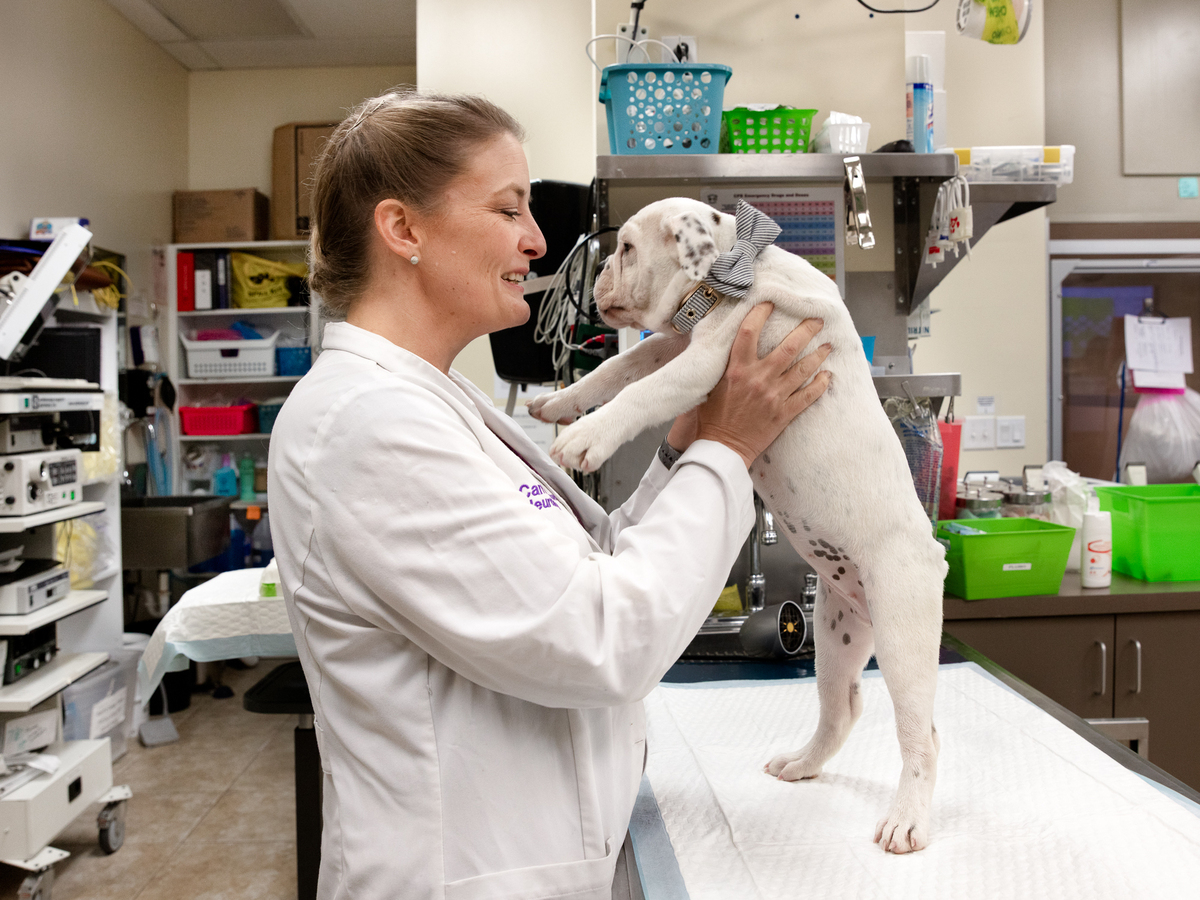 Seeing dogs all day has its perks, veterinary neurologist Carrie Jurney says. But it also has downsides, including stress, debt, long hours and facing online harassment.

Dr. Carrie Jurney is on the board of an online organization that works to prevent suicides. It's called Not One More Vet.

This isn't a mental health support group for veterans — it's for veterinarians.

Veterinarians are killing themselves in alarming numbers. The Centers for Disease Control and Prevention found male vets are 2.1 times as likely and female vets 3.5 times as likely to die by suicide compared with the general population. The much higher rate for women is especially concerning as more than 60% of vets are women.

"I had 86 people in my vet school class," Jurney says. "Graduating class of 2005. Three of them are gone. Died by their own hand." 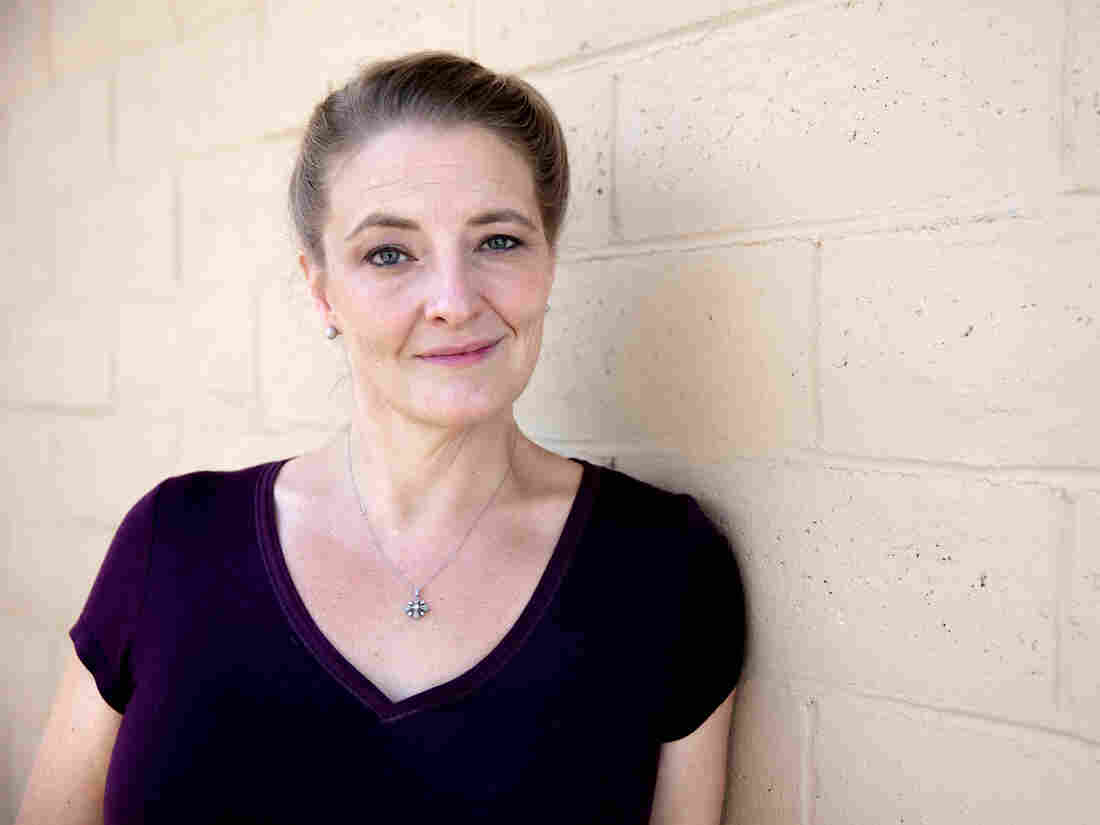 Three of the 86 people in Jurney's vet school class have died by suicide, she says. Janet Delaney for NPR hide caption 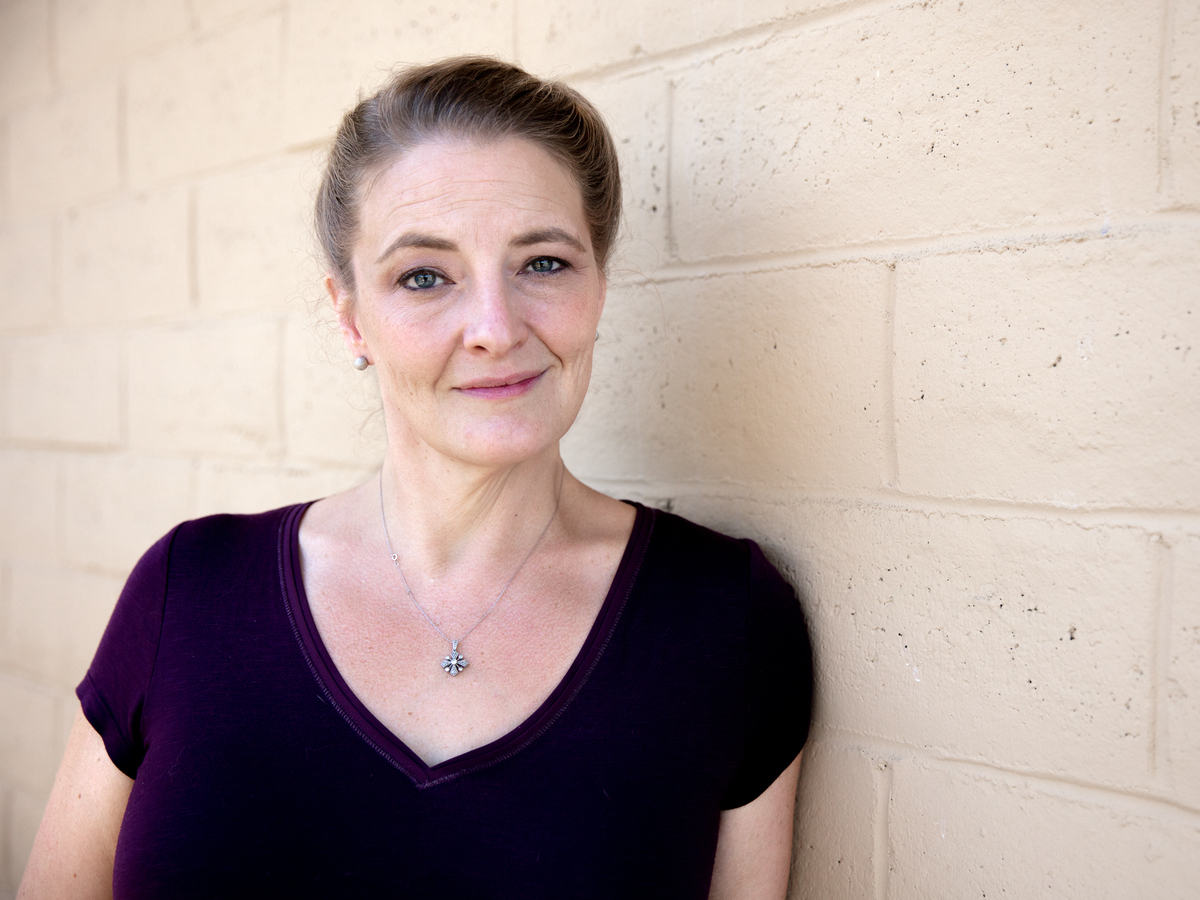 Three of the 86 people in Jurney's vet school class have died by suicide, she says.

There's a lot of stress in being a vet. First, there's the financial pressure to pay off a pricey medical school education — recent graduates are often more than $140,000 in debt. And the median pay for a veterinarian in the United States is about $94,000 a year, which is good, but less than half of that for physicians and surgeons.

Then there's the emotional strain. Any given day in a veterinary clinic can swing between scenes of elation and anxiety.

That was evident on a visit to Jurney's clinic in San Jose, Calif., last month.

A couple brought in their huge Rottweiler to see Jurney. Reuben weighs 113 pounds. The previous night, he suddenly couldn't walk. 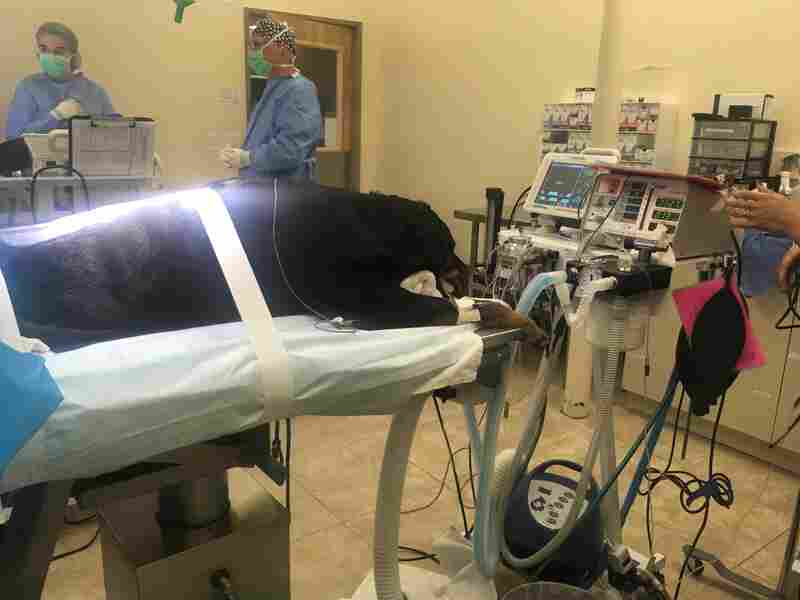 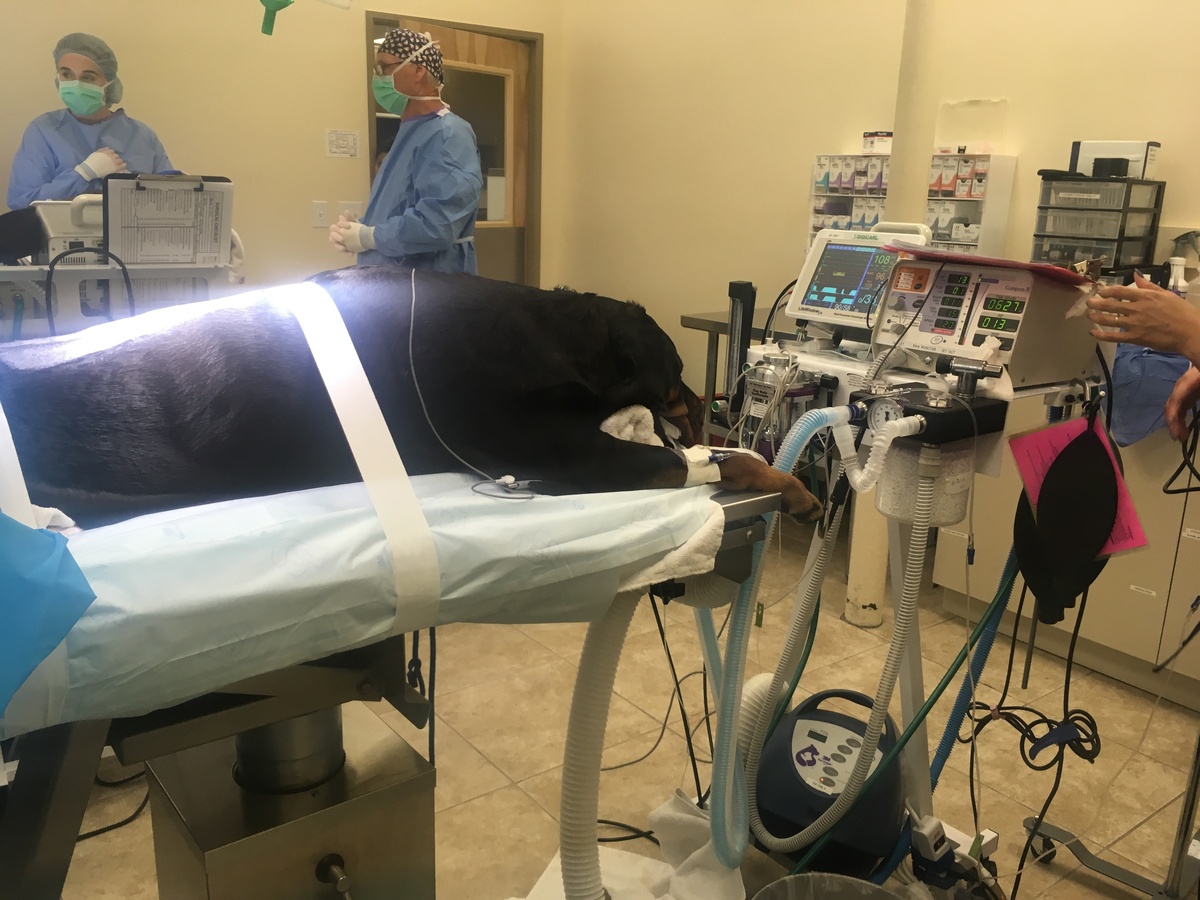 Reuben lies on the operating table.

Jurney and her staff had to put their arms around Reuben to lift him up to be examined. The big brown dog's eyes seemed to grow wide and bewildered.

"I always say one of the great ironies of my career is I got into this because I love animals so much," Jurney says. But "there are not a lot of animals that are ever excited to see me anymore. You know they are often in pain and scared. And then we're doing weird things that they didn't get to consent to. And ... especially in an emergency hospital like ours, there's not a lot of choice. You still have to get it done."

Reuben had MRI. Jurney saw knots on his spine that might block his movement and ordered immediate surgery.

She used a drill to slice through the huge dog's flesh and muscle and see what was pressing on Reuben's spinal cord.

Through a mist of bone and blood, Jurney saw small bits in Reuben's spine that had hardened around nerves.

The surgery took more than an hour: lots of blood, bone and hot bright lights. But Jurney smiled as she slipped down her surgical mask to phone the couple she calls Reuben's dads.

This time, it's good news.

"Hi, it's Dr. Jurney calling. We're all done, your baby's waking up," she told the owners. "They were chronic discs. So those have been there for a while and I think they just scooched out just a little bit more. ... So we made things way, way better than when we started. So I think we did what we needed to do tonight." 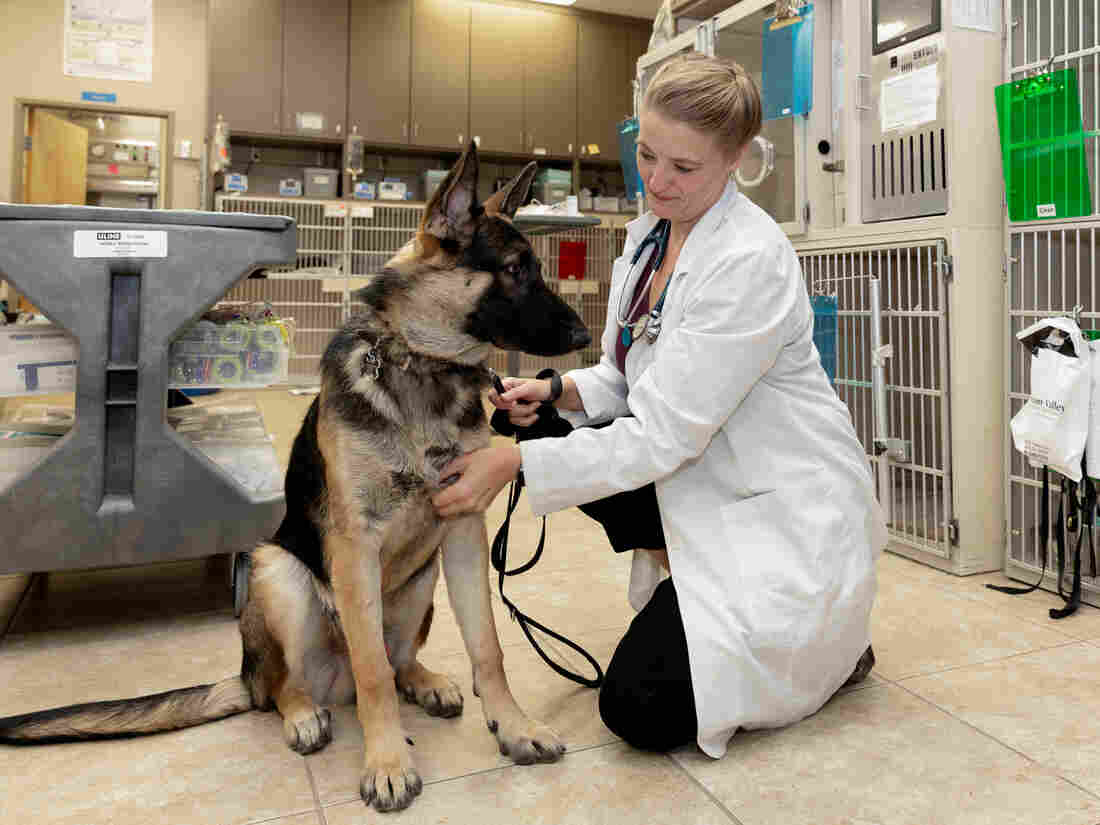 "I got into this because I love animals so much," Jurney says. Janet Delaney for NPR hide caption 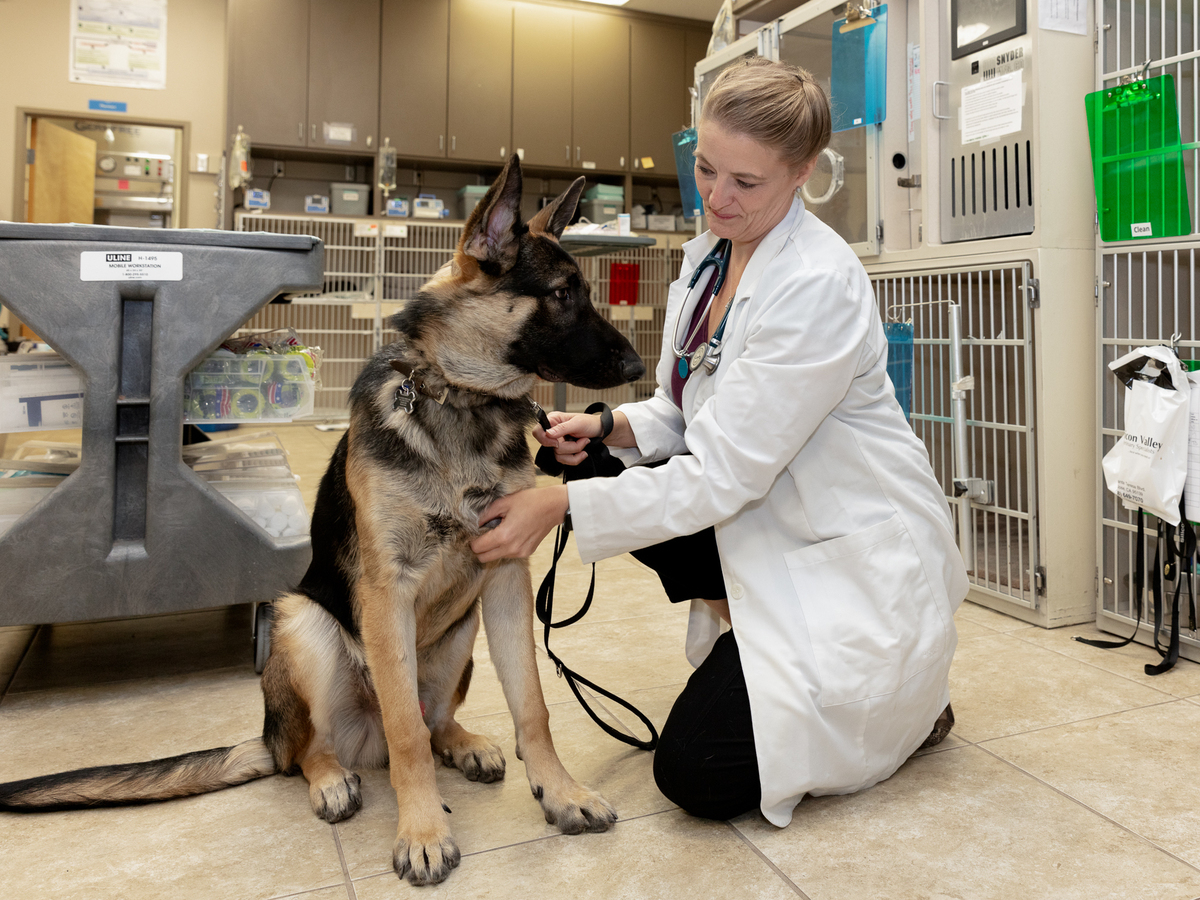 "I got into this because I love animals so much," Jurney says.

Vets deal with disease, disability and death on a daily basis: "our average Monday morning," as Jurney puts it.

"It's a very isolating profession. The hours are long. I can't tell you how many dinners with friends I've been late to or just missed entirely because a case comes in that needs me right now," she says. "I've missed my own birthday dinner."

Many veterinarians practice alone, and sometimes they are the only one practicing for hundreds of miles, making it hard to take time off.

It's a natural profession for introverts, says Dr. Nicole McArthur of Rocklin, Calif., the founder of Not One More Vet.

"We're drawn to animals and then having to do a job where we are working with people," McArthur says. "The animals don't drive themselves here; they don't pay the bills."

Both doctors say veterinarians they know have been targets of online trolling and threats from pet owners, and even strangers, who blame them for the death of a much-loved animal. In February 2014, Shirley Koshi, a vet in New York City, took her own life after a cyberbullying campaign against her.

McArthur has quit her profession twice.

"I had a day that I was working emergency and had three euthanasias within a 30-minute time span and they were all very emotional," she says. "One I thought I was going to have to call in a welfare check to have police go make sure this person was OK. And yeah, I walked out. I was like, 'That's it. I'm done.' "

Vets also have access to lethal medicines. It's part of the job.

"It's not a big leap to say, 'I'm a veterinarian who has chronic pain and I have chronic depression and my clinic is underwater and there's no end in sight,' " McArthur says. "And this is a kind of death that we can give ourselves. I get it. I totally get it. I've been there."

Vets who kill themselves are 2.5 times more likely than the general population to have used pharmaceuticals as the method.

The CDC notes that factors including issues Jurney and McArthur talk about — the debt, the long hours, the stress, the access to lethal drugs — put veterinarians at a high risk of suicide compared with the general population.

McArthur and Jurney's group, Not One More Vet, tries to give veterinarians support and a sounding board for the stresses of their work. The Facebook group boasts more than 18,000 members. 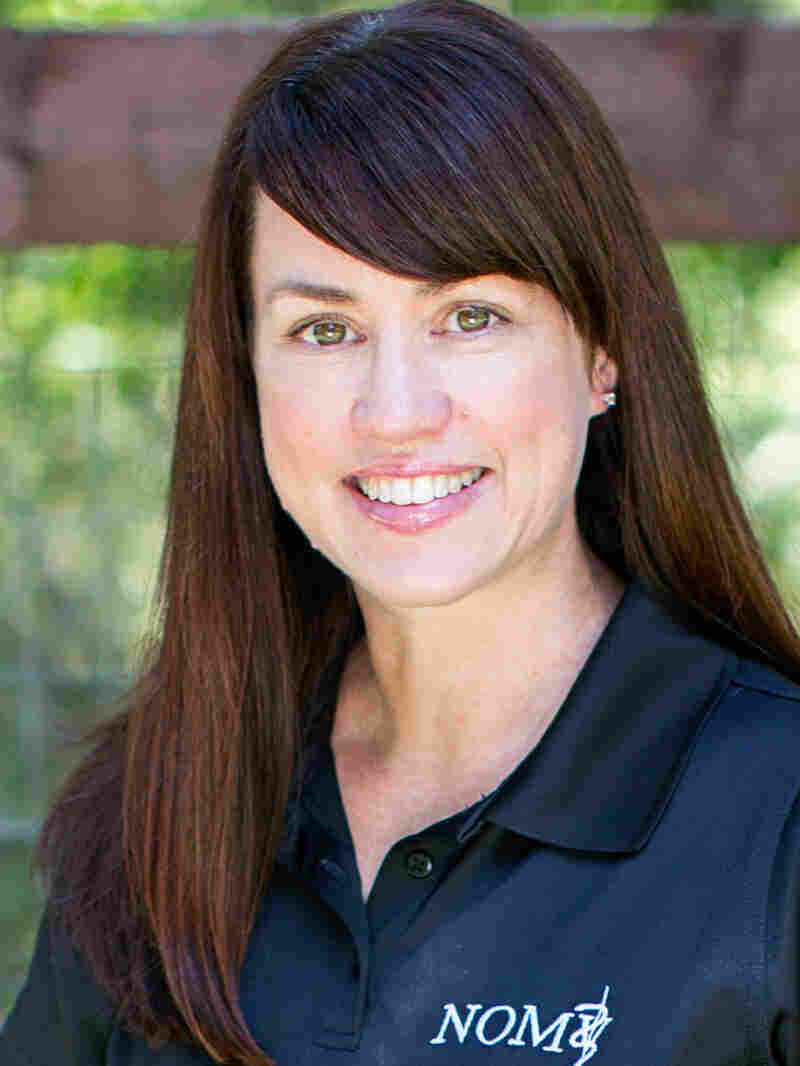 Nicole McArthur is the founder of Not One More Vet, which helps veterinarians dealing with mental health issues. Courtesy of Robin Hagy hide caption 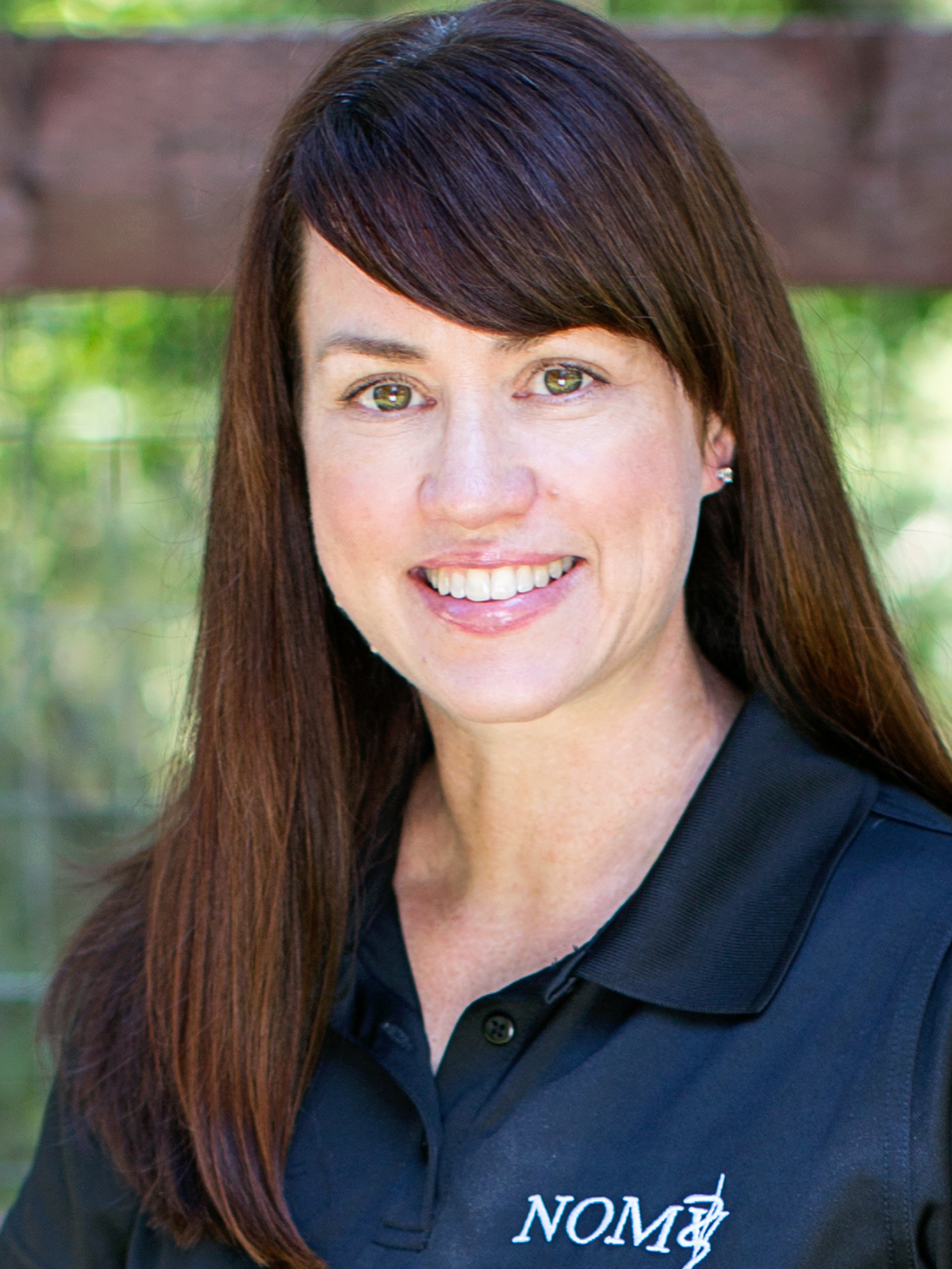 Nicole McArthur is the founder of Not One More Vet, which helps veterinarians dealing with mental health issues.

It's not professional mental health support but rather "a large group of veterinarians who totally understand where you are coming from," as NOMV says. "We are here to listen, commiserate, and give each other a shoulder, an ear, and a bit of advice when needed."

Testimonials on the group's blog point to the impact of reaching out and of group support in tough times.

Though McArthur quit twice, she came back because she loved it, she says. Many vets say that despite the challenges, "I love what I do."

And the day spent with Jurney showed it's not all doom and gloom. A gifted team of nurses and surgeons had helped a big, beloved dog walk again and brought joy to the couple who loved him. Jurney could go home happy.

A few days after Reuben's surgery, however, Jurney sent NPR a message. It shows how emotionally invested veterinarians can be in their work, both in the good times and bad.

"Hey Scott. I thought I should let you know we lost Reuben today. He had a lung problem — a complication of his genetic problem combined with surgery. I have to be honest — this is gut wrenching. You came to us to see why the job is hard, and there is no better example than this. I am devastated. I've cried through many moments of my mother in law's birthday dinner tonight because my mind is with Reuben and his poor owners. I wonder if there is anything I could have done differently. Even though I know I did everything I could for him, I still wonder if I could have done more."