Accessibility links
Mary Wilson Of 'The Supremes' Plays Not My Job On 'Wait Wait... Don't Tell Me!' Wilson knows plenty about stopping in the name of love, so we've invited her to answer three questions about people who don't bother stopping at stop lights or stop signs. 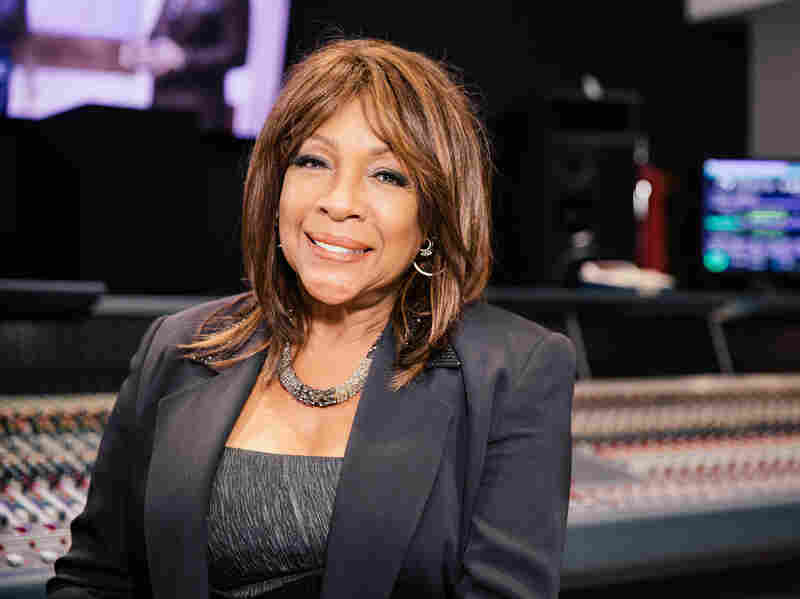 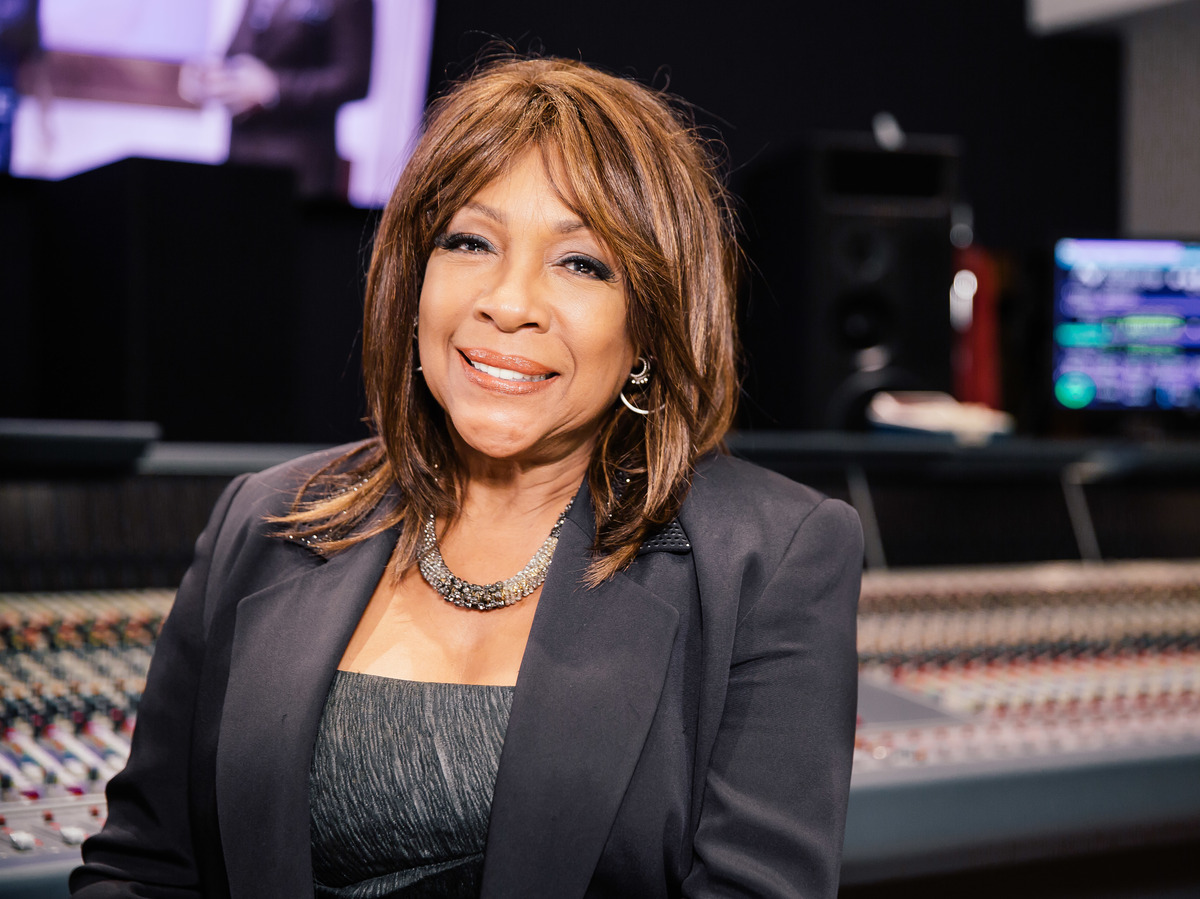 Mary Wilson was still a teenager when she signed to Motown Records with the group that would eventually become The Supremes — they went on to produce 12 No. 1 singles and win a place in the Rock & Roll Hall of Fame. Wilson is now an author, museum curator and a Cultural Ambassador for the U.S. State Department.

Since Wilson knows plenty about stopping in the name of love, we've invited her to play a game called "Stop! In the name of anything!" Three questions about people who don't stop for stop signs or stop lights. Click the audio link above to see how she does.

And now the game where we ask someone supreme about something mundane. It's called Not My Job. Mary Wilson was just 16 years old when she signed to Motown Records with the group that would eventually become the Supremes. From there, Wilson, along with Diana Ross and Florence Ballard, turned the vocal trio into one of the most legendary musical acts of all time with 12 No. 1 singles and a place in the Rock and Roll Hall of Fame. As if that weren't enough, she's now a bestselling author and cultural ambassador for the U.S. State Department.

PAPA: I was given a copy of your book, your new book that's coming out, "Supreme Glamour."

PAPA: And the whole book - everyone, you have to see it. It's all of the costumes that the Supremes wore...

PAPA: ...Their entire career. It's gorgeous. I couldn't imagine - I mean, I tour as a comedian, and it's hard enough just to bring one jacket.

WILSON: (Laughter) Yeah, but so you - one thing to think about is you're a man.

DICKINSON: Mary, did you as a teenager and then a young woman...

DICKINSON: ...Have a lot of input into the costumes that you all wore?

WILSON: Always. Because we - you know, we all grew up girly girls, and we'd love to dress up. So we'd have to choose our own costumes, yes.

DICKINSON: So you were such trendsetters because what you all wore, like, really dictated fashion - like bell-bottoms and the patent leather boots and the belts and the - that must've been so much fun.

WILSON: For me, the mini outfits were best for me because I had pretty good legs, so, you know...

PAPA: I have to say I really like those, too.

BIM ADEWUNMI: Mary, I read that some of the costumes, some of the clothes had been lost over the years. How do you lose, like, such amazing - like, does it hurt? I felt hurt. I was reading the book, and I was, like, oh, man. I want that dress. How do you - what happens? How does a dress get lost?

WILSON: A lot of times, we would have our gowns stored in different places. And so that's how a lot of them disappear - because we, you know, never came back to really find them all, but now they're showing up.

PAPA: Mary, it's always - it's such an amazing feeling when I get to hear the songs come on the radio, and it just takes me back just in my life and just where I was.

PAPA: And it just - they're just so - it was a time of - and your music was so filled with joy. When you hear your own music when you're walking through life, does it do that to you?

WILSON: Yes. You know, going through Starbucks or any place, you know, I think about the people at Motown. Motown had the Miracles, Mary Wells, the Four Tops, Martha and the Vandellas, the Supremes, the Temptations.

WILSON: So it brings back all of those wonderful memories of when we were all kind of younger and crazier...

WILSON: ...They'd probably arrest me thinking I was crazy, right?

PAPA: I see the police pulling you off. No, I am a Supreme.

POUNDSTONE: Mary, how did you become a Supreme?

WILSON: Well, we were in, I think, the eighth grade. And still a couple weeks into it, I entered a talent show which Florence was also on. And I didn't know her. And after the show, we kind of got together, said, you know, people are starting these little groups. Let's try to see if anyone wants to put us in it. And a couple of weeks later, she came up and said, Mary, guess what? These three guys, the Primes, want to put together a group. I told them about you, and they talked to this girl Diana across the street, and they want to meet us tomorrow at the apartment.

WILSON: If our moms had known about that, they would not have allowed that.

WILSON: I want to add one other thing - is that two of the guys actually became later on two of the Temptations.

WILSON: So we have a long history.

PAPA: And you're still going - you're going to be on this season's "Dancing With The Stars."

WILSON: Honey, I am dancing right now, and I am sore in places I never knew I...

WILSON: Oh, I'm sorry. Oh, you've got an audience there. Oh, my goodness. I shouldn't have said that.

PAPA: They won't tell anyone.

WILSON: Let me tell you, it's - you know, as the Supremes, we always did lots of choreography.

WILSON: But trying to do these new - you know, some of the waltzes and the cha-cha-cha, they're things I've never done before.

POUNDSTONE: Oh, I hear you. Yeah.

POUNDSTONE: I think it's so great that you're on there. You're probably one of the only guests they've ever had that hasn't committed a crime. Don't they...

PAPA: Mary, when you're on the show, are you wearing any of your Supremes outfits?

WILSON: Oh, honey, I can't even get a leg in one of those.

WILSON: Or an arm. Or a finger.

PAPA: All right. Mary Wilson, we're delighted to have you here.

PAPA: And now it's time for a game we're calling...

BILL KURTIS: Stop In The Name Of Anything.

PAPA: You're famous for "Stop In The Name Of Love." But what do you know about people who can't stop - people who runs stop signs and stoplights? We're going to ask you three questions.

PAPA: Get just two right, and you'll win our prize for one of our listeners. Bill...

WILSON: Oh, I hope I get this.

PAPA: Who is Mary Wilson playing for?

PAPA: OK. Here's your first question. In 2011, an intoxicated man in England who ran a red light while driving a horse-drawn carriage blamed it on what? A, quote, "the economy"...

PAPA: ...B, he blamed it on his horse, which he said was colorblind; C, he said he was unable to find the brake pedal on the horse?

WILSON: So it could be A or B.

DICKINSON: What would a drunk guy say?

WILSON: He would make up something really stupid.

PAPA: You say B. That's right.

PAPA: You've got one right. This is so much easier than "Dancing With The Stars."

WILSON: Oh, I don't know about that.

PAPA: (Laughter) All right. Here's your next question.

PAPA: In 2016, a Florida man busted for running a stop sign blamed what? A, his horse, which was riding in the passenger seat and gave him bad advice...

PAPA: That one was C, a fly which flew into his mouth.

WILSON: Well, that's the one I meant.

KURTIS: Yes, she did.

PAPA: I thought you did. All right, here's your last question. In 2016, a Massachusetts man was busted for running a red light after what happened? A, his 6-year-old son called the cops to turn him in; B, his horse made a citizen's arrest...

PAPA: ...Or C, he posted a, quote, "traffic violation selfie" on Instagram?

WILSON: OK. Why are all these horses here?

PAPA: Because we have writers with a sick sense of humor.

PAPA: Bill, how did Mary Wilson do on our quiz?

KURTIS: Mary is the winner.

WILSON: Well, this is - I just want you to know that when I win on "Dancing With The Stars," I will definitely win.

PAPA: That was great. All right. Mary Wilson, a music legend and one of the founding members of the Supremes. She's just published a book of her costumes called "Supreme Glamour." And you can see her on "Dancing With The Stars" on ABC this fall.

KURTIS: We love you, Mary.

(SOUNDBITE OF SONG, "STOP IN THE NAME OF LOVE")

PAPA: In just a minute, Bill gets drunk with R2-D2 in the Listener Limerick Challenge. Call 1-888-WAIT-WAIT to join us on air. We'll be back lickety-split with more of WAIT WAIT... DON'T TELL ME from NPR.