Accessibility links
Federal Government Investigations Of Fatal Shootings On The Border Can Drag On F A seven-year delay in the investigation of a controversial shooting by a Border Patrol agent of a Mexican national is emblematic of a larger problem when federal officials investigate these cases. 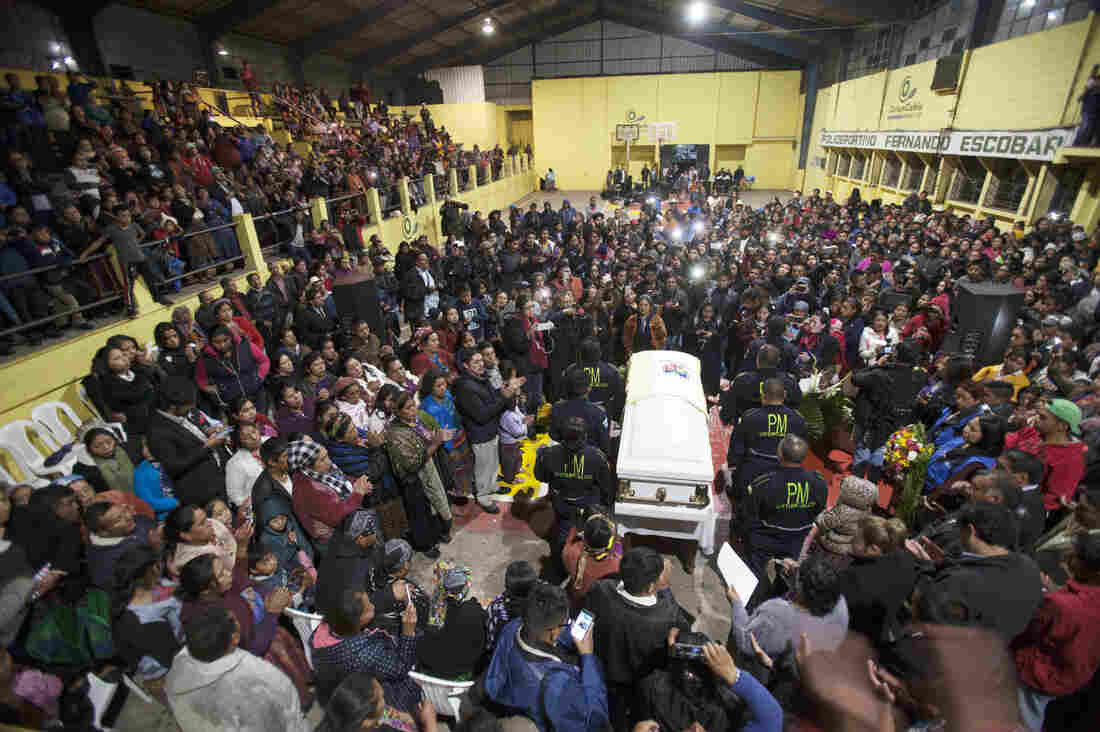 Neighbors attend the wake for Claudia Patricia Gomez Gonzalez in San Juan Ostuncalco, Guatemala. She was shot by a U.S. Border Patrol agent near Laredo, Texas, in May 2018. The 20-year-old was unable to find a job so she had left Guatemala to join her boyfriend in Maryland, according to her father, Gilberto Gomez. Moises Castillo/AP hide caption 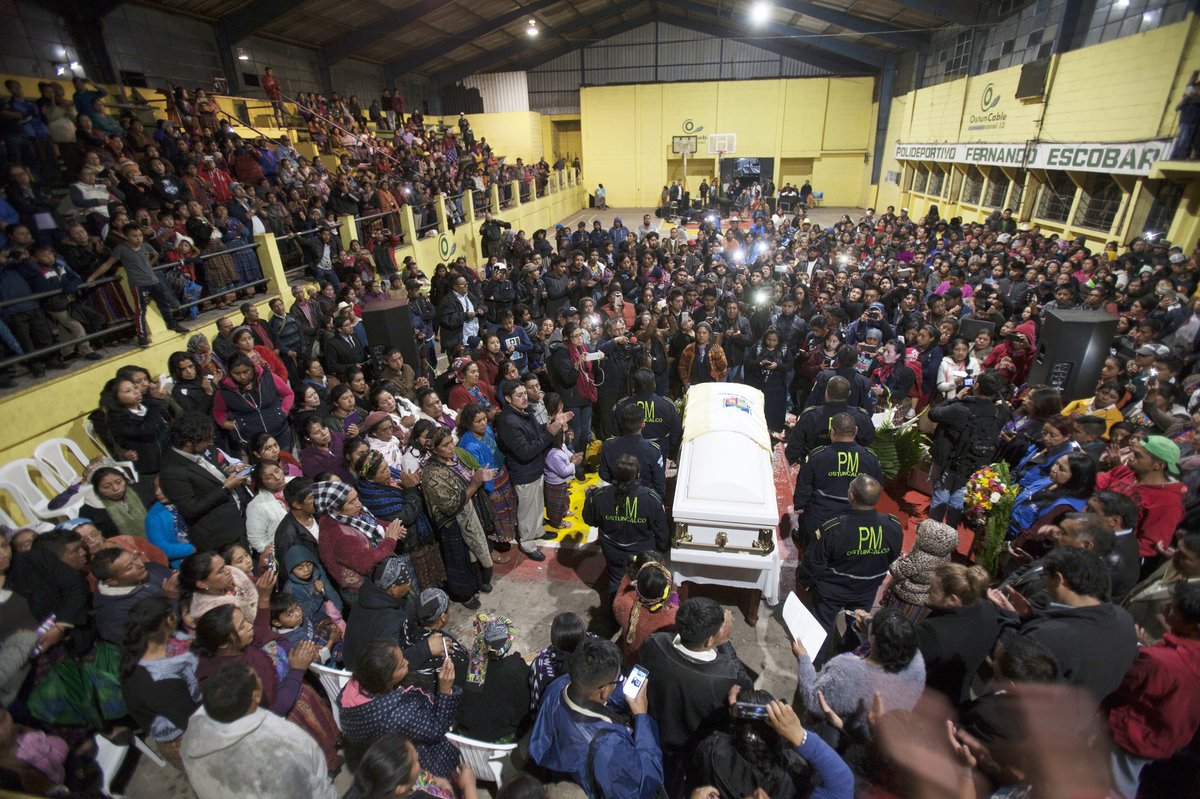 Neighbors attend the wake for Claudia Patricia Gomez Gonzalez in San Juan Ostuncalco, Guatemala. She was shot by a U.S. Border Patrol agent near Laredo, Texas, in May 2018. The 20-year-old was unable to find a job so she had left Guatemala to join her boyfriend in Maryland, according to her father, Gilberto Gomez.

Federal agents were patrolling the Rio Grande in an airboat between Laredo, Texas, and Nuevo Laredo, Mexico, in September 2012. They say a group of men in a park on the Mexican side of the river began throwing rocks at them.

"I just remember the boat. They started to shoot and they hit him in the heart, and he fell to the ground," says Priscila Arévalo, the daughter of one of the Mexican men. "We ran away. When we came back, my papa he was already dead."

Guillermo Arévalo lay on the gravel bank beside the sluggish river, bleeding profusely as the Border Patrol airboat roared away. The Arévalo family had been out for a picnic that day, and they insist no one was throwing rocks.

The shooting death led to changes in the Border Patrol's use-of-force policy and to an investigation of the incident. But seven years later, that probe is still incomplete. And the delay is emblematic of a larger problem when the federal government investigates a death on the border.

There have been 35 fatal shootings by on-duty CBP officers since 2010, according to the Southern Border Communities Coalition, an immigrant rights group. Most of them involve immigrants killed near the U.S.-Mexico border after they allegedly attacked or threatened agents.

And yet CBP has announced the results of just eight internal investigations into these use-of-force incidents. The agency, which had pledged transparency and to publicly release the results of its investigations, found no agent misconduct in each case. The latest completed case is three and a half years old.

"The only thing we want is justice," says Priscila Arévalo, weeping. She's 16 now and only recently returned to the spot where her father died. "They killed him and we haven't gotten a call. We don't even know the face of the killer. They just fled and that was that."

When an investigation drags on for years, justice is suspended. The community is left wondering if the agent was right or wrong to fire his weapon, and whether the agent is still on the force. And victims' families are denied closure.

The 2012 river shooting is an extreme example of this.

"This is just beyond absurd at this point," says Steve Shadowen, the Austin attorney who's representing the Arévalo family in a lawsuit against the U.S. government.

"Something has clearly gone off the rails," he continues. "People used to get upset if there's not a result in six months or a year, two years at the outside. And here we are at seven years and not a peep."

The Arévalo shooting was one of several rock-throwing cases that led to sweeping reforms inside CBP in 2014. Under updated rules, agents are trained to move out of the way of flying rocks and speeding vehicles, rather than shoot to kill. CBP training now stresses alternatives to deadly force, such as Tasers and pepper-ball launchers.

The reforms also included the creation of a National Use of Force Review Board, to thoroughly vet shooting incidents and then publish the findings on a timely basis.

"They've made a lot of progress on the suite of reforms," says Gil Kerlikowske, commissioner of CBP at the end of the Obama presidency. "But I think they've let some things go and I think there's certainly more that can be done."

Kerlikowske, who was brought in to improve CBP's transparency and accountability, believes the reforms are unfinished.

"I'm very concerned about the timeliness of the process. What is the outcome of an investigation into the use of force? Was that use of force justified, and explain it," he says. 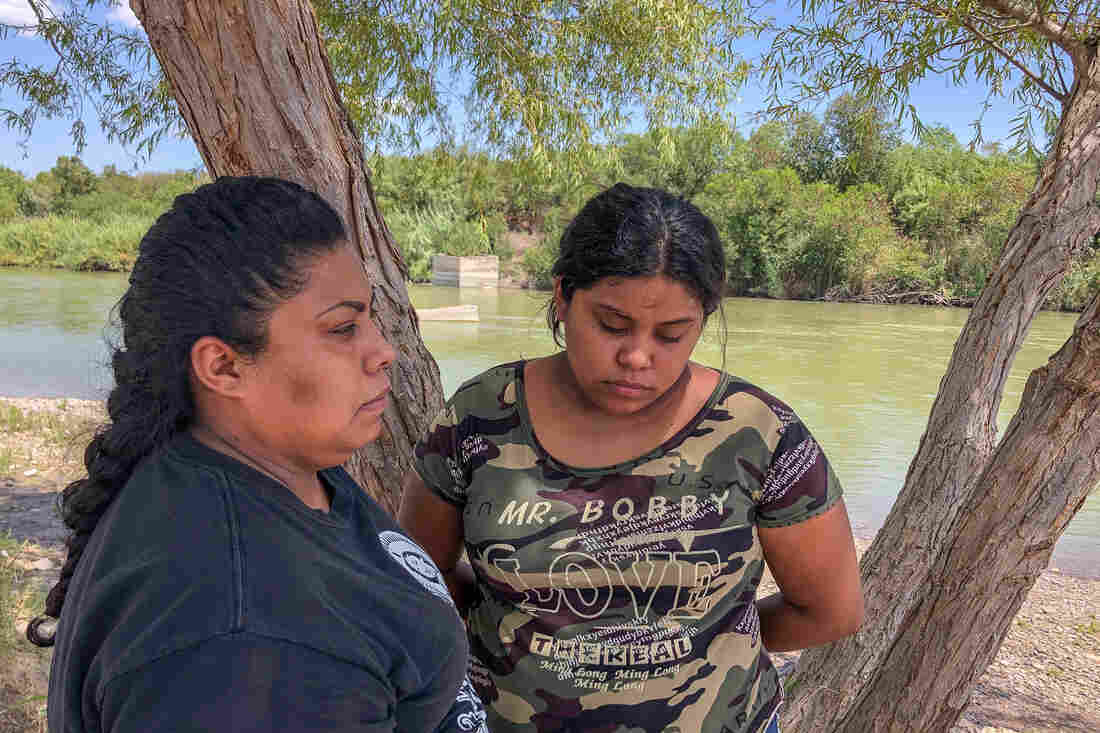 Nora Isabel Gallegos, left, stands with her daughter Priscila Arévalo in the riverside park in Nuevo Laredo, Mexico, where her husband Guillermo was killed by the Border Patrol seven years ago. John Burnett/NPR hide caption 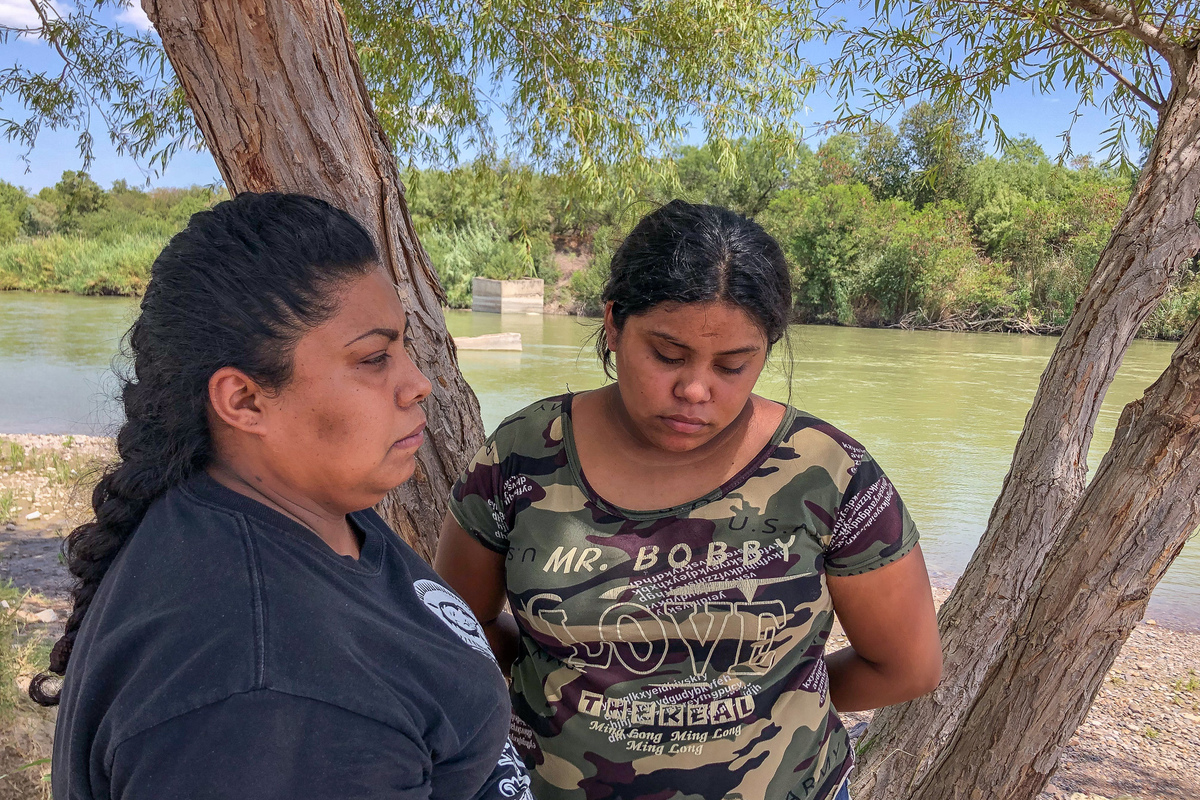 Nora Isabel Gallegos, left, stands with her daughter Priscila Arévalo in the riverside park in Nuevo Laredo, Mexico, where her husband Guillermo was killed by the Border Patrol seven years ago.

CBP counters that if justice is slow, it's because these things take time.

When there's an agent-involved shooting, first of all, state and federal prosecutors have to decide whether to file charges. Only then does CBP begin its own lengthy investigation. Those results then have to be approved by the agency's lawyer, the chief of the Border Patrol, and, finally, the commissioner. All of this has to happen before the results can be posted publicly.

"We do have the charge of making sure that that the investigation is done in a purposeful manner, not being rushed," says Joseph Westmoreland, a director with CBP's Office of Professional Responsibility.

He points out there were three interim commissioners in the course of 12 weeks earlier this year, and that slowed things down.

"Recently, the issue is there's been a change in executive leadership within CBP," he says. "So in that transitional phase some of these cases got held up at the commissioner's level in the review process."

Westmoreland says the agency should be releasing the results of at least six more shooting investigations in the coming weeks.

But after seven years, the Guillermo Arévalo shooting hasn't even made it to CBP's internal affairs office. It's been sitting on a desk at the Civil Rights Division of the U.S. Department of Justice. Prosecutors there still haven't decided whether to bring charges or decline the case.

NPR asked a Justice Department spokeswoman, why the lengthy delay? Her response: "DOJ declines to comment."

Ed Chung used to work at DOJ's Civil Rights Division as a prosecutor; he's now at the Center for American Progress. Chung understands these kinds of cases are complex.

"But certainly seven years from the time a particular case comes to the attention of an investigating agency to the time where a decision is made is just way too long," he says.

CBP's opaqueness in following up on agent-involved shootings is troubling, says Vicki Gaubeca, president of the Southern Border Communities Coalition, the group that tracks CBP shootings. Gaubeca believes the agency is dragging its feet. She says the urgency for reform under Obama has transitioned into the Trump era of cheerleading for border security.

"And now that he's president of the United States," she says, "then they feel emboldened to basically just do whatever they want to do."

There's a pattern to these highly controversial border shootings.

First comes the CBP statement, often followed by community outrage. Then the investigation gets under way. And finally, a deafening silence, as the years roll by and people move on and forget.

Critics say we shouldn't let that happen. Not with Guillermo Arévalo. And not with the more recent case of Claudia Patricia Gomez.

Just last year, the 20-year-old Guatemalan was shot in the head by a Border Patrol agent on the outskirts of Laredo, Texas, not far from the river she had just crossed illegally. The first CBP press release called the young Maya woman an assailant who was with a group of immigrants wielding "blunt objects" and threatening the agent. A second statement corrected that she, in fact, did not wield a weapon, but the group she was with "rushed" the officer and ignored orders to get on the ground.

Her parents are suing the government for wrongful death. Sixteen months after her death, there's not a word from CBP.

"Look, I don't think every agent is bad. There's only one person who did this," says her father, Gilberto Gomez, from his house in the Guatemalan highlands. "We don't want impunity. We want justice."

A CBP spokesman says their investigation is on hold because the fatal shooting of Claudia Patricia Gomez remains at the Civil Rights Division of the Justice Department. Just like the case of Guillermo Arévalo.