Accessibility links
Opinion: Earth Has Survived Extinctions Before, It's Humans Who Are Fragile Earth has experienced cataclysmic life-destroying events before. NPR's Scott Simon reflects on what this means for humans in the midst of climate change. 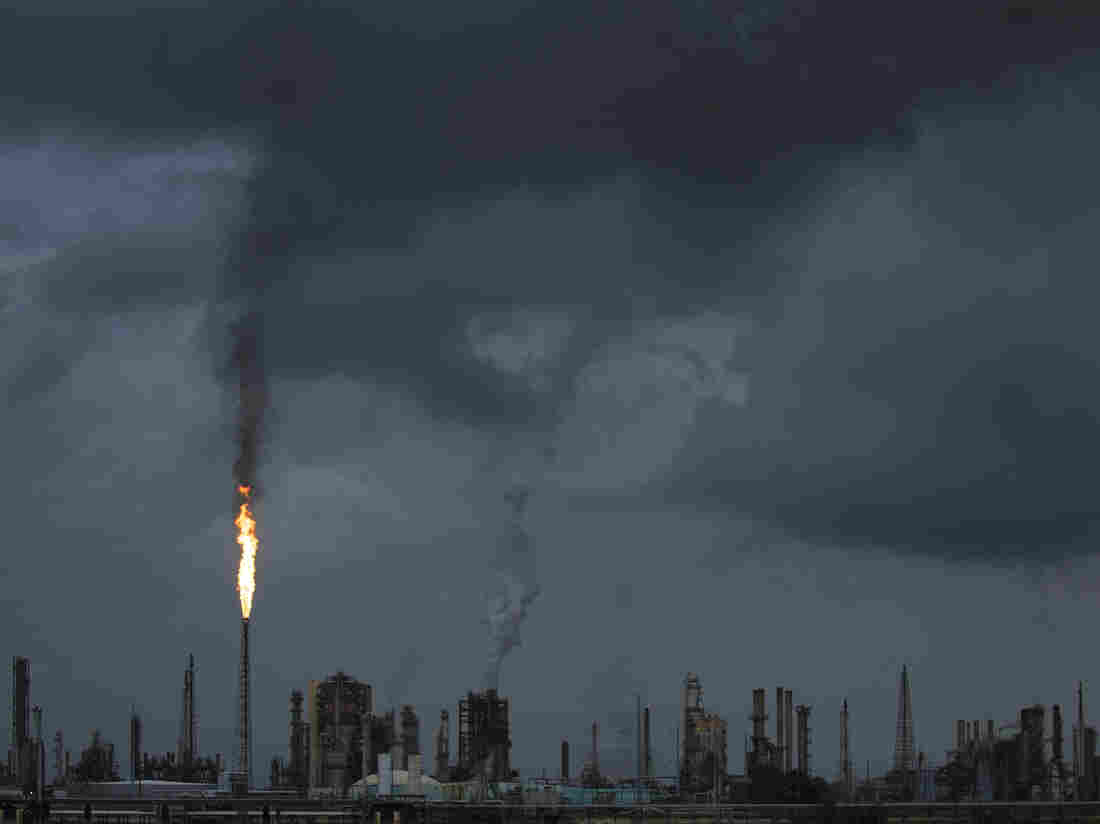 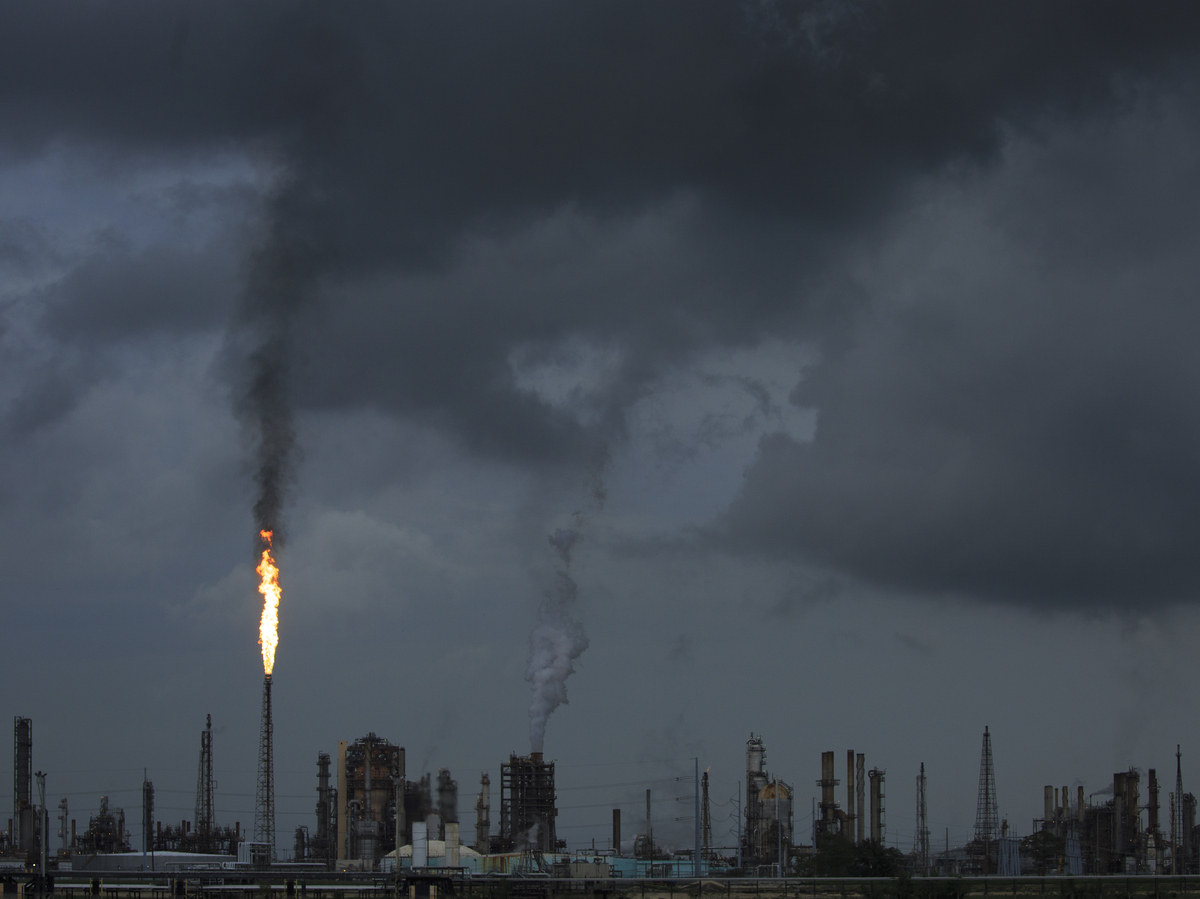 A gas flare from the Shell Chemical LP petroleum refinery illuminates the sky on Aug. 21 in Norco, La.

It takes only a few paragraphs in Genesis for the Earth to take shape, sprout with life, and then human beings. Of course, that development actually took millions of years.

But this week, as the world watched a huge hurricane gather in the Earth's warming waters, and wreak terrible destruction on life in the islands of the Bahamas and other places, there was another humbling reminder that human beings really only play a supporting role in the history of the Earth.

Scientists have uncovered what they call the Great Oxidation Event. They say it destroyed almost all life on Earth about 2 billion years ago, even before the rise and extinction of the dinosaurs, a mere millions of years ago.

Malcolm Hodgskiss, a Ph.D. candidate at Stanford and co-lead author of the study, says researchers found barite, an ancient mineral, in rocks in Canada's subarctic. The rocks have chemical signatures locked inside that help scientists determine what the Earth's atmosphere was like when they were formed.

Scientists say the Earth's only living inhabitants about 2 billion years ago were microorganisms. But when they photosynthesized, that process that turns light into chemical energy, the tiny organisms saturated the Earth with oxygen — too much oxygen. The excess essentially poisoned the atmosphere for 80 to 99.5% of the organisms that then thrived on Earth; and left the planet almost lifeless.

Malcolm Hodgskiss told CNN, "Even our most conservative estimates would exceed estimates for the amount of life that died off during the extinction of the dinosaurs approximately 65 million years ago."

A character in Nevil Shute's 1957 novel, On The Beach, who contemplates the world being engulfed by nuclear radiation, tells a friend, "It's only the end of us. The world will go on just the same, only we shan't be in it. I dare say it will get along all right without us."

A new scientific study and actual events reminded us this week that the Earth endures. It's us, all the living things that inhabit it for a while, who are fragile; and who know our time is fleeting.

The microorganisms that preceded us millions of years ago didn't know what was happening to the Earth as they lived, or what would happen to them because of it. There was nothing they could do. We know what's happening on this Earth all around us. We know what we can do.