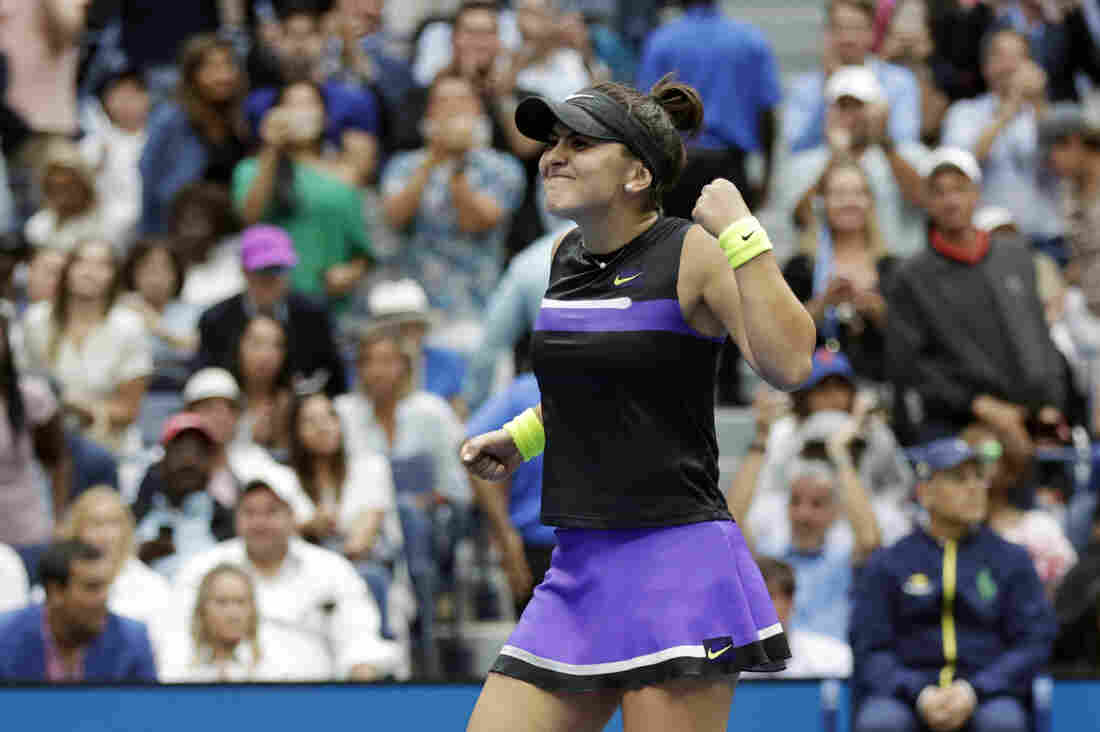 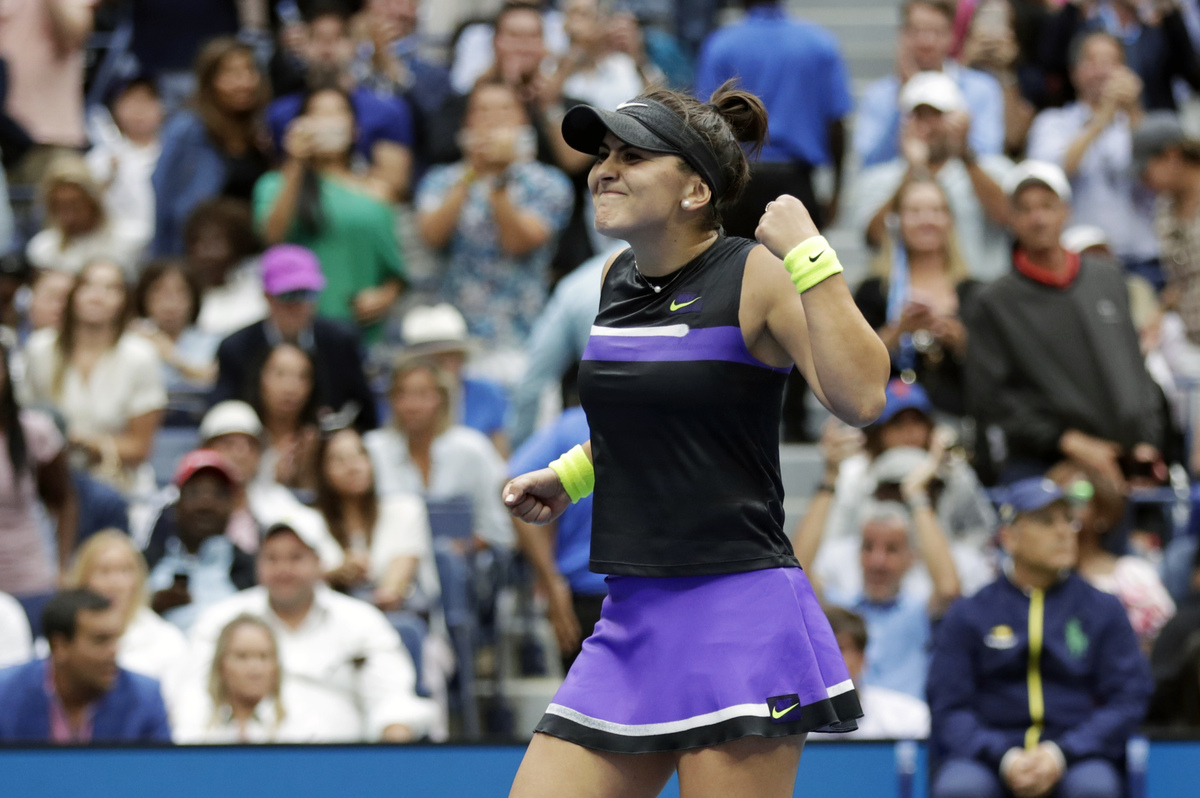 Bianca Andreescu reacts after defeating Serena Williams in the women's singles final of the U.S. Open.

Andreescu returned a weak serve from Williams with a reliable forehand to seal the game. Then, her face in disbelief, 19-year-old Andreescu hugged Williams at the net and fell to the blue court, basking in her feat.

"Being able to play on this stage against Serena, a true legend in this sport, is amazing," said Andreescu, after winning her first major final appearance. "Oh, man, it wasn't easy at all."

For Andreescu — born the year after Williams won her first major title at the U.S. Open — the victory capped an impressive run at this year's tournament. She became the first Canadian to reach a Grand Slam finals. And despite setbacks from a shoulder injury, the Romanian Canadian's play helped her rise to 15th in the Women's Tennis Association rankings entering her match against Williams. She was ranked 208 last summer.

Andreescu appeared fearless in the face of her more experienced rival. Her risky coin-toss choice to receive against a master server ended up in her favor. Serena double faulted to hand Andreescu a winning first set that she'd dominated with spin serves fans are used to seeing from Williams and aggressive returns.

In the second set, Williams began to turn over her game. She closed a 1-5 down gap after a stunning rally that drew deafening roars from the crowd, prompting Andreescu to cover her ears.

Asked about her most trying moment to seal the win, Andreescu replied, "Definitely the crowd." 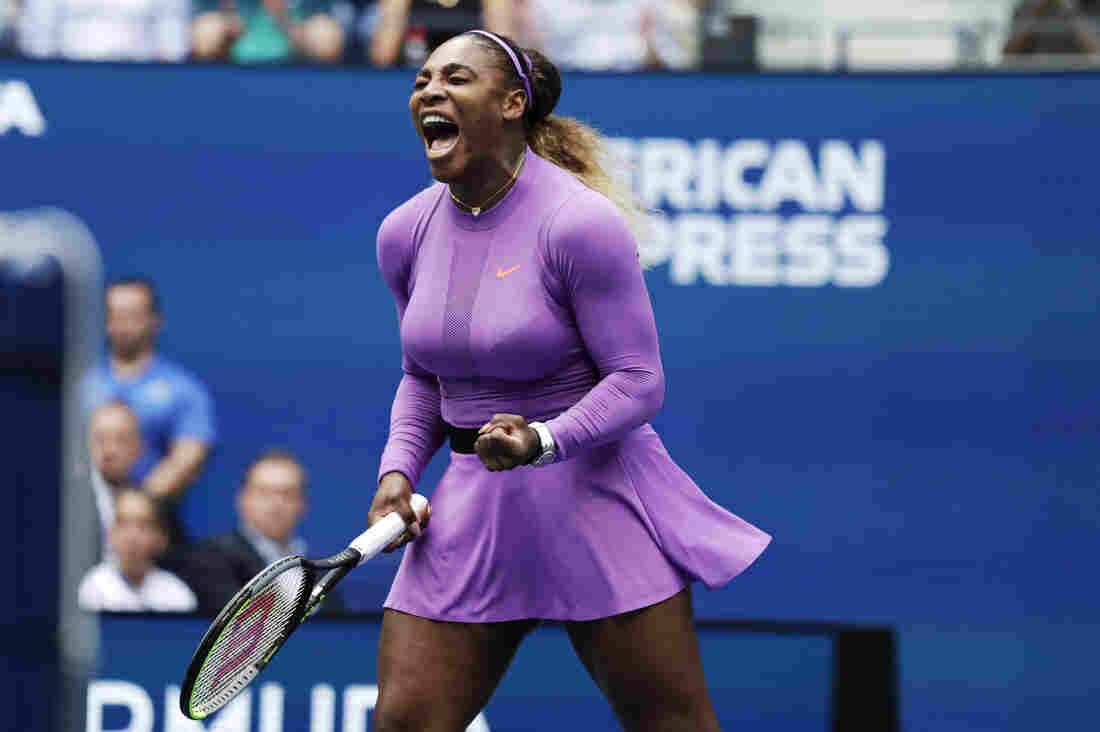 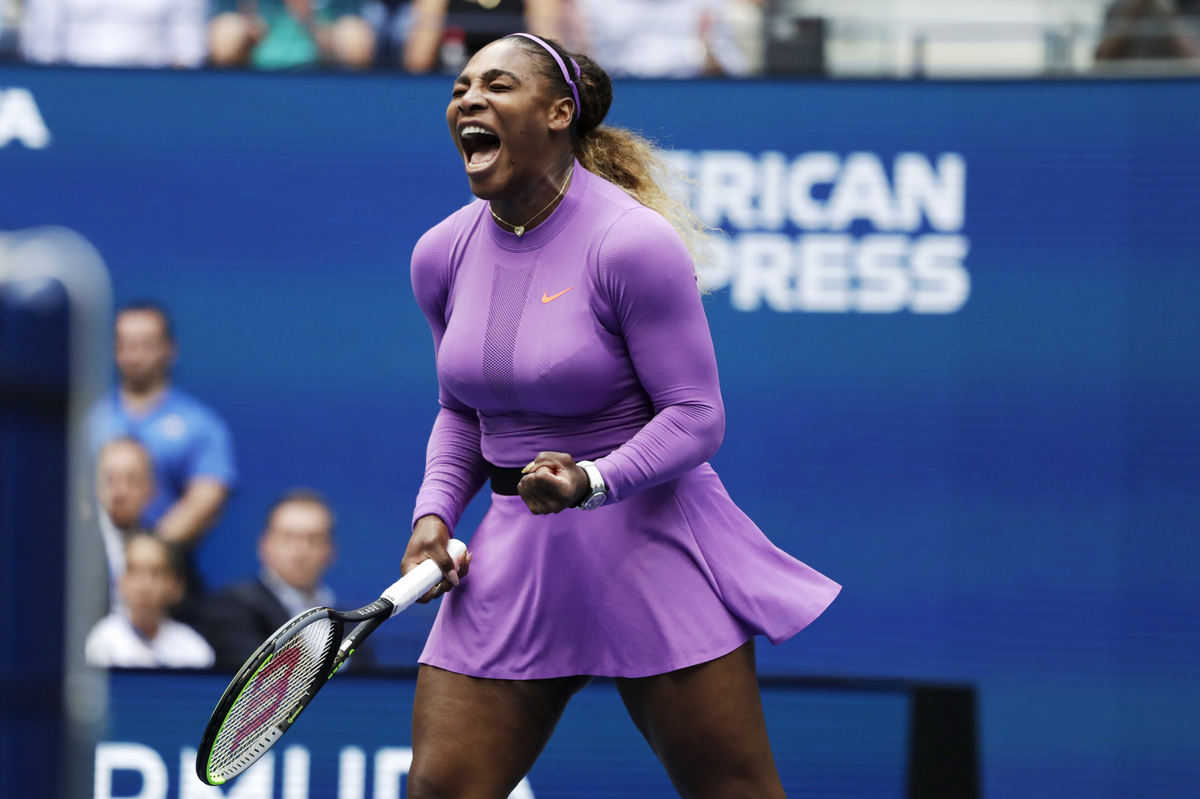 Serena Williams scores a point against Bianca Andreescu on Saturday.

The match represented another difficult loss for the 37-year-old Williams since her return to tennis last year after the birth of her daughter in 2017. Since her return, she has tried unsuccessfully four times to match the record for most Grand Slam wins.

The only other match-up between Williams and Andreescu was cut short when Williams suffered a back injury in the Rogers Cup final in Toronto last month. Andreescu took home that title. Impressed by her rival's sportsmanship after the match, Williams called Andreescu an "old soul."

Both attribute their success to a strong mental game as much as a physical one. Andreescu has spoken about her pregame meditation ritual.

As for Williams, she says the stress of contending with other tennis superstars might be less taxing than motherhood.

"I think being on the court is almost a little bit more relaxing than hanging out with a 2-year-old that's dragging you everywhere," Williams told USA Today after a commanding semifinals performance against Ukraine's Elina Svitolina on Thursday. "I think that's kind of been a little helpful."