Accessibility links
'The Secrets We Kept' Imagines What CIA Secretaries Knew About 'Dr. Zhivago' Novelist Lara Prescott became curious about the women who worked at CIA headquarters during the real-life mission to smuggle Dr. Zhivago into the Soviet Union during the Cold War. 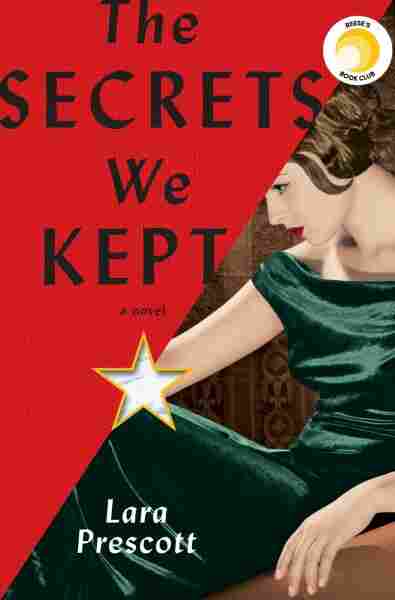 The Secrets We Kept

Lara Prescott can trace her interest in Dr. Zhivago back to the beginning — the very beginning — of her life. She's named after one of the main characters in Boris Pasternak's novel about a doomed love affair at the time of the Russian revolution. (Prescott's mother was a huge fan of the film adaptation.)

About five years ago, Prescott found out something new about the book when her father sent her a Washington Post article about how the CIA had used Dr. Zhivago as a propaganda tool. "I had to find out everything about the mission," Prescott recalls.

The result of that exploration is Prescott's debut novel, The Secrets We Kept. It's the story of a young woman who becomes involved with the CIA's plan to get copies of Dr. Zhivago into the Soviet Union where it had been banned because of its portrayal of life under Communism. Throughout the book, Prescott weaves her spy saga with the story of Pasternak and his real-life lover Olga, the model for Lara.

The story begins in the secretarial pool at the old CIA headquarters in Washington, D.C. As Prescott researched the story, she became interested in the women who worked there in the 1950s.

The memos and reports about the Zhivago mission were heavily redacted, Prescott says: "I kept thinking about the women who typed these memos and these reports, these women who would know the secrets of the secret keepers."

Some of the women had worked as spies during World War II. "Some of them had led French Resistance fighters to the front lines," Prescott explains. "Some of them had planted bombs to sabotage trains and bridges. When the war was over and the CIA was forming they were put in positions behind desks often in record-keeping, clerical, secretarial positions despite all they had done during the war."

A Writer Who Defied The System In 'The Zhivago Affair'

One of the main characters in the book, Irina, was not a former spy. She just needed a job and found one as typist at the CIA. But the spymasters saw something in Irina that made them think she could take on a different role — delivering and receiving sensitive packages all over D.C. Irina never knew what was inside the envelopes, but the important thing was that she blended in, Prescott says.

The CIA begins training Irina to work on the Zhivago mission. One of her trainers is Sally, a beautiful, sophisticated woman who still works as a spy in the post-war world. As she was writing, Prescott sensed a spark between her characters and knew they would fall in love. It became her way into writing a love story that parallels the one in Dr. Zhivago.

"You can't think of Dr. Zhivago and not think of the love story and how these two were brought together under extraordinary circumstances ..." Prescott says. "I knew that I wanted to write another love story and it fell upon Irina and Sally almost by accident."

Sally takes Irina to Dumbarton Oaks, an estate in northwest Washington, for a meeting, and writing that scene, Prescott realized: "I think there might be something more here for these characters."

Eventually Irina is sent to pick up a microfilm of Dr. Zhivago, in Russian, which will be made into a book that the CIA smuggles into the Soviet Union. Prescott set this scene in one of her favorite spots in the city — The Bishop's Garden of the Washington National Cathedral.

Prescott had read that this was a location where CIA hand-offs often occurred. "It's the kind of place where you are in the middle of the city but you also feel like you've entered into a whole different world," Prescott says.

These days, it's almost hard to imagine that the CIA would expend so much energy smuggling a work of fiction that became more famous for its love story than its politics.

Prescott says her first reaction was: "How could a book be the center of this CIA plot?" But at the same time, it made perfect sense. "Of course books could be used in this way, because they can change the hearts and minds of people," Prescott says.

We may live in the age of Twitter and "fake news," says Prescott, but books remain a powerful tool, threatening enough that governments still resort to censorship to stop the flow of words and ideas.

Read an excerpt of The Secrets We Kept