Accessibility links
'Poisoner In Chief' Details The CIA's Secret Quest For Mind Control Journalist Stephen Kinzer reveals how CIA chemist Sidney Gottlieb worked in the 1950s and early '60s to develop mind control drugs and deadly toxins that could be used against enemies. CIA chemist Sidney Gottlieb headed up the agency's secret MK-ULTRA program, which was charged with developing a mind control drug that could be weaponized against enemies. Courtesy of the CIA hide caption

toggle caption
Courtesy of the CIA 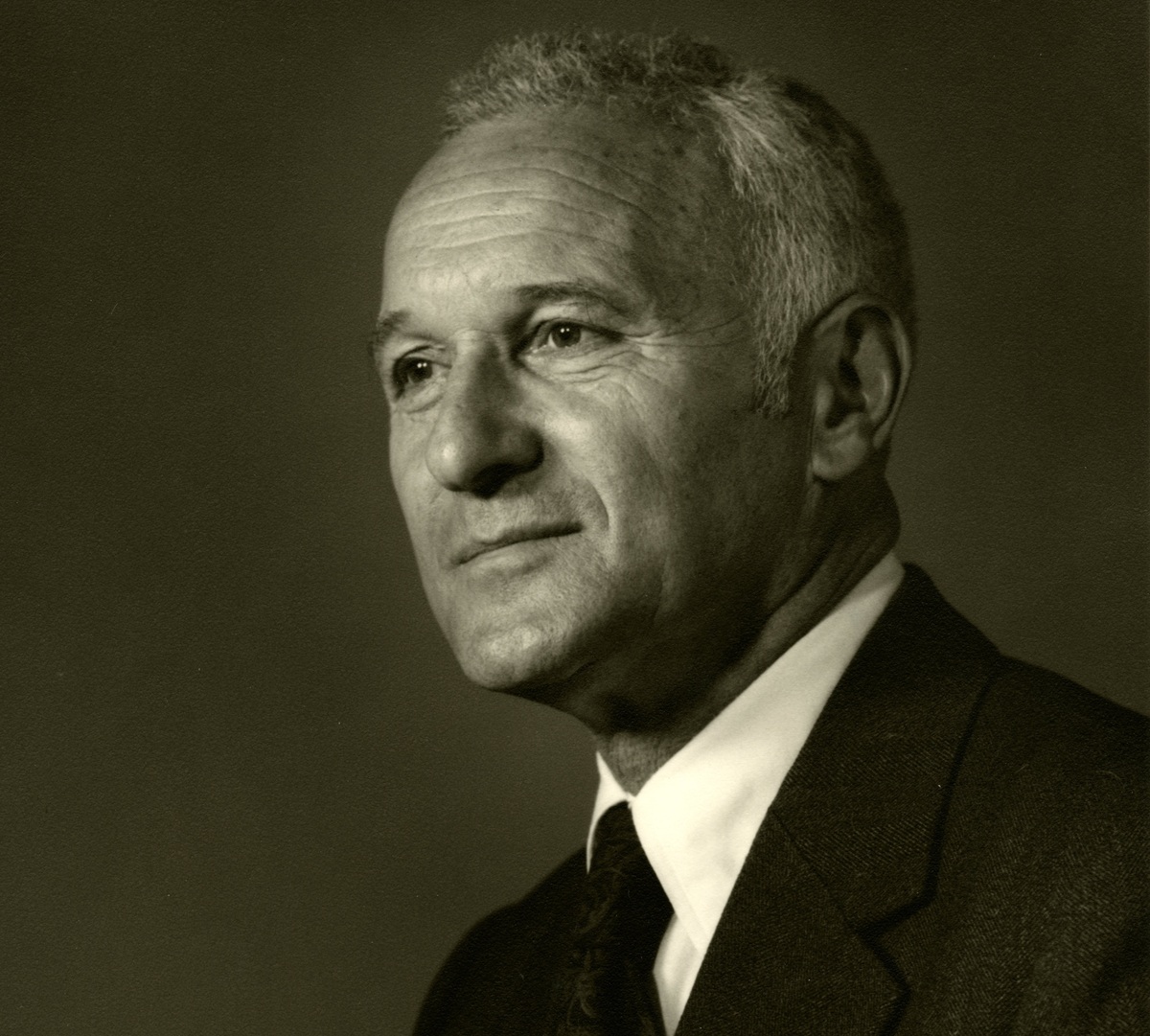 CIA chemist Sidney Gottlieb headed up the agency's secret MK-ULTRA program, which was charged with developing a mind control drug that could be weaponized against enemies.

Courtesy of the CIA

During the early period of the Cold War, the CIA became convinced that communists had discovered a drug or technique that would allow them to control human minds. In response, the CIA began its own secret program, called MK-ULTRA, to search for a mind control drug that could be weaponized against enemies.

MK-ULTRA, which operated from the 1950s until the early '60s, was created and run by a chemist named Sidney Gottlieb. Journalist Stephen Kinzer, who spent several years investigating the program, calls the operation the "most sustained search in history for techniques of mind control."

Some of Gottlieb's experiments were covertly funded at universities and research centers, Kinzer says, while others were conducted in American prisons and in detention centers in Japan, Germany and the Philippines. Many of his unwitting subjects endured psychological torture ranging from electroshock to high doses of LSD, according to Kinzer's research.

"Gottlieb wanted to create a way to seize control of people's minds, and he realized it was a two-part process," Kinzer says. "First, you had to blast away the existing mind. Second, you had to find a way to insert a new mind into that resulting void. We didn't get too far on number two, but he did a lot of work on number one."

Kinzer notes that the top-secret nature of Gottlieb's work makes it impossible to measure the human cost of his experiments. "We don't know how many people died, but a number did, and many lives were permanently destroyed," he says.

Ultimately, Gottlieb concluded that mind control was not possible. After MK-ULTRA shut down, he went on to lead a CIA program that created poisons and high-tech gadgets for spies to use.

Kinzer writes about Gottlieb and MK-ULTRA in his new book, Poisoner in Chief. 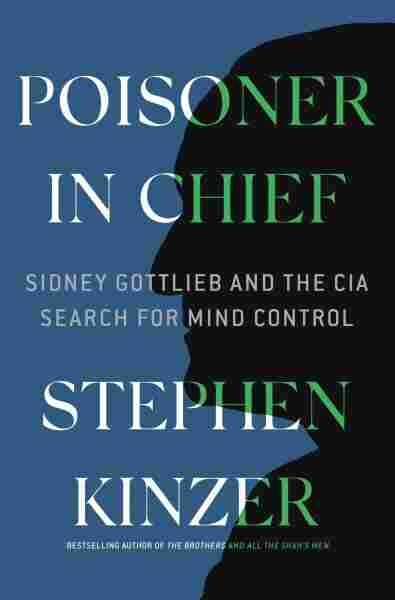 Sidney Gottlieb and the CIA Search for Mind Control

On how the CIA brought LSD to America

As part of the search for drugs that would allow people to control the human mind, CIA scientists became aware of the existence of LSD, and this became an obsession for the early directors of MK-ULTRA. Actually, the MK-ULTRA director, Sidney Gottlieb, can now be seen as the man who brought LSD to America. He was the unwitting godfather of the entire LSD counterculture.

In the early 1950s, he arranged for the CIA to pay $240,000 to buy the world's entire supply of LSD. He brought this to the United States, and he began spreading it around to hospitals, clinics, prisons and other institutions, asking them, through bogus foundations, to carry out research projects and find out what LSD was, how people reacted to it and how it might be able to be used as a tool for mind control.

Now, the people who volunteered for these experiments and began taking LSD, in many cases, found it very pleasurable. They told their friends about it. Who were those people? Ken Kesey, the author of One Flew Over the Cuckoo's Nest, got his LSD in an experiment sponsored by the CIA by MK-ULTRA, by Sidney Gottlieb. So did Robert Hunter, the lyricist for the Grateful Dead, which went on to become a great purveyor of LSD culture. Allen Ginsberg, the poet who preached the value of the great personal adventure of using LSD, got his first LSD from Sidney Gottlieb. Although, of course, he never knew that name.

So the CIA brought LSD to America unwittingly, and actually it's a tremendous irony that the drug that the CIA hoped would be its key to controlling humanity actually wound up fueling a generational rebellion that was dedicated to destroying everything that the CIA held dear and defended.

On how MK-ULTRA experimented on prisoners, including crime boss Whitey Bulger

Whitey Bulger was one of the prisoners who volunteered for what he was told was an experiment aimed at finding a cure for schizophrenia. As part of this experiment, he was given LSD every day for more than a year. He later realized that this had nothing to do with schizophrenia and he was a guinea pig in a government experiment aimed at seeing what people's long-term reactions to LSD was. Essentially, could we make a person lose his mind by feeding him LSD every day over such a long period?

Bulger wrote afterward about his experiences, which he described as quite horrific. He thought he was going insane. He wrote, "I was in prison for committing a crime, but they committed a greater crime on me." And towards the end of his life, Bulger came to realize the truth of what had happened to him, and he actually told his friends that he was going to find that doctor in Atlanta who was the head of that experiment program in the penitentiary and go kill him.

The CIA mind control project, MK-ULTRA, was essentially a continuation of work that began in Japanese and Nazi concentration camps.

The CIA mind control project, MK-ULTRA, was essentially a continuation of work that began in Japanese and Nazi concentration camps. Not only was it roughly based on those experiments, but the CIA actually hired the vivisectionists and the torturers who had worked in Japan and in Nazi concentration camps to come and explain what they had found out so that we could build on their research.

For example, Nazi doctors had conducted extensive experiments with mescaline at the Dachau concentration camp, and the CIA was very interested in figuring out whether mescaline could be the key to mind control that was one of their big avenues of investigation. So they hired the Nazi doctors who had been involved in that project to advise them.

Another thing the Nazis provided was information about poison gases like sarin, which is still being used. Nazi doctors came to America to Fort Detrick in Maryland, which was the center of this project, to lecture to CIA officers to tell them how long it took for people to die from sarin.

Gottlieb and the CIA established secret detention centers throughout Europe and East Asia, particularly in Japan, Germany and the Philippines, which were largely under American control in the period of the early '50s, and therefore Gottlieb didn't have to worry about any legal entanglements in these places. ...

CIA officers in Europe and Asia were capturing enemy agents and others who they felt might be suspected persons or were otherwise what they called "expendable." They would grab these people and throw them into cells and then test all kinds of, not just drug potions, but other techniques, like electroshock, extremes of temperature, sensory isolation — all the meantime bombarding them with questions, trying to see if they could break down resistance and find a way to destroy the human ego. So these were projects designed not only to understand the human mind but to figure out how to destroy it. And that made Gottlieb, although in some ways a very compassionate person, certainly the most prolific torturer of his generation.

On how these experiments were unsupervised

This guy [Sidney Gottlieb] had a license to kill. He was allowed to requisition human subjects across the United States and around the world and subject them to any kind of abuse that he wanted, even up to the level of it being fatal — yet nobody looked over his shoulder.

[Gottlieb] operated almost completely without supervision. He had sort of a checkoff from his titular boss and from his real boss, Richard Helms, and from the CIA director, Allen Dulles. But none of them really wanted to know what he was doing. This guy had a license to kill. He was allowed to requisition human subjects across the United States and around the world and subject them to any kind of abuse that he wanted, even up to the level of it being fatal — yet nobody looked over his shoulder. He never had to file serious reports to anybody. I think the mentality must have been [that] this project is so important — mind control, if it can be mastered, is the key to global world power.

The end of Gottlieb's career came in [1973], when his patron, Richard Helms, who was then director of the CIA, was removed by [President Richard] Nixon. Once Helms was gone, it was just a matter of time until Gottlieb would be gone, and most important was that Helms was really the only person at the CIA who had an idea of what Gottlieb had been doing. So as they were both on their way out of the CIA, they agreed that they should destroy all records of MK-ULTRA. Gottlieb actually drove out to the CIA records center and ordered the archives to destroy boxes full of MK-ULTRA records. ... However, it turns out that there were some [records] found in other places; there was a depot for expense account reports that had not been destroyed, and various other pieces of paper remain. So there is enough out there to reconstruct some of what he did, but his effort to wipe away his traces by destroying all those documents in the early '70s was quite successful.

In the audio of this interview, as in a previous Web version, Stephen Kinzer incorrectly says the end of Sidney Gottlieb's CIA career came in 1972. It actually ended in 1973.