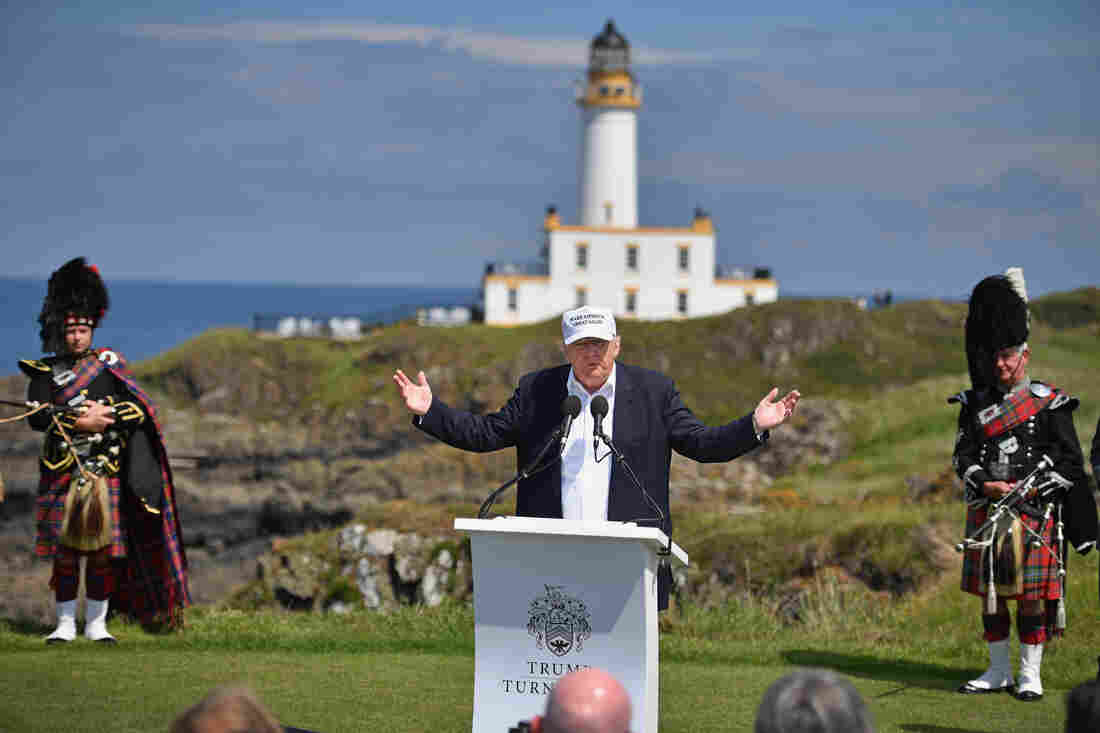 Donald Trump during a press conference at his Turnberry golf resort in Scotland in 2016 before becoming president. The U.S. Air Force confirms it's investigating claims that aircrews violated internal rules by staying at the resort. Trump says he had no knowledge of the stopovers. Jeff J. Mitchell/Getty Images hide caption 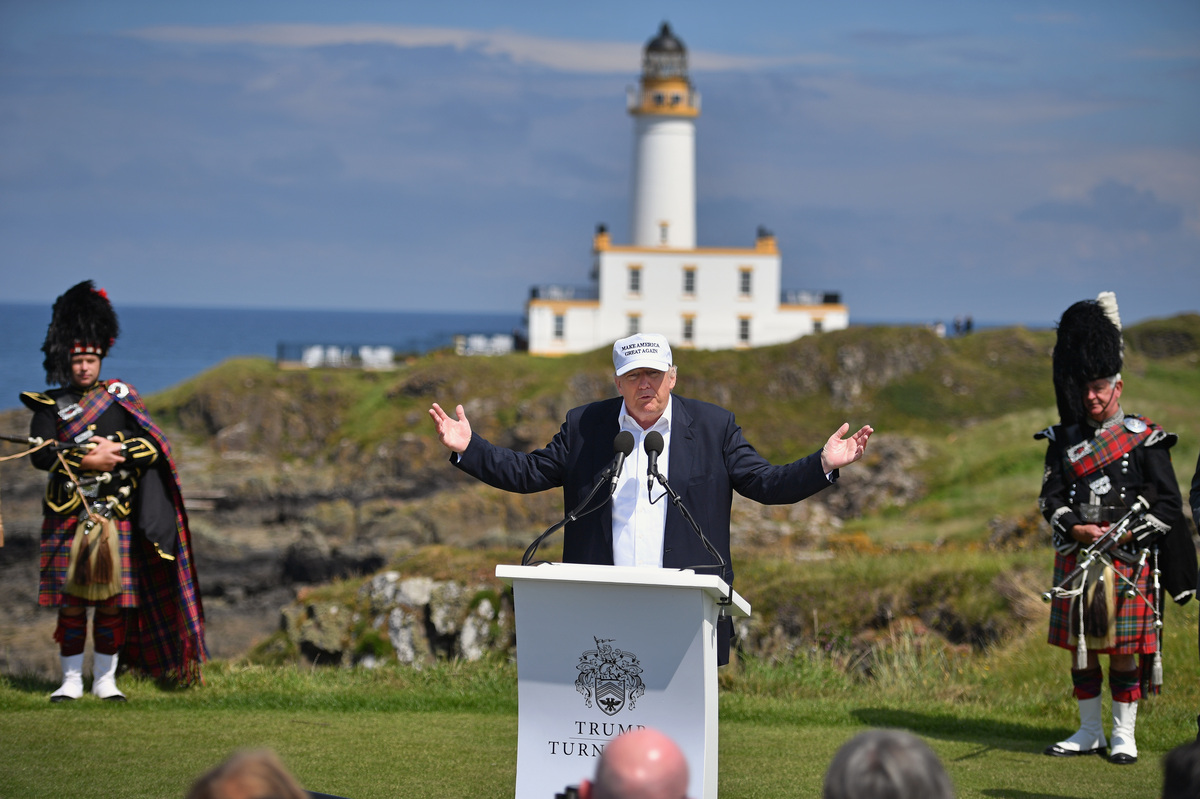 Donald Trump during a press conference at his Turnberry golf resort in Scotland in 2016 before becoming president. The U.S. Air Force confirms it's investigating claims that aircrews violated internal rules by staying at the resort. Trump says he had no knowledge of the stopovers.

President Trump and the U.S. Air Force are trying to tamp down questions about conflicts of interest that erupted over stays by Air Force personnel at Trump's luxury golf resort in Turnberry, Scotland.

The House oversight committee is investigating, and Air Force spokesman Brig. Gen. Edward Thomas says the Air Force is reviewing "all guidance pertaining to selection of airports and lodging accommodations during international travels."

The reviews follow a Politico report about a seven-member crew of a C-17 Globemaster III cargo plane staying at Turnberry earlier this year.

The crew was flying the C-17 from Alaska to Kuwait and stopped for refueling at Glasgow Prestwick Airport, a struggling commercial airport that is key to Turnberry's business model. The airport entered into an official partnership with the Trump Organization in 2014.

Before taking office, President Trump turned day-to-day operations of his companies over to his adult sons. But breaking with the practice of past presidents, he did not divest or otherwise distance himself from his businesses.

Trump has continued to promote his properties and brand, visiting his golf resorts repeatedly, and he even publicly suggested that next year's G-7 summit be held at one of his golf resorts in Florida.

Vice President Pence was criticized last week for staying at a Trump golf resort on the western coast of Ireland instead of in Dublin, where he had meetings.

In a tweet, Trump claimed to know nothing about "an Air Force plane landing at an airport (which I do not own and have nothing to do with) near Turnberry Resort (which I do own)." He added that the service members staying at his resort "have good taste!"

I know nothing about an Air Force plane landing at an airport (which I do not own and have nothing to do with) near Turnberry Resort (which I do own) in Scotland, and filling up with fuel, with the crew staying overnight at Turnberry (they have good taste!). NOTHING TO DO WITH ME

Air Mobility Command aircraft stopped at Prestwick 95 times in 2015. So far this year there have been 259 stops, 220 of them involving overnight stays.

The Air Force didn't indicate how many of the overnight stays were at the Trump Turnberry resort, but that figure does include the stay earlier this year by the C-17 crew highlighted by Politico.

Thomas, the Air Force's top spokesman, said in a statement that "while initial reviews indicate that aircrew transiting through Scotland adhered to all guidance and procedures, we understand that U.S. service members lodging at higher-end accommodations, even if within government rates, might be allowable but not advisable."

The House oversight committee, which in June requested documents from the secretary of defense, said in a letter that "given the president's continued financial stake in his Scotland golf courses," there are questions about "the president's potential receipt of U.S. or foreign government emoluments in violation of the U.S. Constitution and ... other serious conflict of interest concerns."

A Democratic National Committee aide told NPR that the committee has been investigating the incident outlined in the Politico report "and other similar reports." The aide added that so far the Defense Department "has not produced a single document in this investigation. The Committee will be forced to consider alternative steps if the Pentagon does not begin complying voluntarily in the coming days."

When the partnership between Prestwick Airport and the Trump Organization was announced, a press release explained that people visiting Turnberry, which is 20 miles from the airport, would be provided transfers via "the luxurious Trump helicopter, executive cars or private hire."

"The synergy of Trump Turnberry and Prestwick Airport working together is crucial for both parties as we further develop golf and tourism in Ayrshire and Scotland," Ralph Porciani, the general manager of Trump Turnberry, was quoted as saying. 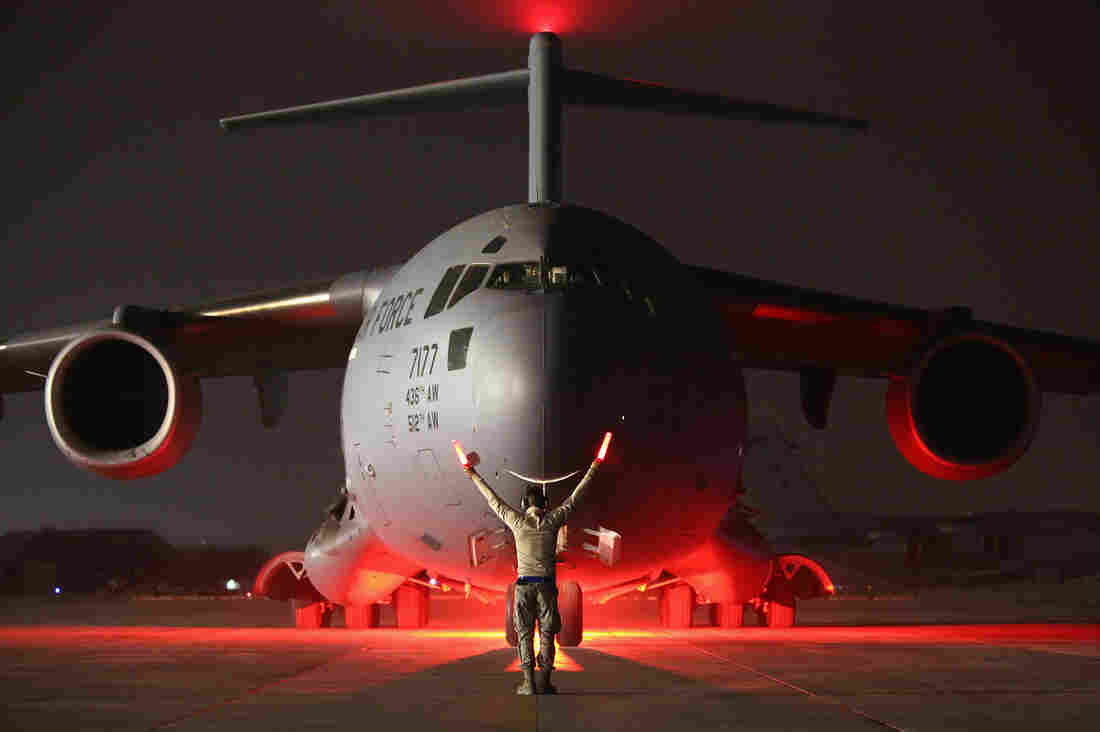 A U.S. Air Force C-17 Globemaster, like the one that made an overnight refueling stop in Scotland near a golf resort owned by President Trump. John Moore/Getty Images hide caption 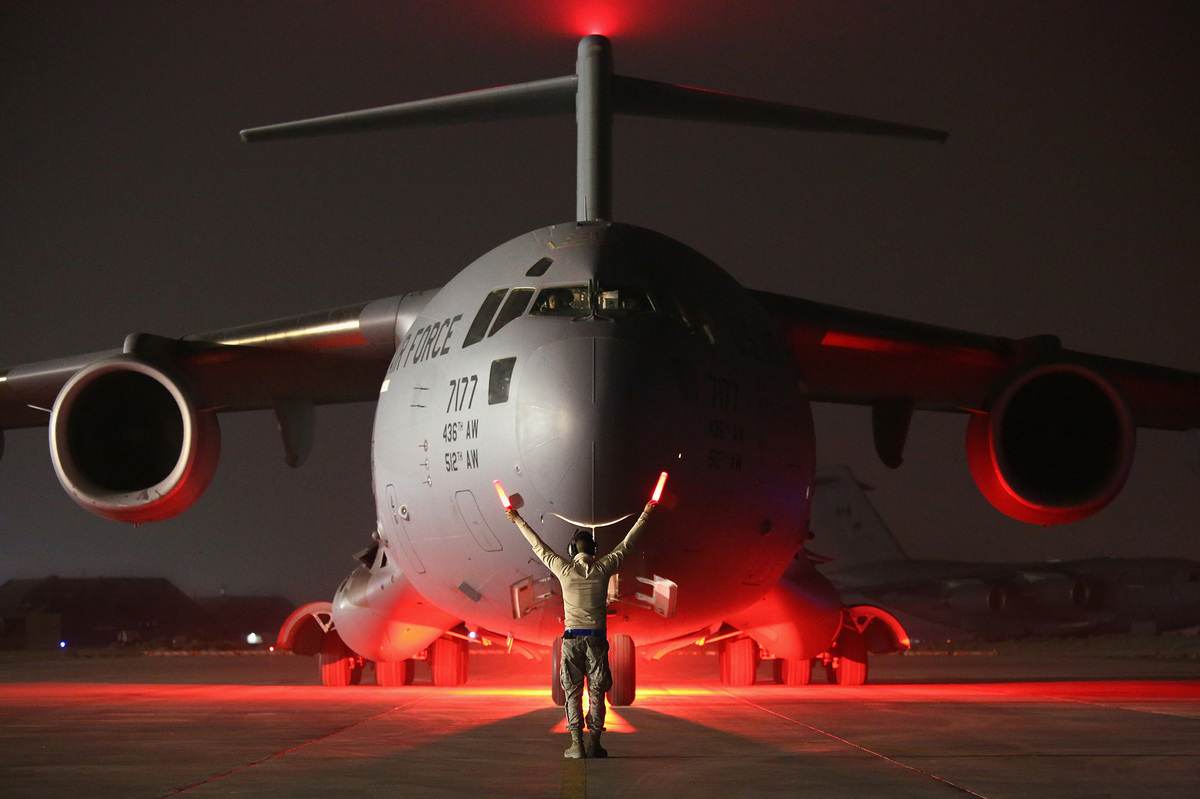 A U.S. Air Force C-17 Globemaster, like the one that made an overnight refueling stop in Scotland near a golf resort owned by President Trump.

Thomas explained that C-17 aircraft have increasingly used Prestwick as a stopover because it has 24-hour operations, making it a more viable option for aircraft headed to and from the Middle East and Afghanistan.

Many military stopover locations, he explained, have imposed increasingly restrictive operating hours. In 2017, he said, Air Mobility Command issued a directive to flight crews to increase efficiency. Prestwick was listed as a top-five stopover location due to favorable weather and less traffic from other aircraft.

According to the House oversight committee letter, since October 2017, the Defense Logistics Agency has purchased $11 million in jet fuel from Prestwick Airport.

"This airport has a large parking area, is open 24/7/365, and has been contracted by DoD for fuel at standardized prices," Thomas explained.

Even with all these explanations, ethics watchers — who have been repeatedly critical of President Trump — say this episode is another reminder of the hazards of a president who continues to own a private business and profit from government business.

"To believe USAF's claim that stays at Turnberry were normal, you'd have to believe: it's a coincidence Trump owns it, emoluments are OK, no hotels under $166 were within 30 miles of the airport, the cost of meals + incidentals is irrelevant and an appearance of corruption is fine," tweeted Walter Shaub, a former top government ethics official and Trump critic.