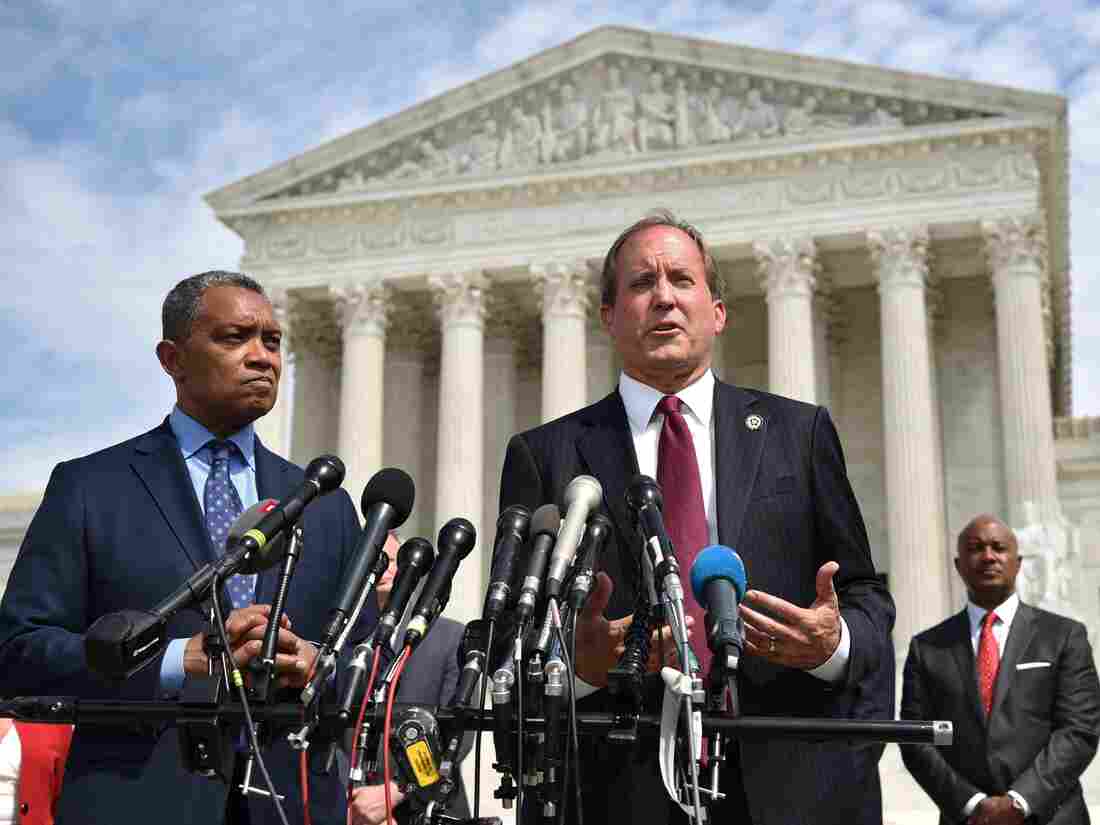 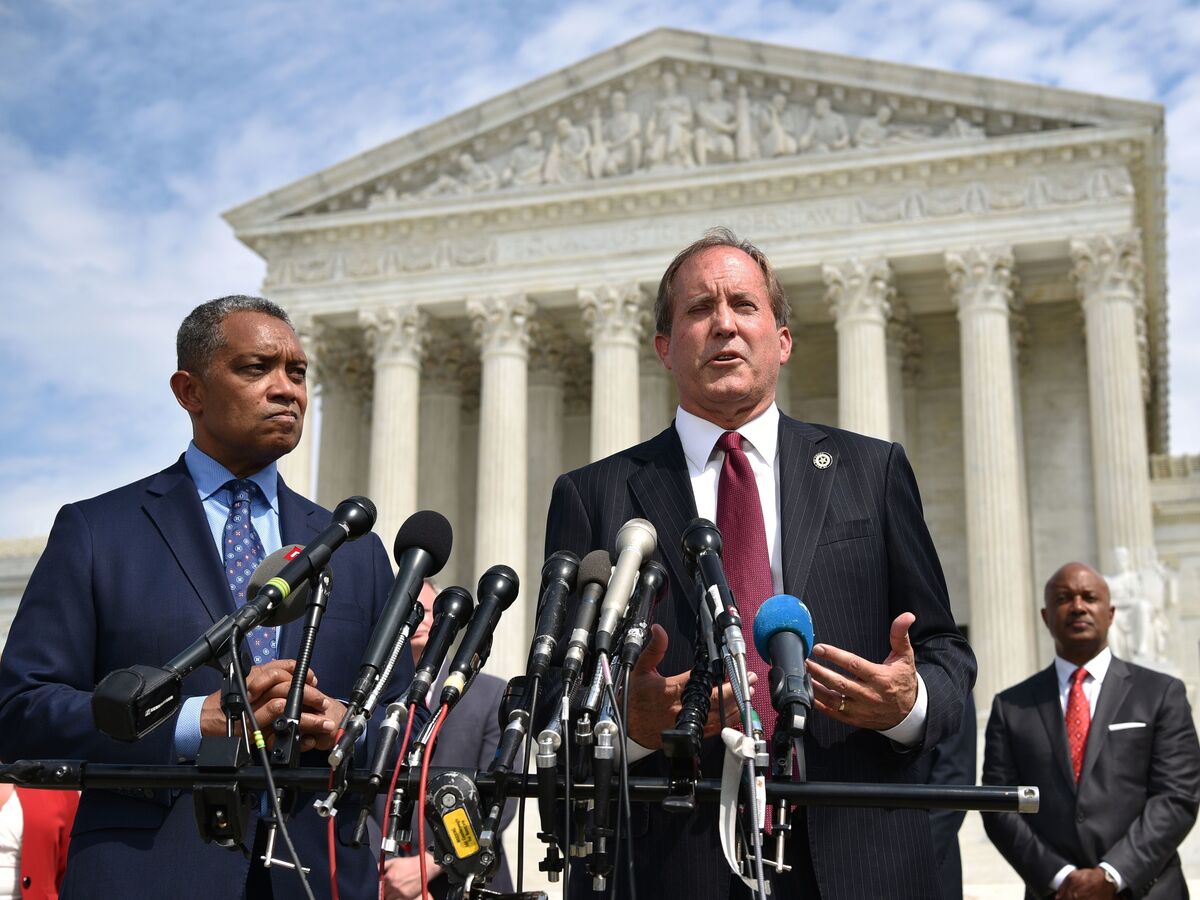 District of Columbia Attorney General Karl Racine (left) and Texas Attorney General Ken Paxton speak Monday about the launch of an antitrust investigation into Google outside the Supreme Court in Washington, D.C.

State attorneys general of 48 states, Puerto Rico and the District of Columbia announced a major probe Monday into Google's dominance in search and advertising for practices that harm competition as well as consumers. Texas Attorney General Ken Paxton is leading the bipartisan pack.

The investigation includes all the states, except for California and Alabama.

Google has the power to put a user on page 1 or 100. European regulators have charged Google with abusing that power and, following years-long investigations, they issued multi-billion-dollar fines.

The tech giant, along with Facebook, controls nearly 60% of all digital advertising, according to eMarketer. A wide range of businesses that must publicize their services — be it a hair stylist, a hospital or a Fortune 500 company — must abide by the terms and prices set by two companies. But, as eMarketer notes, the duopoly's control is diminishing as Amazon grows.

In June, Paxton, a Tea Party Republican, expressed concern in a press release that even when no money changes hands, consumers are paying for services with their data and that "technology platforms often lack the incentive to provide strong privacy protections for consumers." He and 42 other attorneys general asked the Federal Trade Commission to work closely with them, to look at anti-competitive practices and predatory conduct.

Last week, Google agreed to pay $170 million to settle allegations that it violated the privacy rights of children by tracking them, without parental consent, as they watch cartoons and other youth-directed content on YouTube.

Is Facebook Too Big? State Attorneys General Want To Know

Last week Google disclosed that, in addition to state-level government action, the Justice Department has asked the company to hand over documents. Kent Walker, Google's senior vice president of global affairs, defended the company in a blog post, saying: "Things that were science fiction a few years ago are now free for everyone—translating any language instantaneously, learning about objects by pointing your phone, getting an answer to pretty much any question you might have."

Led by New York, attorneys general from eight states and the District of Columbia announced a probe into Facebook as well.