Accessibility links
Saudi Arabia Changes Leadership Of Oil Firm Saudi Aramco And Energy Ministry In a break from tradition, the king appointed a prince to run the energy ministry and the head of the Public Investment Fund to chair oil giant Saudi Aramco. 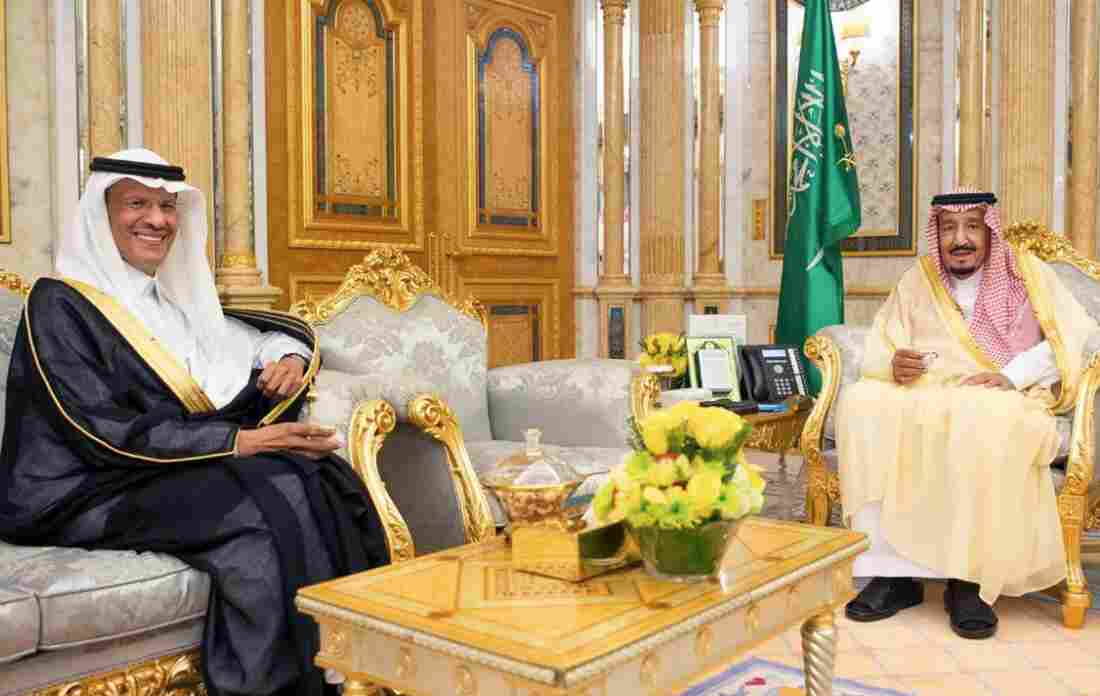 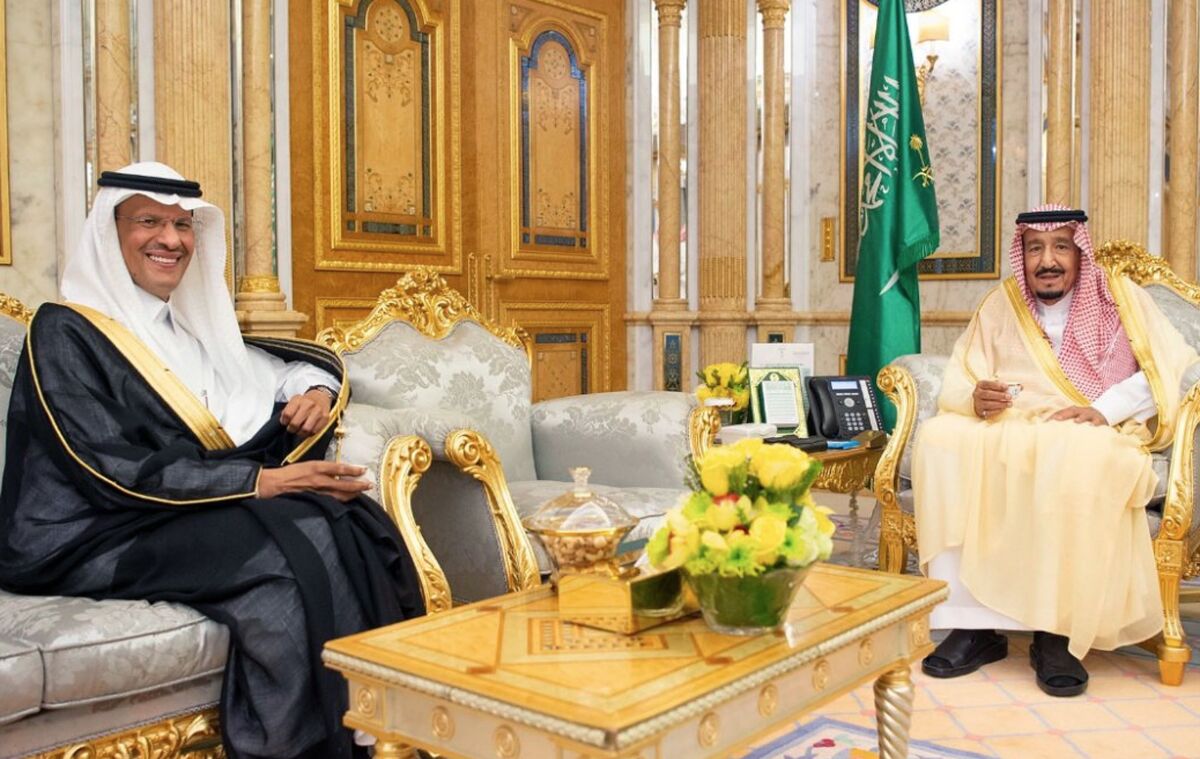 From the moment he was named heir to the throne, Saudi Arabia's Crown Prince Mohammed bin Salman has focused on weaning the kingdom off what he calls "its dangerous addiction to oil." The royal says he wants to diversify the economy and create jobs. The irony is he's having to rely on oil in order to break the oil habit.

At the moment, oil isn't cooperating. Crude oil prices hover around $60 per barrel, but analysts say the kingdom — the world's largest oil exporter — needs it to be at least $80 a barrel in order to balance the national budget and prop up the Crown Prince Mohammed's vision.

That may have been what's behind recent shake-ups in the Saudi oil industry. Over the weekend, King Salman replaced the country's powerful energy minister, Khalid al-Falih, with one of his own sons. The new minister Prince Abdulaziz bin Salman, an older half brother of the crown prince, has held leading posts in the oil industry for three decades and was recently minister of state for energy affairs.

It is the first time a member of the Saudi royal family is in charge of the energy ministry.

It will now be up to Prince Abdulaziz to try to raise international oil prices. That could prove difficult. Prices have stayed lower than the kingdom would like amid excess oil stockpiles, analysts say, despite Saudi Arabia and other oil producers limiting their output.

Higher prices would boost the value of the state-owned oil giant, Saudi Aramco. The crown prince is looking to sell off shares in Aramco, the world's most profitable company, in an initial public offering to help fund his vision for the kingdom and its economy.

The former energy minister, Khalid al-Falih, began to fall from favor more than a week ago when he was replaced as chairman of Saudi Aramco by Yasir al-Rumayyan. Rumayyan is a close ally of the crown prince who for three years has run the country's Public Investment Fund, a sovereign wealth fund with $320 billion worth of assets.

Ellen Wald, the author of Saudi Inc., a history of the Saudi Energy industry and Aramco, says the move to replace Falih with a close associate of the crown prince was widely viewed as a step toward the IPO.

But Wald has concerns about making Rumayyan chairman of Aramco, which has traditionally been run by professional oil men. Rumayyan's background is in finance and Ward says he has made some "very, very controversial investment decisions" during his time at the Public Investment Fund.

"For example, they invest in a lot of startups in America, they're a big investor in the tech scene," that includes ride-hailing company Uber and electric carmaker Tesla, she says. "Many of their investments seem much more like those of a venture capital firm as opposed to a traditional sovereign wealth fund."

The crown prince has been pushing for an IPO of as much as 5% of Aramco. He has put the company's valuation at $2 trillion, although many analysts say the true value is closer to $1.5 trillion, according to The Associated Press. It is expected to be the largest initial public offering in the world.

The IPO is critical to the crown prince's plans for the kingdom, analysts say. The capital from the sale will go into the sovereign wealth fund, run by Rumayyan, to help boost the economy and create new, non-oil sectors.

"The IPO will, he hopes ... raise $100 billion plus for investment in the new Saudi Arabia which the crown prince wants to emerge," says Simon Henderson, a Saudi specialist at the Washington Institute. "There is a degree of concern that what the crown prince wants to invest in are highly imaginative, or rather overimaginative, projects which won't actually change Saudi Arabia in the way that he wants it to."

Henderson says that includes megaprojects such as building a $500 billion futuristic city, called Neom, in a remote northwestern corner of Saudi Arabia.

Examining The Close Ties Between Saudi Arabia And Silicon Valley

Examining The Close Ties Between Saudi Arabia And Silicon Valley

The crown prince announced in 2016 that the IPO could happen as early as 2017. But Saudi Arabia needed to demonstrate fiscal independence between the company and the government, and Aramco needed to prepare its books before going public, says Emily Hawthorne, a Middle East analyst at the geopolitical intelligence company, Stratfor.

"When it comes to selling the kingdom's crown jewels, the Aramco IPO, we've seen again and again that there has been some concern from across the spectrum in Saudi Arabia, within the royal family, and sort of across the technocratic class that they have to move forward with this carefully," Hawthorne says.

She doesn't think there is opposition to the idea, she says, but "it just has to be done incrementally and carefully."

Now there seems to be some momentum to do the IPO by 2020 or 2021, according to Hawthorne. But that will depend largely on the price of oil.