Accessibility links
Critics Of Relocating USDA Research Agencies Point To Brain Drain More than 250 employees have quit, and others are expected to follow suit before the Sept. 30 deadline for reporting to work in the Kansas City area. Critics of the move say research will suffer. 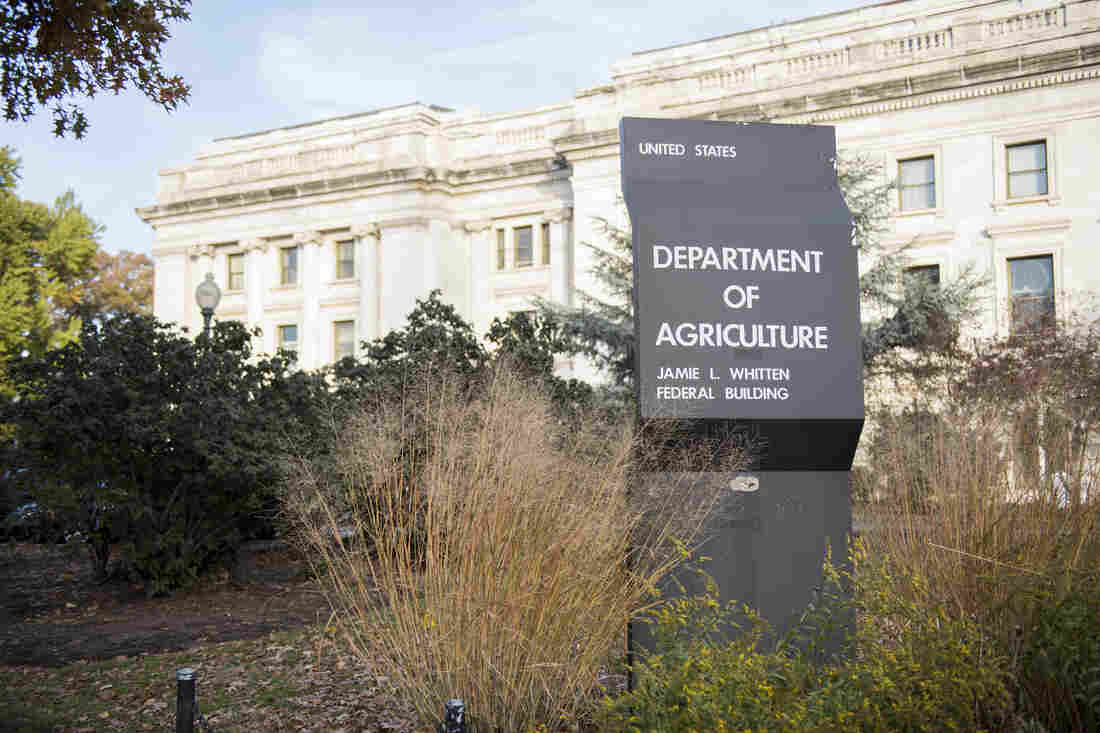 The Trump administration is moving two Department of Agriculture agencies — the National Institute for Food and Agriculture and the Economic Research Service — out of Washington, D.C. Bill Clark/CQ-Roll Call Inc. via Getty Images hide caption 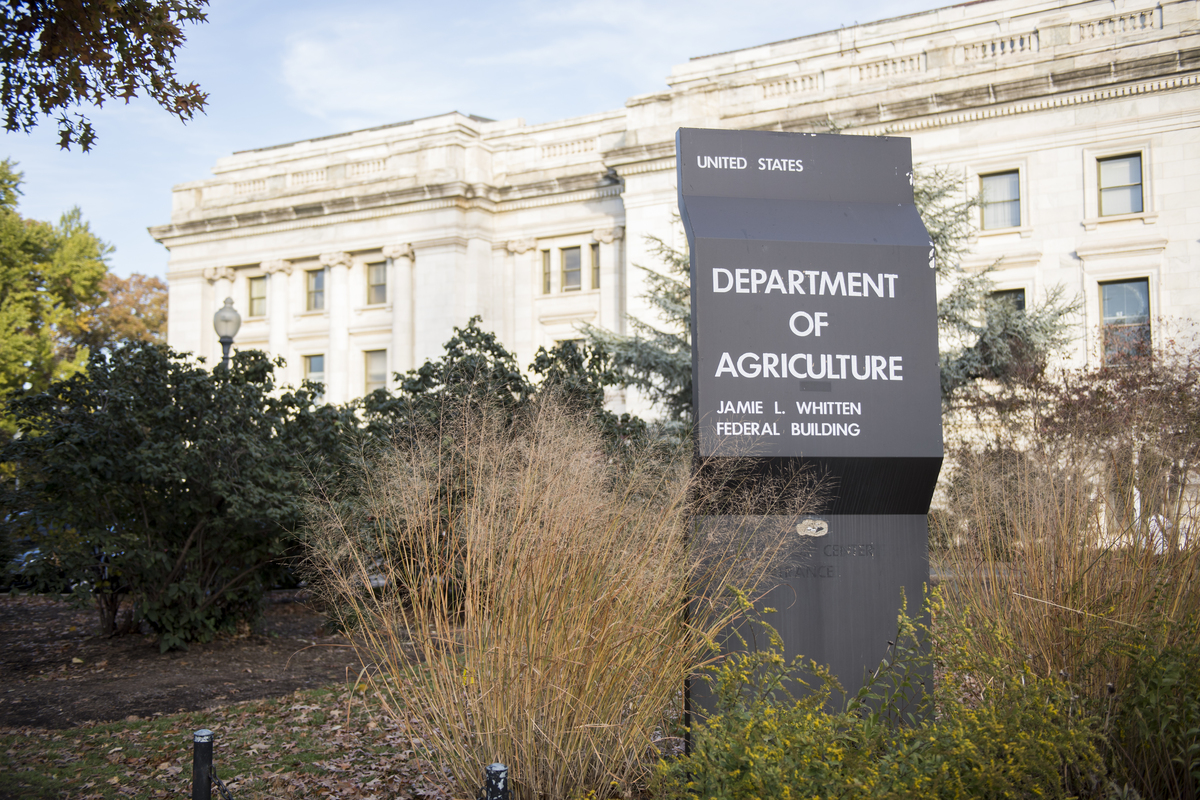 The Trump administration is moving two Department of Agriculture agencies — the National Institute for Food and Agriculture and the Economic Research Service — out of Washington, D.C.

This June the U.S. Department of Agriculture announced its plan to move two of its research agencies out of Washington, D.C., to the Kansas City area. Most of the people working at the agencies have since quit, leaving gaping holes in critical divisions. Researchers warn that the agency upheaval will starve farmers, policymakers and ultimately consumers out of the best possible information about food and the business of growing it.

USDA is taking the Economic Research Service and the National Institute for Food and Agriculture, splitting them up, and moving most of the workforce halfway across the country. ERS tracks the vast, global food production business, and its data drive markets and investments that shape agriculture. NIFA funds agricultural research at universities across the country.

Both agencies are widely considered the best in the world at what they do, but they have also come in for some rough treatment under the Trump administration, according to Laura Dodson, an ERS economist who is also acting vice president of the union representing that agency's employees.

"If you eat, you're involved in agriculture. And this is the government making itself dumber about agriculture," Dodson says.

Rebecca Boehm, an economist with the food and environment program at the Union of Concerned Scientists, says both agencies are under assault.

"This is really about an attack on science and an attack on agencies that produce objective research and information in the public interest," Boehm says.

So when the USDA announced that it would move ERS and NIFA out of Washington, forcing a choice of either relocating — in many cases uprooting families to do it — or keeping their jobs, many in both agencies saw an effort to tear down the agencies.

The union representing them says fewer than 25% of employees facing a move will actually make it. More than 250 ERS and NIFA employees have already quit, and the union expects others to follow before the Sept. 30 deadline for reporting to work in the Kansas City area.

On the other hand, supporters of the move say they see an opportunity to strengthen ERS and NIFA.

Like many farm state congressmen, U.S. Sen. Roy Blunt, R-Mo., has worked to protect funding for ERS and NIFA. He says both agencies do vital work and that moving federal agriculture research to greater Kansas City and potentially to his state makes great sense.

For one thing, office rent and the cost of living are much lower, so USDA could see a cost savings. Kansas City already hosts tens of thousands of federal employees, including thousands working for USDA.

And Blunt says research work already being done in the area complements the agencies' mission.

"Locating [NIFA and ERS in greater Kansas City] within three hours of eight or 10 of the greatest land institutions in the country. There are more plant scientists within 100 miles of St. Louis than anywhere else in the world. The Animal Health Corridor [in greater Kansas City]. ... I think the resources here more than offset any short-term loss in people who were frankly well along in their career anyway," Blunt says.

But scores of highly skilled people with deep knowledge in arcane fields of study can be tough to replace.

"All of that expertise is gone. The people that are left are having to work double duty, triple duty," says Tom Bewick, a national program leader at NIFA and one of the few making the move to Kansas City. His wife will stay to put to keep her job in Virginia, and he'll take a $5,000 pay cut.

"A number of us have decided that we're going to, uh, accept the relocation to make sure that NIFA's legacy as this preeminent science organization is not completely lost," Bewick says.

Meantime, the USDA is struggling to fill hundreds of open jobs. It's also offering recent retirees half their previous salary to become temps. The Economic Research Service is shedding projects. Research funding may be delayed, even canceled. And agency supporters say it will take years to rebuild the government's agricultural research agencies.

A previous version of this story misspelled Tom Bewick's last name as Brewick.