Accessibility links
House To Advance Gun Control Bills, As White House Position Remains Murky The bills being considered by the U.S. House would limit access to high-capacity gun magazines and block any person convicted of a hate crime from obtaining a firearm. 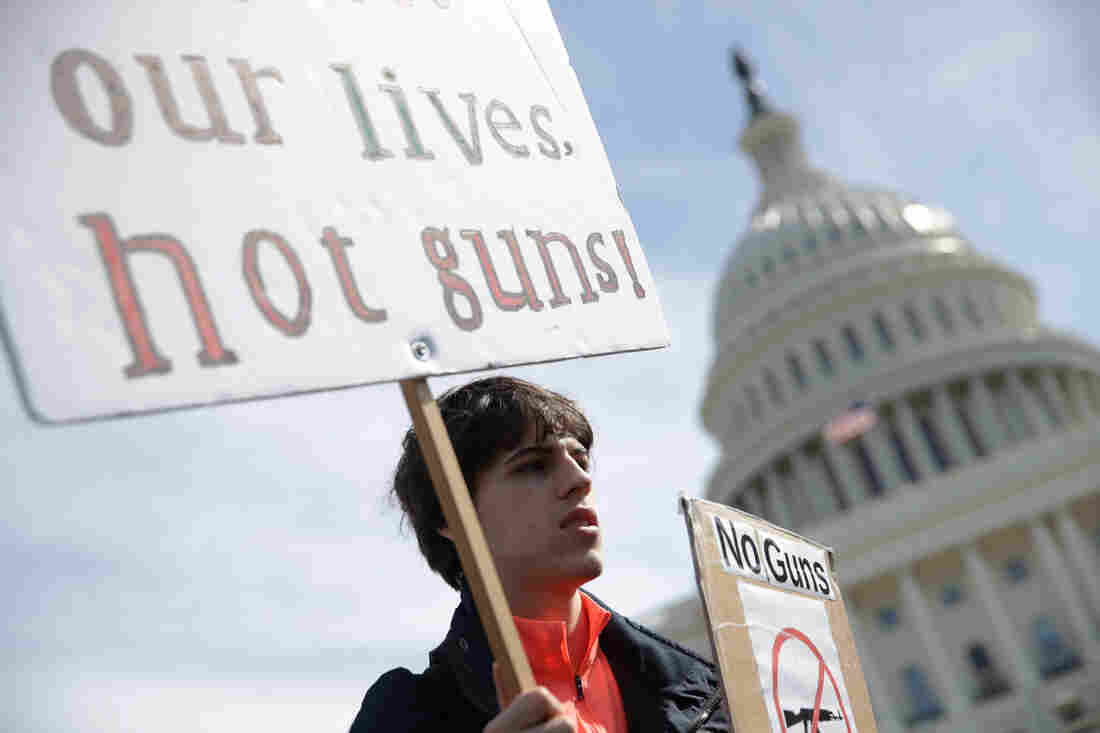 A high school student participates in a gun control rally in front of the U.S. Capitol in March. The U.S. House is taking up gun control measures after recent mass shootings, but it's not clear what the Senate or President Trump will accept. Alex Wong/Getty Images hide caption 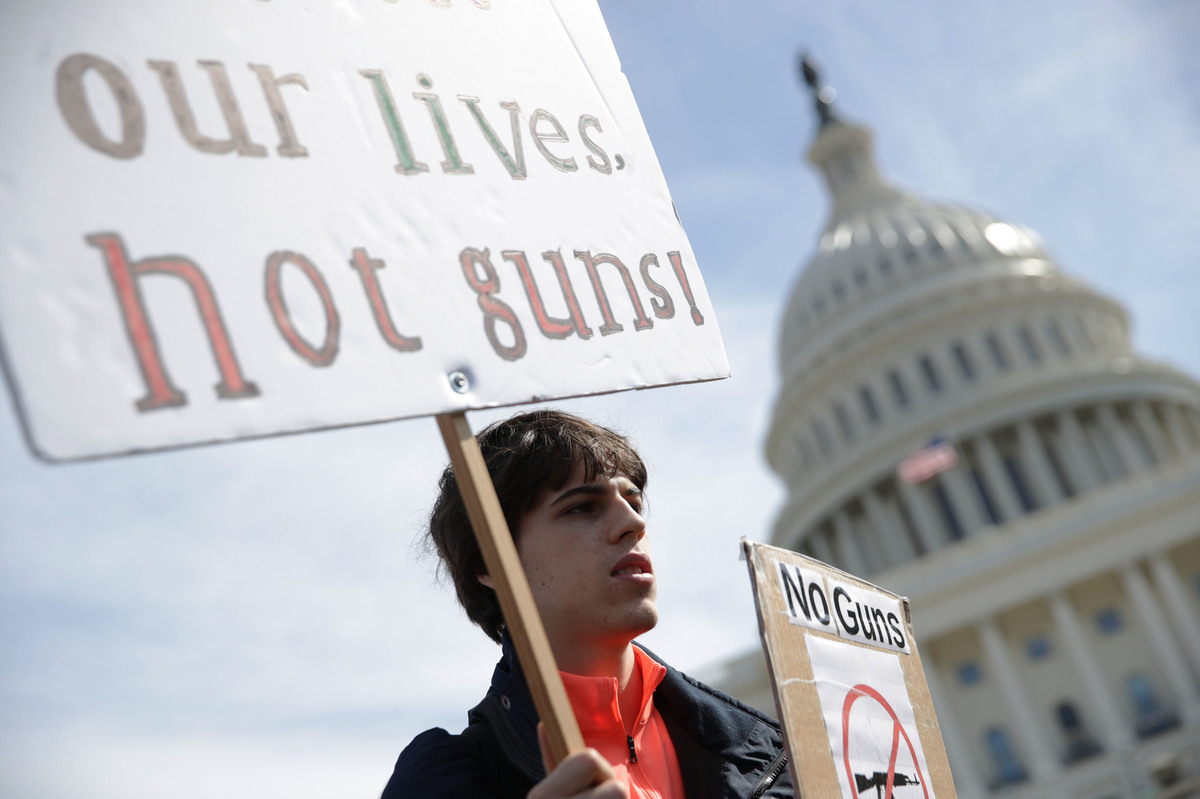 A high school student participates in a gun control rally in front of the U.S. Capitol in March. The U.S. House is taking up gun control measures after recent mass shootings, but it's not clear what the Senate or President Trump will accept.

A House committee will take up legislation on Tuesday aimed at preventing mass shootings, as lawmakers and the White House move to respond to a recent spate of attacks across the country.

The bills being considered by the House Judiciary Committee include measures that would limit access to high-capacity gun magazines and block any person convicted of a hate crime from obtaining a firearm.

Another measure under consideration would provide incentives for states to adopt policies for extreme risk protection orders, also known as "red flag" laws, to allow the government to temporarily bar someone in crisis from obtaining guns.

While the House is moving forward on these bills, it's unclear what legislation may come up for a vote in the Republican-controlled Senate. Senate Majority Leader Mitch McConnell has made clear that he will not hold any votes on the issue until President Trump outlines what he will support.

So far, Trump has called for action but has not publicly identified what policies he would back. The absence of detail has created frustration for some of his allies in the Senate.

"The president needs to step up here and set some guidelines for what he would do," said Sen. Roy Blunt, R-Mo., on NBC's Meet The Press on Sunday.

The White House has been meeting with members of Congress and those affected by mass shootings to gather feedback on next steps.

"We hope the president can take the lead," said Tony Montalto, president of Stand with Parkland, which is calling for more to be done to prevent these tragedies.

Montalto's 14-year-old daughter, Gina, was killed in the 2018 shooting at Marjory Stoneman Douglas High School in Parkland, Fla. He and other family members affected by the shooting visited the White House at the end of August to discuss next steps.

"This is clearly a time for statesmanship not partisanship. We need all our congressional leaders to work together for the good of Americans and help make us safer," Montalto said.

He said background checks and federal support for red flag laws were both discussed during their meeting.

But in recent weeks, Trump has talked more about the need to address mental health issues and raised concerns about the effectiveness of universal background checks.

"We have to protect our Second Amendment very strongly," Trump told reporters on Monday, when asked about gun control.

The White House says that various measures are being weighed at this point.

Max Schachter attended the August White House meeting. His son, Alex, was killed in the Parkland shooting. He said he was told that the White House wants to do something substantial.

Democrats in Congress are saying that they do not plan to give up on pushing for gun control measures.

"We are not taking no for an answer. We are not going away," House Speaker Nancy Pelosi, D-Calif., vowed at a news conference on Monday.

Senate Minority Leader Chuck Schumer, D-N.Y., said he's spoken to the president several times in the past month and "he's all over the lot" on the gun issue. He argued that the public support for new gun control measures means "it's a different era" from previous times when Congress failed to advance any legislation.