Accessibility links
U.K. Parliament Recesses As Boris Johnson Reels From String Of Defeats Lawmakers barred the prime minister from pursuing a no-deal Brexit, then rejected his bid to call early elections. Now, as Parliament begins a suspension he requested, Johnson is in a tight spot. 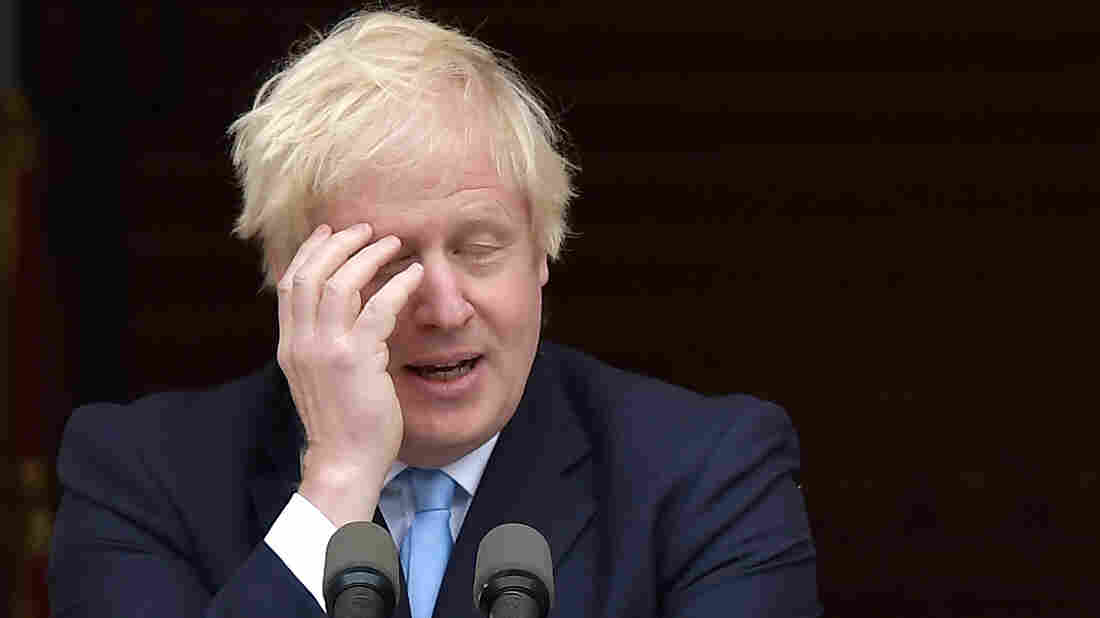 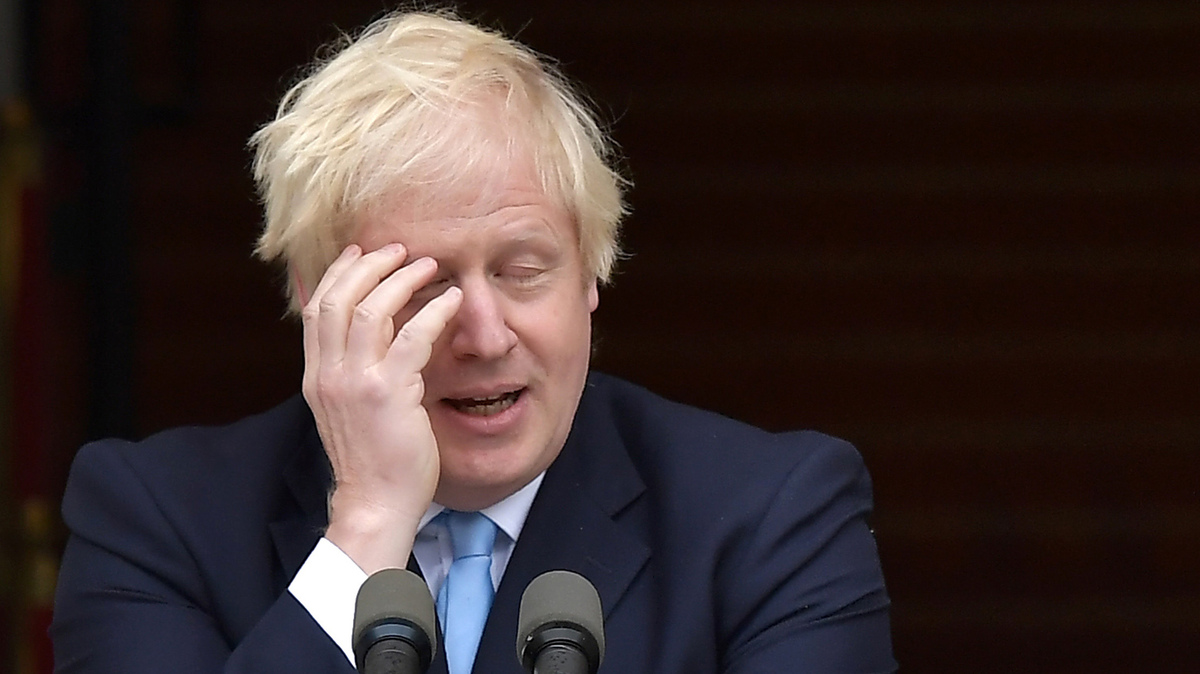 British Prime Minister Boris Johnson, seen at a joint news conference Monday with Irish Taoiseach Leo Varadkar in Dublin. Johnson has suffered a rough couple of weeks, as lawmakers scuttled first his attempt to maintain a hard Brexit deadline — then, his attempt to call a snap general election.

The bad days just keep on coming for Boris Johnson.

On Monday, less than a week after lawmakers roundly rejected the British prime minister's plan to leave the European Union with or without a deal, Johnson's fallback plan suffered much the same fate: Members of Parliament voted a second time to shoot down his call for an early general election, sending his political fortunes staggering as the lawmaking body embarks on a five-week suspension.

Beginning Tuesday, Parliament is out of session until Oct. 14. The legislative recess, which Johnson requested late last month, means lawmakers will return to work with precious little time before the Oct. 31 deadline to leave the EU — though now that Parliament has enacted a law forcing him to ask the EU for a delay if there's no deal in place, it's unclear just how likely it is they'll make that deadline.

In the meantime, Johnson has plenty to stew on.

In the past week, a defection cost his Conservative-led coalition its working majority in Parliament; lawmakers — including 21 of his fellow Conservatives — voted down his bid to plow ahead with Brexit; his own brother, Jo Johnson, stepped down from Parliament, citing a tension "between family loyalty and the national interest"; and his secretary of state for work and pensions, Amber Rudd, resigned from his cabinet and lambasted his punitive expulsion from party membership of Conservatives who had voted against him as "an assault on decency and democracy."

The string of stinging defeats was capped Monday with his failure to obtain the votes necessary to call a snap election next month. He had hoped that positive polls promised a big victory in the election, which would allow him to shore up his support in Parliament. But to call that election, he needed the approval of two-thirds of lawmakers, or more than 430 votes. Instead, he got just 293.

"I want an election, we're eager for an election, but as keen as we are, we are not prepared to inflict the disaster of a no-deal on our communities, our jobs, our services, or indeed our rights," said Johnson's counterpart in the opposition, Labour Party leader Jeremy Corbyn.

Now, Johnson is faced with a teeming array of angry lawmakers, many of whom have vehemently objected to his controversial decision to suspend Parliament. In the final chaotic moments before their formal departure Tuesday, some members of the body displayed their displeasure on the chamber floor with signs reading "Silenced."

The speaker of the House of Commons, John Bercow, criticized the move to suspend Parliament, as well.

"It is not typical," said Bercow, who stunned the House of Commons by announcing his decision to step down Oct. 31 after 10 years as speaker. "It is not standard. It's one of the longest for decades and it represents — not just in the minds of many colleagues, but huge numbers of people outside — an act of executive fiat."

It is unclear how Johnson plans to proceed at this point. Despite the law against a no-deal Brexit, he has made quite clear he has no intention of requesting another delay from the EU. In fact, last week he outright vowed that he would not do so, telling reporters that he'd rather be "dead in a ditch."

If Johnson follows through on that pledge, another showdown with Parliament — as well as a legal challenge — could be in the offing. Several lawmakers have already warned him against it.

"Be careful," Ian Blackford, leader of the opposition Scottish National Party, told Johnson. "You occupy the highest office in the land. And what you're demonstrating to the people of the United Kingdom is that the law doesn't matter."