Accessibility links
'Queer Eye' Fashion Expert Tan France On Why He Almost Didn't Audition "The thought of being one of the very first openly gay South Asian men on a major show. ... That pressure was so hard to handle," France says of his role on the Netflix makeover series. 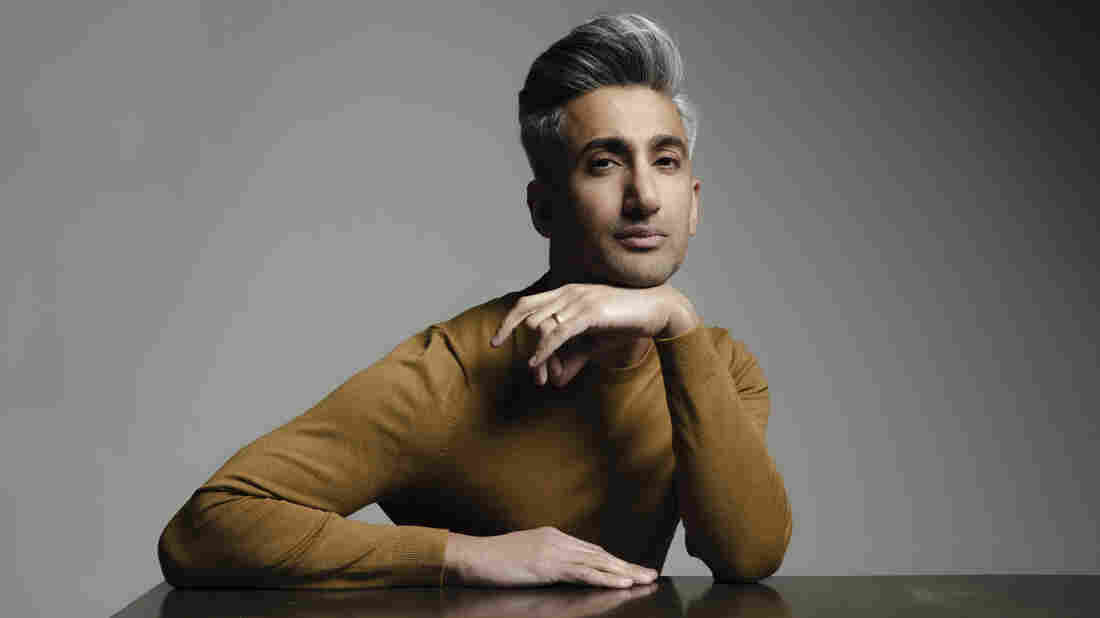 Tan France is the fashion expert on the makeover show Queer Eye, but he initially had misgivings about joining the show. "I didn't want to become famous," he says. "That wasn't really the life for me and ... I wasn't necessarily about making things pretty." Marcus Macdonald/St. Martin's Press hide caption 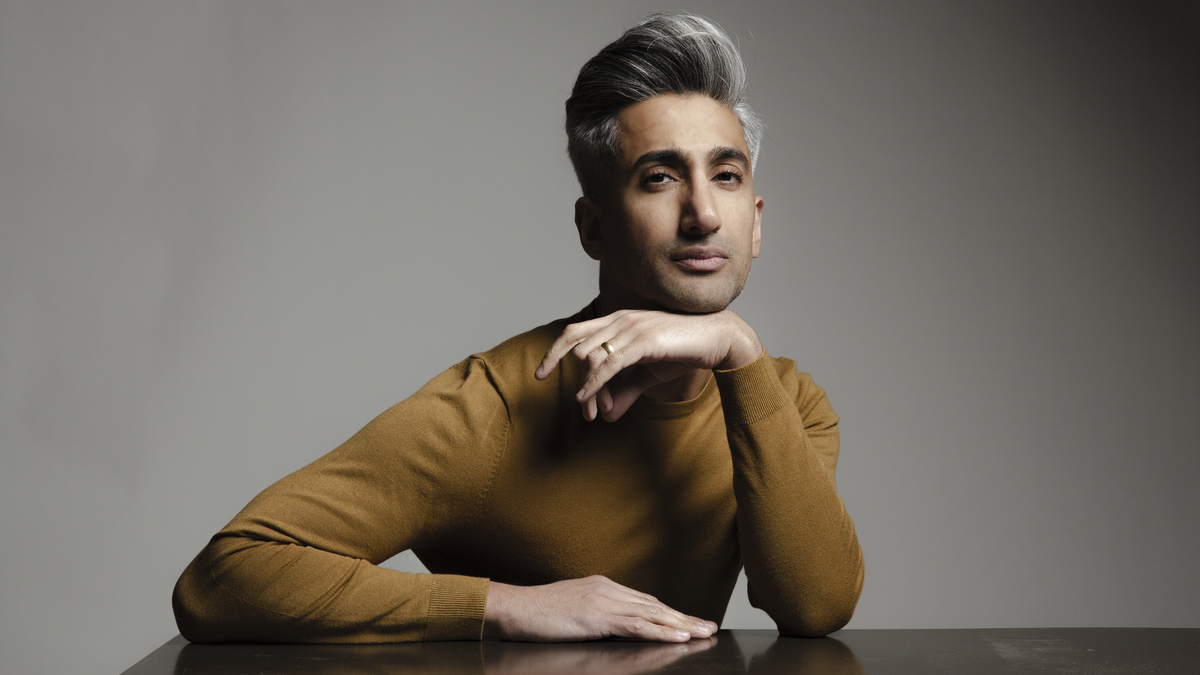 Tan France is the fashion expert on the makeover show Queer Eye, but he initially had misgivings about joining the show. "I didn't want to become famous," he says. "That wasn't really the life for me and ... I wasn't necessarily about making things pretty."

When fashion designer Tan France got the call to audition for the Netflix makeover series Queer Eye, his initial reaction was to say no. France, the gay son of Pakistani Muslim immigrants, didn't want to take on the burden of representing his community — especially on television.

But then France began to reflect on the racism he had experienced throughout his life. Growing up in a small town in England, bullies slapped him in the face, punched him in the gut and called him racist slurs. After the terrorist attacks of Sept. 11, 2001, he was harassed and called a "terrorist" on the street. He is still routinely questioned by the Transportation Security Administration when he travels.

As France thought about these experiences, he began to reconsider auditioning for Queer Eye: "I could have an opportunity to change the narrative for my people," he says. "And so that's why I decided to take the actual audition. ... I've got to continue to show that Pakistanis are wonderful people, that we are caring people."

France reflects on his childhood, his career in fashion and his role on Queer Eye in his new memoir, Naturally Tan. 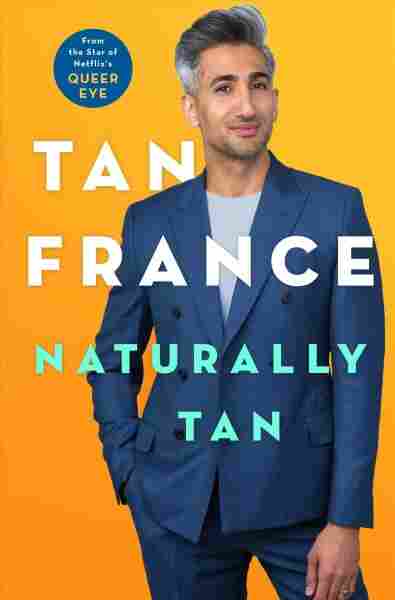 On growing up Pakistani in the U.K. and being bullied as a kid

At the age of 5 or 6, when you get hit for your skin color, it makes no sense, because you don't see that as a problem. Violence was ever present in my life. That was something I never escaped. I just saw it as normal. ... I remember saying this to my husband, that I was never bullied as a kid, and then I would talk about my childhood and he was like, "You've said you haven't been bullied, but that absolutely is bullying!" The strange thing is, we never saw it as bullying. It was just a matter of fact. ... I don't think anyone ever noticed [I was gay]. I think that they were just so consumed with my color that they just seemed to lose sight of the fact that I was also homosexual.

They were making denim [with] Disney prints on them, and so I was able to experience Western clothing like most South Asian kids will never have the luxury of doing. I was able to see how a piece of fabric turns into a garment that you will actually wear, and so I was privy to the ins and outs of the process. And at the end of that process I got to keep some of those things that were slightly off — like a stitch was wrong or a color was off — those things I got to keep. So I was able to experiment with clothes more so than most people. Even though I wasn't allowed to wear it around the house, I was still exposed to that.

On experiencing racism after the Sept. 11 attacks

I saw the planes going into the towers over and over again on the news, and I felt immediate dread, because it was so clear what the message was: that it's Muslims. There was a lot of talk about Pakistan and Afghanistan. I'd already experienced 17 years of racism for being Pakistani, and the interesting thing was, I looked around the room at the other Pakistani people — and there weren't that many — and every one of us had the exact same look of complete dread, like, "Oh no, we're going to pay for this." And it happened immediately.

I had built up these three businesses that, thankfully, were doing incredibly well. But the production was getting more and more problematic, and the thought of continuing on with that was just too much to handle. And so I got really depressed. ... I never experienced that before. I don't suffer bouts of depression. I'm one of the most positive people I know. I always can see a way out of a situation and how to get out of a situation to make myself happy again. But with that I couldn't see a time when I was going to be happy in business. So I started to really think of how I could solve the problem. It wasn't really solving the problem; it was just getting out of the situation and getting out of life.

And so I had a moment one day. ... On my way home from work, I called my husband, and I told him that I need him to talk to me and help me. I feel like I want to drive off this bridge, and I'm almost positive I'm going to do this if he's not there for me. He's wonderful. He's an angel sent down from heaven, and he talked me through it and urged me to just get home as soon as possible. He was going to leave work and come home to make sure I was OK, and then when I got home, his answer was simple. It was just, "Let them go. You don't have anything to prove."

I've always been the kind of person my whole life that has felt I have something to prove and ... I know it's because of my childhood and the amount of abuse we suffered and I suffered, that I've always felt like I had to prove something, and I feel that even to this day.

I've always been the kind of person my whole life that has felt I have something to prove and ... I know it's because of my childhood and the amount of abuse we suffered and I suffered, that I've always felt like I had to prove something, and I feel that even to this day. Every day when I get out of bed and I work as hard as I do, it's to prove my worth. And so he said, "You don't have to prove yourself in this business anymore. You've made it. Your businesses are successful. Your plan was to always sell them maybe 20 years from now, but sell them now, get rid of them — we don't need any more money." And so I did.

On telling his Muslim family he was marrying a man

My dad died when I was young. He died just before I was 14 and I wasn't out at the time, so he never would have known that I had desires to marry a man. My mom, when I told her, my mom is quite liberal — she practices her religion, but she's quite liberal and ... is quite docile. She just wants to keep the peace and go with the flow, and as long as everyone's happy she's fine. And so that was the case with me. I told her that I was marrying a man; she was like OK. ... There was never a fight about it. There was never really a discussion really about it. She was just so matter-of-fact about it and has been ever since.

And so it was quite easy for me. ... The fact that she had a love marriage [with my father], she [too] had gone against our cultural norms, which back in the day — this was in the '70s — was shocking, absolutely shocking. She was probably one of the very few people in her community, if not in her extended family, who would have had a love marriage. And so I think that that probably made it easier for her to understand.

On his initial reluctance to join the Queer Eye cast 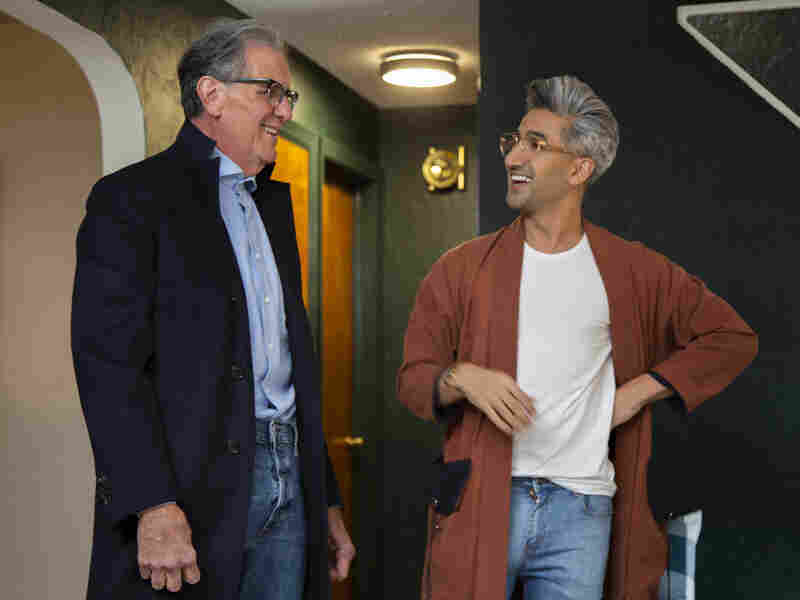 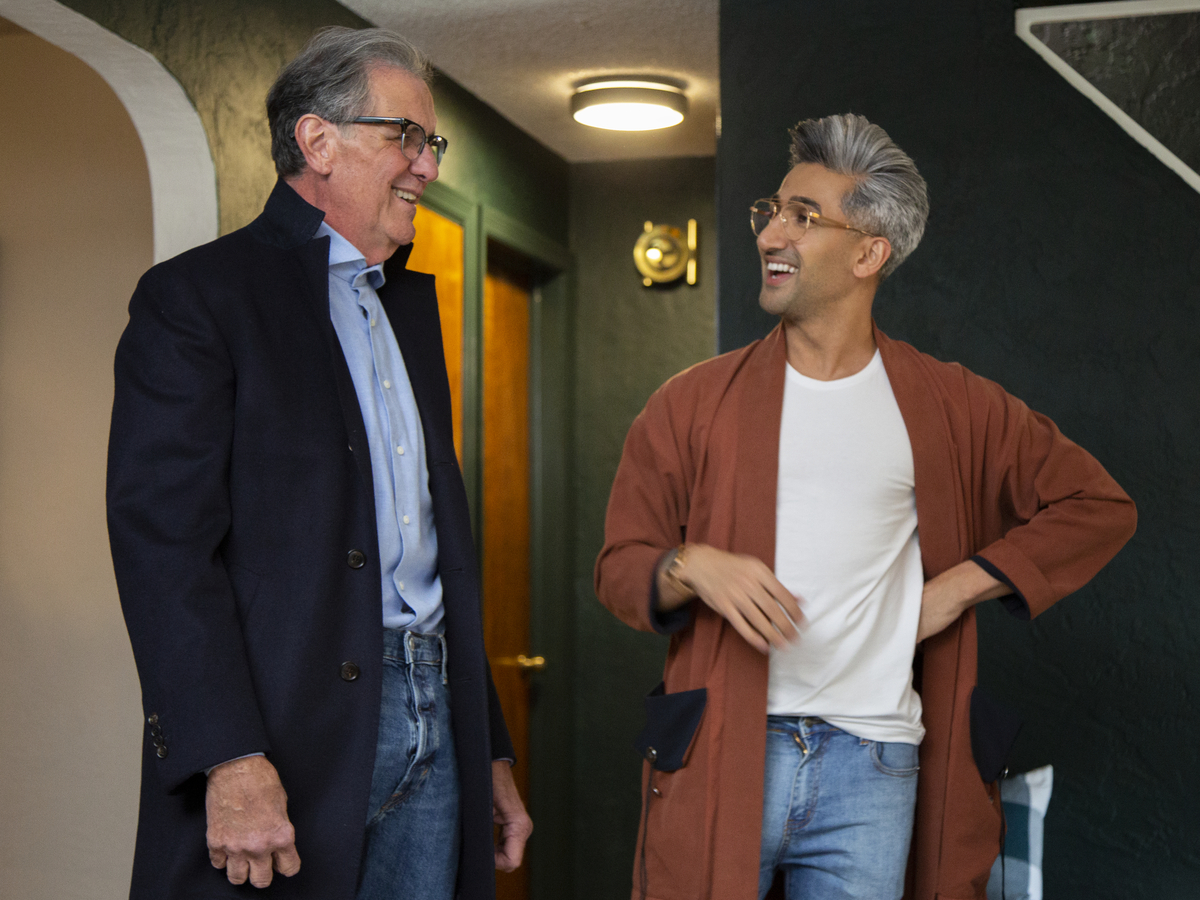 I was worried about the people that I know and love being attacked by people within our community. I wasn't concerned about what Caucasian people might think of it, necessarily. It was what my own people would think of it, that they would be concerned that my family have a gay man who's very openly gay, very unabashedly gay, so publicly. ... In our culture you don't represent yourself; you represent your family. And as far as my culture is concerned, when you are ... "sinning" in their eyes, you are bringing shame to your community.

On how doing Queer Eye has pushed his personal boundaries

Being around Jonathan Van Ness changed my boundaries! ... I was always very, very much Westernized, but I've become more so with the things I will discuss. I was always quite foul mouthed. I've always been foul mouthed. And that's just very typically English, especially in working-class culture, and my parents were definitely working class. ... I have become more vulgar now, because ... that's the humor on set. We're just a silly, playful bunch.

And actually I love that side of me now that's able to just be free and talk about things that people are really going through. I was quite guarded before. ... All the [Queer Eye] boys will say I'm the most bounded person they know. If I don't want something to happen, if I do not want something discussed, if I do not want to be close, I will make it very clear. I set my intentions with people very clearly, very quickly, very early on. And that's something that's quite rare for Americans, I think. ...

Please know that this is my personal opinion, but being foreign here in the U.S., I found that Americans are quite passive-aggressive when it comes to setting their true intentions when they first meet friends. But the British culture, we were a lot more open about what we will accept or not accept from our friends and family, and so I think that's quite jarring for the boys. So I've taught them my boundaries, but they've also pushed them, and the parts that have been pushed are for the better, as far as I'm concerned.