Accessibility links
Antonio Brown Accused Of Rape In Federal Lawsuit On Tuesday, a former trainer accused Brown of sexual assault and rape in a federal lawsuit filed in Florida. The embattled wide receiver has denied the allegations. 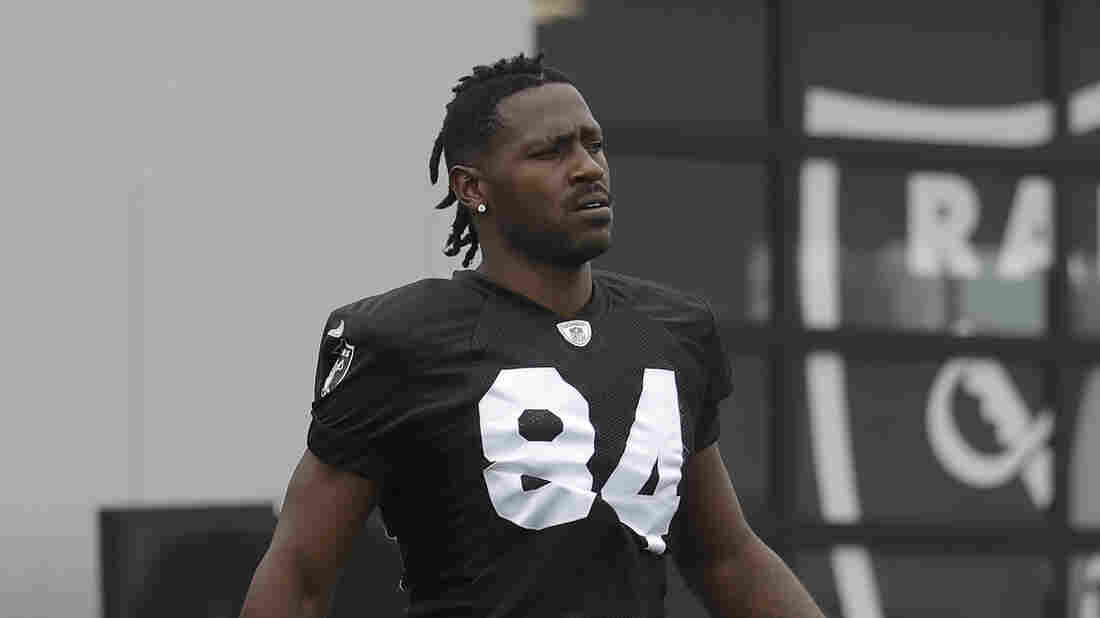 Wide receiver Antonio Brown was sued in federal court by his former trainer who claims Brown sexually assaulted and raped her. As the NFL investigates, the Patriots say they are standing by Brown. Jeff Chiu/AP hide caption 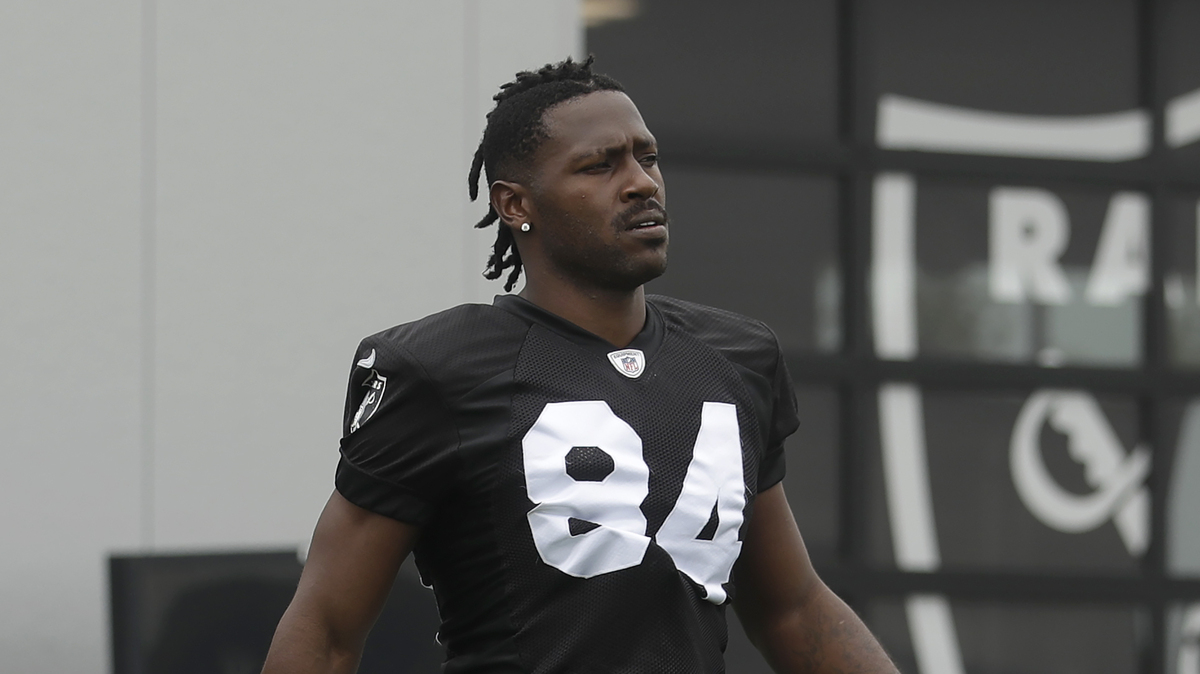 Wide receiver Antonio Brown was sued in federal court by his former trainer who claims Brown sexually assaulted and raped her. As the NFL investigates, the Patriots say they are standing by Brown.

Embattled Patriots wide receiver Antonio Brown is expected to practice with the team on Wednesday, a day after Brown's former trainer accused him of rape in a federal lawsuit.

In a combative press conference, Patriots coach Bill Belichick said the accusations "are what they are" and that "I won't be entering into a discussion about that right now," adding that the team is taking the latest controversy involving Brown "one day at a time."

Brown's future was thrown further into question on Wednesday after news reports that the NFL is considering whether to place the star wide-receiver on leave in light of the lawsuit. The Washington Post first reported that the NFL is giving "serious condition" to making Brown ineligible to play.

Brown has not been charged with any crime.

His lawyer, Darren Heitner, released a statement denying the accusations against his client. "Mr. Brown denies each and every allegation in the lawsuit. He will pursue all legal remedies to not only clear his name, but to also protect other professional athletes against false accusations," Heitner said.

On Tuesday, a former trainer accused Brown of sexual assault and rape in a federal lawsuit filed in the U.S. District Court for the Southern District of Florida, where Brown resides.

In the suit, Britney Taylor, 28, says she met Brown when they both attended Central Michigan University and were bible study partners. Brown transferred to Louisiana State University, but the two kept in communication.

According to the suit, Brown messaged Taylor, who runs a gymnastics training center in Memphis, on Facebook and asked her to assist him with "improving flexibility and strength in his ankles and fast twist muscles," and that she agreed to help.

In June 2017, when the two were in one of Brown's houses in the Pittsburgh area, Brown exposed himself to Taylor and then forcibly kissed her, according to the lawsuit. Taylor "willed herself to brush off the episode," her lawyers say in the complaint.

The suit describes a subsequent episode when the two were streaming a church service at Brown's home in Miami and the all-star wide receiver allegedly masturbated behind Taylor without her knowing. The suit contains degrading messages allegedly sent by Brown bragging about the incident.

The suit says Taylor ended contact with Brown but that he reached out months later, apologizing for his actions and asking her to train him again during off-season weekends. She agreed under the conditions that he not make advances on her and that he provide her with a private hotel room.

In May 2018, the lawsuit says, Brown invited her to a club in Miami with friends. Afterward, Taylor drove Brown and a friend back to Brown's house and went to use the restroom. Brown allegedly then pulled her into his bedroom and raped her. The suit says Taylor pleaded with him to stop, saying "no" and "stop," but that Brown refused.

Taylor talked about the alleged rape and the two other incidents with her mother, Brown's chef and a member of her church, according to the lawsuit.

"Brown preyed on Ms. Taylor's kindness and her religious devotion, casting himself as a person equally dedicated to his religious faith and someone she could trust. In reality, he used manipulation and false promises to lure her into his world, and once there, he sexually assaulted and raped her," wrote Taylor's lawyer, David Haas.

Brown said through his attorney that the relationship with Taylor was consensual.

"Mr. Brown, whose hard work and dedication to his craft has allowed him to rise to the top of his profession, refuses to be the victim of what he believes to be a money grab," Heitner says.

Heitner says that prior to the alleged rape, Taylor reached out to Brown about a $1.6 million investment in a business project and that Brown turned it down.

A spokesman for the NFL declined to comment on the lawsuit. The Patriots said in a statement Wednesday that the team takes the allegations "very seriously," saying the NFL has told them league officials will be investigating.

Brown is no stranger to controversy. He clashed with the NFL over regulations that would not allow him to use his preferred helmet.

Just last week, when he was with the Oakland Raiders, Brown recorded a conversation with coach Jon Gruden and posted it on YouTube. On Saturday, the Raiders voided a multimillion-dollar contract with the wide receiver and released him.

He was snapped up by the New England Patriots days later. He has yet to play a game with the Patriots.