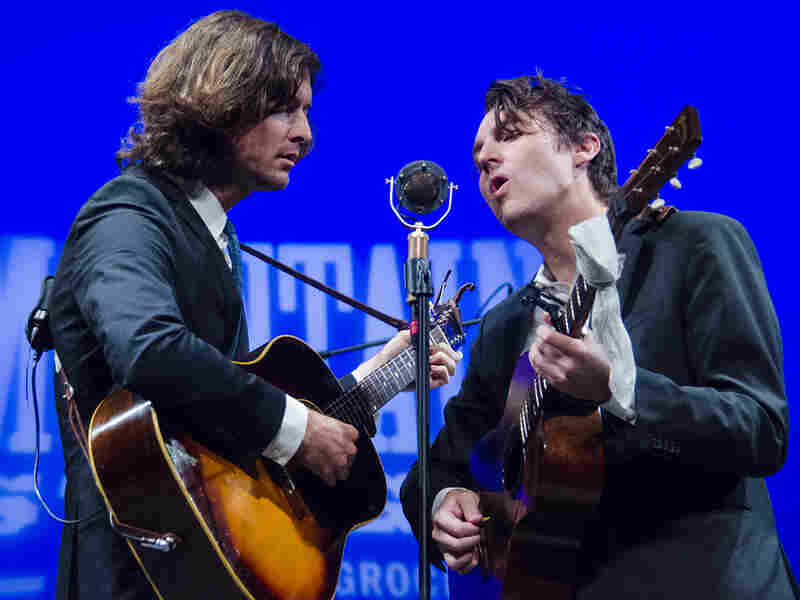 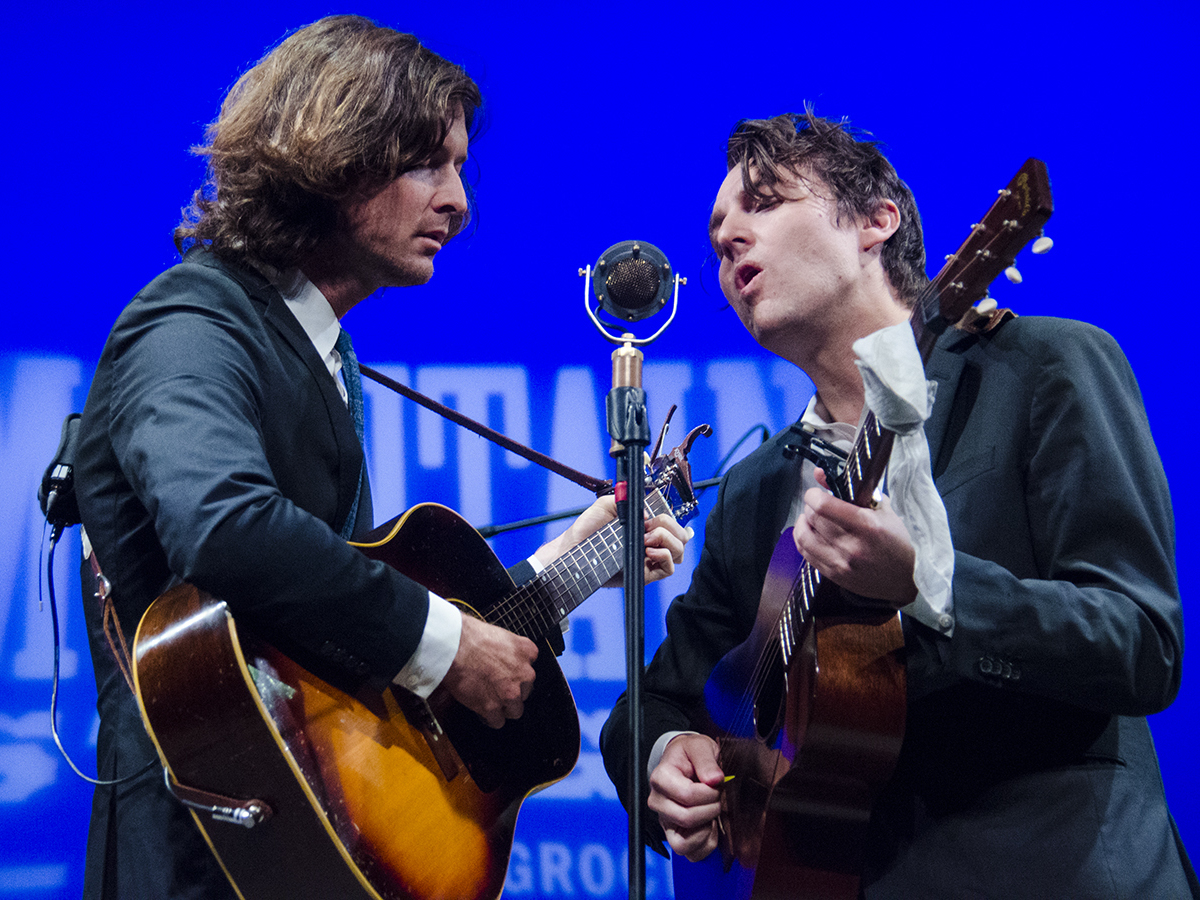 Playing 1950s guitars — Pattengale actually just got a new Martin signature guitar named for him in July — and singing like 1970s Simon and Garfunkel procreating with Crosby and Stills, The Milk Carton Kids are kids no longer. With life's heavy saddle, the members rode into songs about vanishing youth, "Younger Years" and "Mourning in America," a song about social and political despair, "Hope of a Lifetime" that Kenneth wrote about a break up, and the devastating power and beauty of "Sea of Roses," which Kenneth wrote about his recent (and successful) bout with cancer during the making of their record.

On "Sea of Roses," Kenneth sings alone before Joey brings harmony and comfort to a man pleading to the universe to not to have to die alone. "I lose sleep at night like a young man losing the fight of his young life."

There's also treasure between songs. Armed with their own unique and awkward desert-dry wit, they show why they've been twice tapped to host the annual Americana Music Association's Honors & Awards, and why they have become the genre's most endearing export.

The Milk Carton Kids' latest album, The Only Ones, is due for release Oct. 18 on the band's Milk Carton Records in partnership with Thirty Tigers. The band is playing across the U.S. this fall on the "A Night with the Milk Carton Kids in Very Small Venues at Very Low Ticket Prices Tour," before heading to the U.K. in Jan. 2020.