Accessibility links
Firefighter Identified 18 Years After September 11 Attacks More of Michael Haub's remains were identified last week, and family and friends gathered in New York City to honor him at a memorial service on Tuesday. 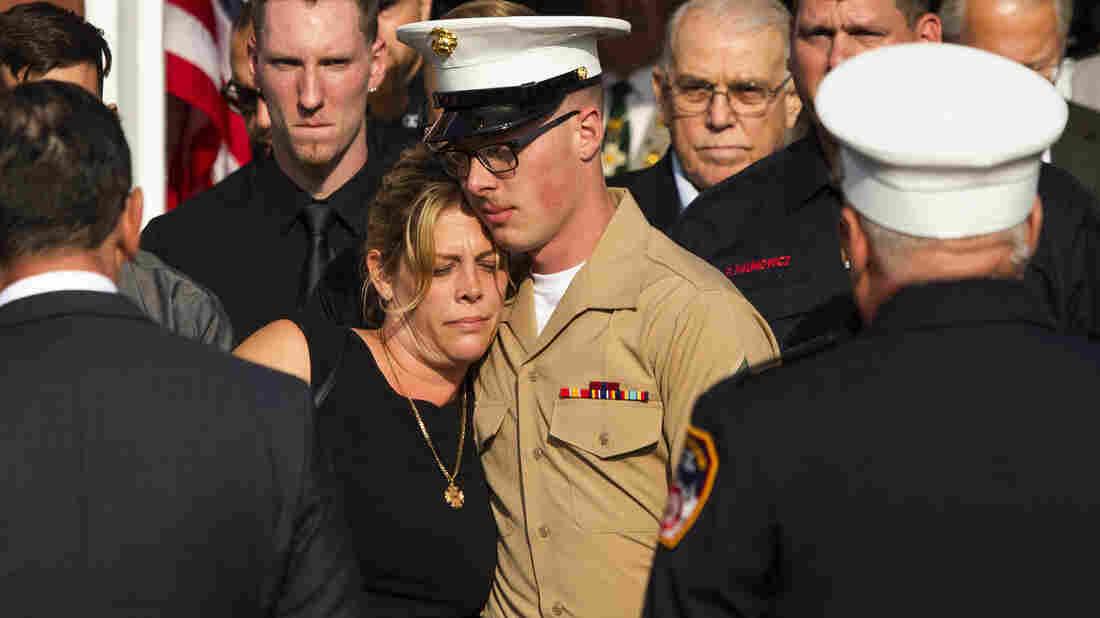 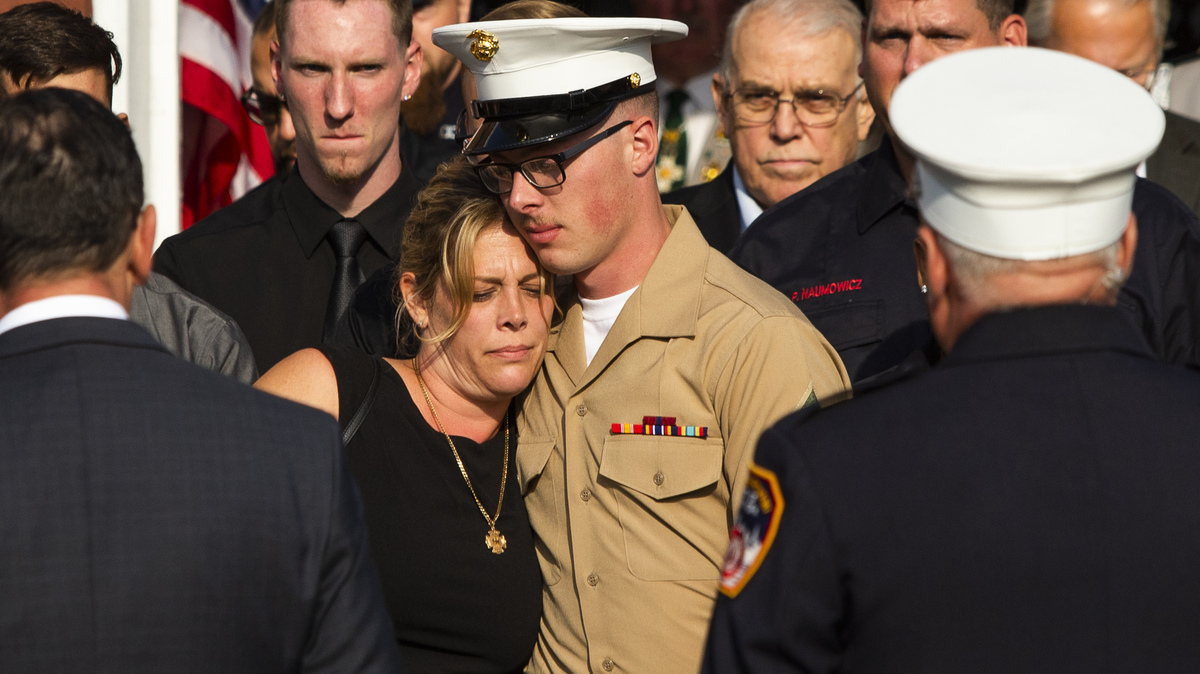 Among those attending the ceremony was 53-year-old firefighter Andrew Mulchinski.

"Mike was the kind of guy who would give you the shirt off his back. He would do anything for anybody, whether he knew you or not," Mulchinski says.

The two were volunteer firefighters together at the Roslyn Highlands Fire Department in Long Island, New York.

By 2001, Haub had joined the New York Fire Department. He died after responding to the attacks on the World Trade Center. More of his remains were identified last week by the New York City medical examiner's office. Haub's family and friends honored him in March 2002 with a memorial service, and again on Tuesday.

He says the suddenness and shock of the attacks is still jarring for him. "You know you got up and went to work this morning, as we all did on September 11th, expecting to come home to your family that night," he told NPR.

Haub's remains were part of 22,000 recovered from the World Trade Center site. Mark Desire is the Assistant Director of the Medical Examiner's Department of Forensic Biology. Desire has been working to identify the remains since the attacks took place. "We have not identified 40 percent of those victims — so 1,109 have yet to be identified," Desire says.

As the painstaking process continues, Mulchinski says for his friends' families, the memory of their husband, father and son is still fresh. "9/11 lives on in them every single day. There's not a day that goes by that they don't think about their loved ones, and reflect on them. So 9/11 wasn't just a one-day event for them as it may be for others," Mulchinski told NPR.

He says Haub would not have regretted responding to the trade center attacks that day.

"Mike basically lived a life of service, serving people," Mulchinski said. "We all know that there was no place else that he wanted to be, regardless of whether he was going to lose his life that day or not, he wanted to be there."