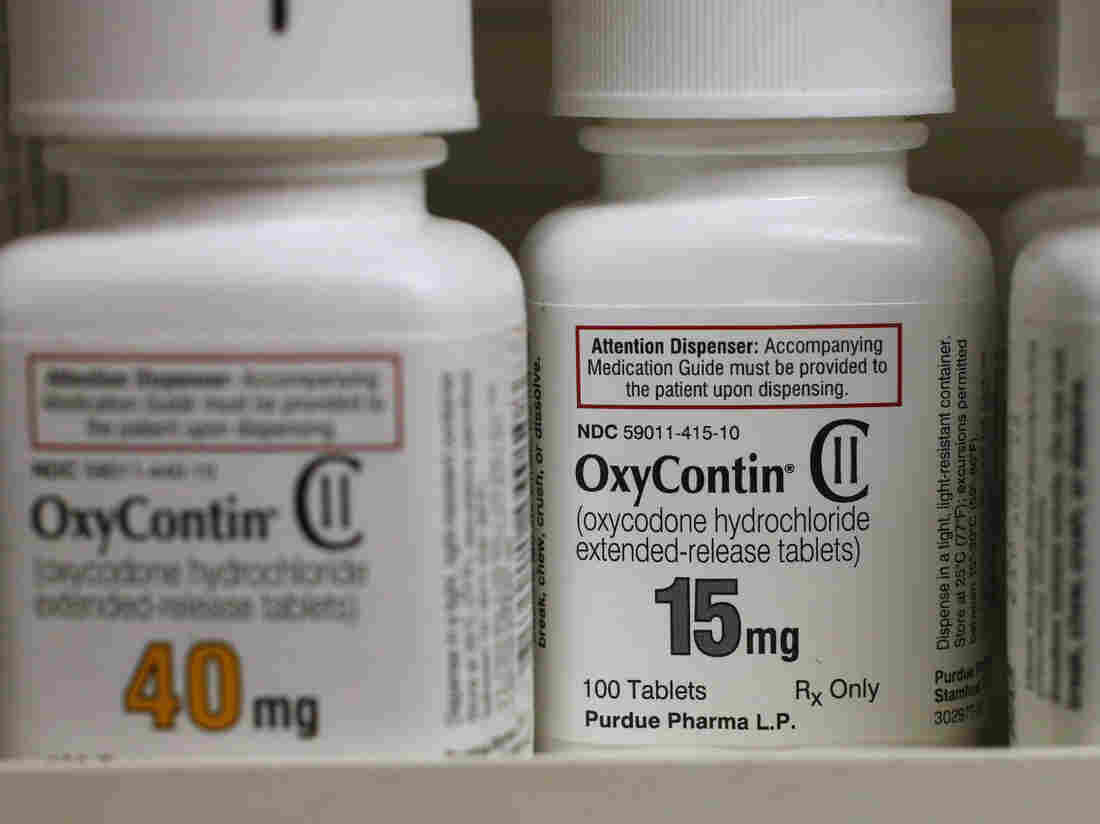 Purdue Pharma, owned by members of the Sackler family, has tentatively struck a deal that would settle thousands of lawsuit brought by municipal and state governments alleging that the drug maker helped fuel the country's deadly opioid crisis. George Frey/Bloomberg via Getty Images hide caption 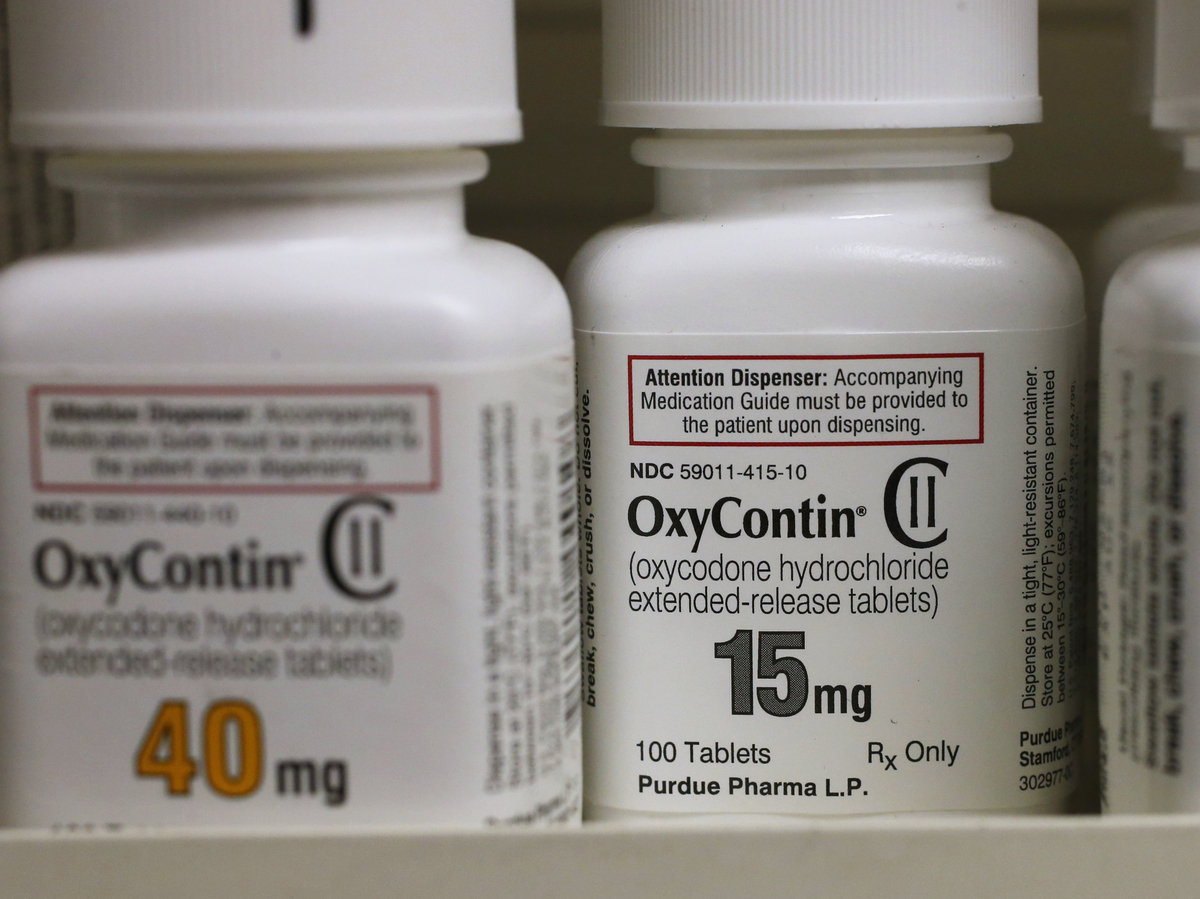 Purdue Pharma, owned by members of the Sackler family, has tentatively struck a deal that would settle thousands of lawsuit brought by municipal and state governments alleging that the drug maker helped fuel the country's deadly opioid crisis.

Purdue Pharma, the maker of the opioid drug OxyContin, has reached a tentative deal worth billions of dollars that would resolve thousands of lawsuits brought by municipal and state governments who sued the company for allegedly helping to fuel the opioid crisis.

The pending settlement likely means Purdue will avoid going to trial in the sprawling and complicated case involving some 2,300 local governments across 23 states.

Lawyer Paul Farrell, one of the lead attorneys representing more than 2,000 local governments that have filed suit against Purdue, said the Sackler family, which owns the privately-held drug company, will pay roughly $3 billion dollars in cash over several years and relinquish control of the company.

Details of the deal ⁠— like how the money will be divvied up — are still being worked out. The settlement, if enacted, would mean Purdue will file for bankruptcy and divest from pharmaceutical holdings worldwide.

"Which means the people who were front and center in causing this epidemic, in my view, won't be able to go out and repeat their playbook in Asia, South America or Africa," Ohio Attorney General Dave Yost, who is part of the pending deal, told NPR.

Under the terms of the proposal, future revenue from the sale of OxyContin would go into a trust designed to help communities struggling with the opioid epidemic.

The tentative deal would relaunch the Purdue company under non-Sackler ownership. The newly formed company will be managed by a group of trustees.

"That company and whether it continues in business to sell non-opioid drugs, or continues for a period of time to sell OxyContin under appropriate standards with appropriate marketing for appropriate uses is still being decided," said Joe Rice, another lead lawyer representing the municipalities. "It's a big open question."

More than a dozen other drug makers, distributors and pharmacy chains still face a federal opioid trial next month in Ohio that's considered a test case for establishing the pharmaceutical industry's liability.

Late Wednesday, in a separate ruling, the judge presiding over that case approved a dramatic expansion of the number of communities that could benefit from future class action suit leveled against drug makers.

Under U.S. District Judge Dan Polster's ruling, tens of thousands of cities, counties and other local governments across the U.S. will now automatically be included in opioid-related settlements with the pharmaceutical industry going forward, unless they opt out.

But Polster's decision does not apply to Purdue Pharma's pending settlement, where details are expected to be hammered out in the coming months in a consolidated bankruptcy proceeding.

While Purdue Pharma's tentative settlement would bring some relief to communities, a growing number of state attorneys general are lining up against the deal. They want the Sackler family to pay far more out of their personal fortune, valued by Forbes magazine at roughly $13 billion.

Others attorneys general from such states as Connecticut and North Carolina echoed this criticism. Some have promised separate lawsuits against the Sacklers in an attempt to hold them accountable and win payouts for the families of victims of the opioid crisis.

"Our position remains firm and unchanged and nothing for us has changed today," Connecticut Attorney General William Tong said in a statement.

Yost of Ohio acknowledge that there is a camp of discontented attorneys general who may never be satisfied with the settlement.

"There's a proposal that a lot of folks have signed on to. I don't think we have critical mass," Yost said. "But we're working on it."

Yet Farrell, representing the more than 2,000 other entities, said the first comprehensive settlement, which is a step closer to being approved by a bankruptcy judge, is a major development in the fight to curb opioid-related deaths in America.

"To be able to take down this Goliath and to have some type of justice of putting them out of business is an indication of the consequences a lot of these companies have moving forward with this litigation," Farrell said.

Purdue has pointed out that its products were approved by the Federal Drug Administration and that doctors were prescribing them to address patient pain. But the plaintiffs in the suit say company officials aggressively marketed opioids and downplayed the addictive risks, creating what they said was the prelude of the opioid crisis.

In March, Purdue and members of the Sackler family agreed to pay $270 million settlement and to pay legal fees to Oklahoma to avoid a trial over the company's role in the opioid crisis in that state.

In a statement, Purdue Pharma said it "continues to work with all plaintiffs on reaching a comprehensive resolution to its opioid litigation that will deliver billions of dollars and vital opioid overdose rescue medicines to communities across the country impacted by the opioid crisis."