Accessibility links
Supreme Court Says Migrant Asylum Can Be Restricted While Courts Deliberate The administration scores a victory in its efforts to reduce the number of asylum applicants presenting themselves at the U.S. southern border. 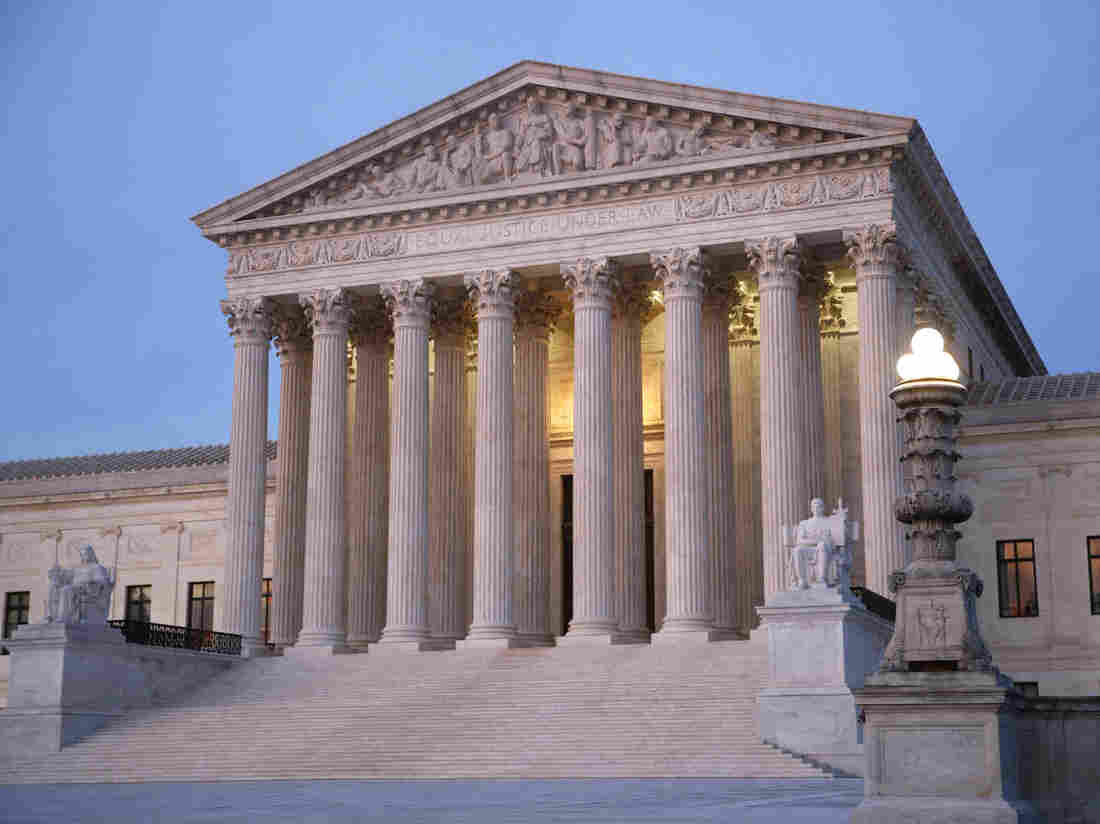 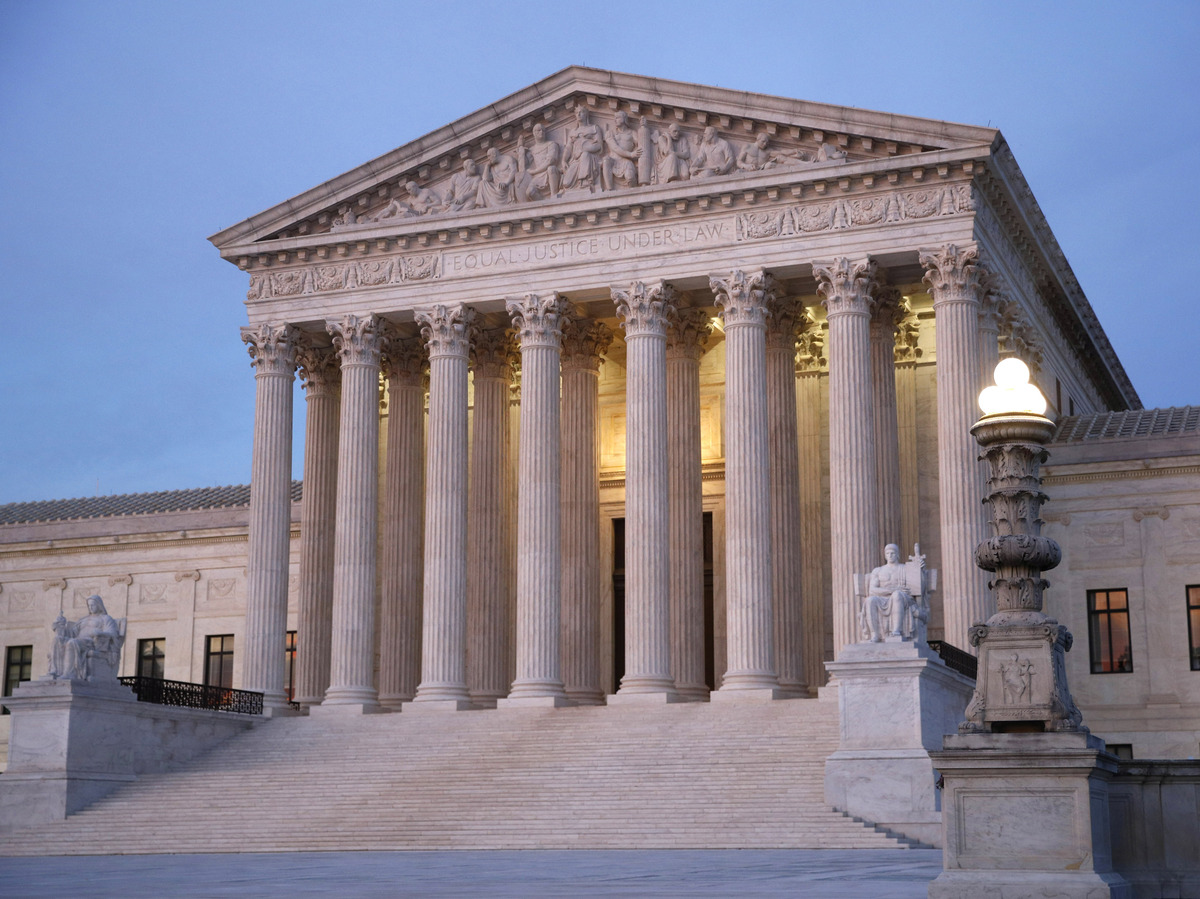 The U.S. Supreme Court building at dusk on Capitol Hill in Washington.

The U.S. Supreme Court ruled that the Trump administration may curtail asylum applications at the southern border while a legal challenge to the new rule is litigated in court.

By a vote of 7-2, the justices said the administration can enforce a rule announced in July requiring migrants to first seek asylum in the country through which they traveled to get to the United States, commonly referred by U.S. officials as "a third country."

In its order, the court did not explain the reasoning for its decision. Justices Sonia Sotomayor and Ruth Bader Ginsburg dissented.

"Once again the Executive Branch has issued a rule that seeks to upend longstanding practices regarding refugees who seek shelter from persecution," Sotomayor wrote.

"Although this Nation has long kept its doors open to refugees — and although the stakes for asylum seekers could not be higher — the Government implemented its rule without first providing the public notice and inviting the public input generally required by law," she said.

Migrant advocates, including the American Civil Liberties Union, argued that the administration implemented the rule without abiding by administrative law requirements, such public notice and comment.

President Trump declared victory in the debate over the controversial rule. "BIG United States Supreme Court WIN for the Border on Asylum," he tweeted.

Later, the White House weighed in by thanking the Supreme Court for essentially reversing a lower court ruling imposing a nationwide injunction on the new asylum rule.

"We are pleased the Supreme Court has ruled our Administration can implement important, needed fixes to the broken asylum system," Principal Deputy Press Secretary Hogan Gidley said in a statement. "The district court's erroneous nationwide injunction was another in a series of overreaching orders that allowed a single, non-elected district court judge to override policy decisions for the entire Nation."

Gidley was referring to rulings by U.S. District Judge Jon S. Tigar who had initially blocked the new rule from taking effect in late July, saying "it is inconsistent with the existing asylum laws." But a three-judge panel of the U.S. 9th Circuit Court of Appeals narrowed that order, ruling it only applied in California and Arizona, where the appellate court has jurisdiction.

Judge Tigar sought to reimpose his nationwide ban on the asylum rule on Monday, but the 9th Circuit again intervened on Tuesday and narrowed Tigar's order.

Immigrant advocates were disheartened by the high court decision. They said all of the court rulings thus far have been in preliminary proceedings and the merits of the case have not been argued in court.

"We are looking at a potentially devastating situation at the southern border," Lee Gelernt of the American Civil Liberties Union told NPR. "People are fleeing serious danger and now they will not be allowed to apply for asylum. This is an unfortunate setback but we have to keep fighting because the practical is enormous."