Accessibility links
Fugitive Couple Accused Of Murder Are Caught After Weeks On The Run The U.S. Marshals Service says Blane Barksdale, 56, and wife Susan, 59, "overpowered and kidnapped" three people, including two security guards, on Aug. 26 during extradition from New York to Arizona. 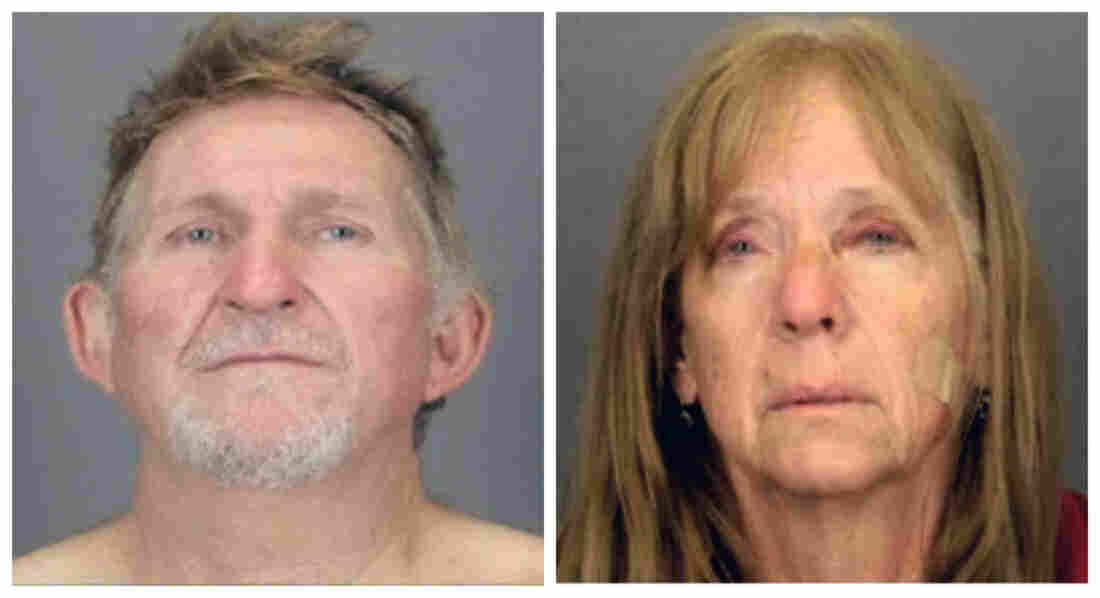 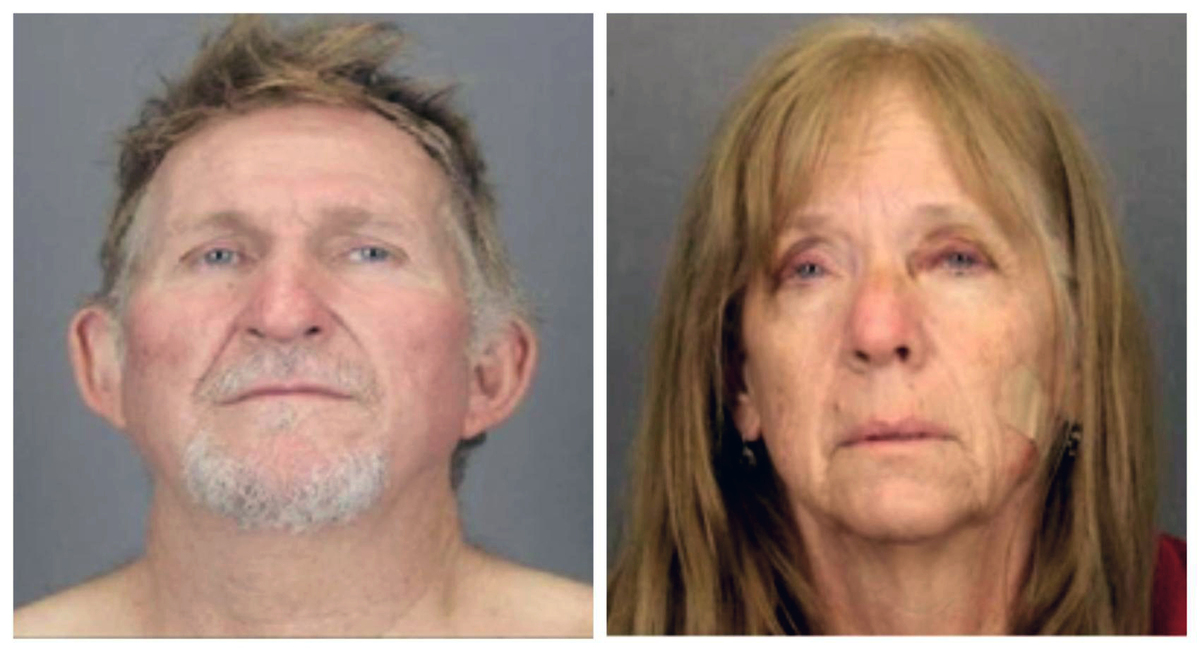 Blane Barksdale, 56, and his wife, Susan Barksdale, 59, escaped custody on Aug. 26 while being extradited from New York to Arizona after overpowering two security guards.

Husband-and-wife murder suspects who overpowered their guards as they were being extradited from New York to Arizona and managed to elude the law for weeks have finally run out of road.

At a news conference Thursday, David Gonzales, the U.S. marshal for Arizona, says the arrest of Blane and Susan Barksdale is "obviously a big relief off our shoulders."

The Barksdales — Blane, 56, and his wife, Susan, 59 — were taken into custody Wednesday evening. The Navajo County (Ariz.) Sheriff's Office said on Facebook that it assisted the U.S. Marshals Service and that the Barksdales were apprehended "without incident."

The couple escaped custody on Aug. 26 en route to Arizona, where they face charges including first-degree murder, in connection with the death of a 72-year-old Arizona man.

Gonzales says that for the more than two weeks that the Barksdales were on the run, authorities received "hundreds" of leads throughout the country about their whereabouts.

He says that one tip, however, was "really intriguing" because it fit the profile authorities had long suspected, suggesting that the couple may be hiding out in a remote area of Arizona's Tonto Basin. There, the Barksdales have an acquaintance "with a drug background" who is on federal probation for selling methamphetamine, according to Gonzales.

Officials say that on Wednesday evening, law enforcement from several agencies, including the FBI, local sheriff's deputies and Arizona's Department of Public Safety, surrounded the home where the suspects were thought to be hiding and got on a megaphone to summon them out.

Five minutes later, Susan Barksdale followed suit. She was described as "sobbing, very upset" before she was taken into custody. After another few minutes, Blane comes out.

After initially responding to officers' commands, officials say he became "verbally abusive" toward officers, also using obscene gestures. Officials say the arrest was made after Blane was shot in the leg with nonlethal force.

"That ended the saga that we've been dealing with for the last 16 days," Gonzales told reporters.

How the alleged escape went down

The Marshals Service says a little more than two weeks ago, the Barksdales "overpowered and kidnapped" two security officers and another prisoner near Blanding, Utah, about 50 miles from the Utah-Arizona border. Blane Barksdale is 6-foot-5 and weighs about 260 pounds, while Susan Barksdale is 5-foot-7 and 120 pounds.

The couple drove the prison transport vehicle to Vernon, Ariz., where they got a pickup truck provided by an acquaintance, according to officials. Then they "abandoned the locked prison van with the three occupants inside."

Before they vanished, the fugitive couple was spotted driving a red GMC Sierra truck with an Arizona license plate.

On Monday, the Marshals Service sent an alert saying that the search for the couple had "intensified" and that Blane Barksdale had been added to its 15 Most Wanted List. The Marshals offered a reward of up to $25,000 for information leading directly to his arrest. A reward for up to $10,000 was offered for information on Susan Barksdale.

The Barksdales are suspected of killing a man named Frank Bligh in Tucson, Ariz. Marshals say Bligh has been missing since his home burned down April 16. Investigators determined the fire was set intentionally and discovered that more than 100 firearms had been stolen from the residence.

They also are facing charges of first-degree burglary, arson of an occupied structure, criminal damage and auto theft.

Authorities say the federal charge of unlawful flight to avoid prosecution will likely be dismissed after the Barksdales are extradited to Tucson to face the homicide charge.

There are still many unknowns with the case.

For one, authorities still don't know where Bligh's body is. Federal investigators will also try to pin down how many individuals were helping the couple elude law enforcement for the 16 days.

Additionally, officials admitted on Thursday that they are still looking for the GMC Sierra truck used in the couple's getaway.

Gonzales tells reporters that when Blane Barksdale was being booked into custody, he gave a little advice to the arresting officers, as told by Gonazales: "Be careful. It's dangerous out there."