Accessibility links
What Is The Filibuster? Elizabeth Warren Says In Debate She Wants To End It The majority does not rule in the Senate, and that has some Democrats — including presidential candidate Elizabeth Warren — pushing to change how things work. Others warn that could backfire. 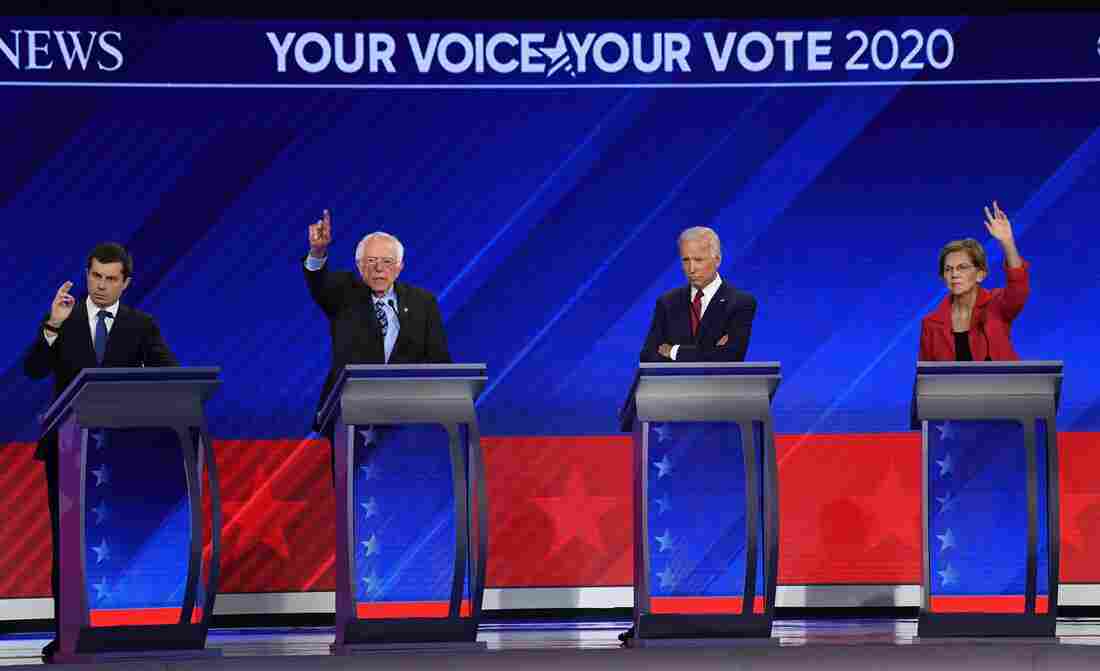 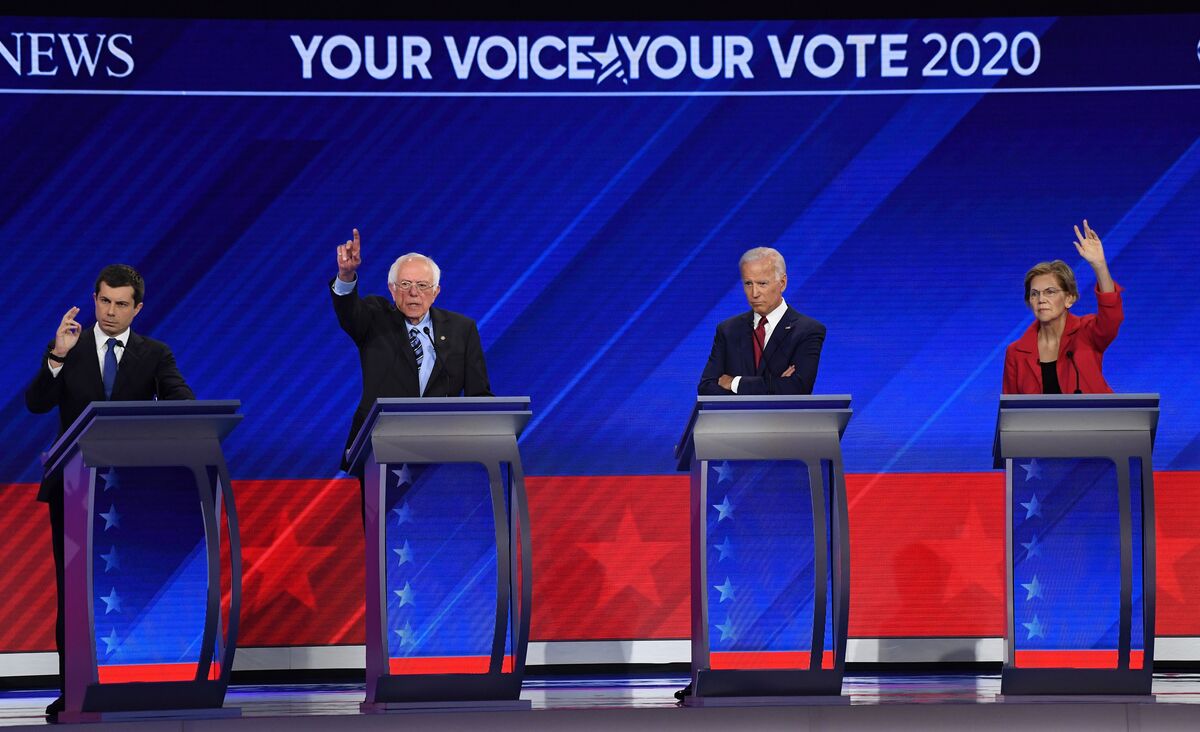 The fate of the filibuster — a 60-vote threshold for most legislation in the U.S. Senate — is again an issue of controversy among Democratic presidential candidates.

"We have a Congress that is beholden to the gun industry," said Warren during Thursday night's debate. "And unless we're willing to address that head-on and roll back the filibuster, we're not going to get anything done on guns. I was in the United States Senate when 54 senators said, 'Let's do background checks; let's get rid of assault weapons,' and with 54 senators, it failed because of the filibuster."

Speaking immediately after her, Sen. Bernie Sanders of Vermont rejected ending the filibuster but also said he would "not wait for 60 votes" to pass priorities of his, such as "Medicare for All" or climate change legislation. Instead, he suggested existing parliamentary tactics to get bills through Congress without being filibustered.

But Warren's argument is one that many liberals have become attuned to after seeing how effectively now-Senate Majority Leader Mitch McConnell wielded the filibuster when he was minority leader during much of Barack Obama's presidency.

Many progressive activists fear that a lot of the ideas Democrats have been debating won't actually become law if a Democrat becomes president in 2021 unless the party either has 60 of the Senate's 100 seats, an impossibly tall order, or changes the chamber's rules to make it easier to pass bills without the cooperation of the other party.

Here's how NPR's Ron Elving explained the filibuster in 2017:

"The filibuster used to be a rare and powerful tool for lawmakers to use when they wanted to hold up the normal course of business. But as rules changed to require fewer votes to shut one down, senators began to invoke it as a regular threat. Now, there are even fewer circumstances where it can be used."

In the modern era, the filibuster has been used at record rates, making almost nothing passable without 60 votes.

"There were a record number of cloture motions filed during the Obama years when the GOP was in the minority. (Cloture motions are essentially what's used to end debate, which takes 60 votes, or stop a filibuster.)"

A number of Democratic presidential candidates want to get rid of the filibuster (although Warren is the only senator who embraces the idea). And it's a rare idea that President Trump agrees with them on, having experienced his own frustrations trying to get bills through Congress only to see them die in the Senate despite receiving majority support.

The U.S. Senate should switch to 51 votes, immediately, and get Healthcare and TAX CUTS approved, fast and easy. Dems would do it, no doubt!

But many long-serving lawmakers disagree, warning that a no-holds-barred approach would take hold in the Senate and that the minority could block nothing, even things the party finds odious.

Delaware Sen. Chris Coons told NPR in March that it's not about Senate power — it's about giving minority parties protection and encouraging bipartisanship.

"It's a terrible idea," said Coons, who has long defended the filibuster. "Democrats would reap the whirlwind almost immediately."