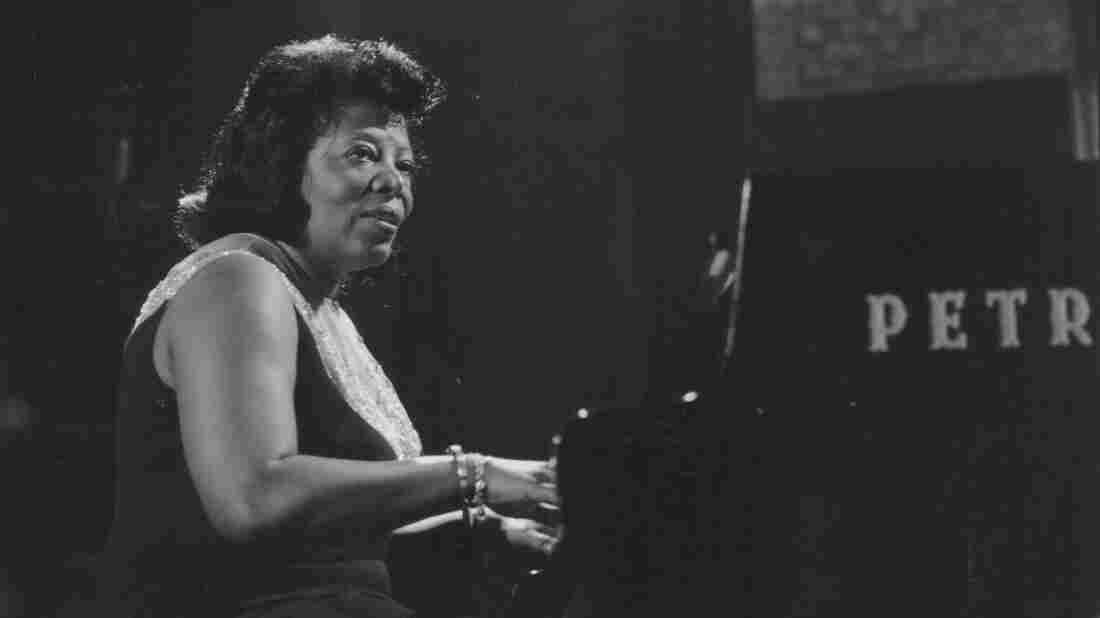 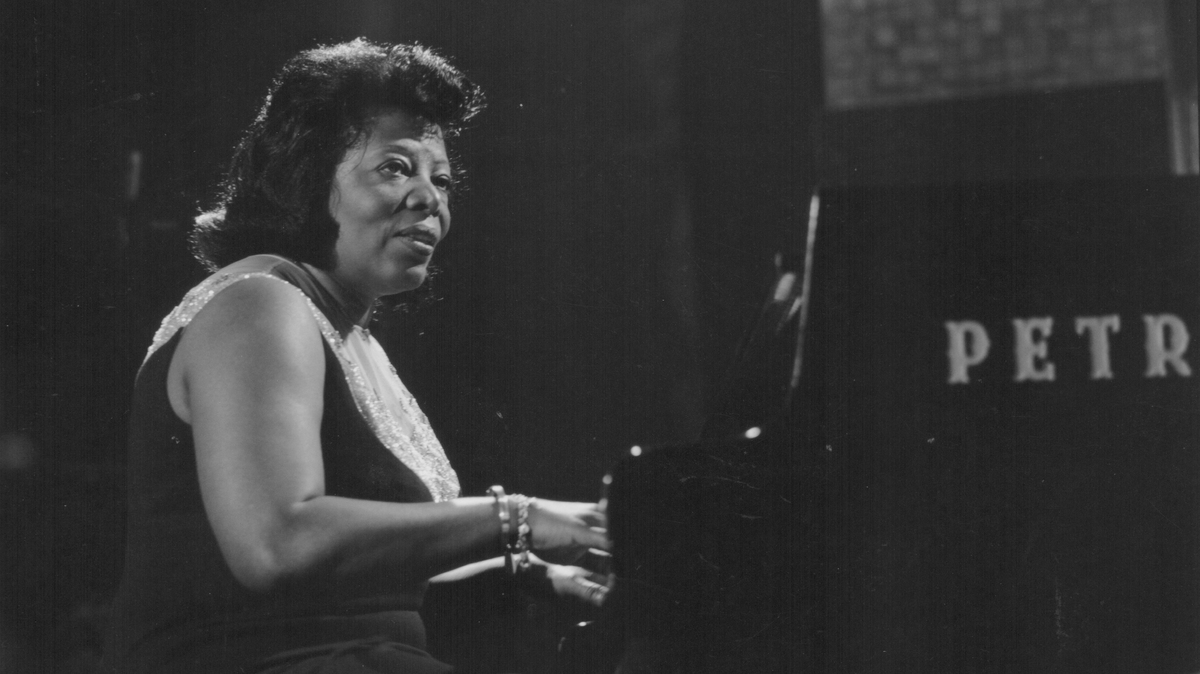 Mary Lou Williams performed her groundbreaking devotional hymn St. Martin de Porres at the Monterey Jazz Festival in 1965 with an eight-voice choir. Later this month at Monterey, artists-in-residence drummer Allison Miller (who has worked with artists including Natalie Merchant and Erin McKeown) and bassist Derrick Hodge (who has worked with Maxwell and Common) will pay tribute to Williams in a program titled "Soul on Soul" that includes her tribute to the so-called "Black Christ of the Andes." This unusual pair, experts at balancing tradition with innovation, plans to revisit Williams' work from the 1960s and '70s with imaginative instrumentation: three vocalists, two pianists, bass and drums. Williams' piano typically lived at the center of her compositions, but Miller and Hodge heap praise on her masterful writing for their instruments as well.

Lara Pellegrinelli: As the "First Lady of Jazz," Mary Lou Williams is a figure of great historical and symbolic importance. But is her music relevant today?

Allison Miller: Mary Lou Williams will always be relevant. She's one of my idols. Derrick and I want to represent her in a way that honors her and also feels fresh. This project will give us an opportunity to leave our artistic imprint on the music that is her legacy.

In digging deeper, I've been surprised to realize just how contemporary her music feels. I've gone back to certain records I used to listen to, and I've fallen in love with them again. In particular, there's one from 1974 called Zoning. I'd always loved that record, but I'm obsessed with it now. I've been taking songs from the album and transcribing them, sitting with them, living with them and playing them on the piano every time my kids leave me alone long enough to have a quiet moment. It's been fascinating. The shift of a couple of notes or a subtly different harmonic approach can make a piece feel entirely new. That has been a wild discovery.

Derrick Hodge: For me, the biggest thing I found in diving into her music is the freedom of it. She was unapologetic in her approach and you could hear it. She isn't giving you a funky bassline and some complex harmony on top of it just because. She meant it. She was doing what she wanted to do. So that sense of freedom means that we can honor her without copying her. We can get down to the DNA of the music and go in our own direction from there. That's what makes her relevant.

When you refer to her approach as unapologetic, it reminds me of what pianist Geri Allen said when I interviewed her for a story about Mary Lou's centennial:

"Her fearlessness and self-determination, I think that is an inspiration, when you see a person so clearly confident in their voice. Because of her and her excellence, and because of her commitment to this very pristine level of artistry, my generation of players who are women don't have to go through that kind of resistance. I can't imagine it, to tell you the truth."

Hodge: I've always felt that confidence in her music. When I started to read more about her, I knew that it wasn't a coincidence: This came from her life, some of it from the adversity she faced. I think about all of the musicians she influenced, from Duke Ellington to Dizzy Gillespie, who didn't hire other women except [trombonist and arranger] Melba Liston. Their reverence for Mary Lou says it all.

That admiration came in part from her ability to grow. She always said, "You can't pin a style on me," and continued to evolve stylistically through the five decades of her career. In your project, you've chosen to focus on her later music: Black Christ of the Andes (1964); the album Allison mentioned, Zoning (1974); and Mama Pinned a Rose (1978). Why? 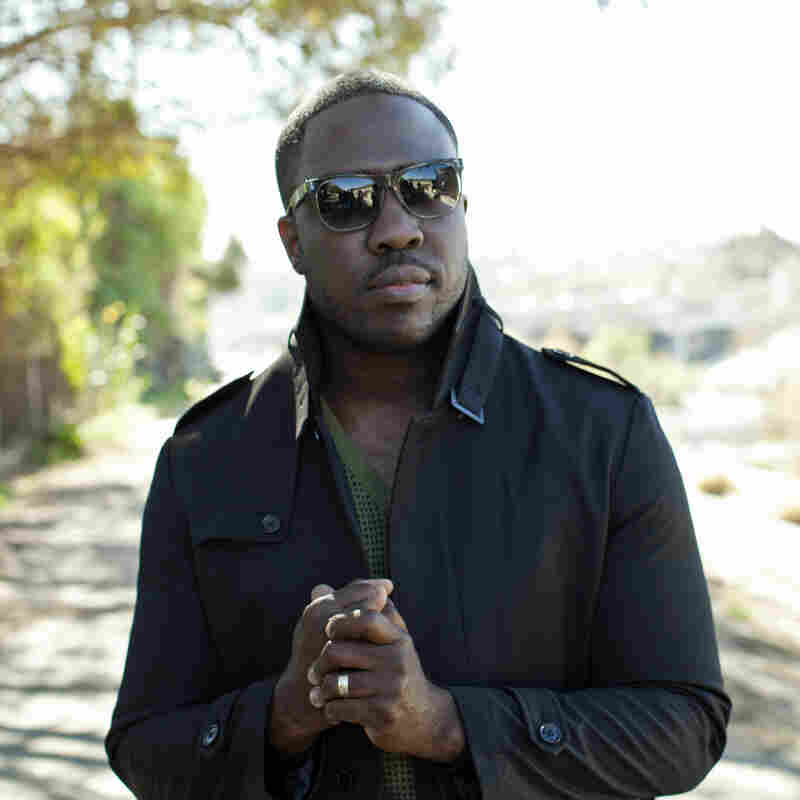 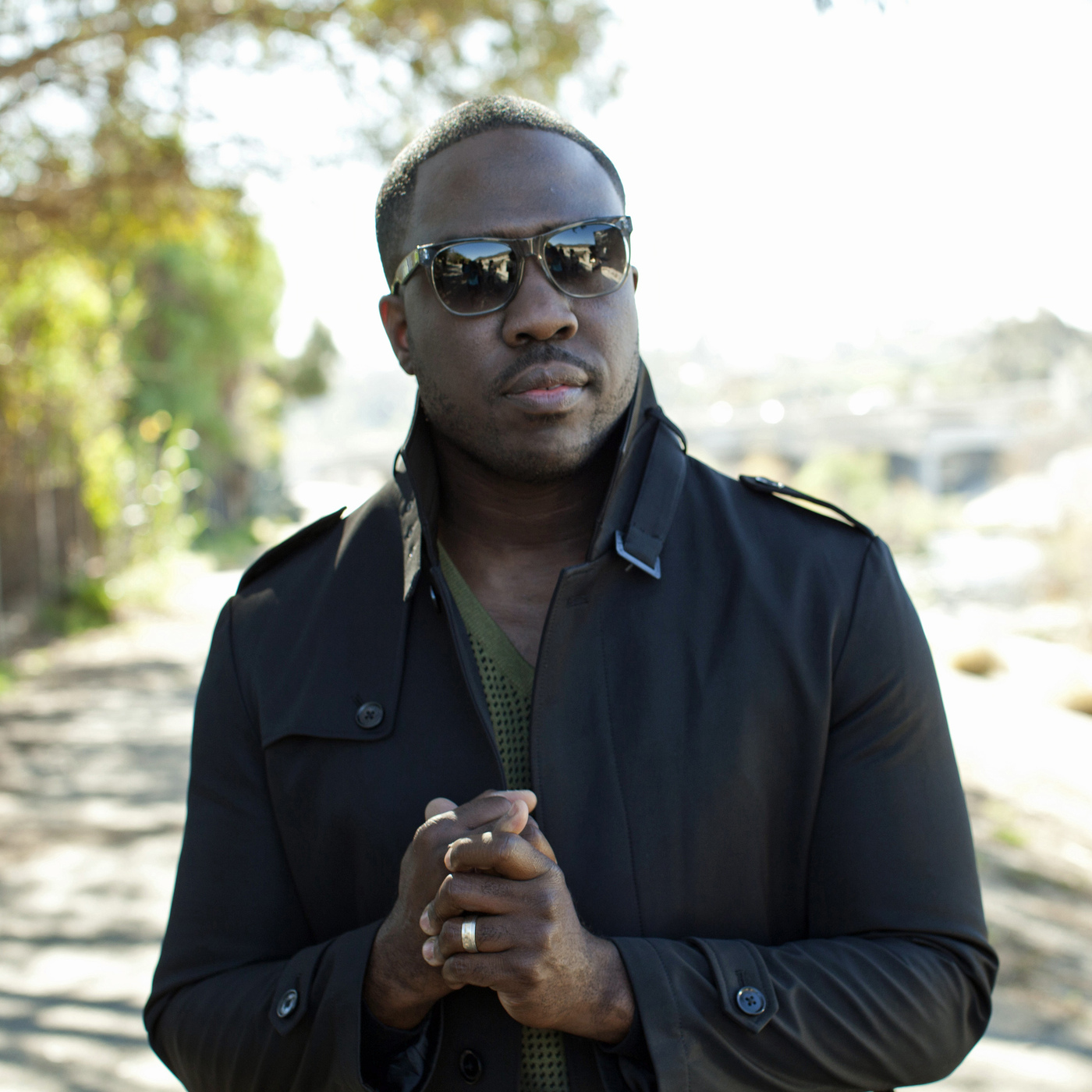 Chris Baldwin/Courtesy of the artist

Hodge: In terms of song choices, it was what spoke to us and gave us the most liberty to explore the combinations of our voices.

Miller: Of course, I felt that pull with St. Martin de Porres [from Black Christ of the Andes]. It's a masterpiece, a pinnacle in her life and career. It symbolizes an important moment, after she left the music business to focus on her spiritual life. She converts to Catholicism in the late '50s. At the point she creates this work, she's been playing professionally for such a long time, almost 40 years. And her vision radically shifts, which is just miraculous.

Hodge: For how long? 40 years! Think about that. You can tell that she was still listening, that she heard the albums being created at the time. A certain type of coolness is happening. Her harmonies are modern. They're not that different than what Miles Davis and [arranger] Gil Evans were doing, except they did it with horns. She's also forward thinking in the way that the bass is so present in those pieces and the mix for the recordings, matching the levels they were using at the time.

More on Mary Lou Williams from Turning The Tables

As instrumentalists, are these pieces fun to dig into?

Hodge: Her arrangements, like "Intermission" from Zoning, have the most amazing bass ostinatos, ones that she wrote. They cycle throughout, and the vibe is great. She's tapping into the sounds of the '70s. She makes them fun to play and fun to listen to.

Miller: Those bass ostinatos are very strong statements. I did an arrangement of "Intermission" on my second record and that's what drew me to the song. There's such clarity and rhythmic intention behind those lines. That rootedness in the foundation allows me as a drummer this incredible amount of freedom to swirl around.

Have you ever been to one of those trampoline parks where you can jump from square to square? There'll be a little platform in the middle where there's no trampoline. It's like home base. And that's the bassline. And then I can jump all around it. When I need to get my bearings again, I can just jump to that platform and hang out for a while.

When I listen to her recordings in this period, it feels like she's using drums compositionally in the same way she's using bass. How would you characterize it? 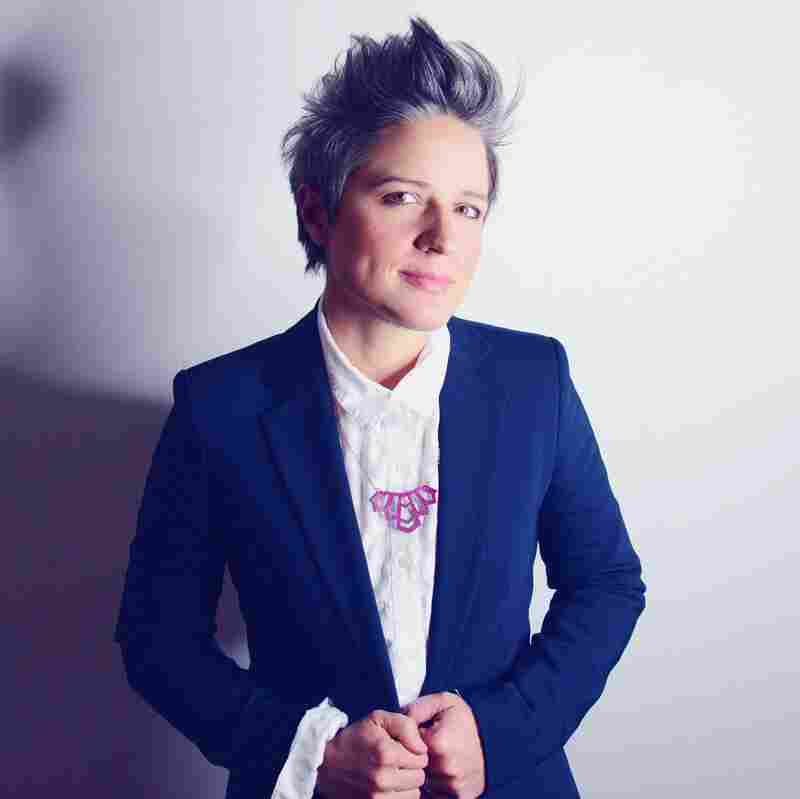 Miller: I always hear drums as a compositional element, and maybe that's another reason why I'm so drawn to this music of Mary Lou Williams.

Besides that, she has reminded me that there's strength in good thematic material. She gets right to what she has to say. It's like the perfectly crafted sentence. That's been useful for me to hold on to as a composer because it's easy for me to want to do too much. It's like I'm in the kitchen putting all of my spices in the lentil soup. I'm saying lentil soup because I made that last night. She has the perfect blend of spices and the perfect umami.

Miller: Come on over! I'll make you lunch.

What other lessons did you learn as you started making her compositions and arrangements your own for Monterey?

Hodge: In putting together our program, I've noticed how her pieces work together as a whole, with segues and transitions that enabled her to tell these stories. It's carefully thought through. Instead of laying down tune after tune, we're thinking about the overall arc of this hour that we have to honor her.

Miller: Derrick and I feel like we have known each other for way longer than we actually have. Our creative landings are very similar. It's uncanny really. I'd say we came to this band with its instrumentation and its personnel very quickly.

Hodge: Without even discussing it beforehand, we both thought it would be cool to have a non-traditional set up. We worked with Michael Mayo at the Next Generation Jazz Festival at Monterrey. And we were both were like, Well, we need him. He's amazing! We're having a total of three vocalists, including Johnaye Kendrick and Jean Baylor, very strong artists in their own right. There will be places where the singers honor Mary Lou's written parts, but they'll also have the space to be free.

Miller: Derrick, I think this concept of having two pianists was your idea. That gives us even more freedom to explore. Mary Lou's playing had such strength of character, even late in her life. Carmen Staaf and Shamie Royston were great choices because they both have relationships with Mary Lou. They've performed her music, written music for her, or been involved with an organization focused on her. They have different sounds on the piano, so I think it will mix beautifully.

Carmen and I have worked together as a duo. We really clicked because we have many of the same values musically. We did her tune for Mary Lou "MLW," which is grounded in groove and swing, on our duo album Science Fair. She plays so rhythmically.

After Black Christ of the Andes was released in 1964, Mary Lou started distributing a one-page handout titled "Jazz for the Soul" at her performances. The last paragraph reads (in all caps): "YOUR ATTENTIVE PARTICIPATION, THRU LISTENING WITH YOUR EARS AND YOUR HEART, WILL ALLOW YOU TO ENJOY FULLY THIS EXCHANGE OF IDEAS, TO SENSE THESE VARIOUS MOODS, AND TO REAP THE FULL THERAPEUTIC REWARDS THAT GOOD MUSIC ALWAYS BRINGS TO A TIRED, DISTURBED SOUL AND ALL 'WHO DIG THE SOUNDS.'"

If you were going to have a message for your audience at Monterey, what would it be?

Hodges: That's classic! I don't know what I can say that will top that. Honestly, I hope they will come and have a good time. I want them to feel what we felt through this entire process, that amazing spirit that connects all of this music beyond eras.

Miller: My most powerful moments in a concert environment have been where it feels like a communal gathering. Where the audience and the performers feel like one. Where we all leave feeling like our lives have been transformed. Much like a powerful service. That's what I always hope for as an audience member and as a performer. I hope we will all leave that space feeling like we got nourishment of the soul. And that we've been transformed in that moment. It should be like a spiritual refueling station that we visit so that we can now go and hopefully continue our lives to make this world a better place.