Accessibility links
Regulate Big Tech, Microsoft's Brad Smith Says; Democracy Is At Stake Brad Smith says governments need to step in and set rules for the Internet giants. "Almost no technology has gone so entirely unregulated, for so long, as digital technology," he says. 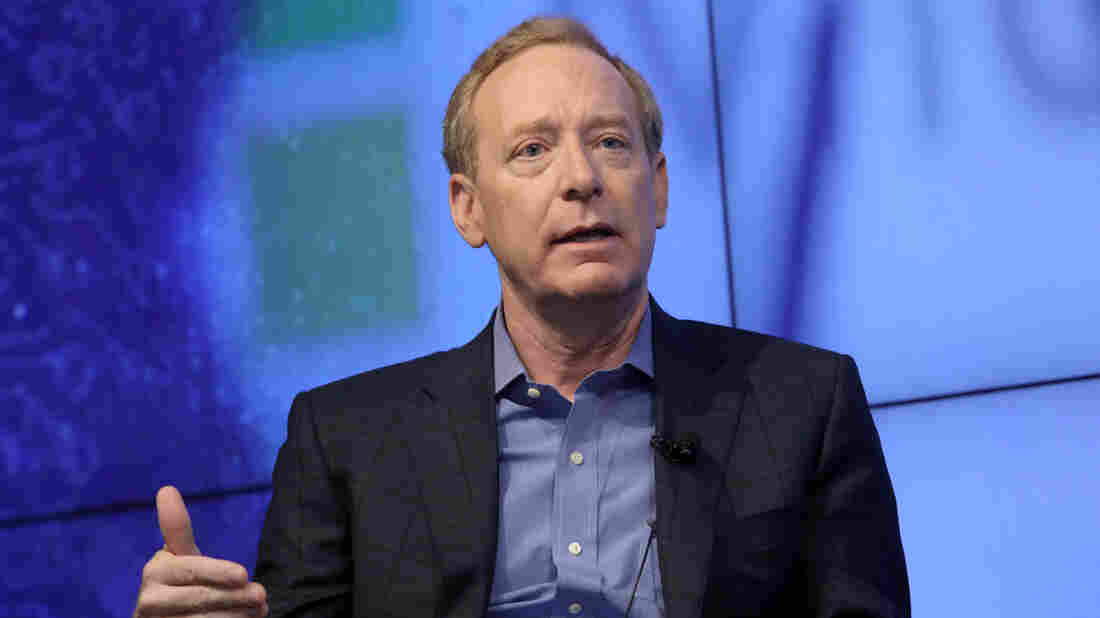 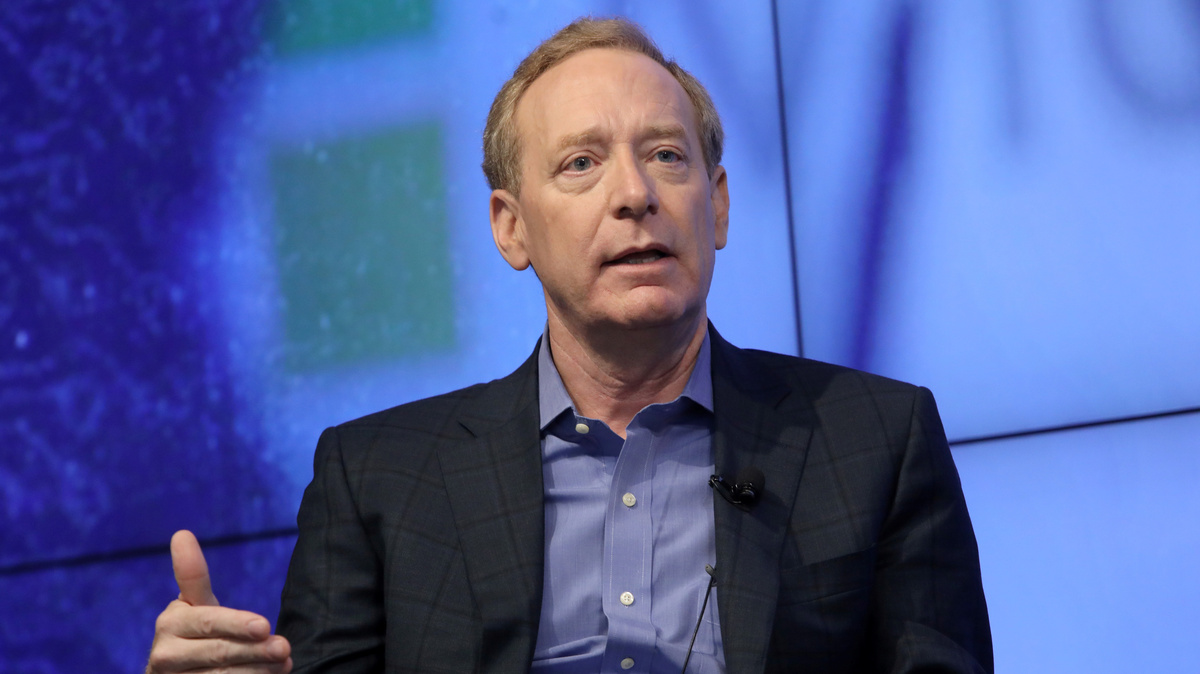 Microsoft President Brad Smith says governments need to set rules for big technology companies. "Almost no technology has gone so entirely unregulated, for so long, as digital technology," he says.

Regulate us. That's the unexpected message from one of the country's leading tech executives. Microsoft President Brad Smith argues that governments need to put some "guardrails" around engineers and the tech titans they serve.

If public leaders don't, he says, the Internet giants will cannibalize the very fabric of this country.

"We need to work together; we need to work with governments to protect, frankly, something that is far more important than technology: democracy. It was here before us. It needs to be here and healthy after us," Smith says.

Smith has co-authored, with Carol Ann Browne, Tools and Weapons: The Promise and the Peril of the Digital Age. The title reflects a simple fact about how any technology — and digital tech in particular — works: It can be a tool or a weapon, much like a knife.

Microsoft is not in the crosshairs right now. But when it was, back in the 1990s, Smith was the man repeating that well-worn refrain about how regulation kills innovation.

According to Smith, the threat that Microsoft posed during its protracted antitrust case was economic. Today, the tech giants — whose tools have been used to interfere in fair and free elections — are posing a much bigger threat to the political stability of many countries, including the U.S.

Smith has proposals that are not popular in Silicon Valley. For one, he argues, it's time to reform the U.S. law that says Internet platforms are not liable for just about any of the content running through their pipes — hate speech, death threats and ads for counterfeit goods or illegal guns.

That law has enabled Microsoft's competitors — Amazon, Facebook and Google and its subsidiary YouTube — to grow at breakneck speed. "Almost no technology has gone so entirely unregulated, for so long, as digital technology," Smith says. 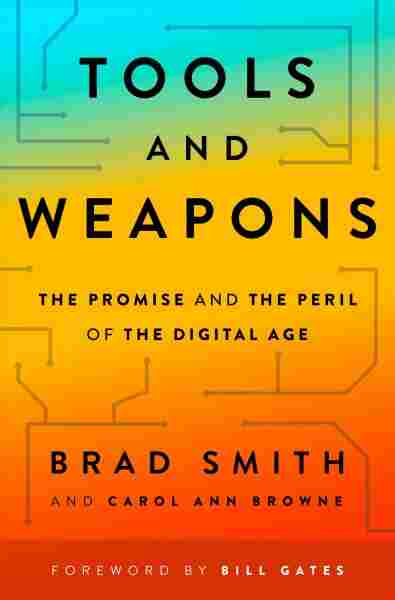 The Promise and the Peril of the Digital Age

Skeptics say Smith's rhetoric masks an agenda to keep Microsoft on top. A tough law making Internet platforms accountable for content poses a greater threat to the competition than to Microsoft. And calling for regulation doesn't necessarily mean the strongest regulation. Earlier this year, in its home state of Washington, Microsoft pushed back on a facial recognition bill that protected civil rights in favor of a less restrictive bill. And other tech chiefs — including Facebook's Mark Zuckerberg — have said there's a need for some regulation.

But Smith goes further and deeper than his peers, by arguing that governments need to probe the fundamentals of the data economy. He poses these questions: Where do our data go? Who gets to call the shots on how our data get used: the few companies — Microsoft included — that have collected the informaton?

"I worry that if all of the data on which the world relies is in the hands of a small number of tech companies, you're going to see a massive transfer of economic wealth," he says.

This week, nearly every state attorney general in the U.S. joined an antitrust probe into Google. Last week, nine attorneys general launched an investigation of Facebook.

It will be years before a court ruling (if any) lands. Smith encourages his fellow tech leaders to look for places where they can compromise. He is the one who pushed Bill Gates and Microsoft to enter a settlement, which was hard, emotionally.

"There were days when people would say, 'Why are you such a wimp?' " Smith recalls. "The answer in my view was because it was the wrong fight to fight" and "it often takes more courage to compromise than it does to keep fighting."

That sounds like geopolitical, business and marriage advice. Maybe Smith has another book in him.