Accessibility links
PG&E Agrees To Pay $11 Billion Insurance Settlement Over California Wildfires The deal, which a bankruptcy court must approve, covers most of the claims from the Camp Fire in 2018 and Northern California wine country fires in 2017. Insurance companies had sought $20 billion. 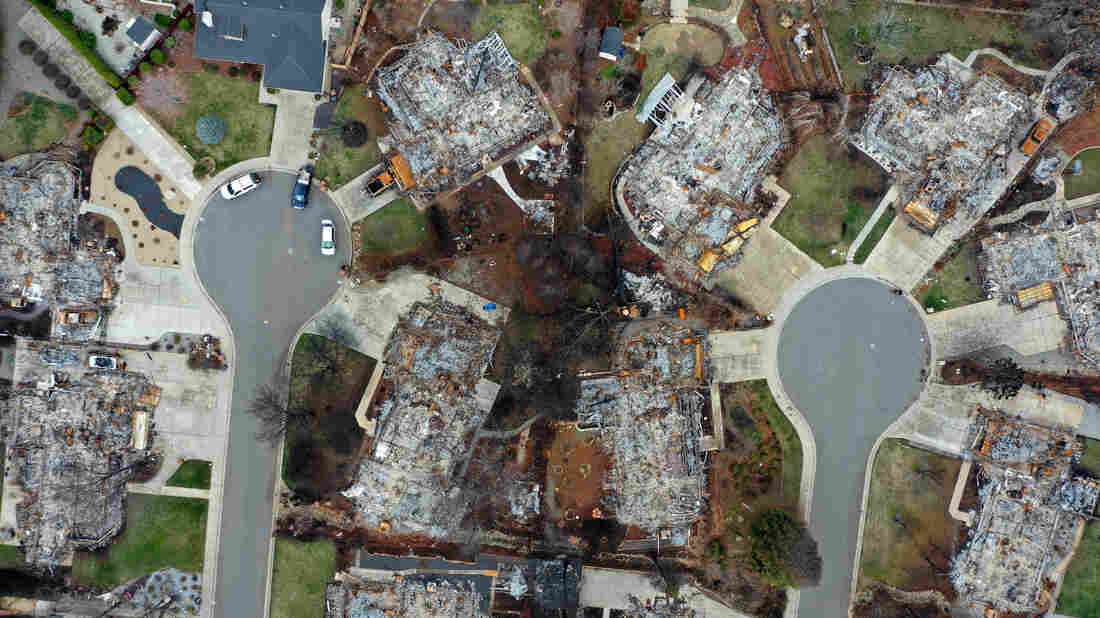 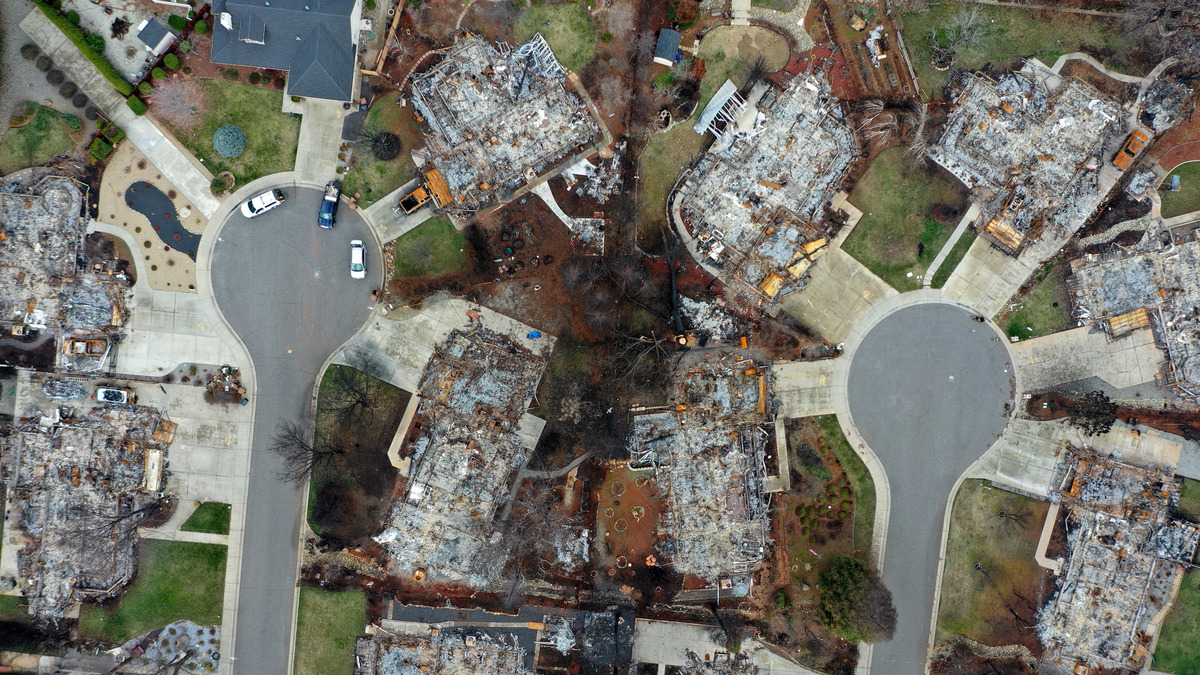 PG&E says it will pay $11 billion to resolve insurance companies' claims from the 2017 Northern California wildfires and the 2018 Camp Fire. Here, destroyed homes are seen in Paradise, Calif., where the Camp Fire raged last November.

Utility giant PG&E has agreed to a second large settlement over devastating Northern California wildfires, saying it will pay $11 billion to resolve most insurance claims from the wine country fires in 2017 and massive Camp Fire in 2018.

"These claims are based on payments made by insurance companies to individuals and businesses with insurance coverage for wildfire damages" in those catastrophic blazes, PG&E said in announcing the deal.

The settlement will require the approval of a bankruptcy court, as PG&E filed for bankruptcy in January and recently entered into a Chapter 11 reorganization plan.

While the $11 billion sum is large, it's far smaller than the roughly $20 billion that the insurance companies had initially wanted, after paying out billions to California wildfire victims.

In a statement about the outcome, the insurance companies — which banded together as the Ad Hoc Subrogation Group — said that while their initial claim wasn't fulfilled, "we hope that this compromise will pave the way for a plan of reorganization that allows PG&E to fairly compensate all victims and emerge from Chapter 11 by the June 2020 legislative deadline."

PG&E CEO and President Bill Johnson, who joined the company in April, says the settlement is "another step in doing what's right for the communities, businesses, and individuals" that suffered damages from the fires.

PG&E's transmission lines were immediately suspected of playing a role in the Camp Fire that destroyed the town of Paradise — and in May, state fire investigators confirmed that the utility's electrical lines were to blame.

In June, PG&E announced it would pay $1 billion to 18 local governments and agencies affected by three large wildfires: the 2015 Butte Fire, the 2017 North Bay Fires and the Camp Fire. Butte County and Paradise will receive more than $500 million of that amount.

PG&E still faces a third large group of legal claims from individual plaintiffs, whose cases are pending in federal and state courts.