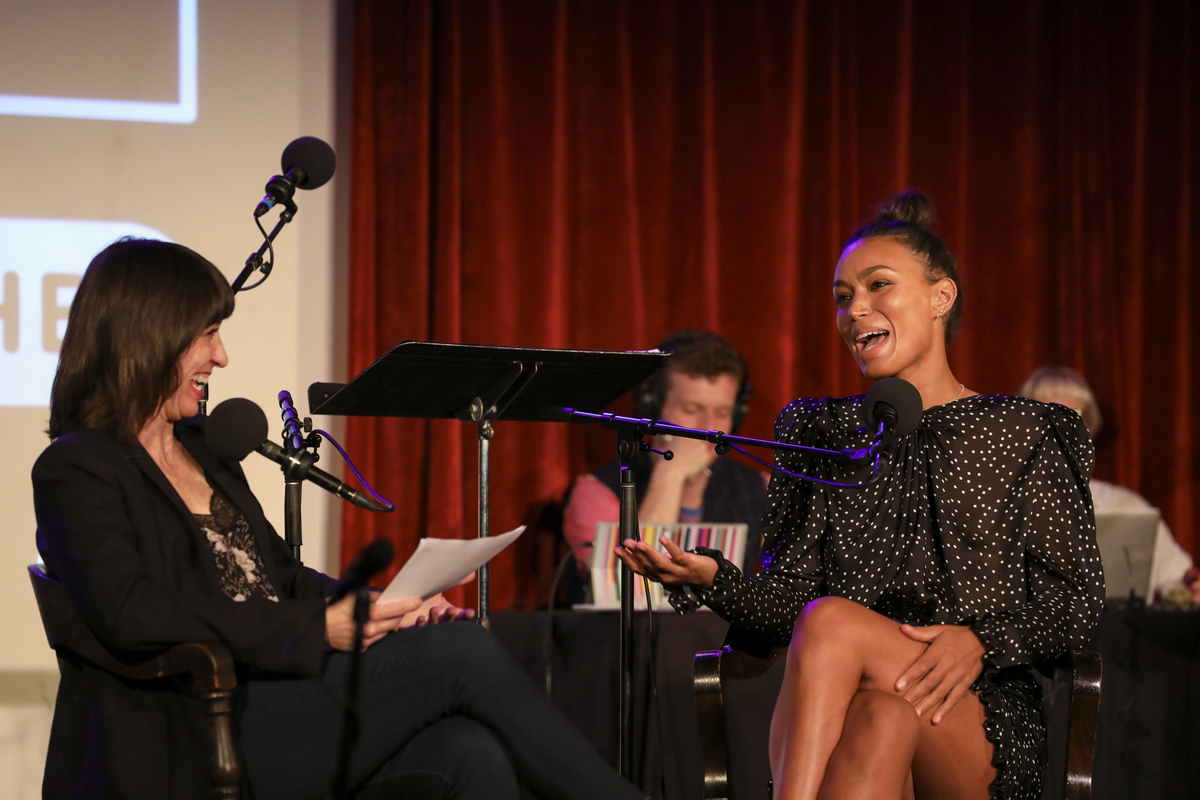 Ophira Eisenberg interviews Ilfenesh Hadera on Ask Me Another at the Bell House in Brooklyn, New York.

Long before she appeared in the 2017 big screen reboot of Baywatch alongside Dwayne "The Rock" Johnson, and the recent Netflix series She's Gotta Have It, Ilfenesh Hadera attended an after school theater program at The Harlem School of the Arts. Her mother hoped it would keep her out of trouble — but Hadera soon realized she enjoyed acting and wanted to pursue it. Now, the Harlem-raised Hadera stars in the new series Godfather Of Harlem.

At a taping of NPR's Ask Me Another at the Bell House in Brooklyn, New York, Hadera told host Ophira Eisenberg she struggled to find work as an actor. Hadera spent years working in the restaurant business to pay the bills. Eventually, she decided to move her career in a different direction, and enrolled in DJ school. Her time studying samples was short-lived, however, when she was put off by, as she put it, a "hardass" instructor.

It was then that she got a career-changing call about an audition for Spike Lee's 2011 film, Da Brick. Hadera got the part, and Lee apparently liked working with her — she's now appeared in four of his projects. 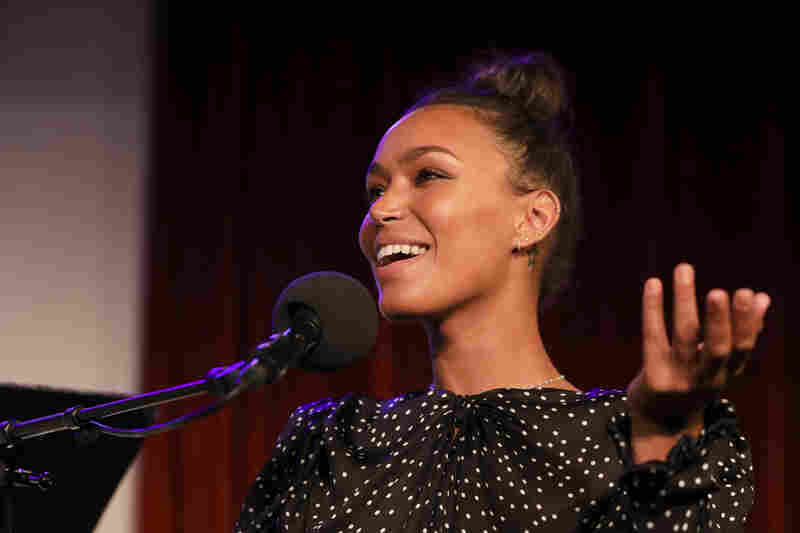 Ilfenesh Hadera appears on Ask Me Another at the Bell House in Brooklyn, New York. Mike Katzif/NPR hide caption 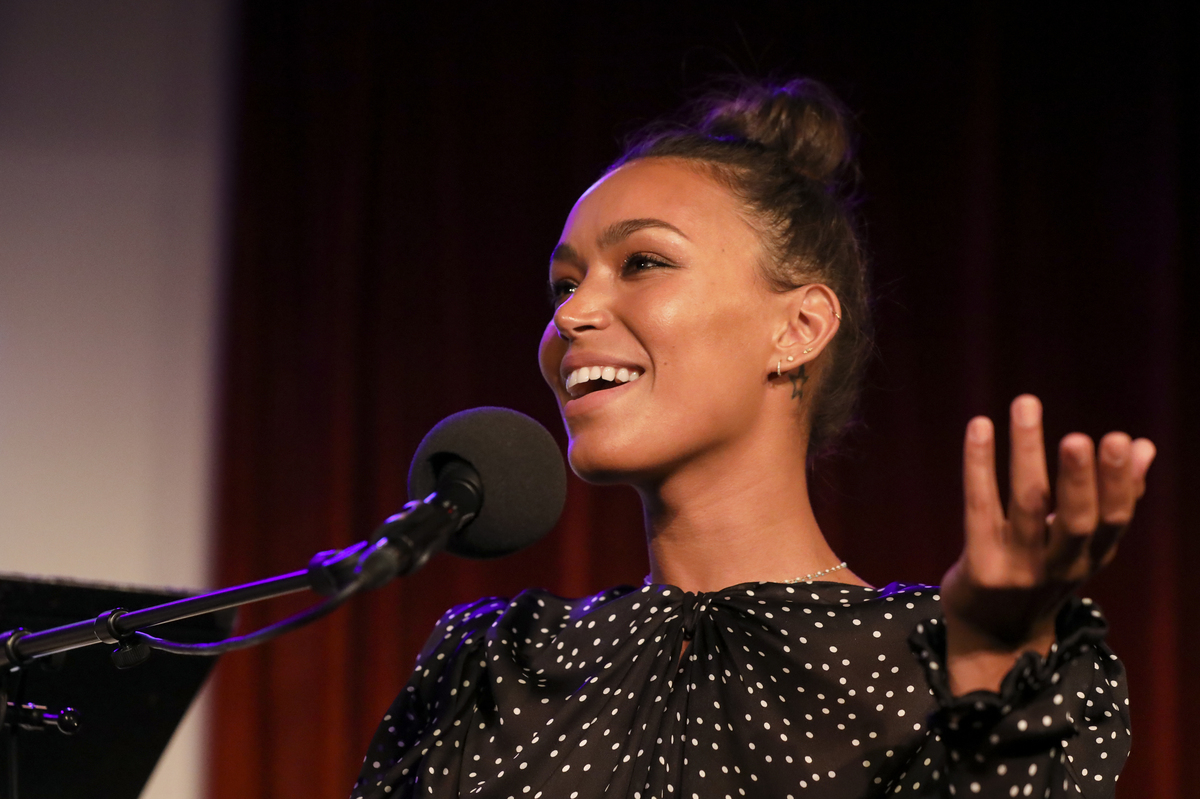 Ilfenesh Hadera appears on Ask Me Another at the Bell House in Brooklyn, New York.

Hadera's latest role is in the Epix series, Godfather Of Harlem, based on the true story of crime boss Bumpy Johnson. In it, Hadera portrays Johnson's wife, Mayme.

For her Ask Me Another trivia challenge, the DJ school dropout displayed her knowledge of hip-hop and rap samples in a game called, "Sample Sampler."

On her time at the Harlem School of the Arts:

"It's an amazing place, that's where I started during the summer. My mom wanted to keep me out of trouble, and it was either summer camp or The Harlem School of the Arts, so I reluctantly choose the theater program there. I did not like attention, and I still don't like attention or being in the spotlight. I choose that and it was the best thing that ever happened."

On auditioning for and working with Spike Lee:

"Spike has made me audition for every single part I have gotten from him. I think a lot of actors get to a certain point where they get offers. And I am sure Spike is not making Denzel [Washington] audition. But I think he is someone who has worked really hard for everything he has gotten and he is not a fan of handouts; and I respect that and I think that it is part of your job as an actor to audition. There's no ego there, it's just part of what you do."

Hadera plays Mayme Johnson, who was the wife of one of New York City's infamous crime bosses, Bumpy Johnson — who was also a subject of the movie American Gangster. Hadera said the real Mayme was unhappy with the 2007 film's depiction of one of Harlem's biggest drug dealers, Nicky Barnes (played by Cuba Gooding Jr.):

"Before she passed, [Mayme Johnson] wrote a book called Harlem Godfather. And I turned to that. She really had an issue with the portrayal of the relationship between Nicky Barnes and Bumpy Johnson in Ameican Gangster. It made it seem like Nicky Barnes came up under Bumpy Johnson and that he was his right hand man. She's very vocal about being like, 'This is not so, Nicky Barnes drove my man around like once before he was fired — he was not good enough to hang with Bumpy.'"

"It was a four month program, very intensive. It was only two days a week, but it was four hours a class. And I was really loving it. And then we had a very hardass DJ teacher... she's like 'you're going to come back next week and you're gonna get up and present your mix to the class whether or not you're ready.' And that to me is the way to ensure I never come back to DJ school. It was supposed to be this fun thing that could earn me lots of money, that I could love doing, and then she ruined it because she made it scary."

In our interview with Ilfenesh Hadera, she talks about her television series Godfather of Harlem and the relationship between the characters Nicky Barnes and Bumpy Johnson, as portrayed in the film American Gangster. Hadera misspoke, intending to reference the character Frank Lucas instead of Barnes.