Accessibility links
The Who Announces New Album, 'WHO,' Shares 'Ball And Chain' The veteran band's new single is a gritty swamp-rock critique of the Guantanamo Bay detention camp and the powers that have kept it open. 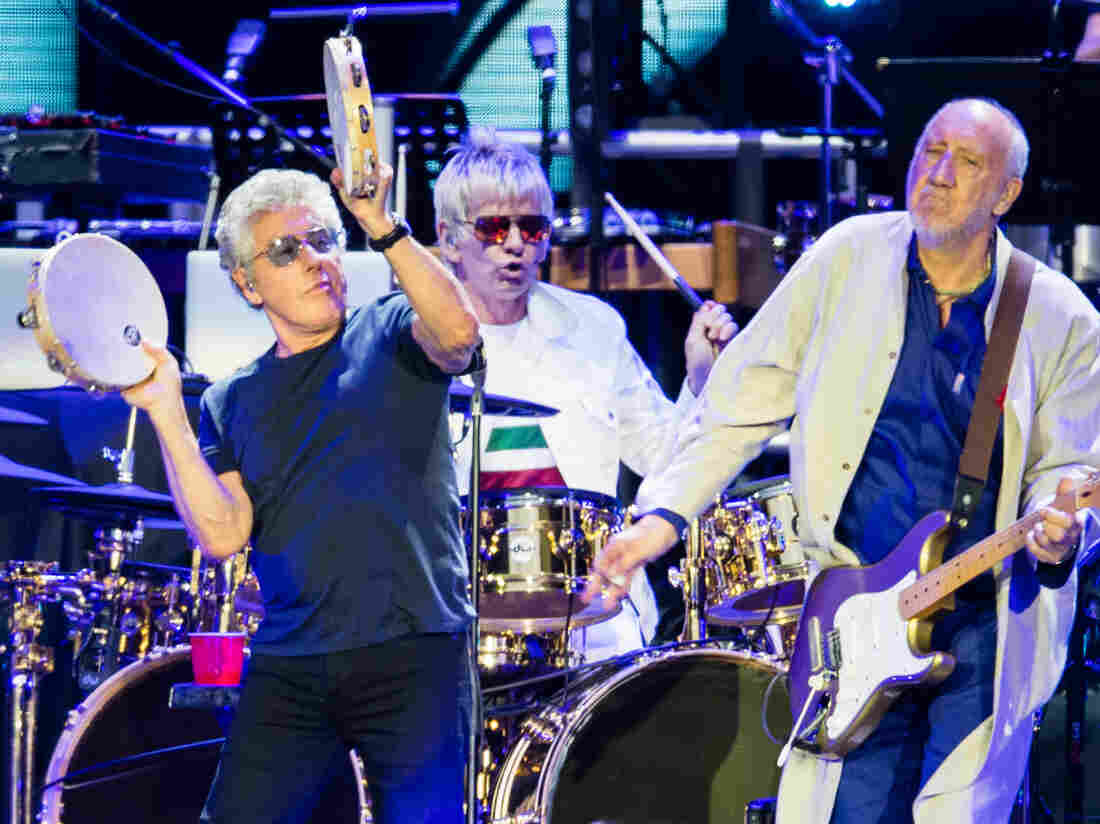 The Who at Wembley Stadium in July 2019. Samir Hussein/WireImage hide caption

Fifty-five years after first forming in London, The Who is back with an album of brand-new songs. WHO, due out later this fall, will be the band's 12th studio record. It includes the first single, "Ball & Chain," a gritty swamp-rock critique of the Guantanamo Bay detention camp and the powers that have kept it open.

"Down in Guantanamo," Roger Daltrey sings, "we still got that ball and chain. That pretty piece of Cuba designed to cause men pain."

The track features a number of classic Who sounds, including an arpeggiated piano line that opens the song in the spirit of "Baba O'Riley," as well as windmill power chords from Pete Townshend.

"Roger and I are both old men now, by any measure," Townshend says in a statement announcing the record. "So I've tried to stay away from romance, but also from nostalgia if I can. ... Some of the songs refer to the explosive state of things today."

Townshend and Daltrey are joined on the album by drummer Zak Starkey and bassist Pino Palladino.

WHO is due out Nov. 22 via Interscope.