Accessibility links
Sacklers Accused Of Shielding $1 Billion As Hedge Against Litigation The revelation comes after almost two dozen states reached a tentative settlement with the maker of OxyContin. 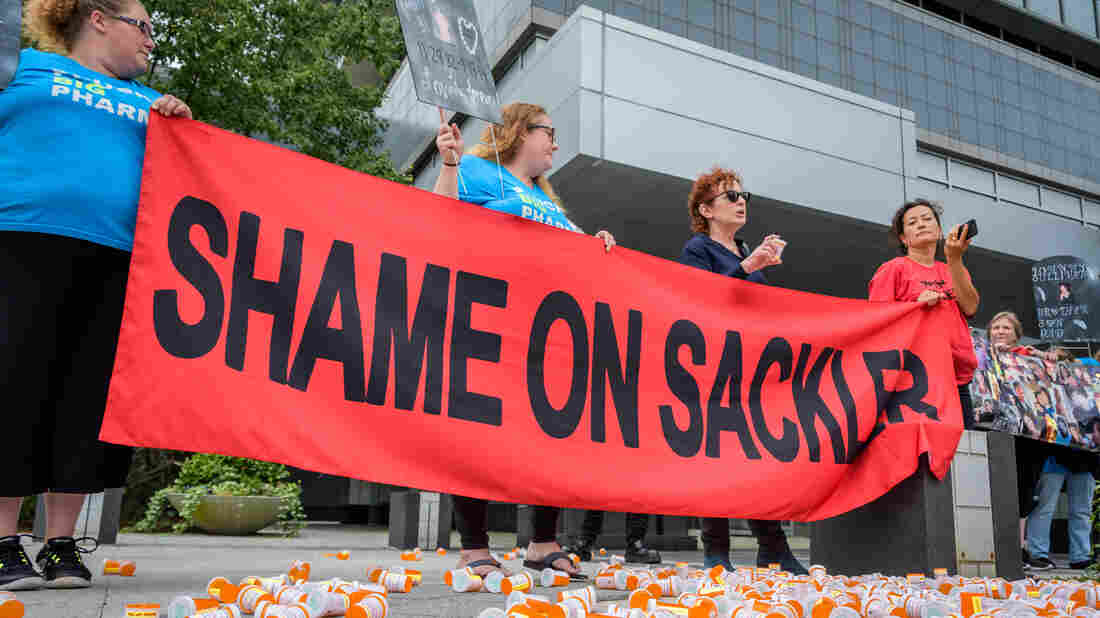 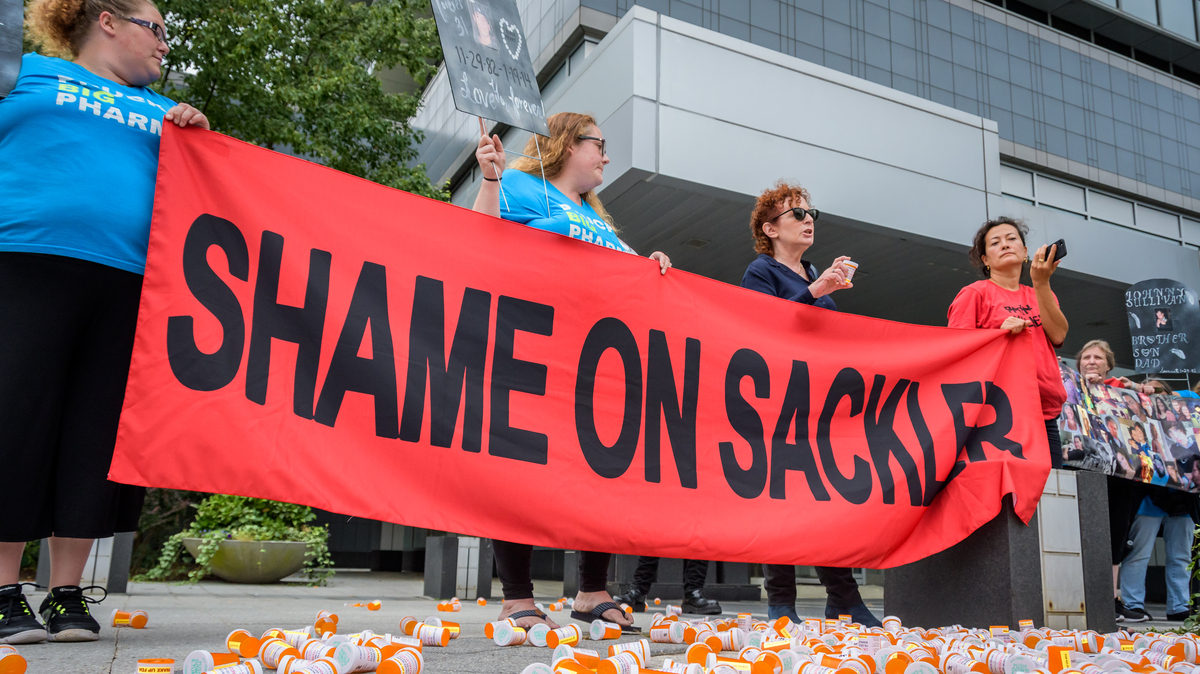 The allegation, which came in court documents filed late Friday, indicates that the Sackler family is trying to keep its wealth free from potential liability in other court cases involving Purdue Pharma's role in the opioid crisis.

"While the Sacklers continue to lowball victims and skirt a responsible settlement, we refuse to allow the family to misuse the courts in an effort to shield their financial misconduct," James said in a statement.

The filing comes after nearly two dozen states and 2,300 local governments reached a tentative settlement with Purdue Pharma to resolve thousands of lawsuits alleging that the company helped fuel the opioid crisis. New York and others states rejected the settlement.

James has been critical of the settlement, calling the deal "an insult."

The court filing highlights the activities of Mortimer D.A. Sackler, a former Purdue board member. It alleges that Sackler transferred millions of dollars from trust companies, at least one of which was previously unknown, through Swiss bank accounts to himself as early as 2009. Some of the funds were directed to real estate companies that owned Sackler family homes in Manhattan and the Hamptons, the filings said.

"There is nothing newsworthy about these decade-old transfers, which were perfectly legal and appropriate in every respect," a spokesperson for Mortimer D.A. Sackler said a statement emailed to NPR. "This is a cynical attempt by a hostile AG's office to generate defamatory headlines to try to torpedo a mutually beneficial settlement that is supported by so many other states and would result in billions of dollars going to communities and individuals across the country that need help."

A Purdue Pharma media representative told NPR that "the company has no comment."

The New York attorney general's office believes there is much more to be learned about the family's holdings and that information is central to arriving at a just settlement. Prosecutors want the court to enforce subpoenas of companies, banks and advisers tied to Purdue and the Sacklers.

Forbes estimates the Sackler family fortune at $13 billion, making the Sacklers the 19th wealthiest family in the nation.